As any frequent visitor to the Fox lot in West Los Angeles will have noted, amid the blocky buildings, iconic water tower and billboards are tucked a number of quirky topiaries. Penguins, elephants and Bart Simpson all owe their existence to one eccentric, self-taught studio landscaper: Kathy Jones, who sculpts the creations solo and without the aid of wire frames. “It’s the best-kept secret that everyone knows about,” says Jones, whose creations have inspired a segment on The Simpsons, were mentioned in Mindy Kaling’s 2016 book and even spawned an episode of Bones centered on a murderous topiary artist. “Having worked [on the lot] for 11 and a half years, and bringing children to work every day, the botanical sculptures were an iconic part of the landscape,” says Bones star Emily Deschanel. “It was a pleasure to have a character based on Kathy.” 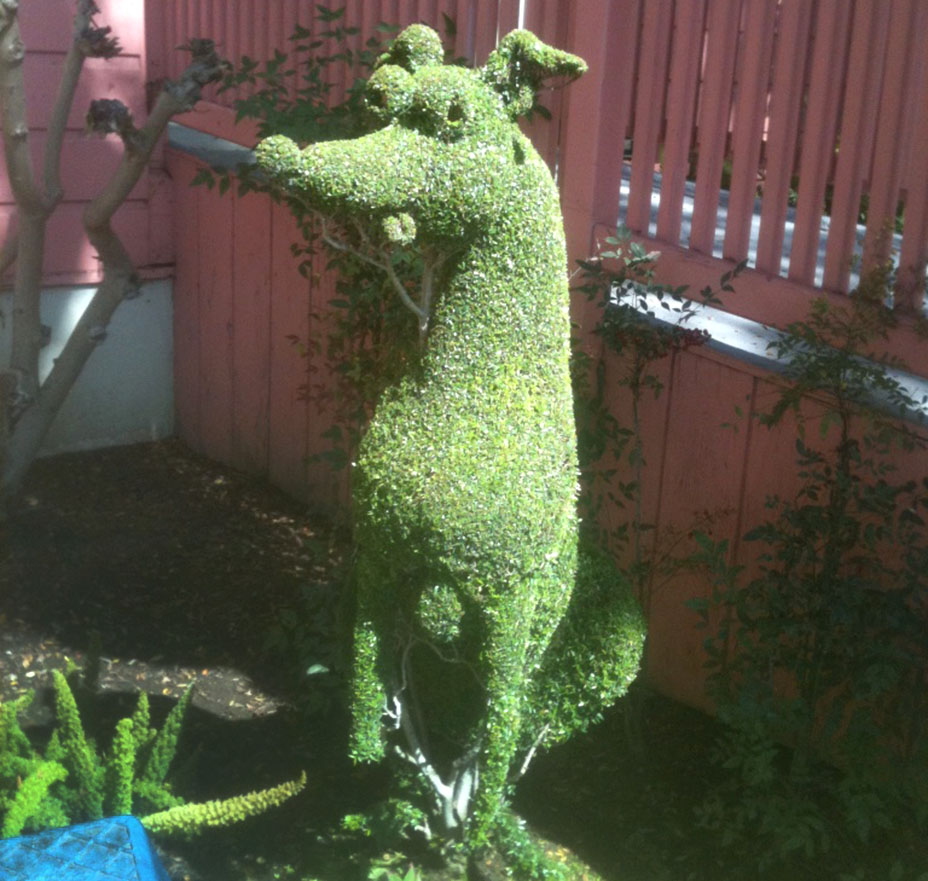 Jones, 55, who grew up in Encino, has been working on the lot as a landscaper for 34 years. Sometime in the mid-’90s she decided (“without permission,” she says) to put her artistic abilities to use on the greenery. “I was already trimming everything into circles or squares, so I saw one and went, ‘Oh, I bet I could get it into a deer,’ ” she says. “After about six months, my foreman noticed, and he said, ‘That’s cute, do another.’ So I did the snail and the mushroom, and after that I started doing the penguins, and nobody really said anything, so I just kept going along and turning the bushes into things.” 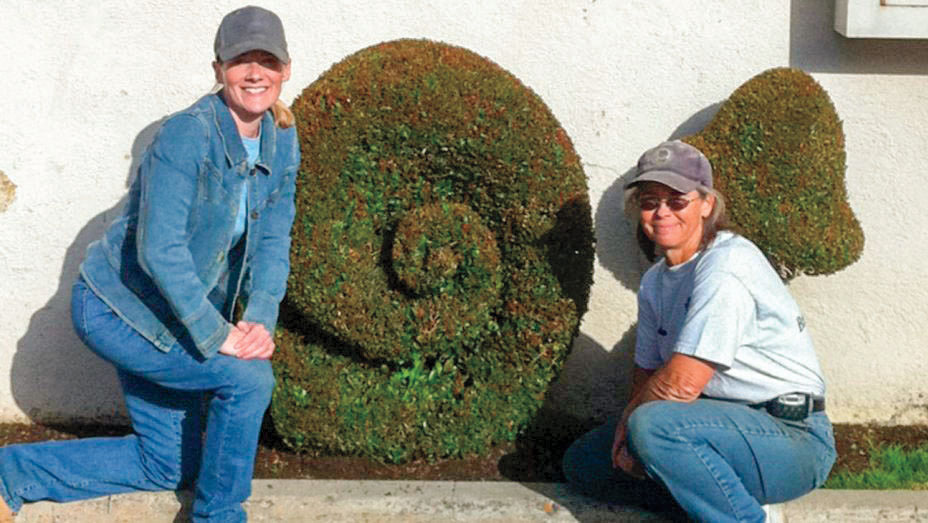 Eventually, someone did say something. “Everybody was supportive — really from above nothing was ever said,” recalls Jones, “and then after about seven or eight years, Peter Chernin was walking through the lot, and he looked around and said, ‘It looks like Disneyland around here. Get rid of these.’ ” Chernin at the time was president and COO of News Corp. and the head of 20th Century Fox, so it was off with Jones’ hedges. “I was called by one of my upper bosses and told, ‘Don’t trim the topiaries anymore, it’s come from one of the executives,'” Jones says. “So, they sent one of my bosses, went around, took pictures of all of them and he made me cut down seven of them.” 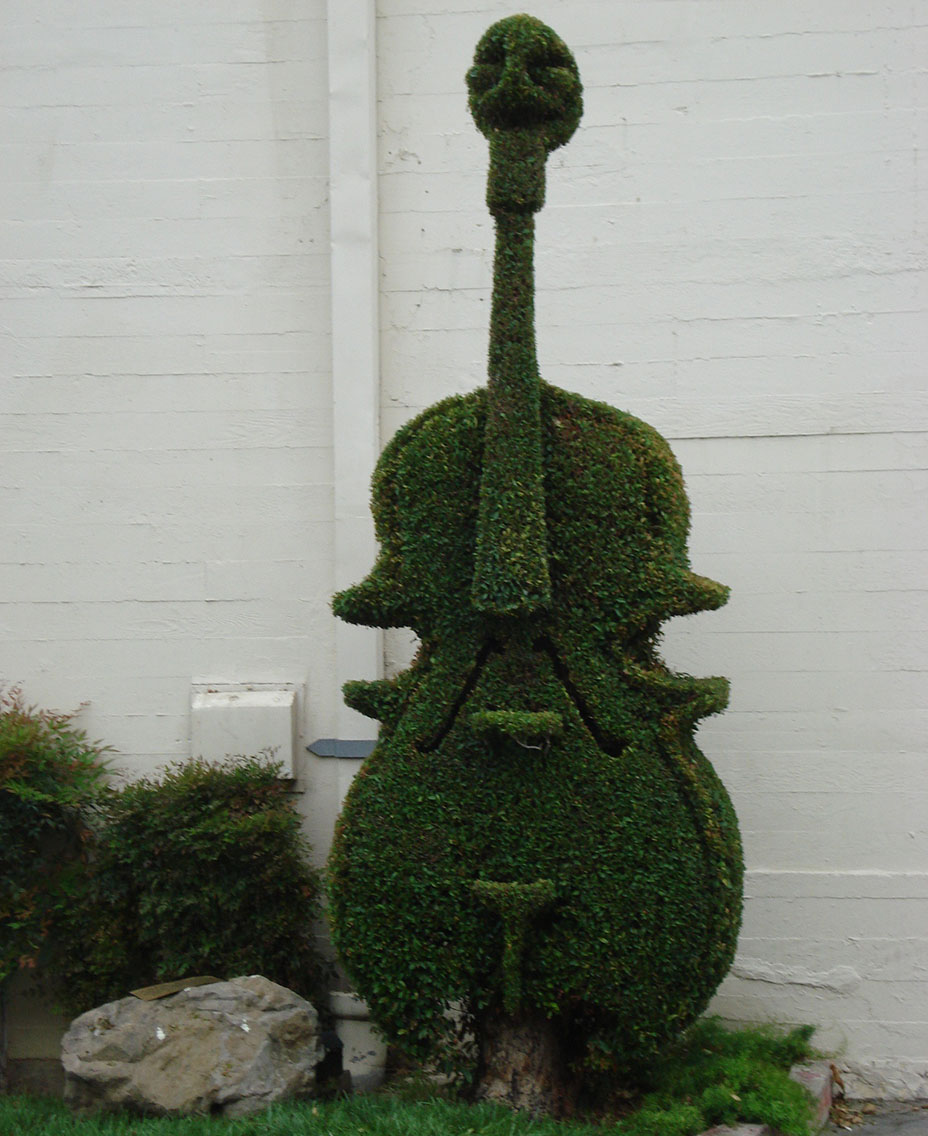 Fate intervened, however, in the form of a few high-powered showrunners. “[Chernin] couldn’t get rid of all of them because Steven Bochco’s productions, all the Simpsons people, the musicians, the people from NYPD Blue, Tyne Daly, who had a show here, everyone was screaming and kicking their feet and freaking out,” says Jones. 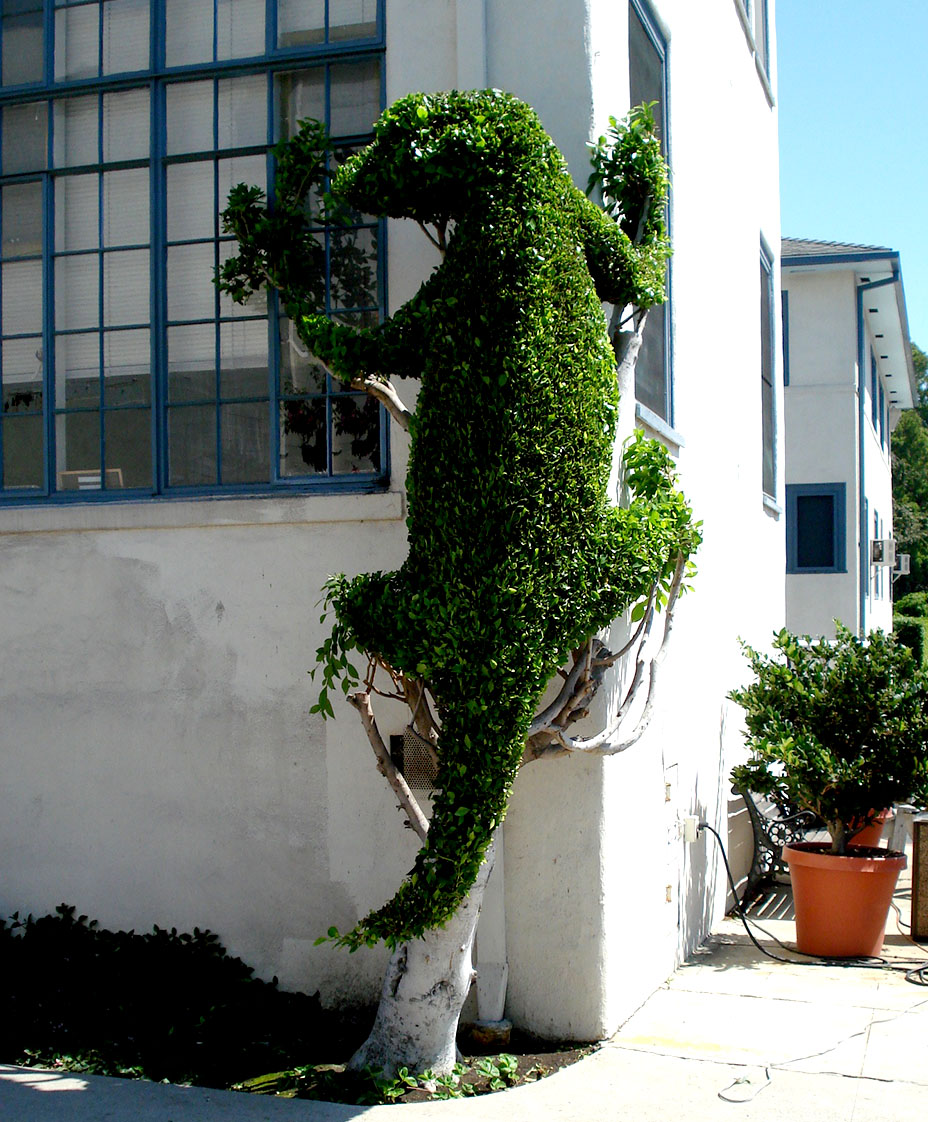 Under pressure from Simpsons executive producer Al Jean (“I’ve been parking in front of Kathy’s work for 20 years”) and others, Chernin called off the destruction. “He backed down,” recalls Jones, “So the ones I [had] cut down, I started turning them into something else.” And the studio’s next chief, Jim Gianopulos (who has since left and was named Paramount chair March 27), took a much kinder view of her works. “He did a town hall and included me,” says Jones. “He said, ‘James Cameron and Kathy Jones, who does the topiaries at Fox, are creative geniuses.'”

8 Shooting Hotspots: Where to Get the Best Incentives in the U.S. and Canada

How Arcade Bars Are Reviving a Decades-Old Subculture