Megan Amram kicked off phase two of the Emmy campaign for her shortform web series An Emmy for Megan on Monday, holding a yard sign giveaway for fans at the corner of Third Street and Alta Vista Boulevard in Los Angeles.

When THR arrived around 11:50 a.m., there was already a line of maybe 20 people waiting in the 90-plus-degree heat to receive a yard sign and meet Amram, whose meteoric rise from writer-producer to writer-producer-actress has Hollywood on notice. Her series — which debuted April 27, the deadline for a project to be considered for September’s 70th Primetime Emmy Awards, and chronicles Amram’s quest to go from single hyphenate to multihyphenate — was nominated for two Emmys: outstanding actress in a shortform comedy or drama and outstanding shortform comedy or drama.

But as she tweeted onJuly 12, the day the nominations were announced, “Remember: it’s not called #TwoNominationsForMegan, it’s called #AnEmmyForMegan. Because what matters is that trophy.”

When Amram arrived — fashionably late, as befitting an actress of her stature, with a crew from Vice News in tow — she addressed the crowd, thanking the Emmy voters in line for coming and making clear that she doesn’t “really care about normal people.” No one got out of line at that point, which presumably meant everyone was in fact a TV Academy member.

When asked why they’d come out to support An Emmy for Megan, the group of “Amram heads” behind me in line — who were vacationing in L.A. from Pittsburgh; Minneapolis and Austin, Texas, among other far-flung locales — said it was just “good timing.”

Amram had teased on Twitter earlier this week that the location of the signing was significant, but when I arrived the reason wasn’t initially clear. When I asked, she pointed out her new for-your-consideration billboard, which was literally but definitely not figuratively casting a shadow over the event, having gone up just a few feet down Third. A second billboard — as the one on Third helpfully points out — went up at Gower Street and Santa Monica Boulevard.

Amram also recently announced that she would be holding a special FYC screening of An Emmy for Megan on Aug. 23 at the ArcLight Hollywood. All that remains to be seen is whether Emmy voters will find her first campaign as natural and seemingly effortless as her first starring role.

I CANNOT THANK EVERYONE ENOUGH FOR COMING OUT TO THE #AnEmmyForMegan LAWN SIGN SIGNING. YOU ARE WHY I DO THIS. ACTUALLY AN EMMY IS WHY I DO THIS. BUT YOU’RE ALSO GREAT.

For those of you who couldn’t make the lawn sign giveaway, here’s a digital lawn sign you can photoshop onto any background! #AnEmmyForMegan pic.twitter.com/1qJ9dmnnTf 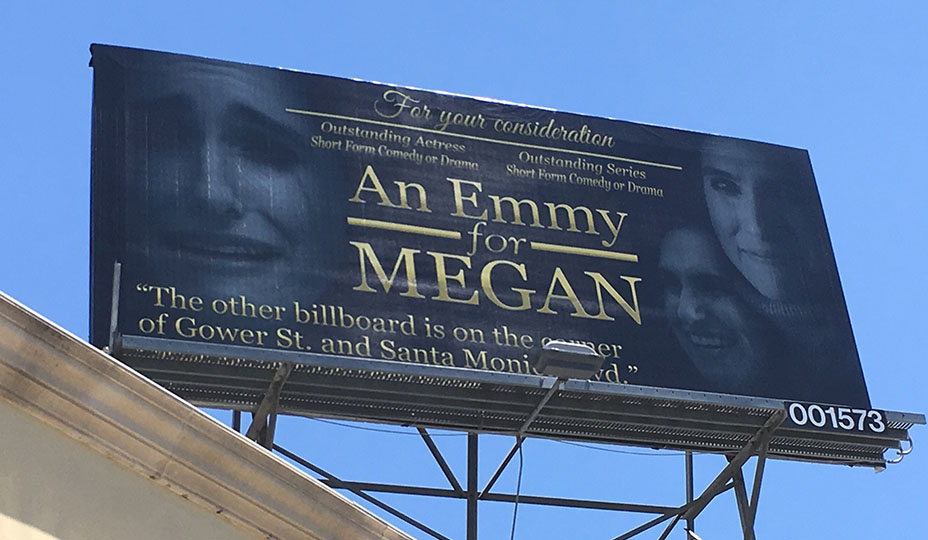 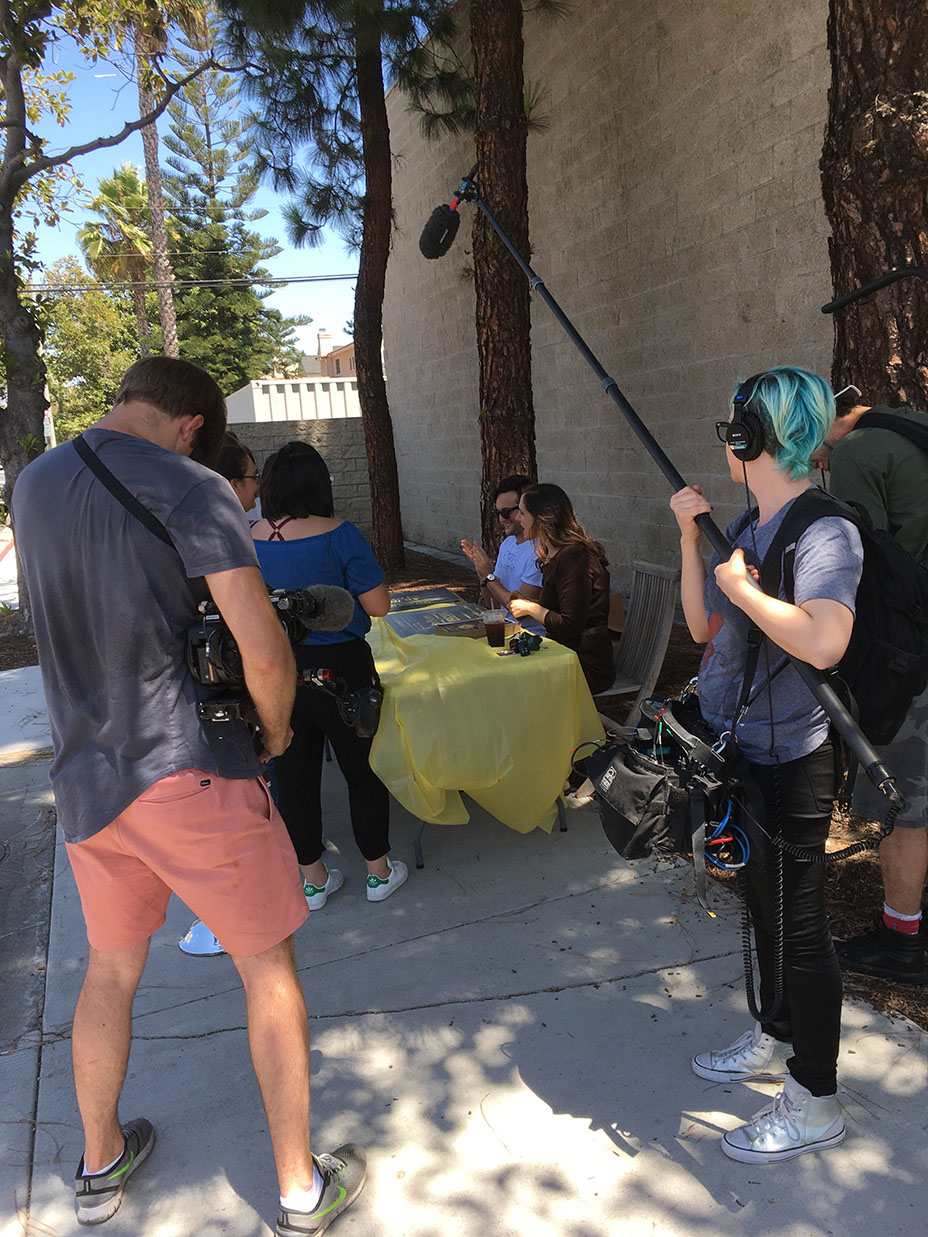