Timothee Chalamet’s Golden Globes harness — which Louis Vuitton actually referred to as a “bib” — made quite the impression. The Little Women actor was named Monday as the most influential man when it comes to Hollywood style, according to fashion search site Lyst, due in part to designer Virgil Abloh’s bib and a buzzy sequined hoodie Chalamet wore to the premiere of The King.

Lyst used data from 104 million online shoppers in 2019 to rank the 10 most influential “power dressers” measured in terms of stars “whose personal style choices drove the biggest spikes in searches, sales, news coverage and social media mentions over the last 12 months,” according to the report.

Naturally, Duchess of Sussex Meghan Markle topped the list one year after marrying Prince Harry in a Givenchy gown. This year, Markle went on to design her own charity capsule of work attire to benefit unemployed women in the U.K.

Zendaya clocks in at No. 3. Last month, she presented her stylist Law Roach with InStyle‘s Stylist of the Year Award, calling him her “fashion fairy Godbrother.” It was a reference to their show-stopping, light-up Cinderella look at the 2019 Met Gala that was designed by Tommy Hilfiger, with whom she debuted her second fashion collection during New York Fashion Week in September.

“You have taught me so much about myself, taught me to be more confident and not give a F about what people think,” Zendaya told Roach. “You always remind me if I ever get nervous about my hair, my makeup, whatever it is, you say, ‘Do you really care what they think?’ And I always say, ‘Nope.’ And then we go.” 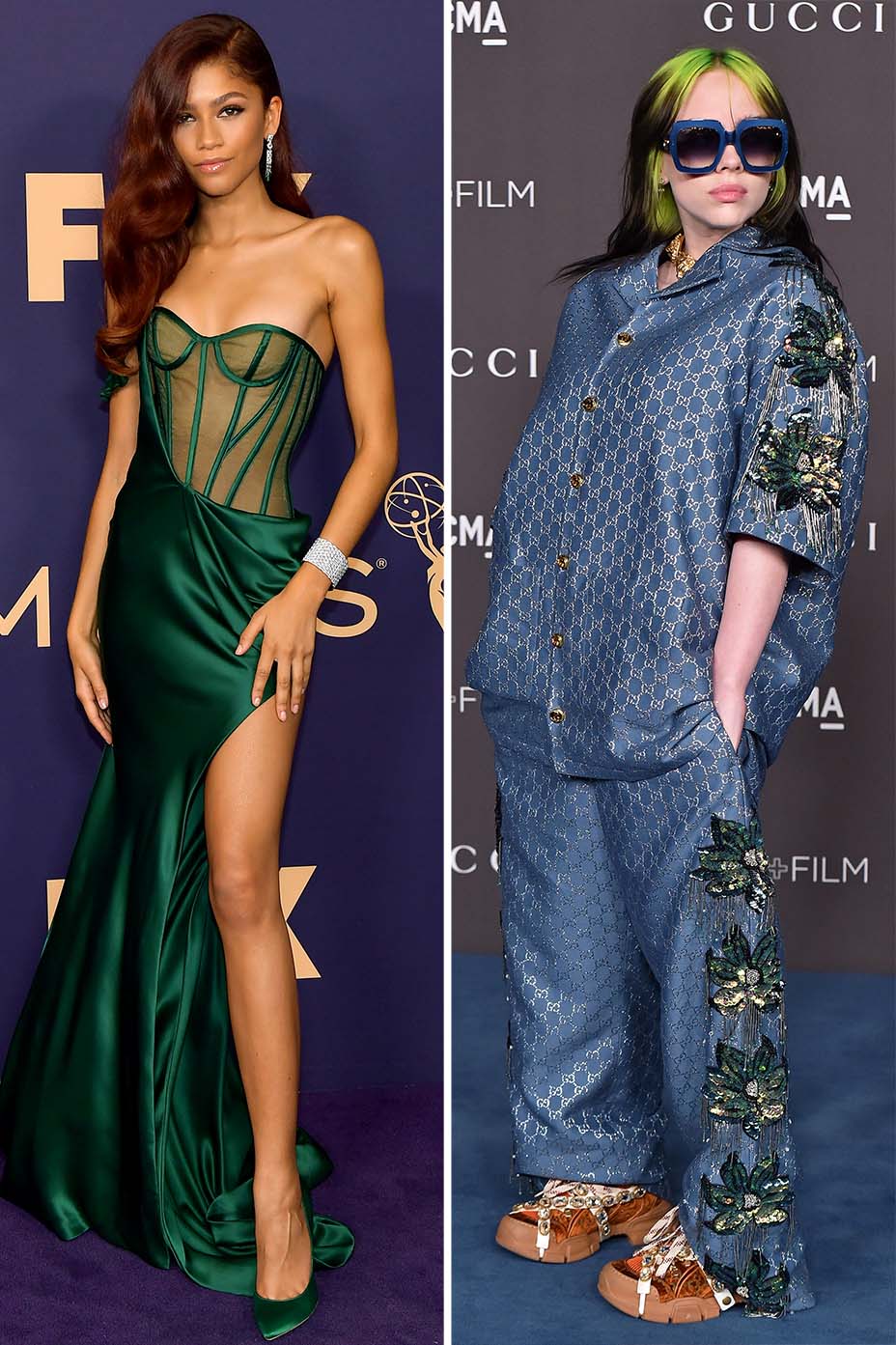 Following Zendaya are Billie Eilish, who wore a knockoff Louis Vuitton suit at Coachella this year and spiked online searches for “neon green” after she dyed her hair; Cardi B, who creates clothing capsules with Fashion Nova; Lisa from the Korean girl group Blackpink, who led the demand for the Celine Triomphe bag; Kylie Jenner, who just sold a 51 percent stake in her Kylie Cosmetics brand to Coty for $600 million; and Lizzo, who told The Hollywood Reporter of her self-empowered fashion choices, “I am a bad bitch that takes risks and wears whatever she wants.”

Gender-bending fashion icons Harry Styles and Billy Porter finish off the list of power dressers. Styles showed off a parade of flare trousers while hosting NBC’s Saturday Night Live over the weekend and has created a trend for single earrings, according to Lyst searches. The former One Directioner hosted the 2019 Met Gala (alongside Lady Gaga and Serena Williams), sporting a sheer blouse by Gucci creative director Alessandro Michele, and has starred in campaigns for the Italian luxury fashion house.

Styles and Porter both made THR‘s best dressed list for the Met Gala, with Porter donning a winged, golden Pharaoh ensemble by New York design duo The Blonds. “We want to keep challenging the notion of what it means to dress like a man or a woman,” said Porter’s stylist Sam Ratelle. And who could forget Porter’s Oscars tuxedo dress by Christian Siriano? Searches for the designer increased 101 percent in 24 hours after the awards show.