Within hours of the announcement of Prince Harry’s engagement to Suits actress Meghan Markle, a fashion credit for what the bride-to-be is wearing during their first photo call was blasted around the globe.

“Today, Meghan Markle made her first public appearance engaged to His Royal Highness Prince Harry, wrapped up in a wool coat by Canadian label, LINE. Markle has been a supporter of the Toronto-based knitwear brand for years, having worn their designs to various public outings, including the 2017 closing ceremonies of the Invictus Games,” the announcement read.

Although Markle, who is an American, hasn’t particularly been a global fashion plate before, now that she is a royal-to-be, interest in her every look will be breathless. And her selling power was evident immediately as the next most watched woman in the world, with LINE’s website crashing briefly this morning as would-be shoppers tried to access the style, which has been renamed the “Meghan.” (Although the $799 CAD coat is sold out in the winter white color worn by Markle, it can be pre-ordered by emailing line@nkpr.net.) 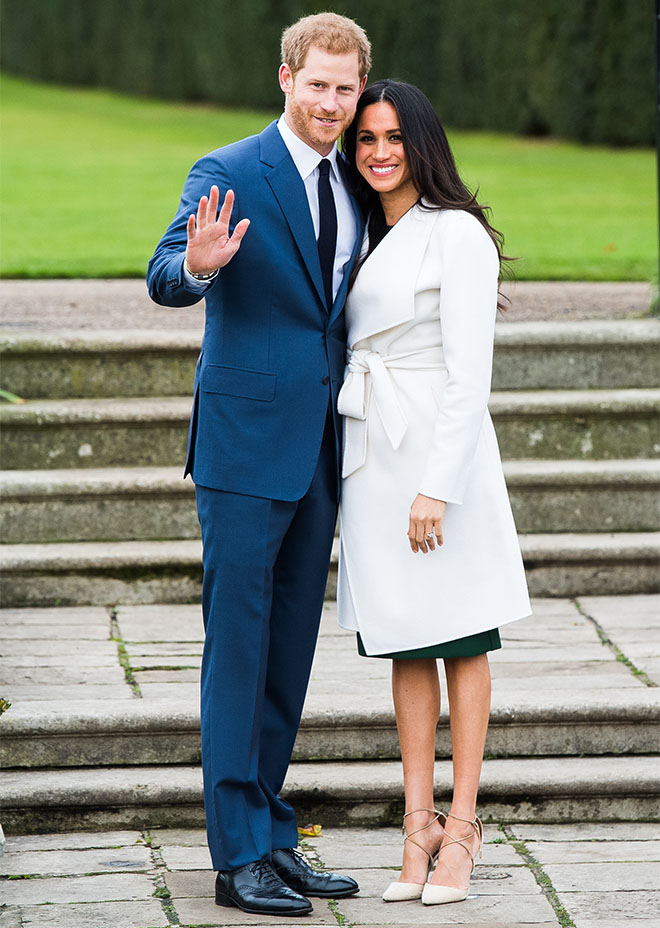 The happy couple held their photocall outdoors, in a move possibly meant to echo their more earthy natures. (Both are passionate humanitarians.) They appeared in front of press in the Sunken Gardens, which was one of Diana’s favorite places on the grounds of Kensington Palace, and when asked how they were feeling, Harry replied: “Thrilled. Very glad it’s not raining!”

Markle’s white coat may seem rather nondescript, but the sleek wrap design and oversized lapels read somewhat Hollywood starlet to me, especially combined with the sexy Aquazzura Matilde pumps crisscrossing her leg. (A few pairs are still available.) Underneath the coat, she wore a dark green, vintage-inspired sleeveless dress by Milan-based P.A.R.O.S.H. Her engagement ring includes two diamonds that belonged to Diana. 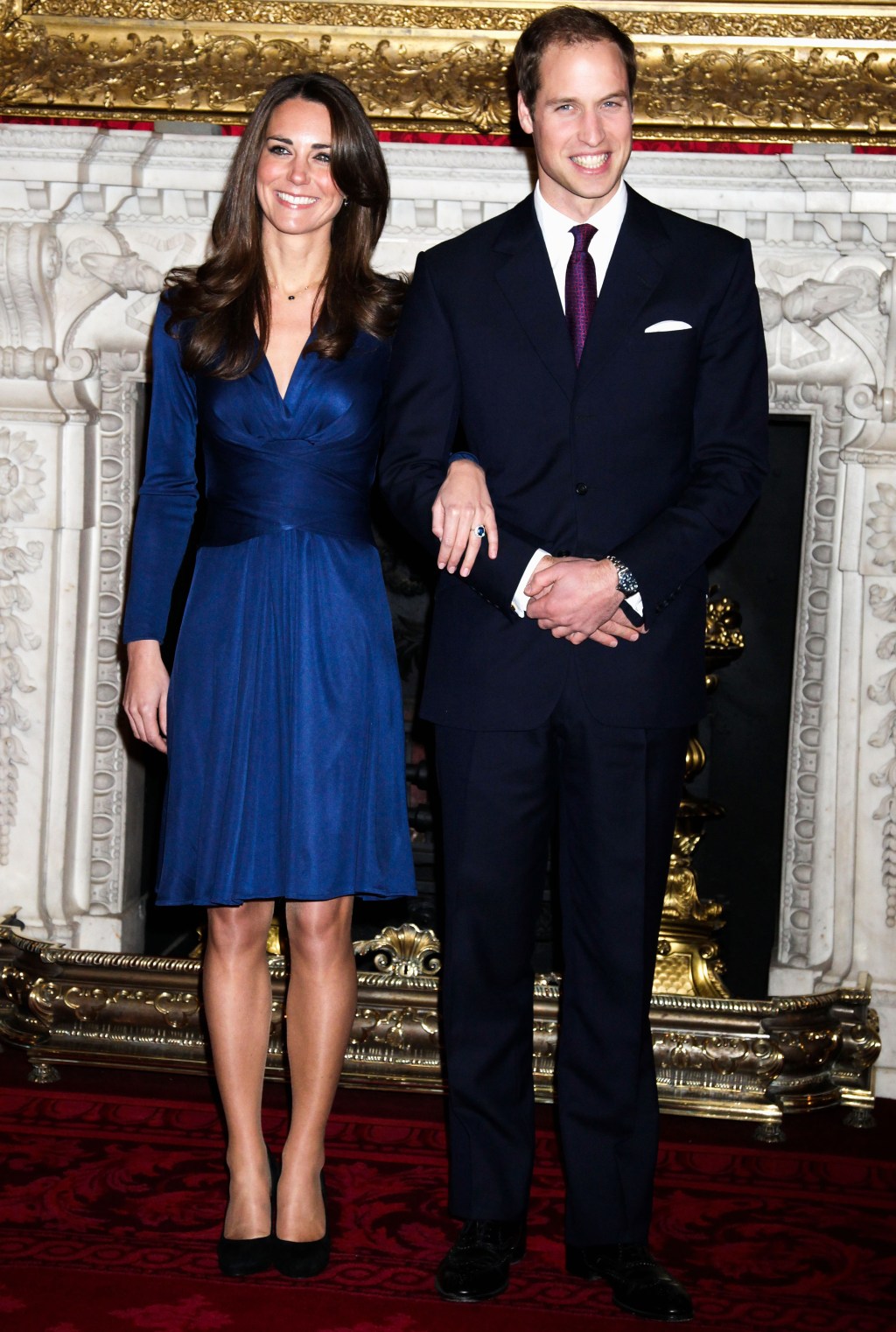 The look had a similar less-is-more vibe to Kate Middleton’s 2010 engagement photocall dress — a sapphire blue Issa style (to match her sapphire ring). The Issa style sold out in just hours and changed the business for the British fashion label, also sparking a trend for royal blue dresses. Prince William and his bride-to-be held their photocall inside St. James’ Palace.

Markle, 36, did not wear a British label, but she did wear one made in the British commonwealth of Canada, which is close to her heart. Founded in 2000, Canadian knitwear label LINE is known for customized yarns and yarn blends combined with interesting shapes, sleeves and tucks into drapey sweaters and coats. Markle is known for her role as a paralegal on the USA Networks show Suits, which is filmed in Toronto.