Are all modest religious head coverings created equal? Not according to Melania and Ivanka Trump.

The Trumps’ overseas tour has taken them to the homelands of Islam, Judaism and Catholicism, from Saudi Arabia, to Israel and now the Vatican for an audience with the leader of the Catholic Church, Pope Francis.

In addition to being a nine-day, five-country tour of world religions during which the president has been trying to sell a message of unity, it’s also been a tour of religious protocols and devotional clothing conventions for first lady Melania Trump and first daughter Ivanka Trump, and an exercise in the politics of religious head coverings.

When Melania and Ivanka touched down in Saudi Arabia over the weekend, they were guests in a country where aspects of Hulu series The Handmaid’s Tale ring all too true: gender segregation is the norm, women are unable to drive, do not have the full vote and only recently won the right to open their own bank accounts. They chose not to wear the customary Muslim head scarves, following in the footsteps of several other famous female visitors to the kingdom, including former first lady Michelle Obama, British Prime Minister Theresa May and German Chancellor Angela Merkel.

Though the Islamic head covering is required for Saudi women, wives and female family members of foreign dignitaries can choose to wear it or not. The Trump women’s choice not to wear it suggested that they do not agree with Islam’s prescribing female dress and behavior, and would not make a show of wearing a veil no matter how much it might have served the diplomatic message that the president is not anti-Muslim. 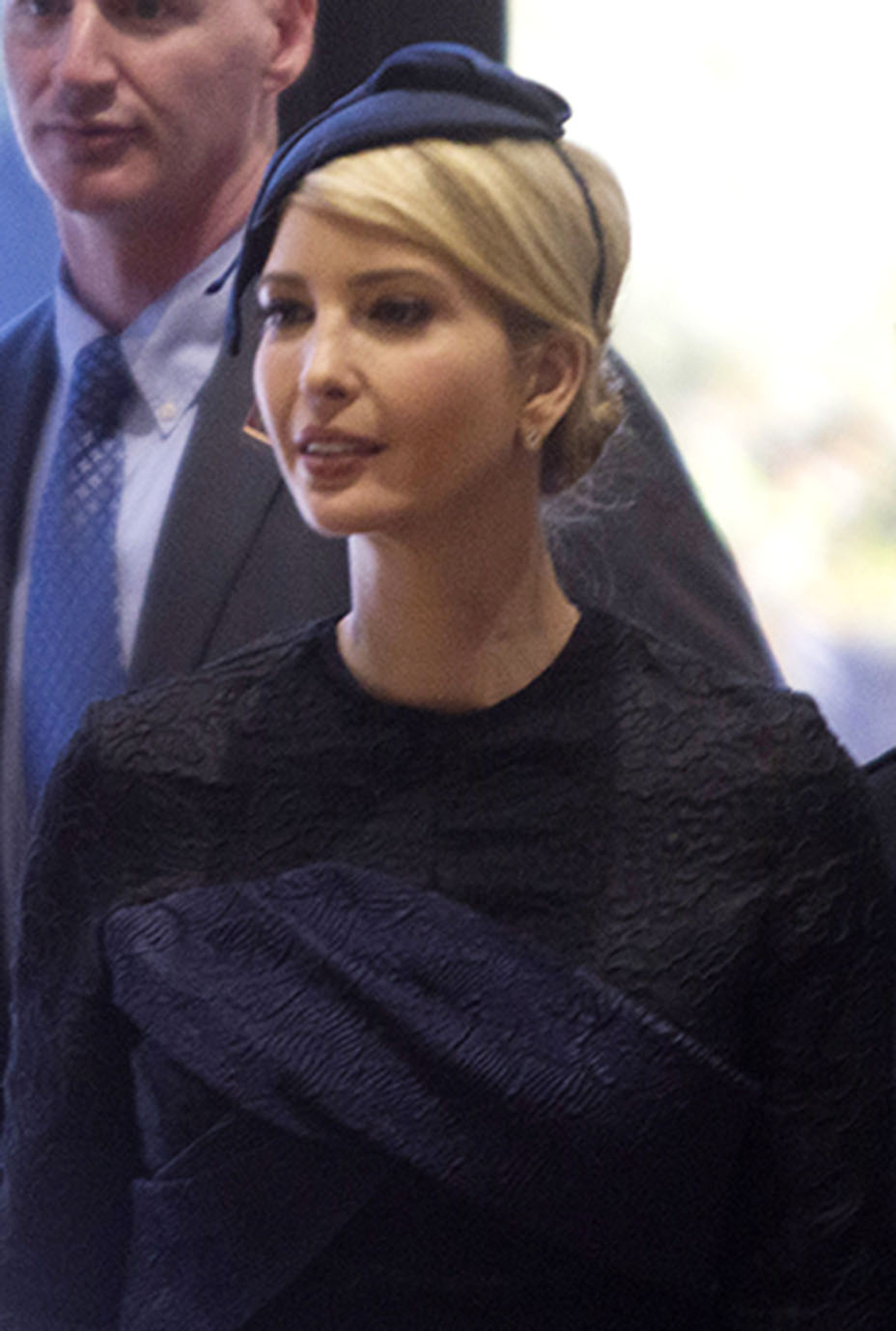 In Israel, the devotional head covering story was different. Ivanka Trump is Jewish; she converted when she married husband Jared Kushner in 2009. At the Western Wall, she wore a small navy blue velvet hat perched on one side of her head, secured with a headband, following the Orthodox Jewish convention of Tzniut, Hebrew for modesty and humility in both dress and behavior. The first daughter also dressed in a more understated manner than usual, ditching the short skirts and light, neutral hues she has worn in recent weeks. Melania dressed modestly, too, but skipped out on wearing a hat. Donald Trump wore the traditional yarmulke as he put his right hand on the holy wall.

But at the Vatican today, both women made the most significant show yet of playing politics with how they dressed, opting to wear black, long-sleeve dresses (Melania’s by her favored Italian design duo Dolce & Gabbana, who are endlessly inspired by the church) and mantillas, the traditional black veils worn in the Roman Catholic Church.

Melania identifies as Catholic (Ivanka not so much), and yet, it was undoubtedly still a calculated choice to wear the veils and conservative ensembles to visit the modern pope, who has spoken about wanting to relax dress codes for papal audiences, but maintains his position that women will not be welcomed into the Catholic priesthood.

A 1917 church edict required chapel veils for women, but in the 1980s, it was not reissued, and the trend has largely fallen out of fashion according to Catholic.com.

Then again, today’s meeting was fraught with political drama, since President Trump and Pope Francis have clashed on several issues, most notably climate change. The veiled first lady and daughter dutifully played their parts in fashioning a solution. 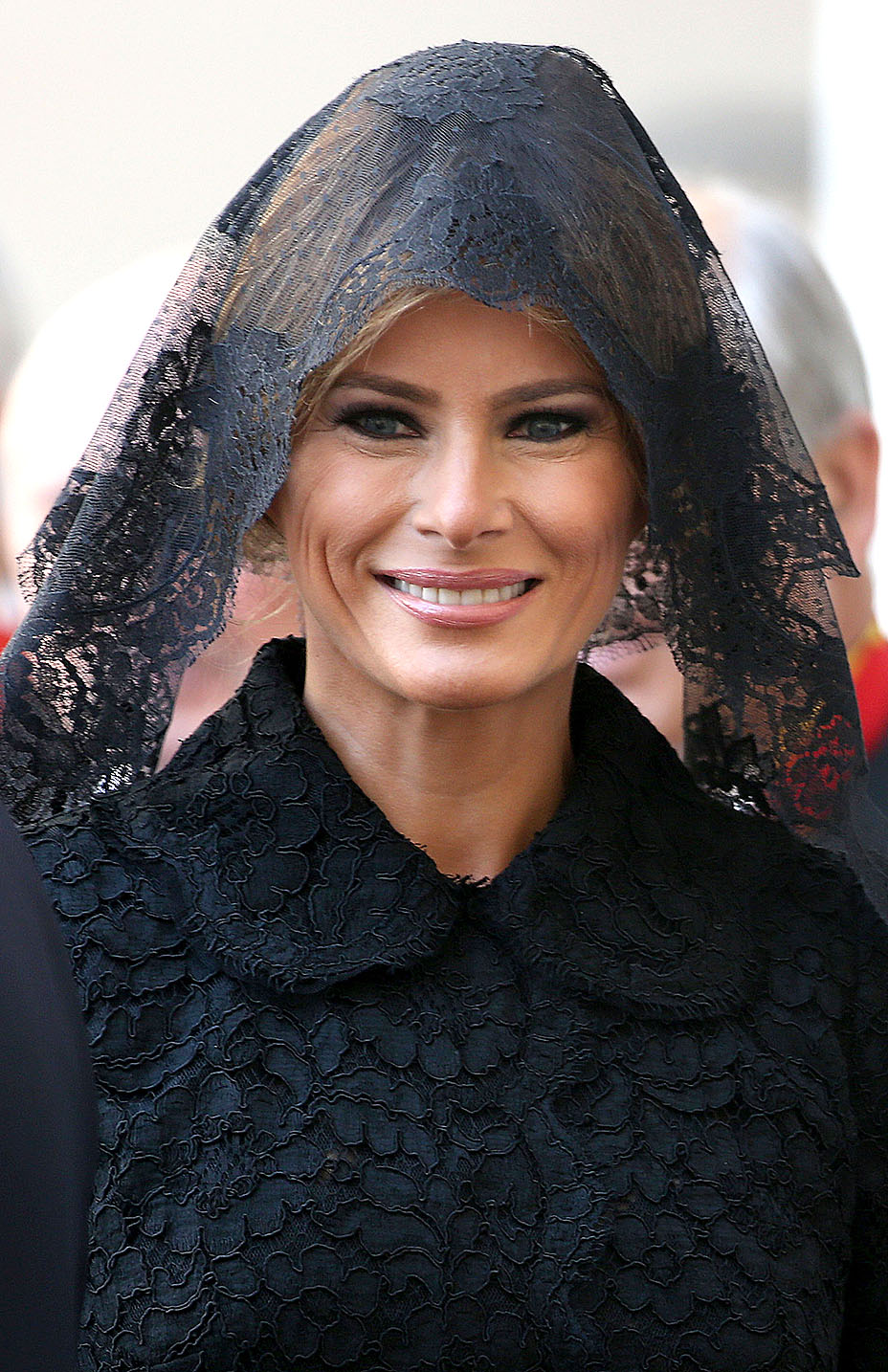