You can count Alice Roi among Melania Trump’s trusted circle of New York friends. The 40-year-old fashion designer has known the current first lady for 11 years, having met through Roi’s husband, Marc Beckman. A co-founder of the New York-based agency DMA United, Beckman represents a variety of apparel companies and fashion designers, including his wife and the current first lady while she was overseeing a jewelry collection for QVC.

The first dress Roi ever designed for Trump? A chic maternity look while she was pregnant with son Barron, who turned 11 on March 20. “We attended a few parties together, and soon after I made her a dress,” Roi explains.

Fast-forward to this year’s inauguration, and Trump now may have Roi on speed dial. The pair have collaborated on two designs for high-profile events: the National Prayer Service on Jan. 21 and a trip on Air Force One to Mar-a-Lago in Palm Beach, Fla., on March 17. Here, Roi shares her thoughts about crafting unique looks and the role Trump plays throughout the design process.

On the navy coat Roi designed for the National Prayer Service:

“She wanted something clean, dark and simple. I envisioned a very 1960s look with thick, structured wool and welted seams, almost a preppy, Love Story type of coat. We agreed that the belt should not only be a waist-defining moment, but also an opportunity to infuse a modern sleekness into the look. So we chose a navy monochromatic patent belt. When she put on the whole look, everyone in the room gasped. It was everything I wanted it to be and everything she wanted it to be. There were a million references, and yet it was completely modern. She was perfect. [It was] a moment I will never forget.” 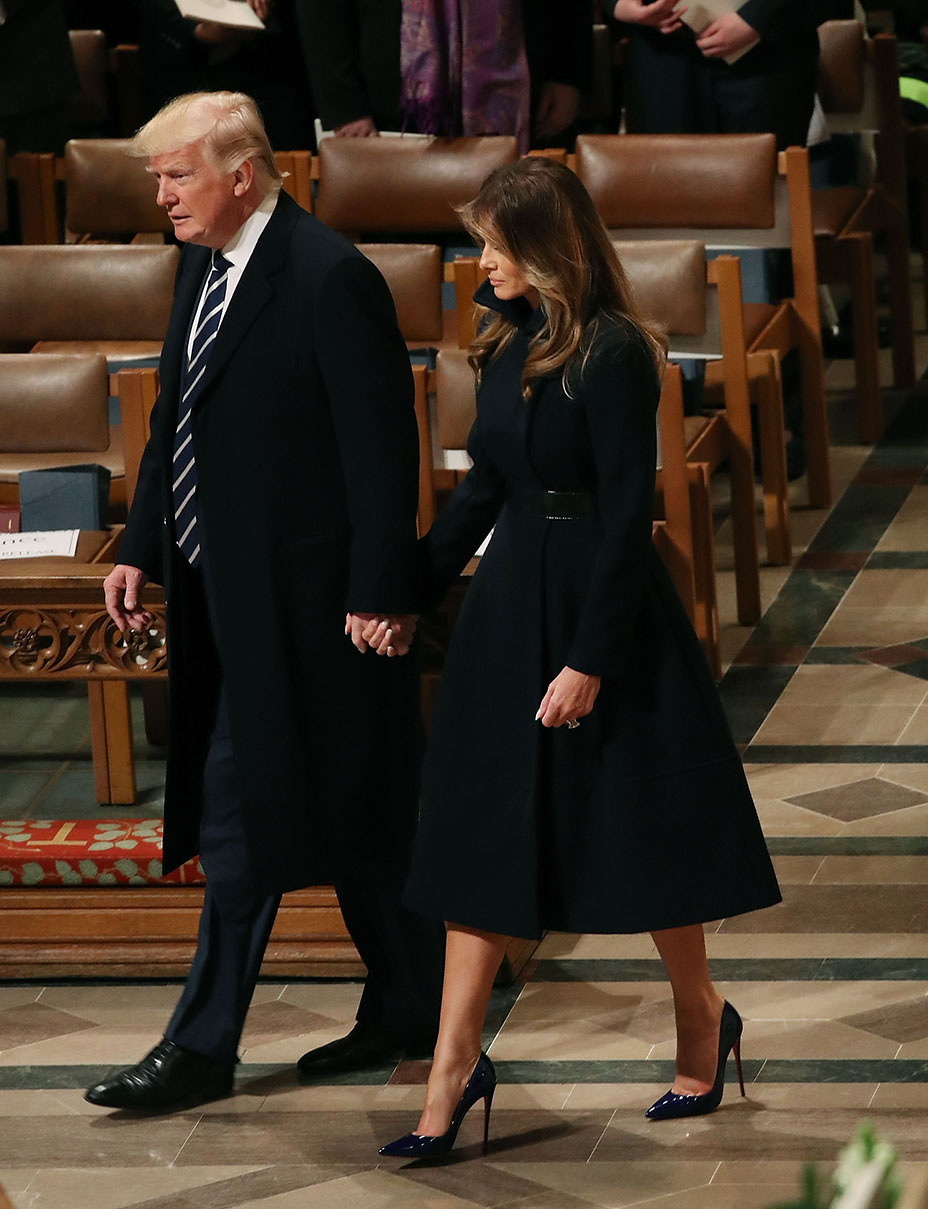 On Trump’s preferences in silhouette and detail:

“Melania does favor a 1950s silhouette, in which the waist is emphasized. It is not my usual go-to silhouette, but she nails it. It never looks literal or dated or forced. Rather, it looks like a refreshing, modern take on femininity and elegance.”

On the red coatdress Trump wore on Air Force One:

“Melania suggested a red coat with red gloves and red belt. The red we picked had a geranium feel to it; a very fresh and feminine red. The leather we picked for the gloves and belt was very interesting: Although it complemented the color of the coat, it was a very different red. It almost had a [pink tinge] to it. It truly brought the coat to a different place, a more interesting red that wasn’t so harsh, but rather more elegant and dynamic.

“The coat had many different iterations. Big pockets, notch collars, and at one point it looked like a proper hunting coat. But in the end, Melania wanted it simpler and simpler. And she was absolutely right.” 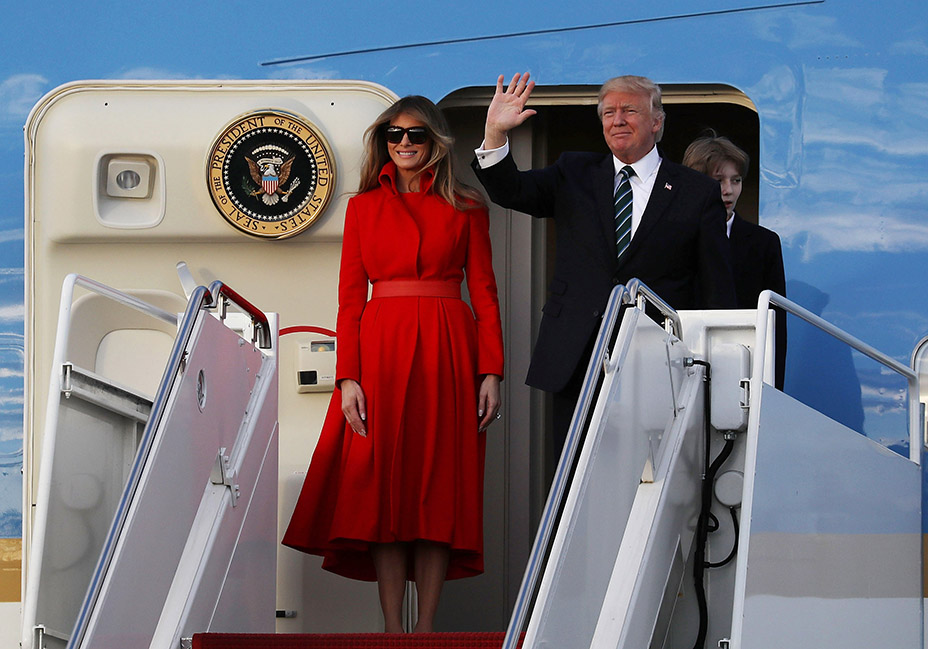 On whether Trump could bring back the coatdress:

“The coatdress is a favorite of Melania’s. It is a classic, and she is definitively responsible for its revival. It is the ultimate chic statement: The combination of strong tailoring and a delicate silhouette delivers the right message.”

On discussions during the design process:

“We never spoke of any icons or other first ladies. We only spoke of design, color and fit. I think we work well together because she tames my narrative. And I narrate her tameness.”

On influencing fashion as a FLOTUS:

“I think Melania has already begun to have an influence on fashion. There is nothing sarcastic about her style, nothing experimental. It is very true and solid. Her style is straightforward and traditional, but not dowdy or heavy. It remains light, elegant, clean and almost above-it-all. I guess the best word to describe it would be ‘graceful.'”