The Trump ladies have arrived in Washington, stilettos in tow.

As Melania Trump exited her official White House-bound carriage (a black SUV known as The Beast) Manolo Blahnik stilettos first, she officially ushered in the era of 4-inch heels in Washington, D.C. — once known as the capital of sensible shoes and kitten heels.

Whereas first ladies before her, including Hillary Clinton, Laura Bush and Michelle Obama, attended their combined nine past inauguration ceremonies in kitten heels (even today, Obama chose a pair of low, chunky-heeled boots for the rainy-day occasion), Melania shook things up in a pair of 4-inch, BB sky-high Manolos (similar styles retail for $595) that perfectly matched her sky blue Ralph Lauren ensemble.

Ivanka Trump, whom some have suggested is the “real first lady” of the Trump administration, also opted for a stiletto heel. Trump’s eldest daughter, whose husband, Jared Kushner, will serve as President Trump’s senior adviser, paired her white pantsuit with black heels similar in style to those of her stepmom. 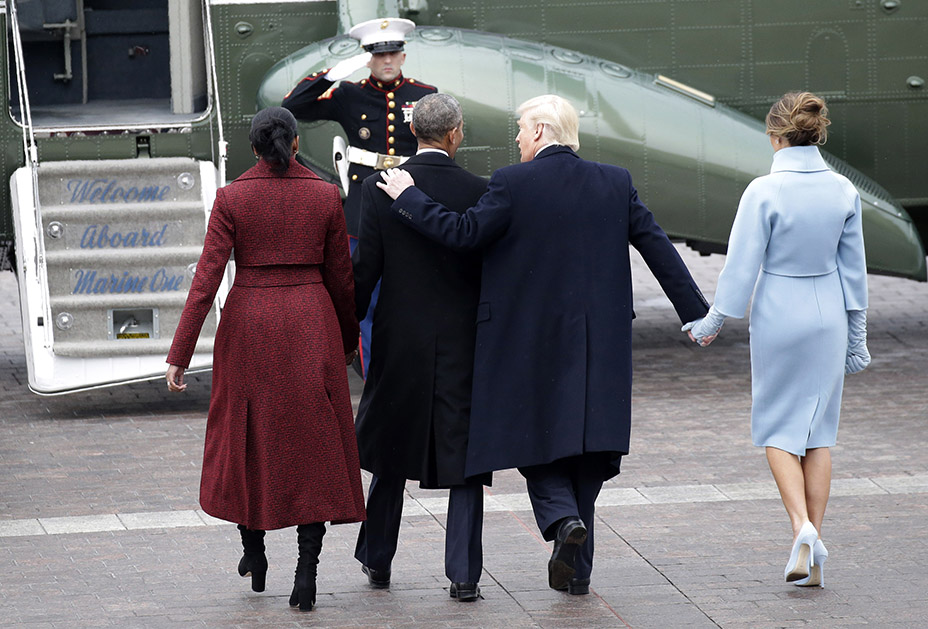 For most of her tenure as first lady, the 5-foot-11 Obama was associated with Jimmy Choo’s Aza heel, a patent leather, pointed toe style with a 2-inch heel. The style communicated femininity but also a certain no-nonsense practicality and comfort. Obama wore a green pair in 2009 while she and Barack took an eight-minute walk on the inauguration parade route; Melania, by comparison, walked like a champ in stilettos for two brief jaunts during Friday’s parade (taking a break to get back into the car in between), putting those years of runway modeling experience to good use. 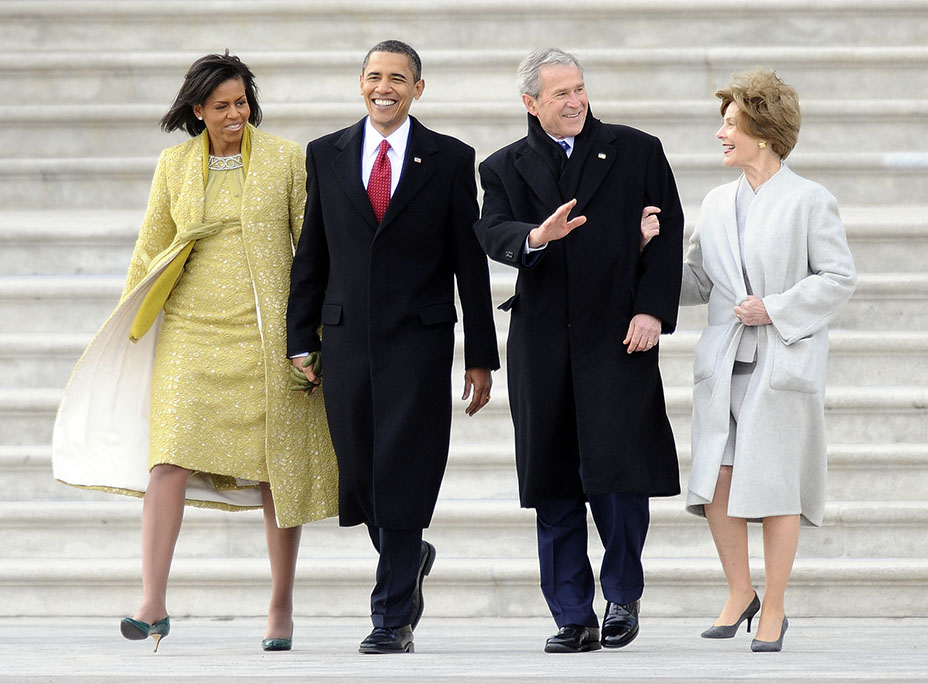 There is something to said for the stiletto rising. Melania’s decision to add an inch (or two) is a move straight out of the playbook of House of Cards’ Claire Underwood (Robin Wright).

“Sleek, sexy and all woman,” was how Wright described her character’s on-screen wardrobe to Vanity Fair. “Everything about her controlled, tailored, precise, studied, with nothing out of place,” season-one costume designer Tom Broecker told the Hollywood Reporter. “There is a sexiness to it without being vulgar or overt.”

However, the preference for a stacked heel and sharp tailoring may be the only consistencies between the real first lady and Netflix’s fictitious one. Whereas Claire preferred ensembles in neutral color palettes and effortless silhouettes — collarless blazers and simple skirts with razor-sharp tailoring — Melania has already shown her tendency toward less traditional shapes, donning a wrapped cutaway jacket in sky blue — an ode to Jackie O., but with a modern twist.