The first lady has worn white pantsuits before, including the $4,000 white Ralph Lauren jumpsuit she wore for Trump’s victory speech on election night. But tonight’s suit takes on a different meaning, either in defiance of the State of the Union wardrobe blackout staged by House Democrats perhaps, or potentially as a form of private protest against her husband. White is a hue traditionally associated with the women’s suffragette movement to win the right to vote, and was the symbolic wardrobe choice of Hillary Clinton when she accepted the nomination to become the Democratic party’s first female presidential candidate. 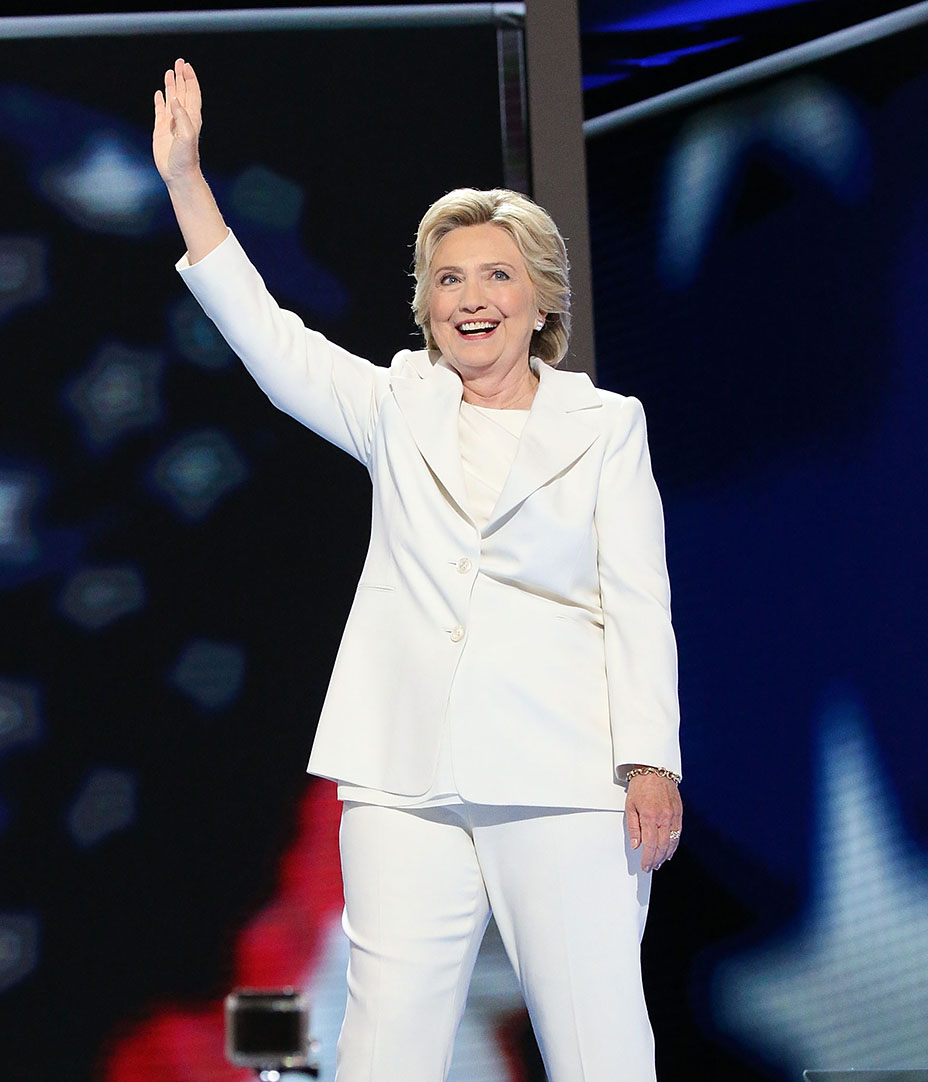 Maybe it’s just a coincidence, but one can’t deny the symbolism that dressing in color has taken on as a form of protest in the current #MeToo political climate, from the Golden Globes red carpet blackout, to the Grammys whiteout onstage.

Melania has worn Dior before, including a red Dior Bar skirt suit for a trip to Paris last summer. The current designer of the French fashion house, Maria Grazia Chiuri, has made headlines for her feminist stance, opening her first runway collection for the brand in 2017 with T-shirts that read, “We Should All Be Feminists.” At Trump’s first address to Congress in 2017, the first lady opted for an embellished black skirt suit by Michael Kors. 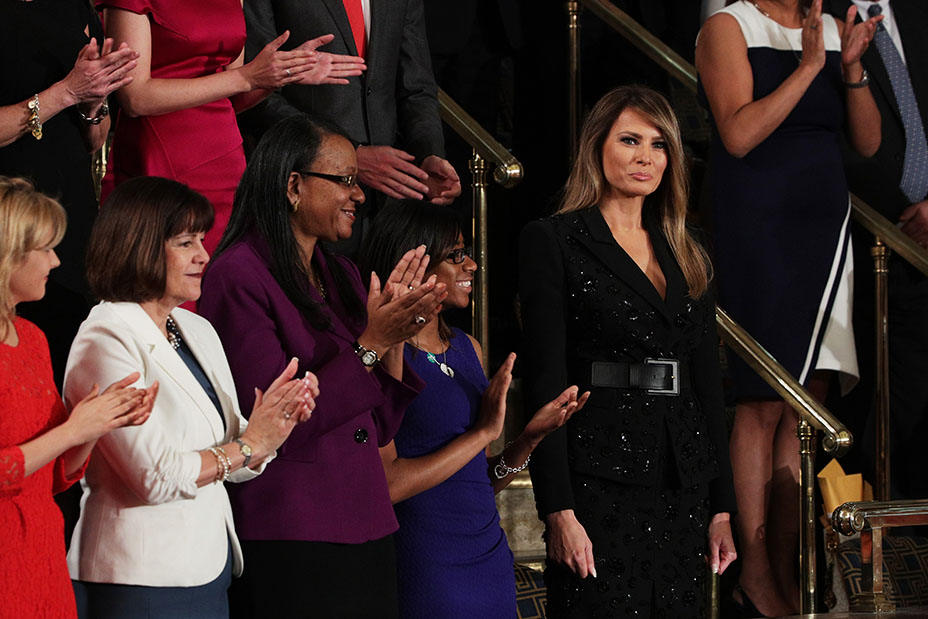 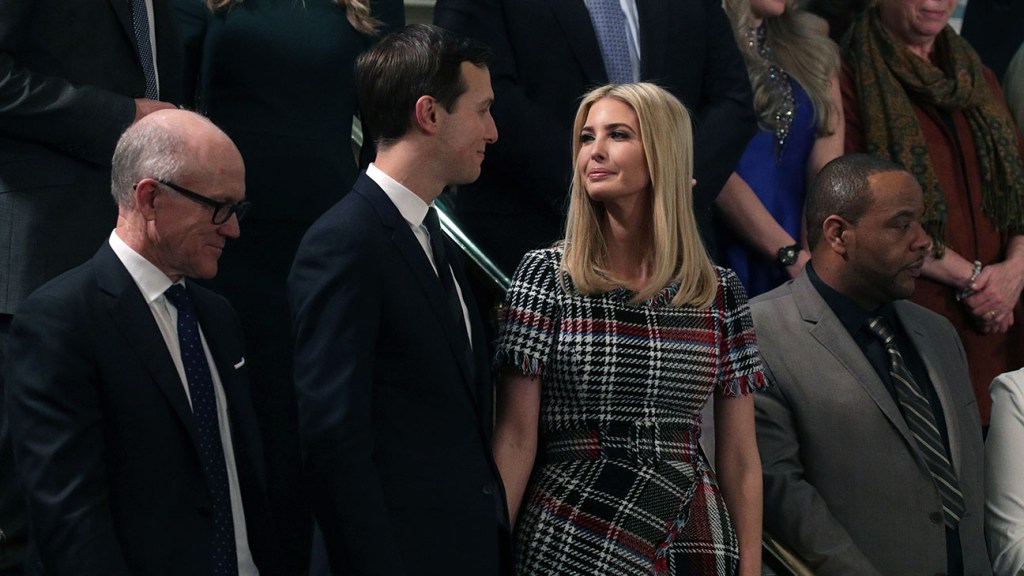 Women across the aisle made a sartorial statement of their own, stepping out in all-black ensembles as a gesture of solidarity with sexual assault and harassment victims, including the 19 women who have accused Trump of sexual misconduct.

Members of the Democratic Women’s Working Group as well as several male members of the Democratic party also wore Time’s Up pins and red “Recy” pins commemorating the late Recy Taylor, a black woman who helped provide fuel for the Civil Rights movement when she pursued charges against six white men who raped her in 1944. Her name was reintroduced into the public’s consciousness when Oprah praised her courage in her 2018 Golden Globes speech. 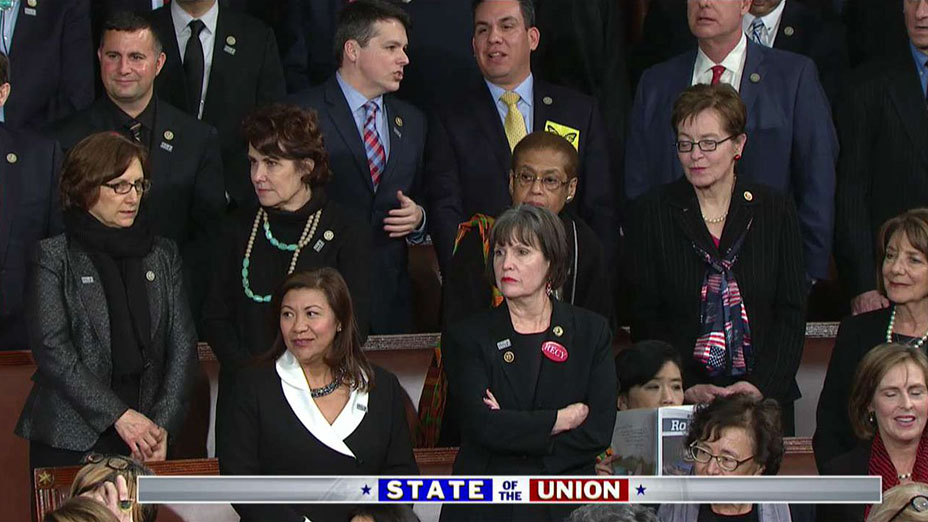