Melissa McCarthy is a firm believer in the comedy genre’s ability — need, even — to periodically poke the bear. And in her estimation, no show does that better than Saturday Night Live. Thanks to a red-hot political season, led by guest stars Alec Baldwin (as President Trump) and McCarthy (as press secretary Sean Spicer), NBC’s late-night stalwart enjoyed renewed relevance and its best ratings in 23 years — not to mention the frequent 140-character attention of Trump. McCarthy, 46, whose previous SNL guest turns have earned her four Emmy nominations, spoke with THR about “Spicey” and her other guest role — playing an over-the-top version of herself — on TV Land’s Nobodies, which she and husband Ben Falcone executive produce.

How did you prep to play Spicer?

I had already been watching his press briefings, but I’m usually so busy swearing that I don’t quite hear him, so I had to listen again, quietly. And then I just threw caution to the wind and was like, “I’m not gonna try to mimic too much; there’s so much irritation coming through his body. I’ll just [capture that].” And then [the hair and makeup team] put on a half-bald cap, eye bags and the thing that really sells it — these prosthetics they put behind my ears. 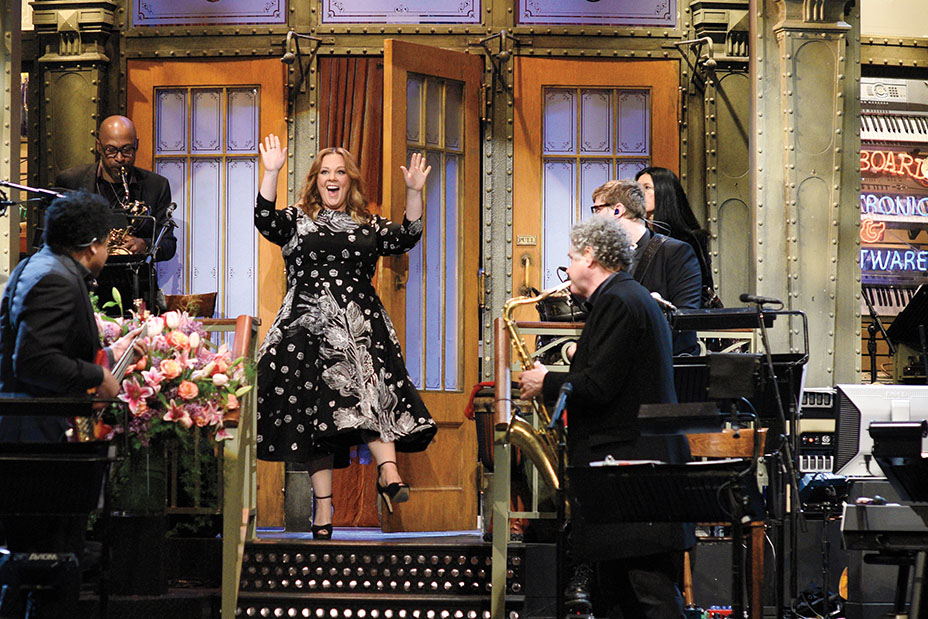 What else worked into your take?

I only made a couple of tweaks. I remember asking about the podium: “Can we pick this thing up?” And that’s the problem with doing SNL. It ruins you for everything else. Because when you say, “Can we make a motorized podium?” they say yes. Anything you can conjure, there’s somebody 10 feet from you that goes, “Yeah. What do you want it to do?” And then your mind goes nuts.

Did Lorne Michaels have any advice before you did Spicer the first time?

I never really want to be mean-spirited, but it did feel mean to me, and I was like, “Is this crazy? Are we gonna pull it off?” And Lorne seemed to be just fine with it. He has such an incredible gut for stuff, and you see him pacing and listening. After the rehearsal, I was like, “Is that it?” And he was like, “We’ll be fine.” I have learned to just be like, “All right. I’ll blame you if it goes poorly.” (Laughs.)

How would you characterize the response?

It really surprised me. People have stopped me, and they’re like, “Thank you, that was important to me.” I’d say, “It’s just me doing shtick.” And they’re like, “No, I needed it.” I don’t think they’re talking about what I’m doing so much as what the show is doing, which is giving a sense of relief at a time when a lot of people feel disappointed and depressed about where we are.

Have you heard from Spicer?

No, I have not. But I think he rolled with it pretty well. He didn’t strike out or get defensive. 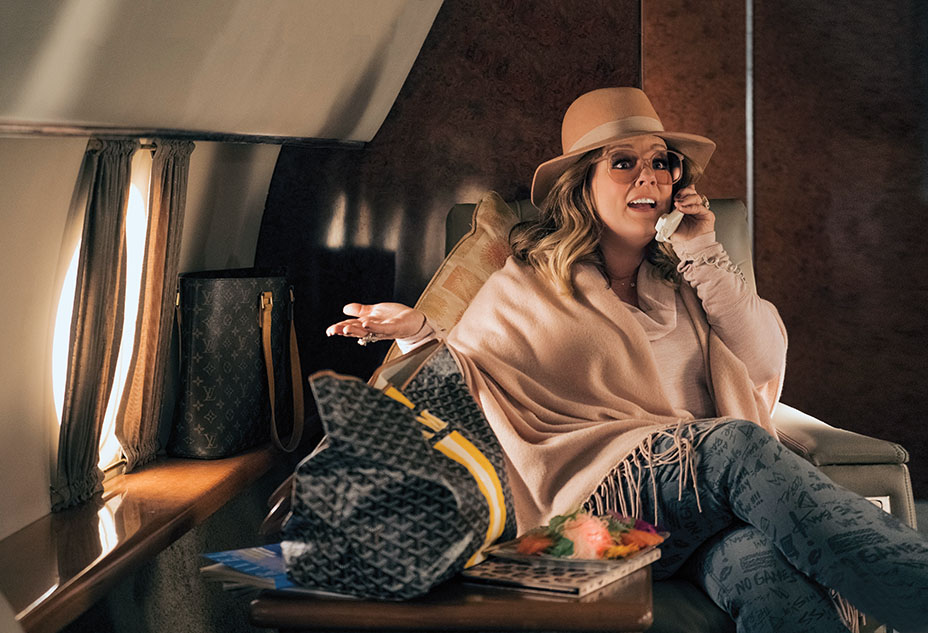 You also produce and guest-star on Nobodies, about three writers still waiting for their big break while their Groundlings comedy friends hit it big. How did you craft your outsized persona for that?

[Creators] Hugh [Davidson], Larry [Dorf] and Rachel [Ramras] are such incredible writers, and we all can take swings at each other and know it’s with love. But [my character] became about taking every weird thing that people might think about you — if only you knew how not true those things are — and skewering that. I think most actors really love to do that.

Some, maybe, but others would be terrified that then the assumption would be that that’s who you are.

Maybe. Ben says some lines that truly made us all be like, “Ew, Ben! Leave the room!” But trying to figure out the things to do is such fun. I just love a gross-y character — someone who’s pleasant but still just saying awful things. It’s fun to get to do that and be so inflated. Because you read all those crazy magazines where you just know one-billionth of that is true. So I was like, “I’m gonna take every bad stereotype and just play it.” And it was so damn fun.