The ladies aren’t the only ones wearing black this evening.

In a show of solidarity with the more than 300 Hollywood women who came together to launch the Time’s Up organization, which aims to provide legal defense for women across industries struggling to fight sexual harassment in the workplace, men in attendance at the Golden Globes donned black tuxedos accessorized with the official Time’s Up pin designed by costume designer Arianne Phillips. 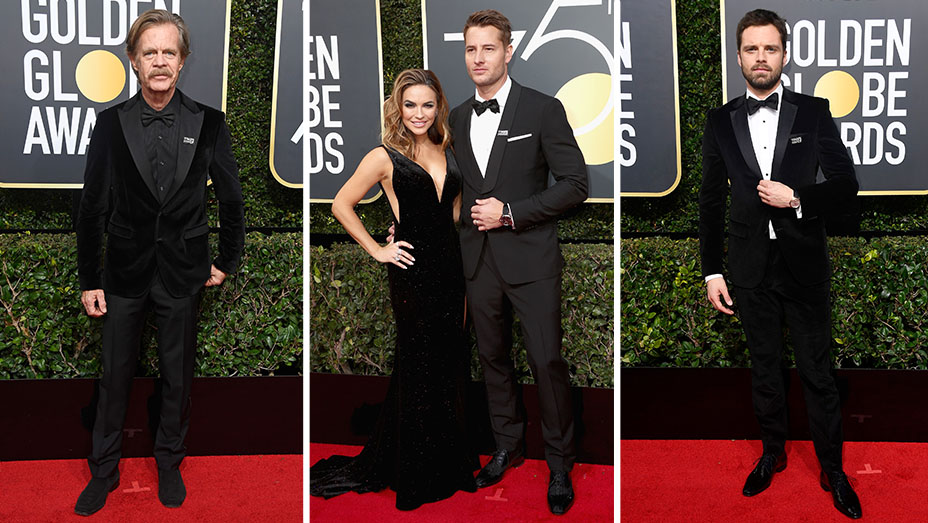 Sterling K. Brown and Justin Hartley of This Is Us were among the first to arrive on the carpet, wearing sleek black tuxedos, later joined by William H. Macy and Sebastian Stan.

Joe and Nick Jonas — two-thirds of the Jonas Brothers — also tweeted a sneak peek of their all-black ensembles, as did Justin Timberlake, who posed with his wife Jessica Biel on Instagram. Another brother duo, James and Dave Franco, also showed up in black tuxedos. Dave’s Saint Laurent look, however, featured black beading detail on the lapel, while James opted for a classic and clean Salvatore Ferragamo number. 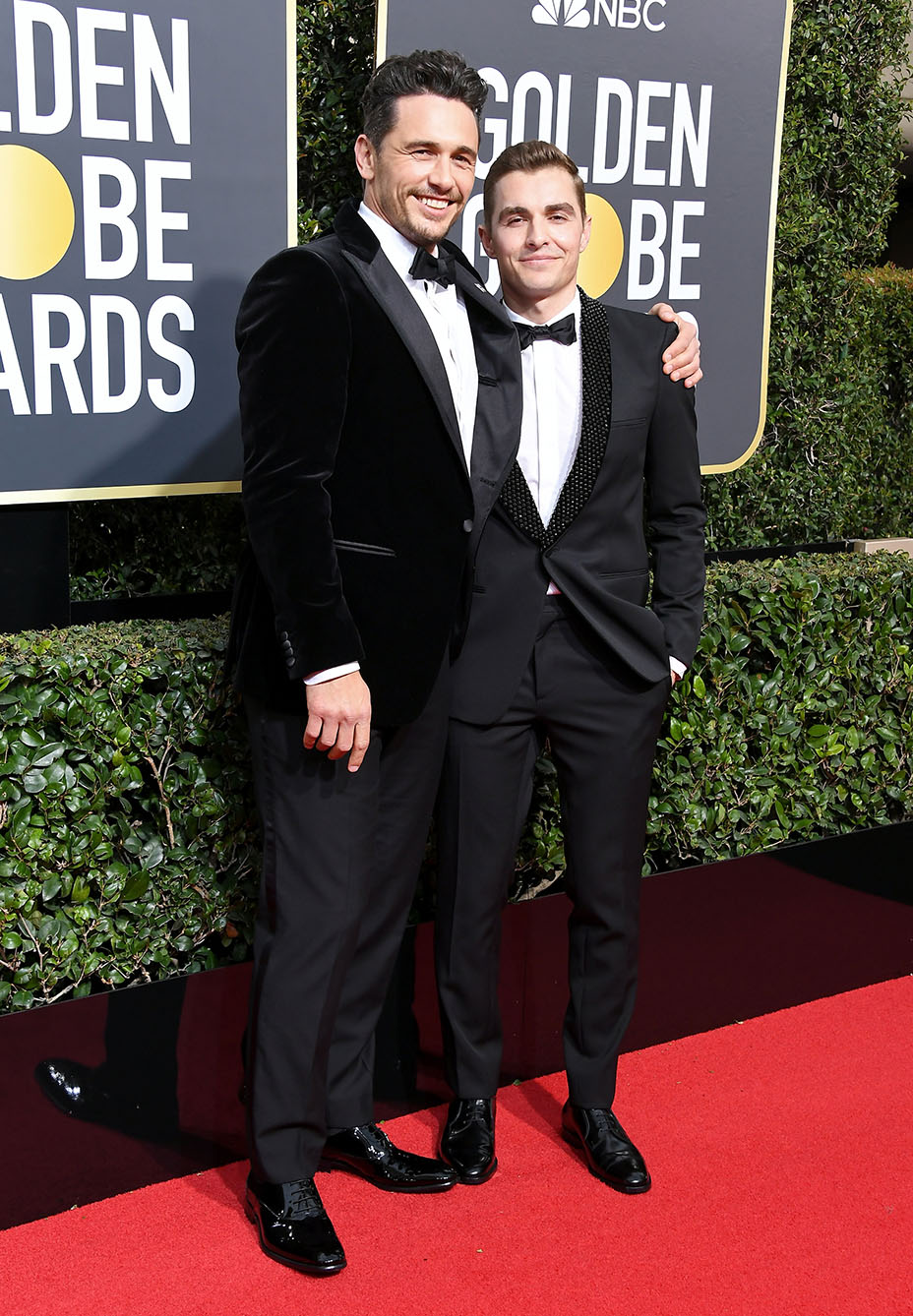 Even the pint-sized preteens from Stranger Things, including Noah Schnapp, Caleb McLaughlin and Finn Wolfhard, were spotted wearing all-black and the Time’s Up pin. 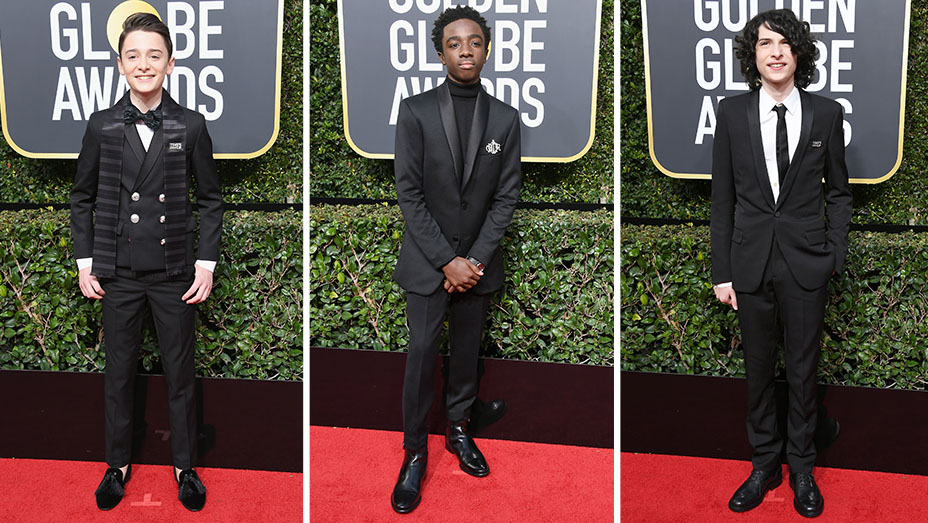 Eva Longoria told The New York Times of the dress-code request, “This is a moment of solidarity, not a fashion moment.”