In posters that appeared in several locations in Los Angeles on Tuesday, Meryl Streep was seemingly depicted as a Harvey Weinstein enabler by anonymous street artists.

Posters hung early in the morning, before the sun came up, feature an image of Streep next to Weinstein with a red strip across her face with the text “She knew,” an apparent reference to Weinstein’s alleged sexual abuse of women over the course of decades.

The posters are a riff on the work of artist Barbara Kruger, whose signature text in red banners has been adapted and copied for decades.

The posters went up near Streep’s house in Pasadena, near the SAG-AFTRA building in Mid-Wilshire and across from the 20th Century Fox studio lot in Century City. Fox is behind the drama The Post, which stars Streep alongside Tom Hanks and opens on Jan. 11.

The artists are referring to accusations (which Streep has denied) that she had knowledge of Weinstein’s alleged predatory behavior and did not speak up. That claim has been promoted by actress Rose McGowan, who alleges she was raped by Weinstein.

On Tuesday, Streep issued a response to McGowan. “I want to let her know I did not know about Weinstein’s crimes, not in the ‘90s when he attacked her, or through subsequent decades when he proceeded to attack others,” Streep stated. “I wasn’t deliberately silent. I didn’t know. I don’t tacitly approve of rape. I didn’t know.” 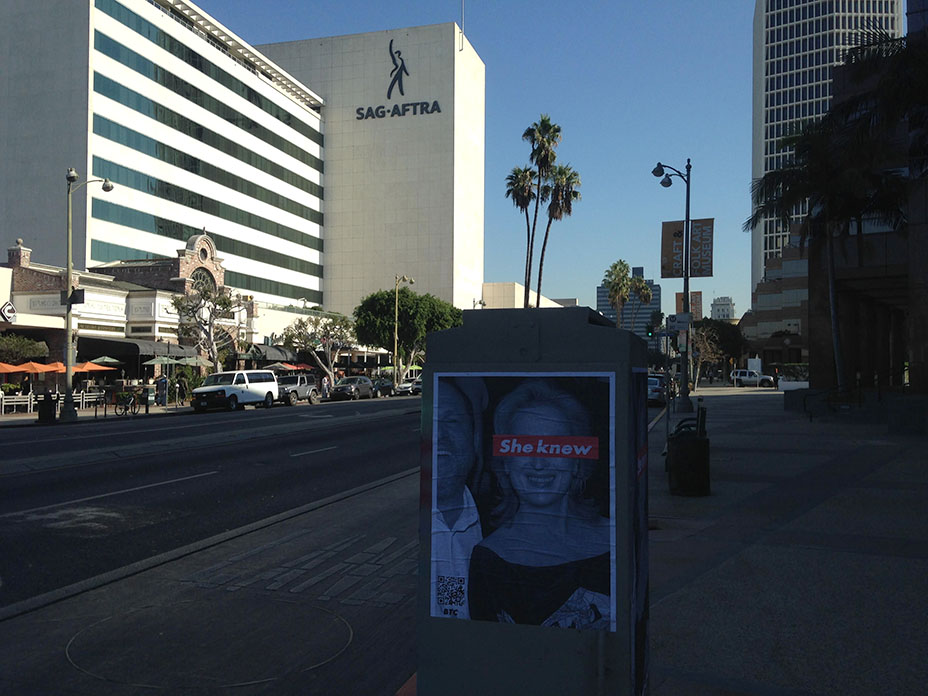 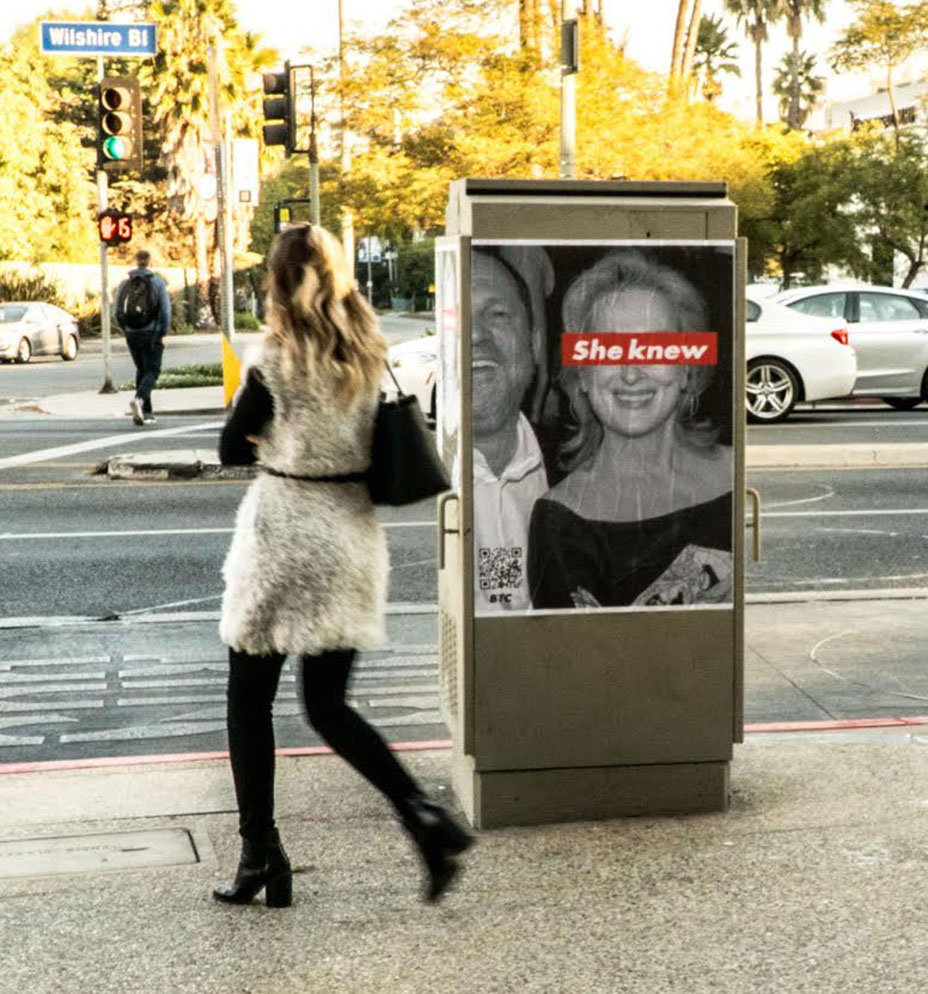