Performance art was all the rage at the campy Met Gala on Monday, with displays from Lady Gaga and Billy Porter. But others brought the drama with hats and headpieces featuring crystals, candles, faux fruit and fringe. Stars including Gemma Chan, Katy Perry, Cara Delevingne and Janelle Monae adhered to the “camp” theme by completing their over-the-top, outrageous ensembles with wild head gear.

Here are the top 10 crowns and headpieces at the 2019 Met Gala (plus one honorable mention).

Perry sported a chandelier strapped to her metallic cap (with faux flames) to match her very campy crystalized chandelier skirt. The singer, dressed by Jeremy Scott of Moschino, shone in the silver minidress and matching heels. 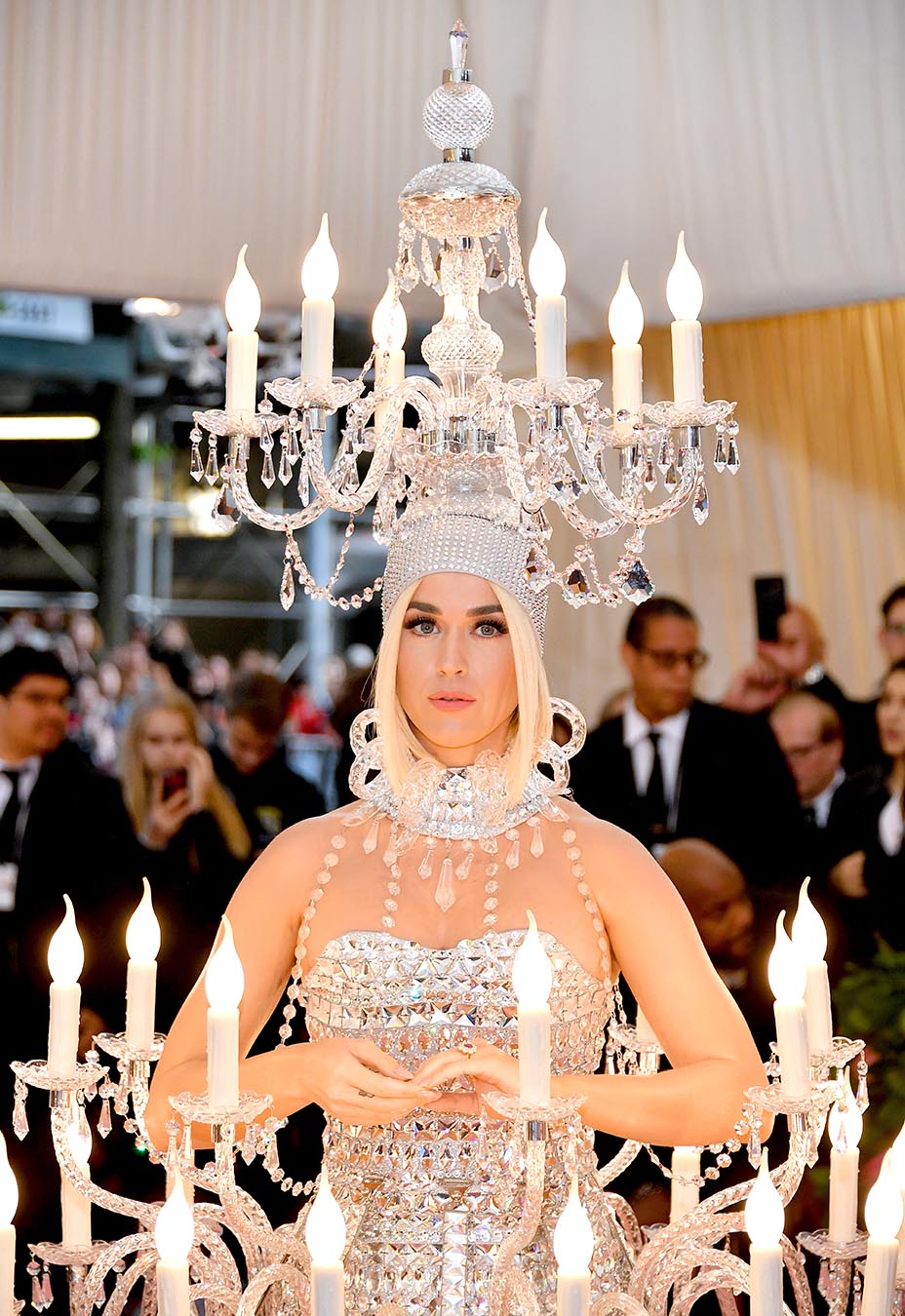 The model embraced camp in a sheer rainbow Dior ensemble and fruit basket headdress by Machine Dazzle (full of fake dentures, bananas and a fried egg). Delevingne’s pride look — with her rainbow cane and body paint — brought to mind a Willy Wonka figure. 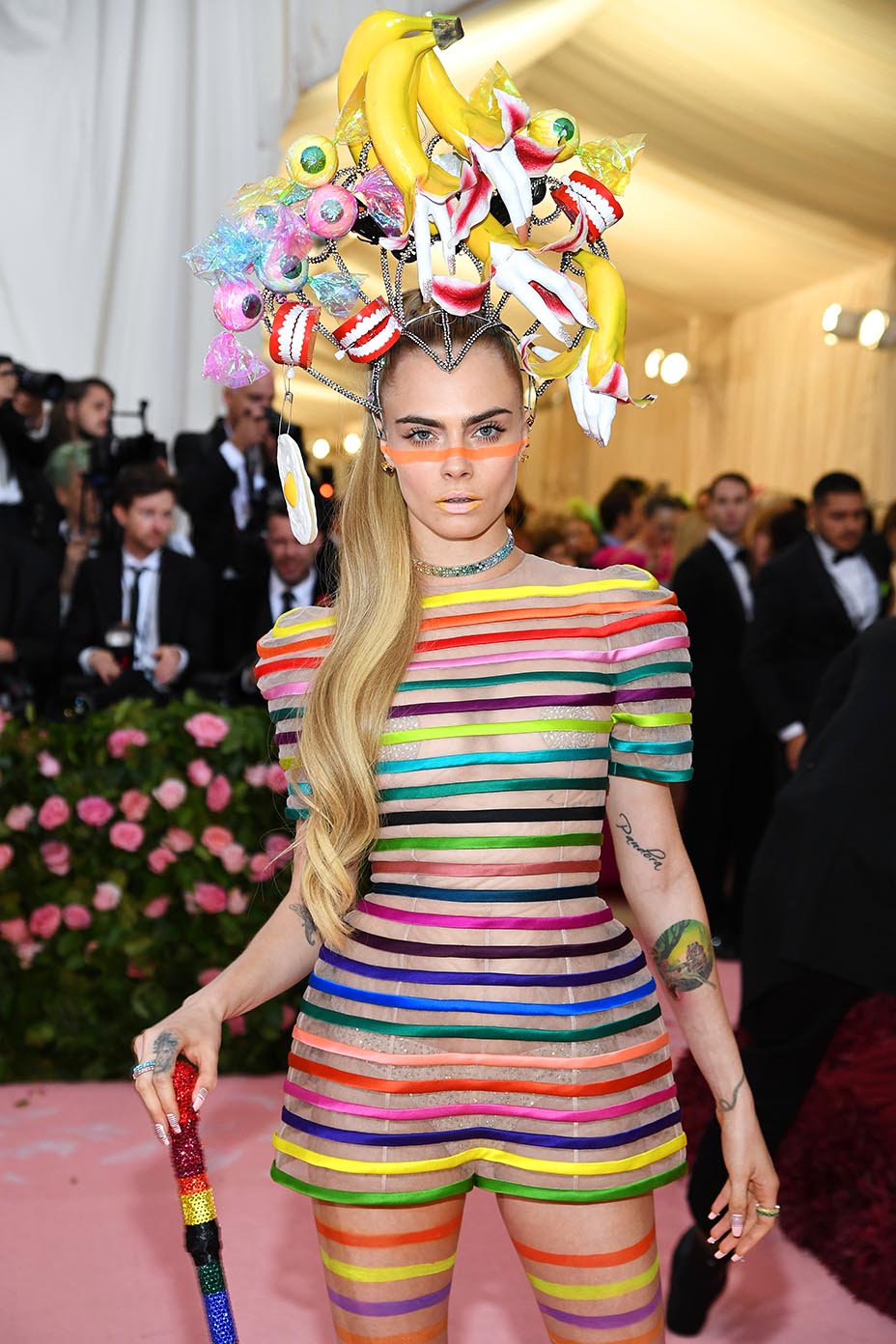 Monae wowed in a custom Christian Siriano outfit with asymmetrical sleeves and a randomly blinking eye on her left breast. But her stacked top hats completed the truly Mad Hatter vibe. “It fits in with the theme by being over the top in just the right ways and not taking itself too seriously! This look is all about having fun and going over the top, while still being chic and beautiful,” stylist Alexandra Mandelkorn told The Hollywood Reporter. 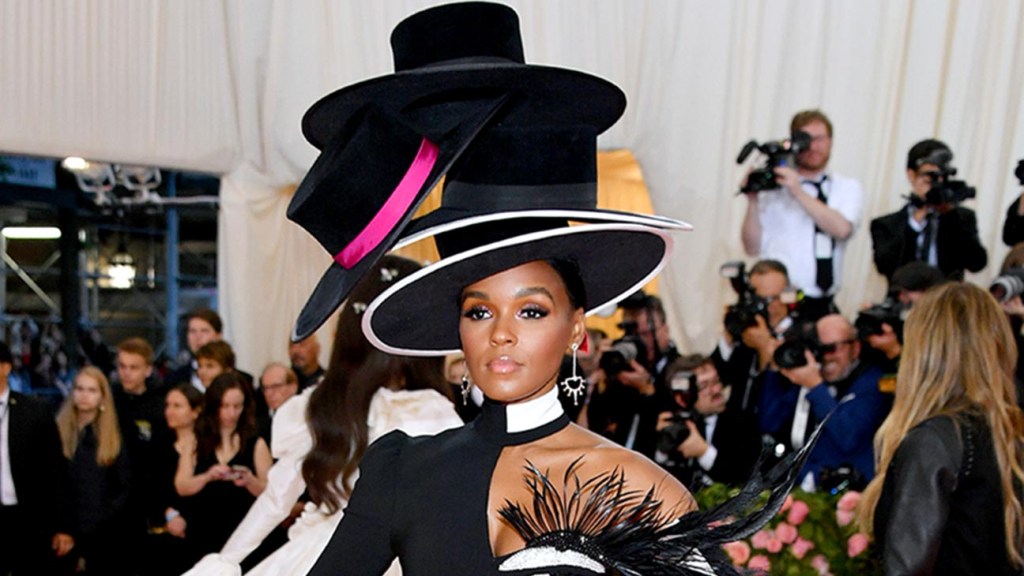 In a Cleopatra-inspired outfit, Billy Porter topped off his golden pharaoh look from The Blonds with a golden chain headpiece and gemstones around his eyes. The Pose star added Oscar Heyman’s platinum turquoise diamond ring ($35,000) and a yellow gold and sapphire diamond ring ($90,000). 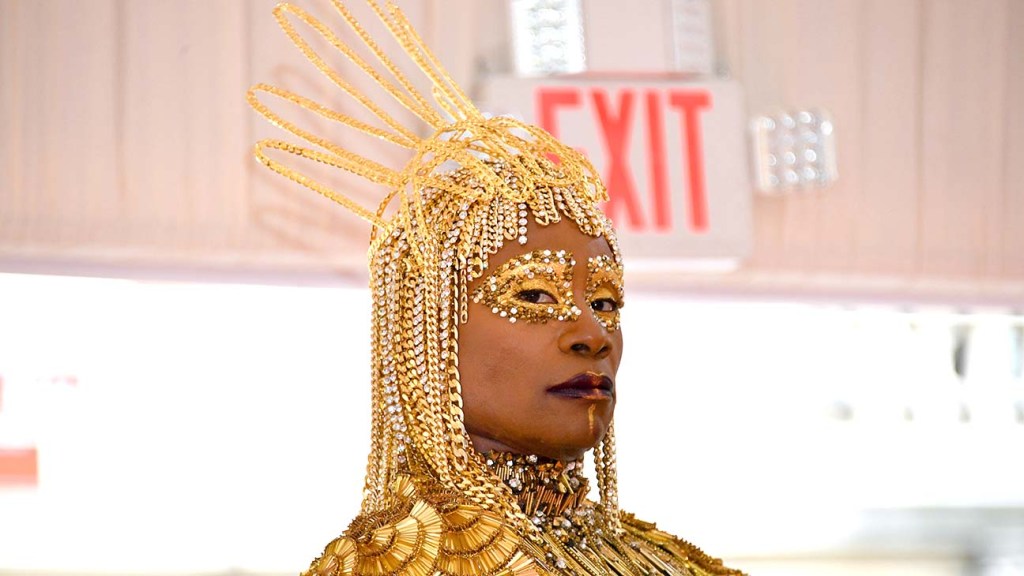 The model, in Dundas, sported an angelic feather headband with chain attachment across the front of her face. 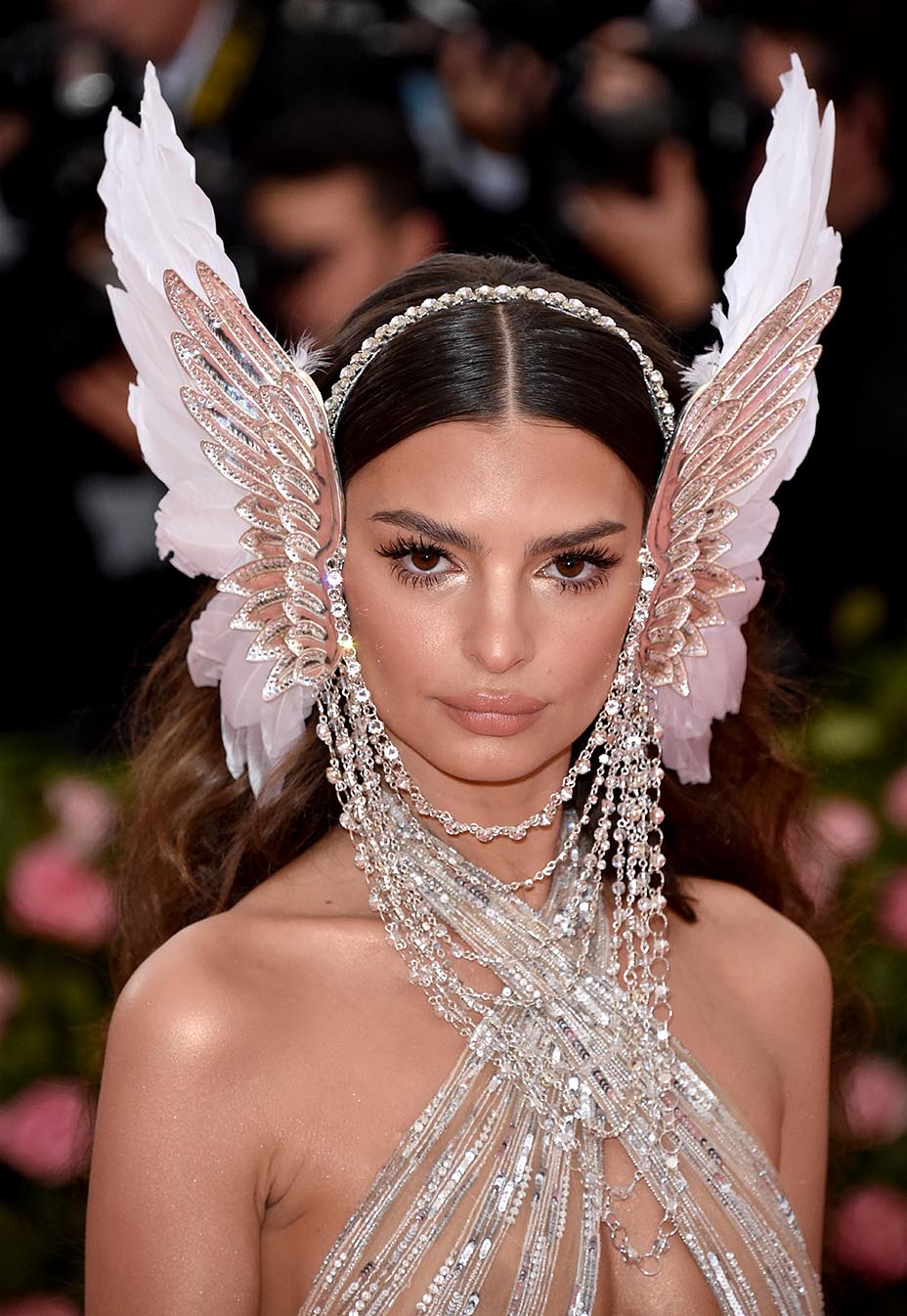 An ice queen, the Crazy Rich Asians actress rocked a giant crystal embroidered, caped gown from Tom Ford alongside a custom headdress inspired by Elizabeth Taylor in Boom. “Her hair look for the Met Gala was very ’70s Cher vibes during a night out at Studio 54. Between the gorgeous Tom Ford dress and the intricate headpiece, we aimed to bring every aspect together,” said Dove hairstylist Owen Gould, who worked with Chan. “We wanted to create something unique that spoke to creativity of the theme but also spoke to Gemma and keeping things elegant and chic.” 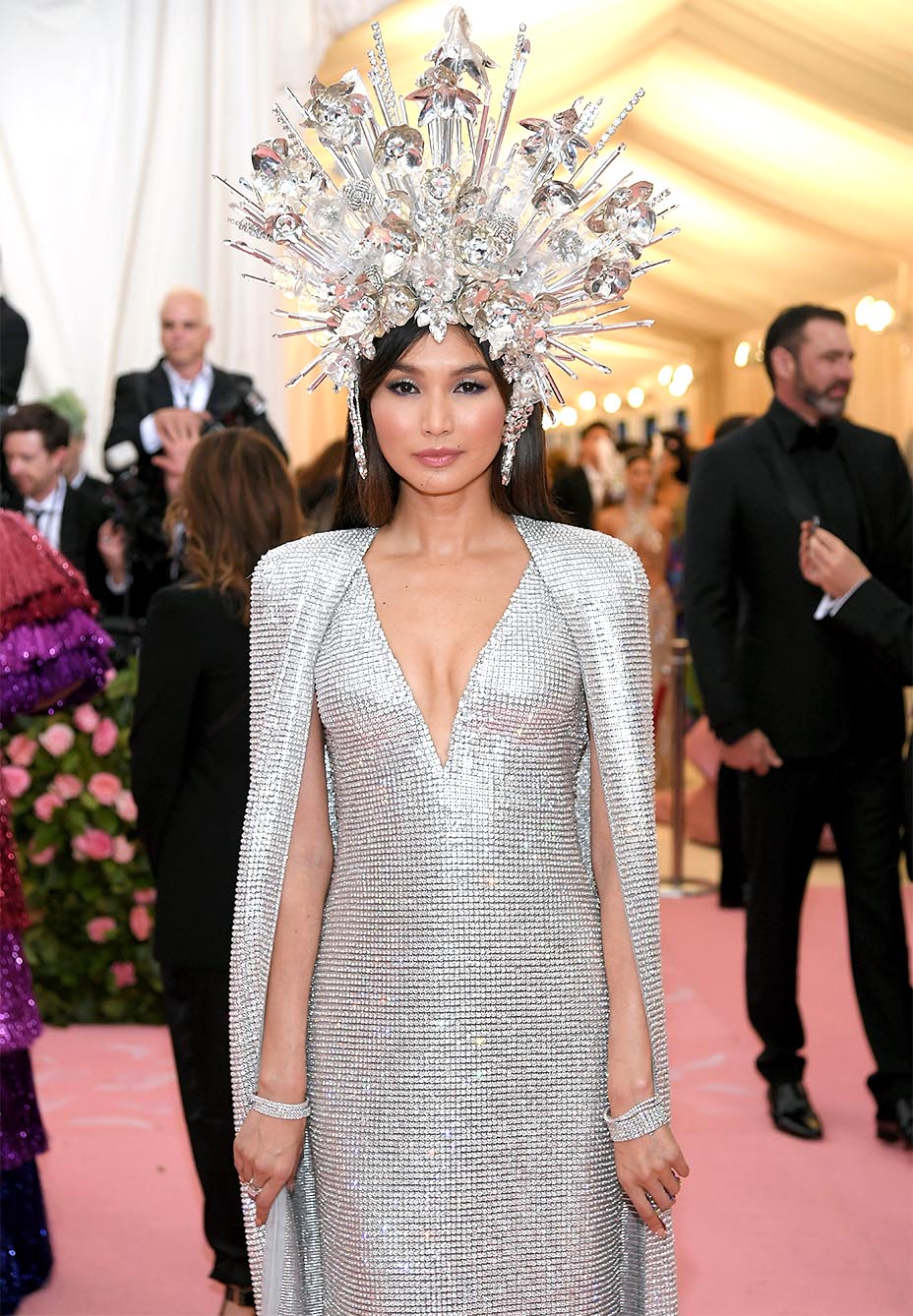 The singer arrived in a floor-length fringe bodysuit plus a sky-high headpiece made of peacock feathers. Her Oscar de la Renta dress weighs 22 pounds and took 3,000 hours to create. 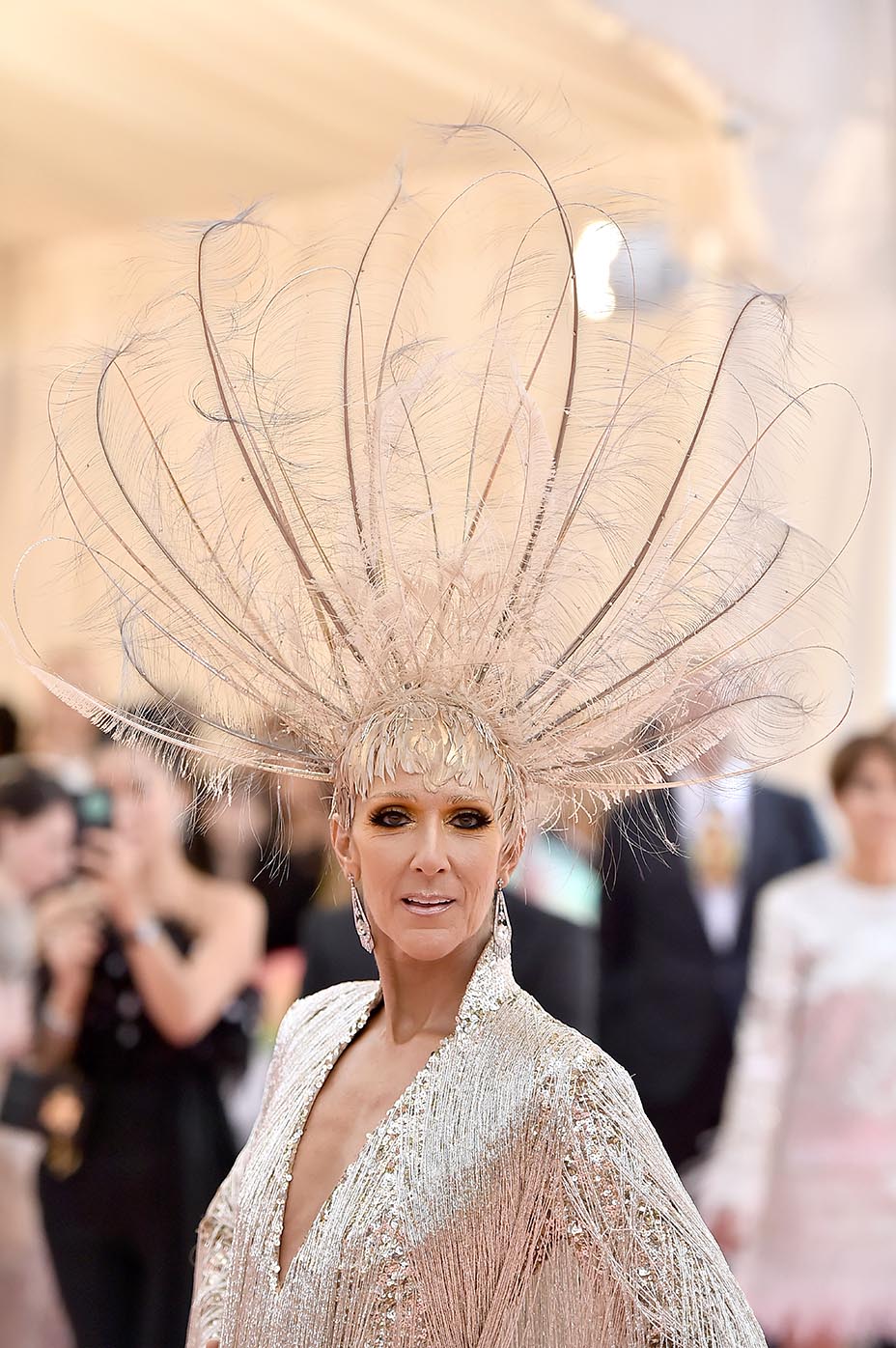 The Mary Poppins Returns actress was a sun goddess at the Met Gala in Michael Kors with a metallic flower crown by Stephen Jones. Stylist Jessica Paster added a clutch by Michael Kors, custom shoes by Sam Edelman and jewelry from Messika. 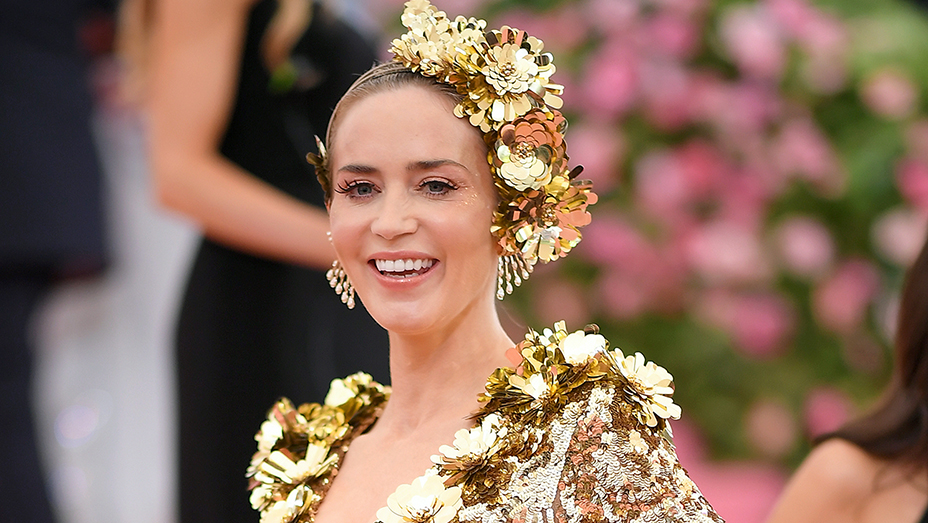 Dripping in fringe, Lopez wore a silver gown belted in the back with a dripping white cap by Versace. The finishing touch? Holographic heels. 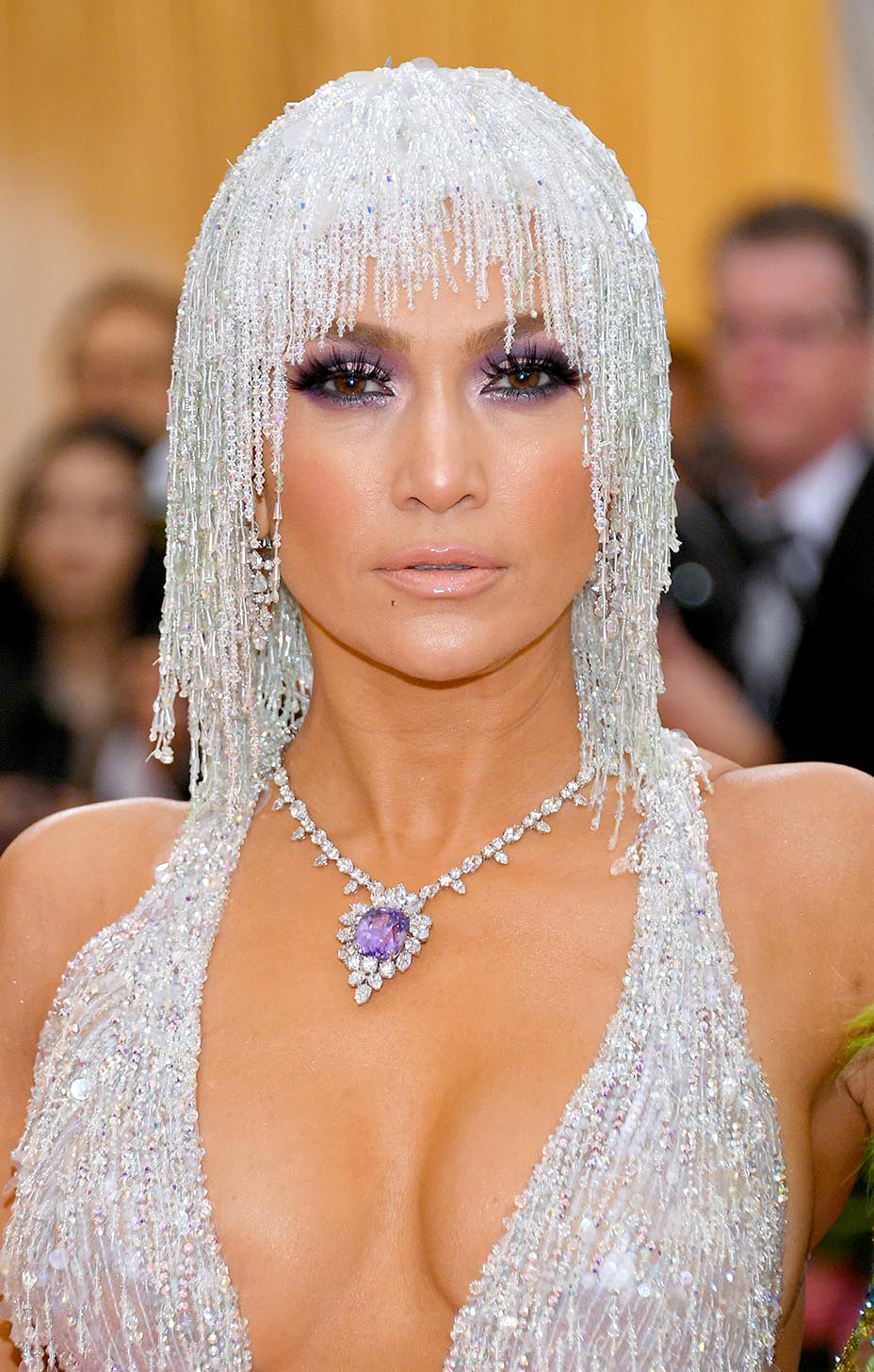 Givenchy turned Wonder Woman into a pearl princess with a headband and lace top with thigh-high boots; the look was designed by Meghan Markle’s wedding gown creator Clare Waight Keller. 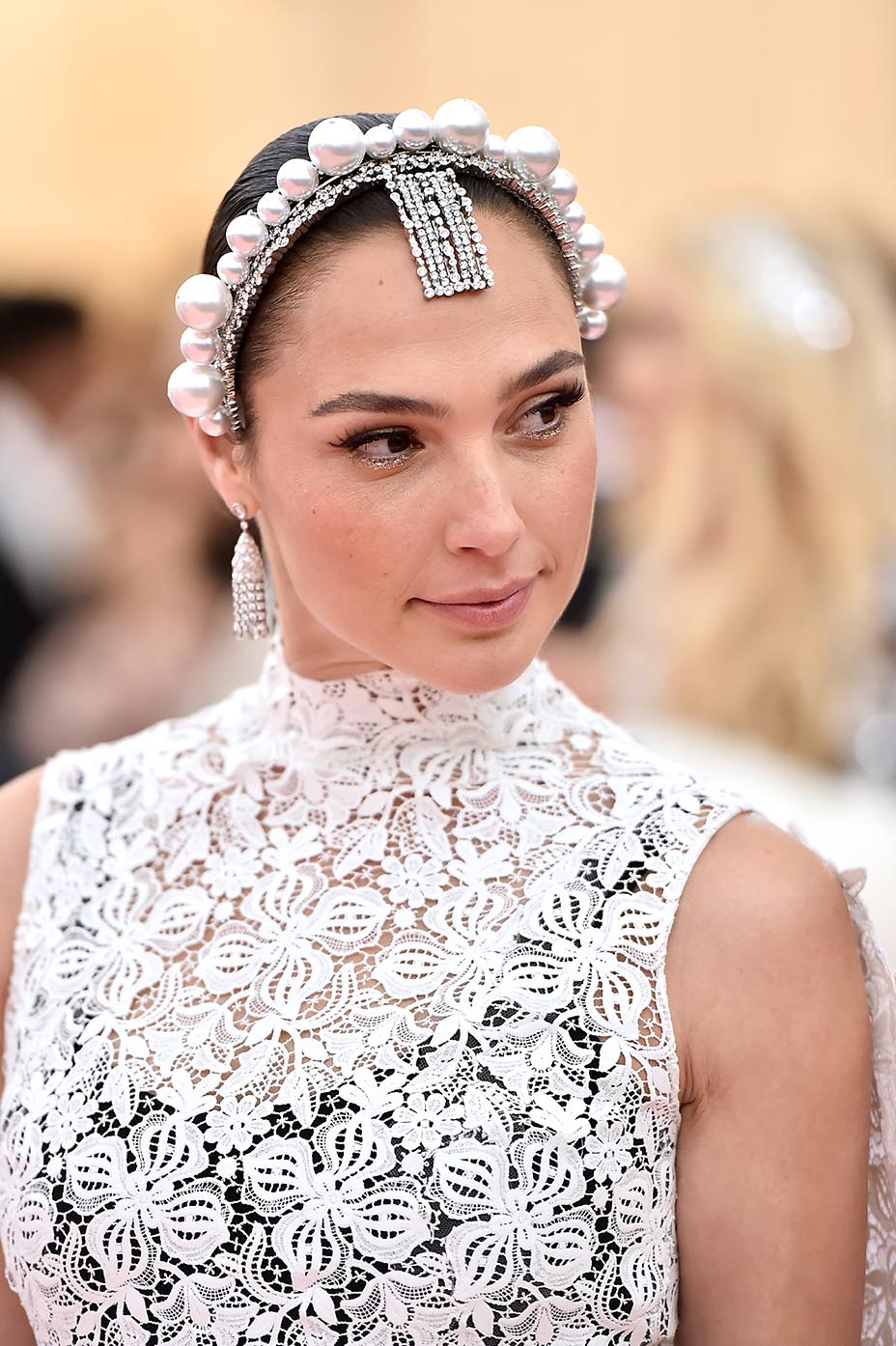 Wearing Gucci, Leto donned a red gown with crystal overlay. But the best accessory was himself — he carried a mold of his head to fit with Gucci’s Autumn Winter 2018 runway show. That counts as a head piece, right? 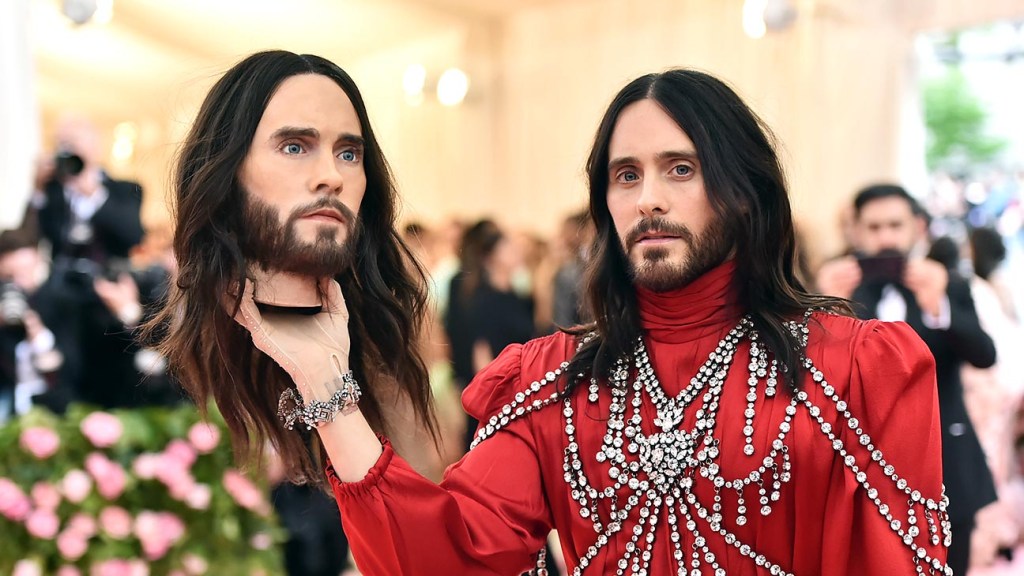