When the dress code calls for “avant-garde,” you know it’s gonna be good — or bad, or in this case, both. For lord’s sake, Jaden Smith carried his own freshly shorn dreadlocks in his hand as an accessory (now that’s avant-garde), while Bella Hadid wore what amounted to a sheer bodystocking (unclear on the concept). 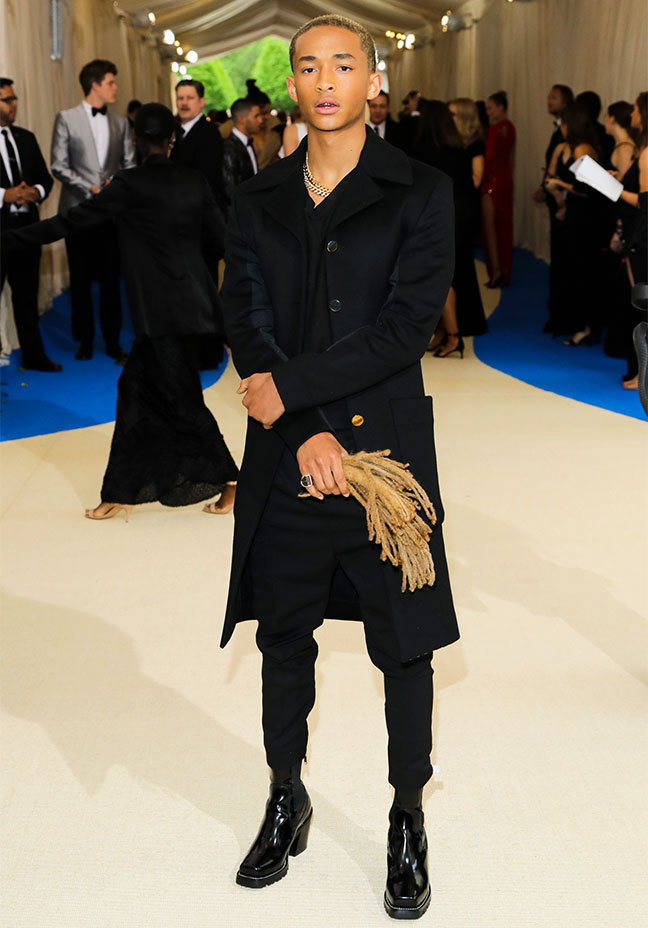 For the record, avant-garde is defined as new or experimental, and the Met Gala red carpet, otherwise known as the Oscars of fashion, had some of that, including silver hair, red eyeshadow and clothing that looked like art in motion.

The annual fundraiser for the Metropolitan Museum of Art Costume Institute, hosted by Vogue magazine in celebration of Rei Kawakubo, the avant-garde Japanese designer of Comme des Garcons, drew a who’s who of Hollywood and fashion Monday night, including co-hosts Katy Perry, Gisele Bundchen and Tom Brady. 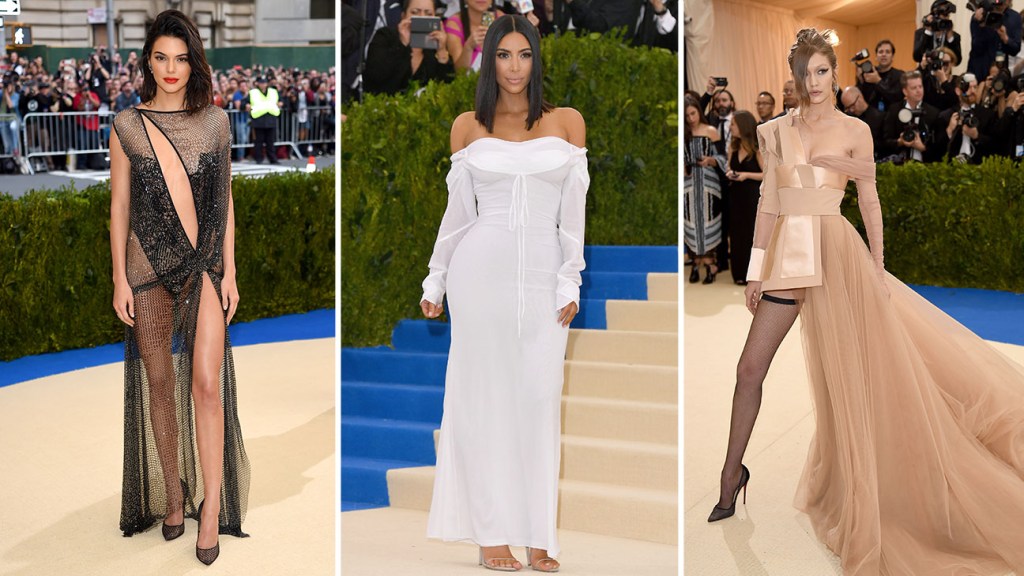 Guests struggled with the theme, trying to pay tribute to Kawakubo’s work, which explores such heady themes as the relationship of clothing to the body and the concept of women as objects. The Met’s exhibition, “Rei Kawakubo/Comme des Garcons: Art of the In-Between” opens Thursday and runs through Sept. 4.

It was not a good night for reality show royalty: Kim Kardashian’s white gown by punk goddess Vivienne Westwood was a snore, and Kendall Jenner attempted to revive a trend that’s so three years ago — the naked dress, wearing a sloppy look by La Perla. Gigi Hadid, who has now collaborated with Tommy Hilfiger on two runway collections, wore a custom, deconstructed satin and tulle jacket-dress hybrid by the designer who is known for sportswear for good reason. 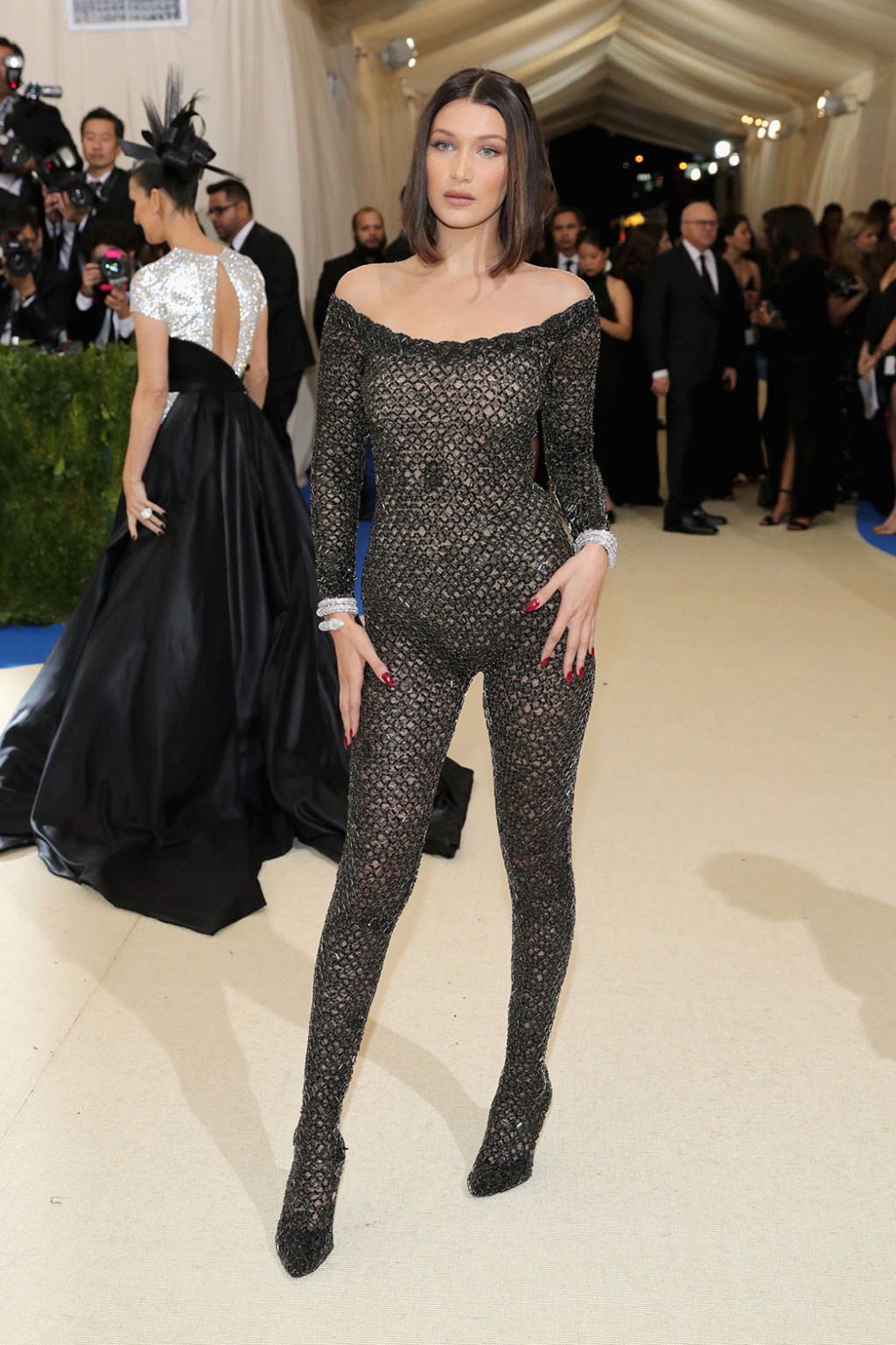 Interestingly, very few guests actually wore Comme des Garcons, except for co-host Pharrell Williams, who rolled up in punk ripped jeans, a plaid shirt and biker jacket; his wife Helen Lasichanh in a red jumpsuit that distorted her form (Rei handpicked it, she noted); Tracee Ellis Ross in a sculptural blue Comme des Garcons coat; and former ambassador to Japan, Caroline Kennedy, who got to know the designer when she was posted in Tokyo, wearing a brave floral tent. 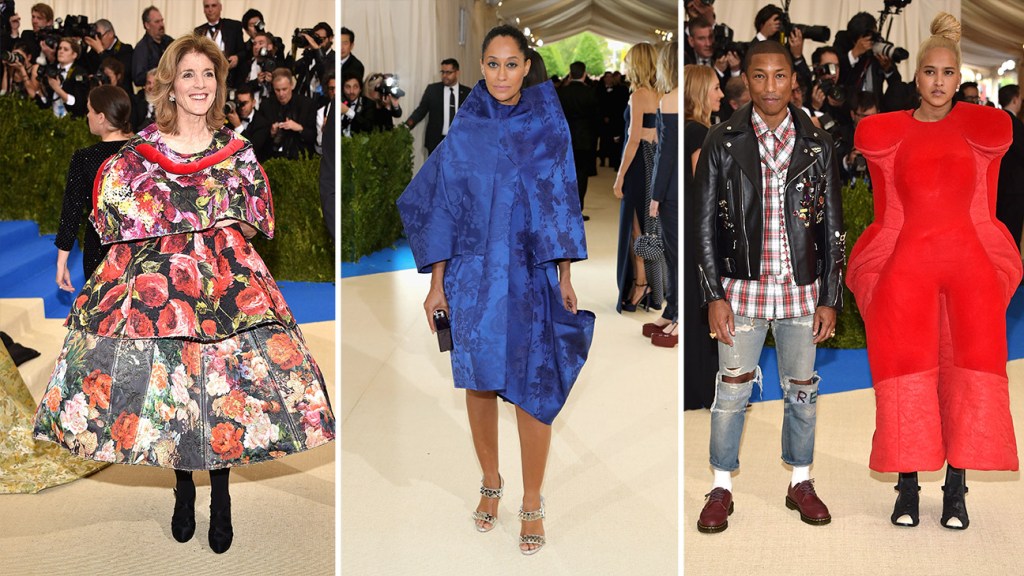 But they were all bested by queen of the night, Rihanna, who did Rei proud by wearing a fall 2016 dress from the designer’s Comme des Garcons runway. The pouf-ball of a dress was an assemblage of petals of fabric, both precious and mundane, which made Rihanna look like a walking fashion retrospective herself. It was a joy to look at, worn with fire engine red gladiator sandals that wrapped up her legs, lending some sex appeal to the curve-defying look.

Red was a popular choice Monday night, a nod to Kawakubo’s penchant for using the strong color (“red is black,” she has said). Rita Ora was wrapped up like a gift in sculptural red bows over a pale pink tulle skirt, a custom gown by Marchesa.

Rose Byrne wore the sexiest Ralph Lauren look I can remember seeing ever, a bodysuit with a deep, deep V decolletage and side cutouts, with a tulle skirt. The other Lauren looks on the carpet felt a bit forced, including Priyanka Chopra’’s extra, extra-long trench gown with train and Dracula-like collar. 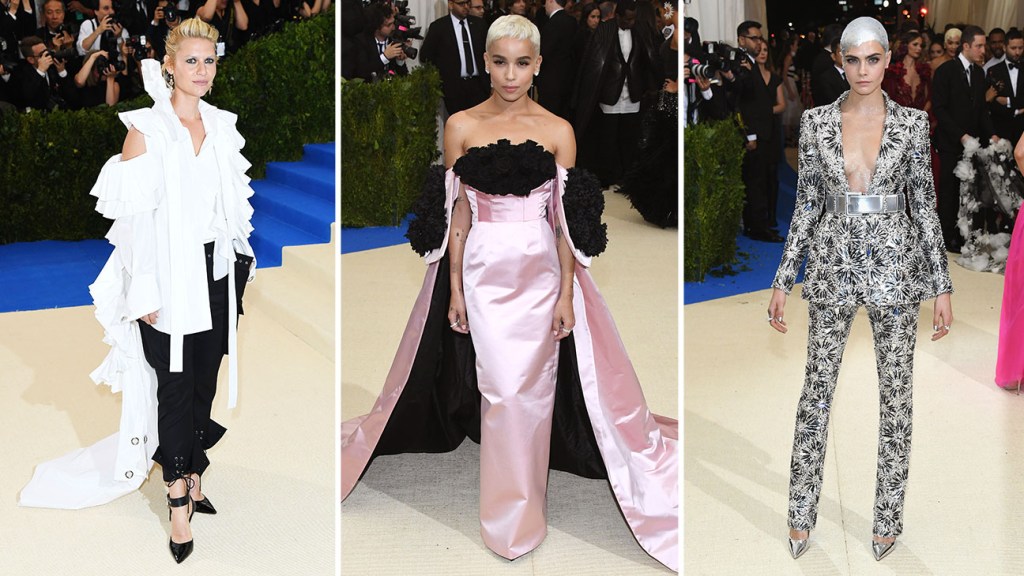 Claire Danes kept with the avant-garde theme, wearing a sculptural white blouse and pants by Laura Kim and Fernando Garcia, the designers behind the new American label Monse, who have led the trend of the chic shirt. They also head up Oscar de la Renta, and they scored a win for that house, too, dressing Zoe Kravitz in a pale pink and black caped gown, a classic-looking style that she managed to make modern with her new closely cropped ‘do.

Another designer who was well-represented (and represented the theme well) was Thom Browne, longtime partner of exhibition curator Andrew Bolton. Solange chose one of Browne’s fall 2017 runway looks, a black puffer coat dress, and even wore it as it came down the runway, with a pair of ice skates on her feet. Fashion editor Amy Fine Collins wore one of his masculine-meets-feminine looks, similar in spirit to the custom coat dress he made for Michelle Obama’s 2013 inaugural look. 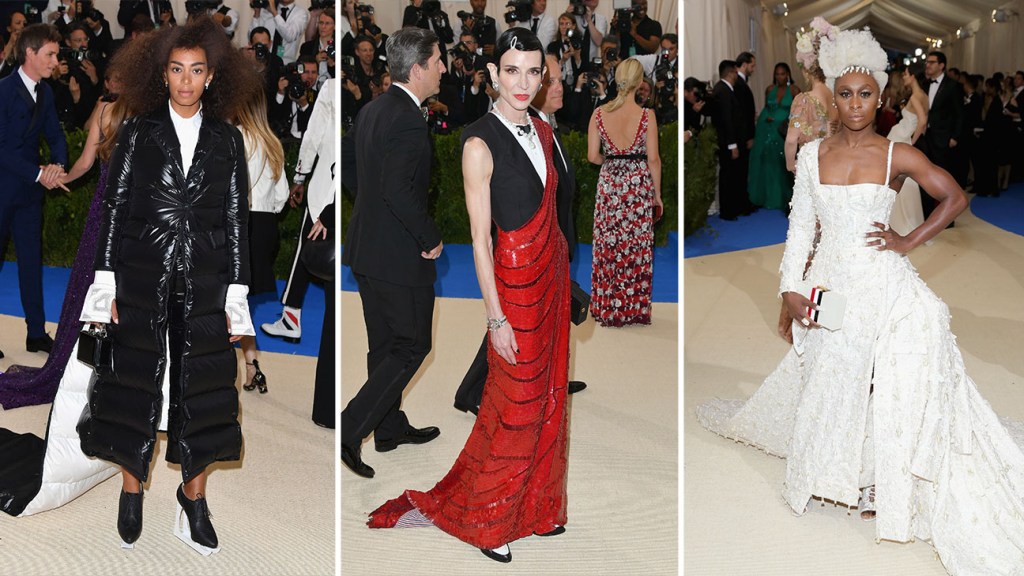 Cara Delevigne chose a belted spring 2017 Chanel couture pants look, but it was her silver hair that caused a stir, an homage to similar silver foiled looks that have appeared on the Comme des Garcons runway.

Several attendees referenced Kawakubo’s avant-garde spirit in their beauty looks (Kerry Washington’s black bob, Sasha Lane’s hot pink eyeshadow and Cynthia Erivo’s cotton candy-like hair), which was a smart way of nodding to a theme, instead of resorting to a poor imitation.