Each year at fashion’s biggest party, the Met Gala, some of the glamorous and architectural gowns need an extra hand gliding up the red-carpeted steps of the Metropolitan Museum of Art, thanks to long trains, poufy skirts and out-of-control embellishments. Guests often get ready for the ball in the nearby Mark hotel — in suites that can range up to 4,788-square-feet for the Mark Five Bedroom Terrace Suite at $40,000 a night, and where the first images of the evening are captured — and then get into their cars and drive the third of a mile to the base of the Met on Fifth Avenue, where the climb begins.

How Stars Will Do Anti-Glamour at the Met Gala

The more complicated the dress, the more likely it is that it will require assistance, whether that’s in the form of a luxury-brand rep who walks out of The Mark with the talent, or a stylist, celebrity or designer assistant who “fluffs” on the red carpet. “Sometimes it’s the designer themselves,” wrote one publicist who opted to stay anonymous. The person appointed to the position depends on a number of factors: how many people can accompany the talent on the red carpet (one publicist said it depends on the level of the talent), who the talent trusts, and who is available.

During the 2015 Met Gala, Rihanna’s enormous gold gown, designed by Chinese couturier Guo Pei, with a train that stretched out to a dozen steps behind her, required the help of three assistants dressed in black suits, one being her stylist Mel Ottenberg. Beyonce has had her stylist, Tyrone Hunter, close by for various Met Gala red carpet outings. When models Liu Wen and Arizona Muse emerged from the Mark before the 2014 Met Gala, a small army of attendants carried the skirts of their voluminous Zac Posen gowns before loading them on to a bus to the museum. 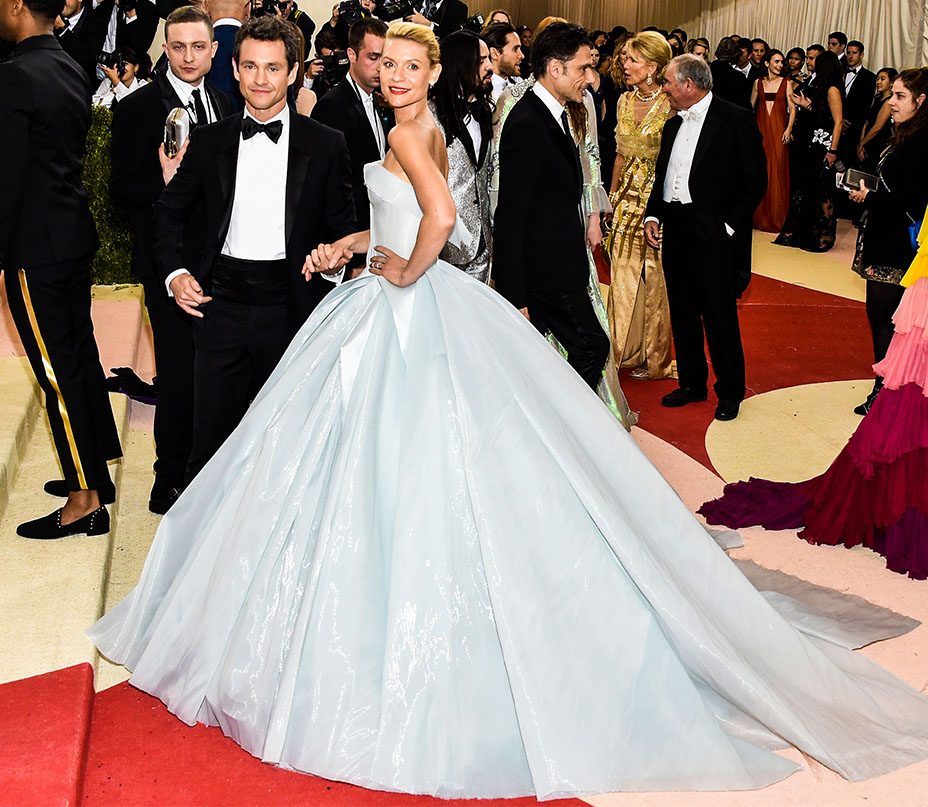 Zac Posen gowns often require extra care and attention, like in 2016 when Claire Danes wore an illuminated baby blue number for the evening, to coincide with the “Manus X Machina” exhibition. “Making sure the battery packs were charged and plugged in was the main concern,” says a Zac Posen spokesperson of the evening, which began with the creative director himself, Posen, helping Danes get ready at the offices on East 54th Street, about 30 blocks south of the Met. “The difficult part is the width of the gown, it is so wide, which made it somewhat of a challenge to get in and out of the car.” 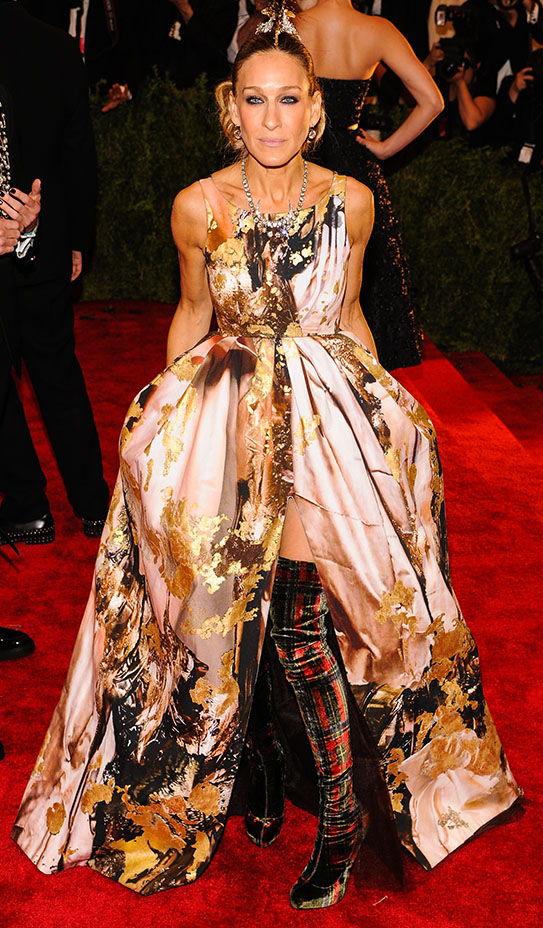 Some celebrities, such as Sarah Jessica Parker, opt to go the low maintenance route, and hence, fluffer-free. Her former stylist, creative director Tracy L. Cox, who dressed Parker for five Met Galas, made sure that the actress could do the upkeep on her ensembles herself, like in 2013 for the punk-themed Met Gala. Parker wore a Gilles Deacon gown that Cox cut down the middle to show off Parker’s custom-designed, thigh-high Christian Louboutin boots. Says the stylist: “The dress has pockets, so when you work the pockets it kinda does what the fluffer would do, so it fluffs on its own, it’s like pre fluffed.”

We’ll have to wait until Monday to see whose gowns will need fluffing this year.