The singer and her stylist wanted to “highlighting the playful, theatrical and artistic side of camp” at the event, stylist Alexandra Mandelkorn told The Hollywood Reporter.

Monae stepped out in a black, white and pink gown with four stacked top hats, asymmetrical sleeves and an otherworldly blinking eye with feather lashes. Her team worked with Smooth Technology to create the blinking eye on Monae’s left breast, programmed to be a random blinking sequence. “So she really does have a mind of her own,” Mandelkorn added.

The eye matched Monae’s coordinating fringe clutch and a lip printed on her skirt to create an abstract face. Her long braid was decorated with red lip accents, plus she had semicircle earrings by Hanut Singh and two white diamond rings by Stefere Jewelry. 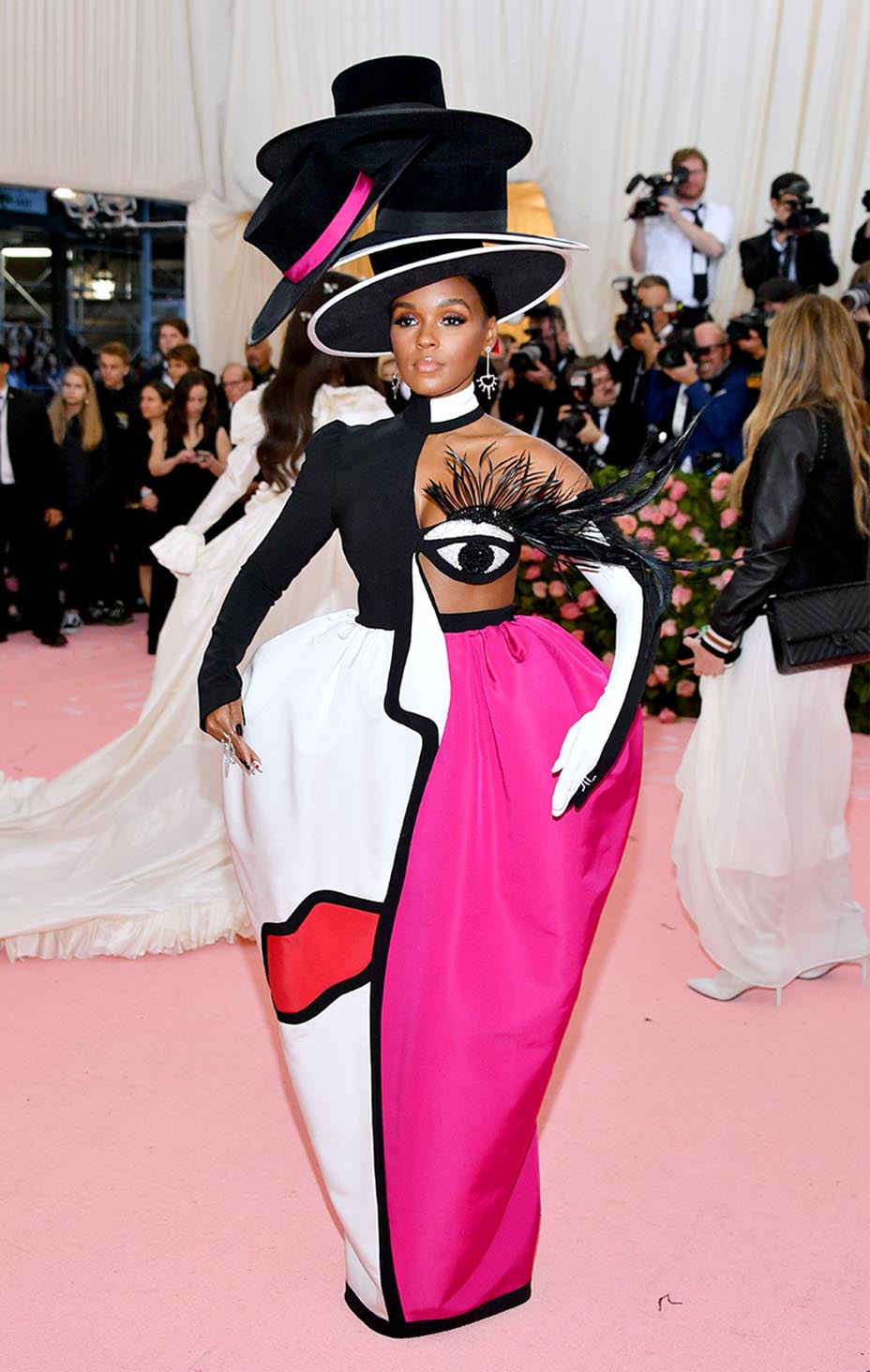 “It fits in with the theme by being over the top in just the right ways and not taking itself too seriously! This look is all about having fun and going over the top, while still being chic and beautiful,” Mandelkorn said. “From the crystal detailing, the black trimming, to the silhouette and the incredible hat sculpture — every bit matters! But I do have to say the blinking eye really makes me smile.”

Mandelkorn said they worked closely with Siriano and exchanged “hundreds of texts, emails and phone calls” to relay Monae’s desires and ideas to Siriano, who would then come back with his interpretation of her thoughts. Sketches, photos and videos were sent every step of the way, tweaking and adjusting as they went along. (Siriano also dressed Laverne Cox and Ryan Murphy for this year’s Met Gala.)

Monae is coming off her headlining Coachella set in April, where she celebrated an Afro-future theme by sporting military style coats and sparkling silver pants.

Everything Janelle Monae Wore During Her Afrofuture Coachella Set