Girls creator Lena Dunham stepped out at the Met Gala in a pink satin A-line minidress printed with the word “Rubberist” (i.e., a person with a rubber fetish) accompanied by fellow Girls star Jemima Kirke, who twinned in a black satin mini decorated with the word “Looner” (a balloon fetishist), topped off with a black rubber swim cap that fastened under her chin. 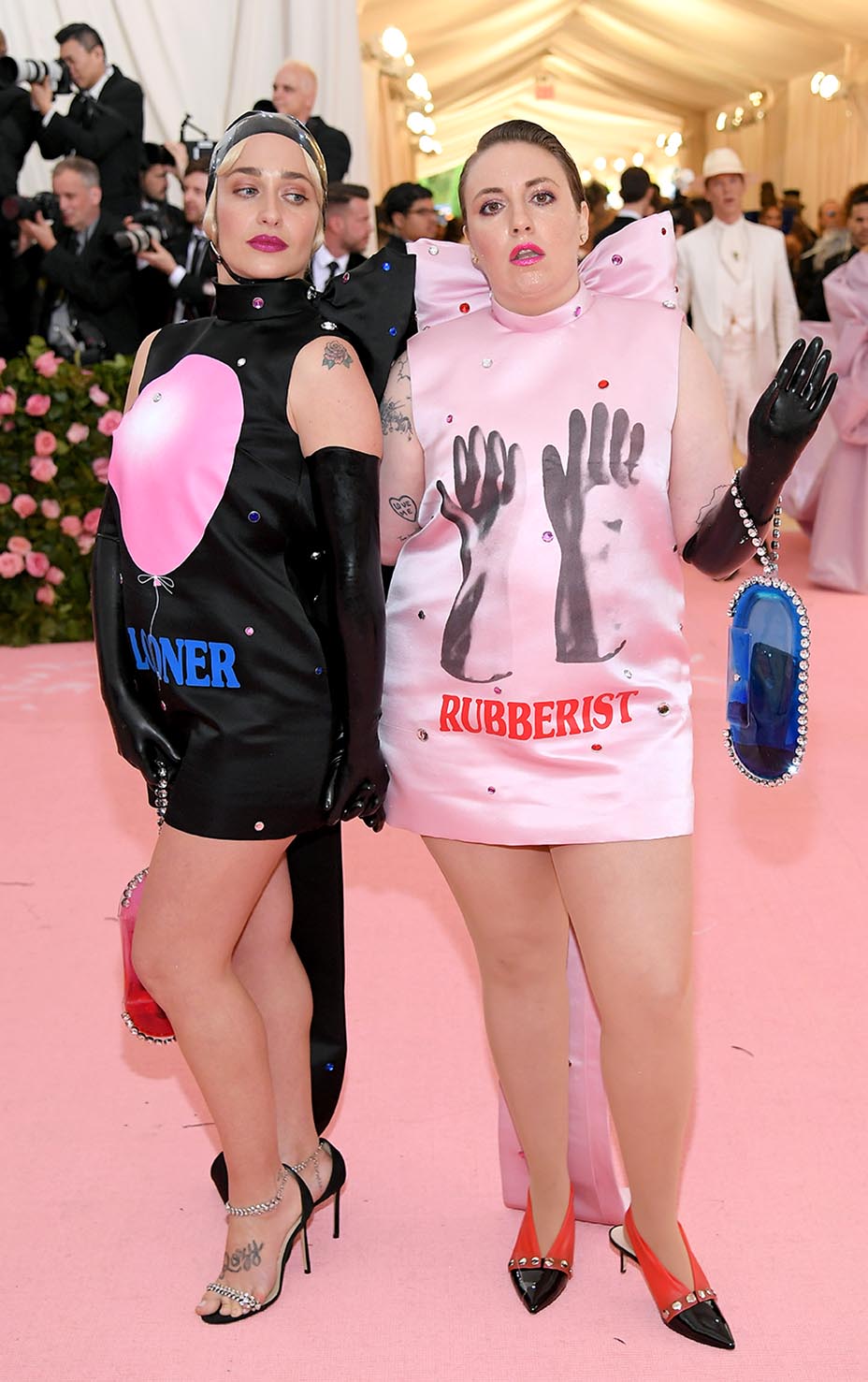 The bow-trimmed, bejeweled looks (with coordinating PVC crystal bags) were created by London-based fashion designer Christopher Kane, who told The Hollywood Reporter that Dunham’s look is “depicting the rubberiest print of latex gloves, accented with diamante studs and an oversized bow tie and train at the back.”

“Lena has such an intelligent sense of humor and has embraced camp and self-expression for all,” he continued. “We wanted something that Lena would feel like herself in and would be comfortable in, with a nod to the theme. It features a silhouette and print from the most recent Fall-Winter 2019 collection, which explores people’s obsession with fetish around inanimate objects.” 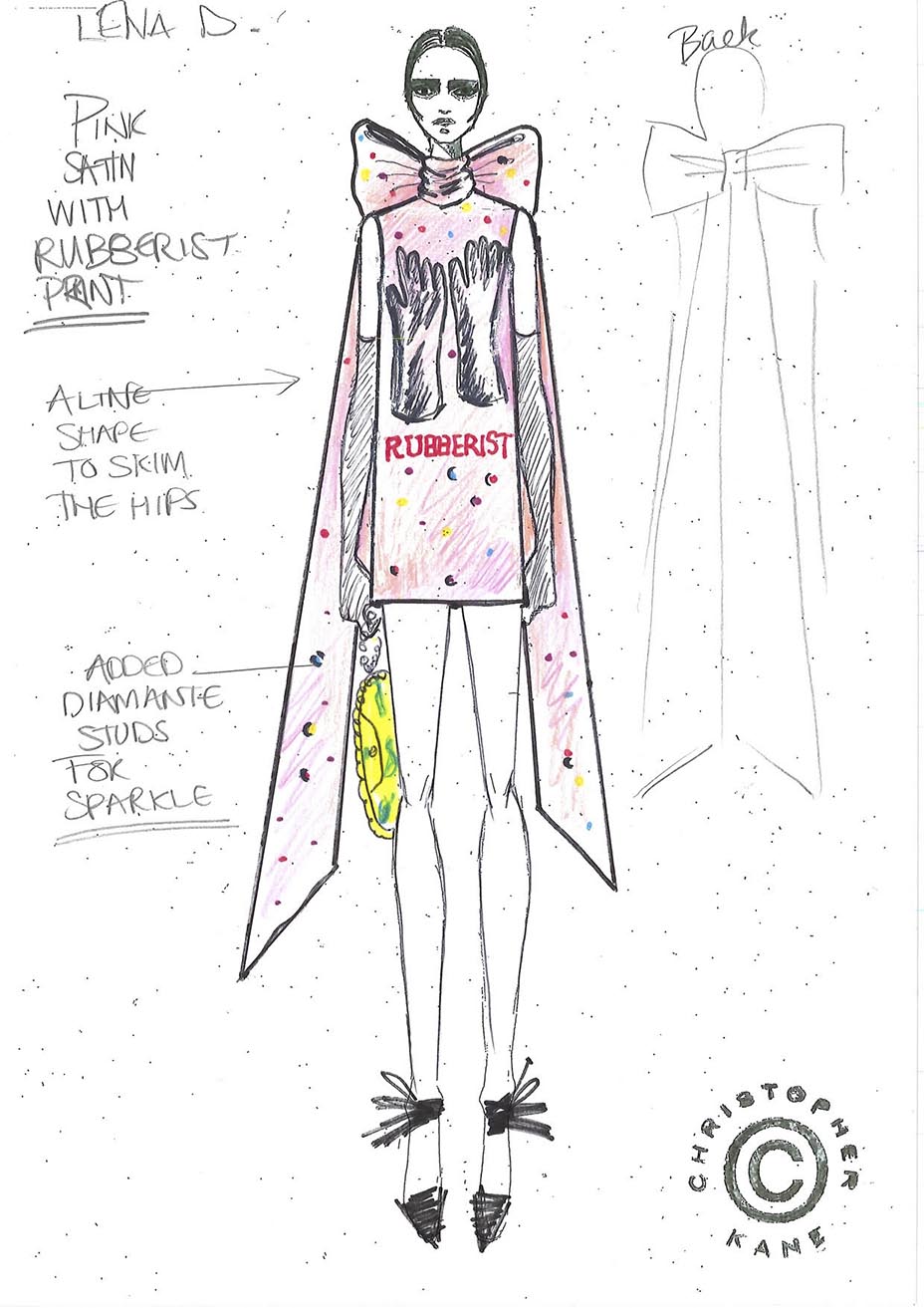 Many of Kane’s recent collections have been inspired by sex-oriented themes and fetishes. When he threw a party in Los Angeles last week at Giorgio’s night club, Kane decorated the venue with balloons printed with the phrases “Rubberist” and “Looner”; he also gave a talk on sex with The Sex Ed founder Liz Goldwyn and journalist Alexander Fury at the Frieze Art Fair in New York last week.