From one flamboyant showman to another, uber-producer Ryan Murphy channeled the legendary Liberace, as he headed into Monday’s Met Ball in New York in Christian Siriano’s custom pearl-embroidered, floor-length cape and tonal silk suit completely encrusted with sequins.

“I loved creating for Ryan because he’s a true artist and visionary himself,” Siriano said in a statement to The Hollywood Reporter. “He wanted to channel a true camp icon, Liberace, and it was so much fun.”

Actually getting to the ball was a little complicated, though. “It was literally hell — I had to lie down in the car,” Murphy told E! But it was worth it, as his getup fairly glowed against the museum steps which were covered in a complementary matching blush-pink carpet. 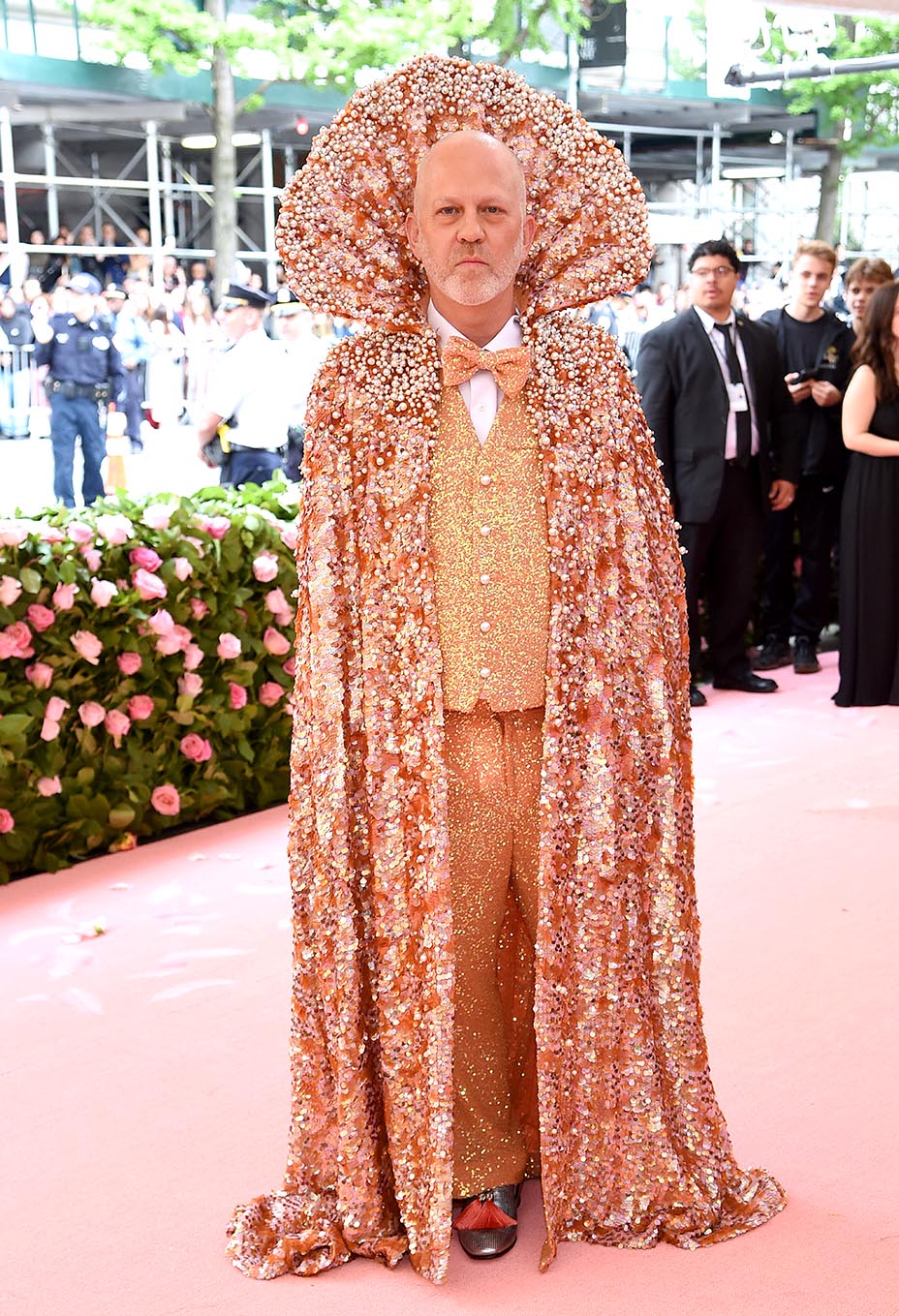 Murphy said his turnout was based on an actual costume from one of the late pianist’s shows called “The Neptune.” With the standup collar fanning out and a butterfly bow-tie, also bejeweled, Murphy summoned Liberace’s noted stage bravura.

Asked what it is like inside the museum doors, Murphy said, “Anna [Wintour, who has presided over the gala since 1995] welcomes you, and it’s like a dream,” adding with a bit of wonderment, “I grew up in Indiana.”

Murphy, who in the past has favored colorful Tom Ford dinner jackets for these kind of events, was paying homage to Liberace, the legendary entertainer who defined camp, especially at the height of his career in the 1970s, flying onto the stage in similarly caped confections. He died in 1987 from pneumonia due to complications from AIDS.