What if legendary Jewish mobster Meyer Lansky wasn’t quite as dead as everyone believed he was, and was just pretending to be as cover for one last job? That’s the hook behind the new graphic novel Meyer — and Heat Vision has an exclusive look inside the book ahead of this week’s release.

“When people think cinematic mobsters in the modern era, the de facto responses are the Scorsese canon, Coppola’s The Godfather trilogy, and De Palma’s Scarface,” writer Jonathan Lang tells Heat Vision. “These films are fundamentally immigrants’ stories. Aesthetically, I’m playing on similar turf as De Palma’s Miami, though mine is imbued with autobiographical nostalgia. I drew from the classic rise and fall narratives like the Public Enemy, Little Cesar and White Heat, but my Meyer’s rise comes before the credits have rolled. Imagine aging Meyer Lansky grappling with Jewish identity issues akin to the Coen Brothers’ A Serious Man. If I stick the landing [and] end up philosophically in the Coen Brothers’ camp, I’ve done my job.”

Lang’s collaborative partner certainly feels the writer succeeded. “I could not remain indifferent to this ‘goodfella’ in pencil and inked version,” notes artist Andrea Mutti. “I was immediately struck by the freshness of the dialogue. It was bread for my teeth!” (That latter comment, it turns out, is fueled by one of Mutti’s favorite things about the book: the fact that it’s “chock full of Yiddish proverbs.”)

The cover for the book comes from Shawn Martinbrough, veteran of such titles as Angeltown, Detective Comics and Robert Kirkman’s Thief of Thieves.

“Designing a cover for a crime-themed graphic novel is a challenge,” Mutti admits. “For this book, I went with a close-up shot of our protagonist, holding his piece in an awkward manner to his face, seeming to perfectly capture the quirky character of our aging protagonist. It was different and grabs the readers eye.”

Martinbrough’s cover and a preview of Lang and Mutti’s interiors can be seen below. Meyer will be in stores Sept. 24. 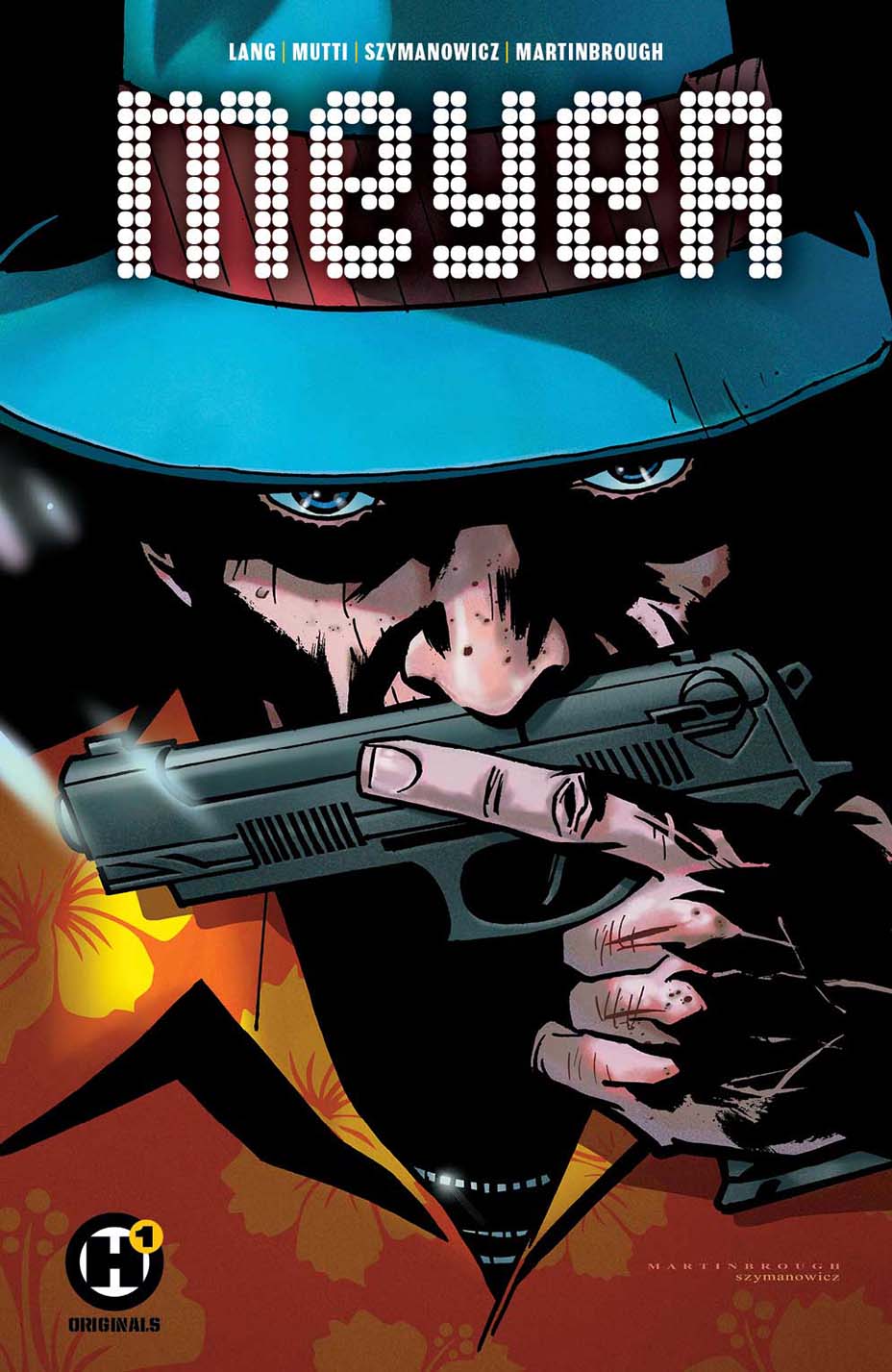 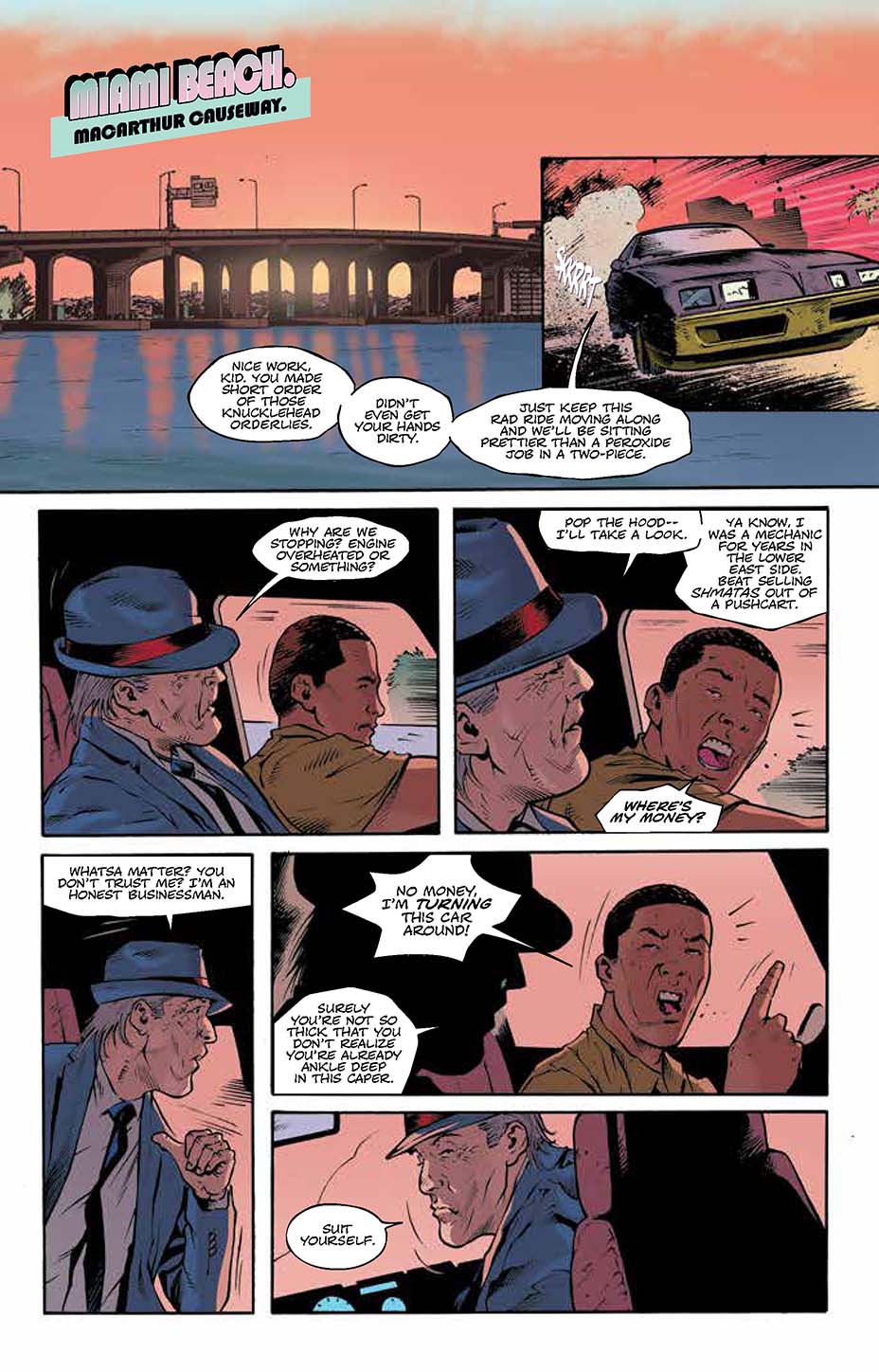 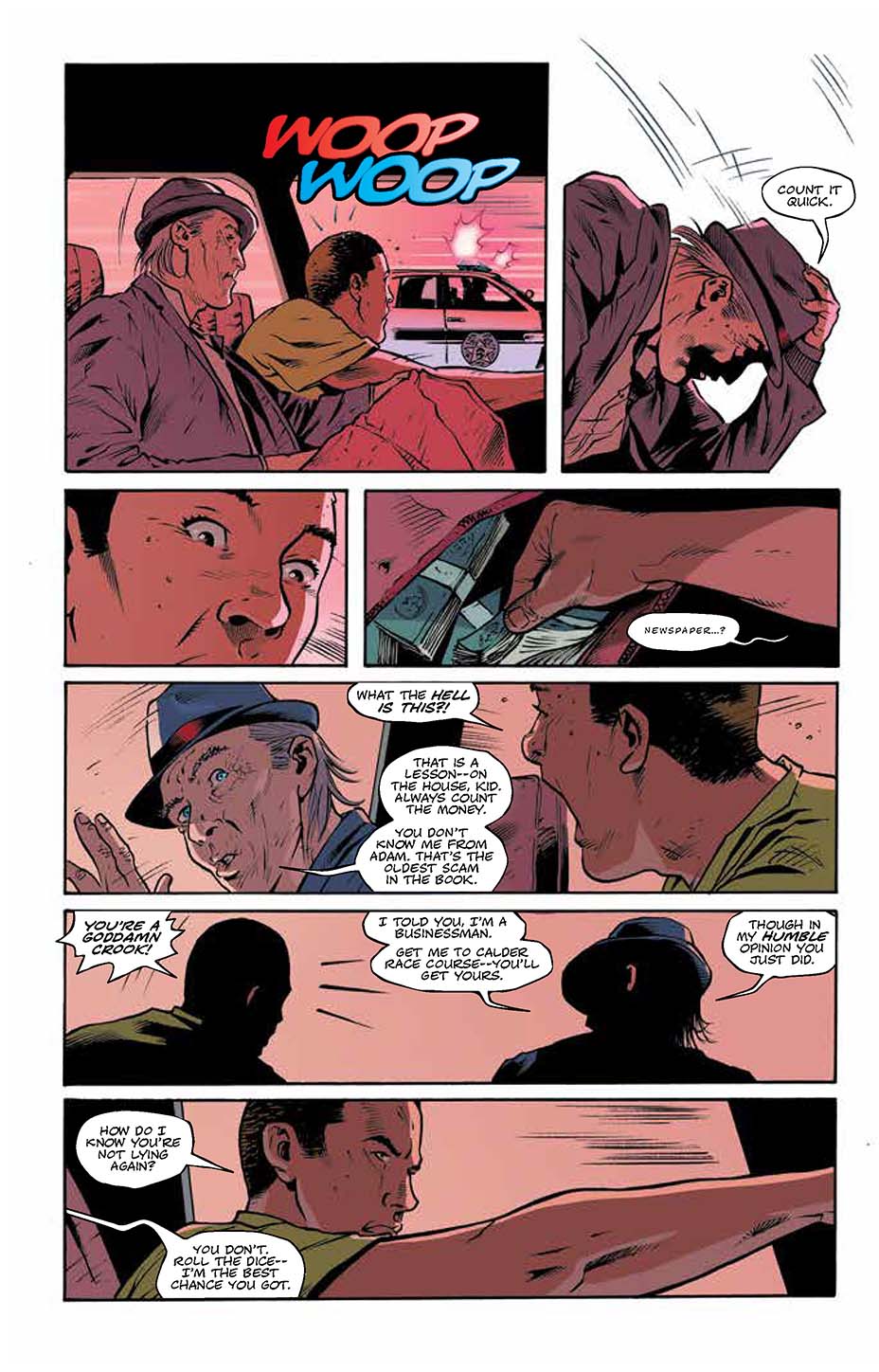 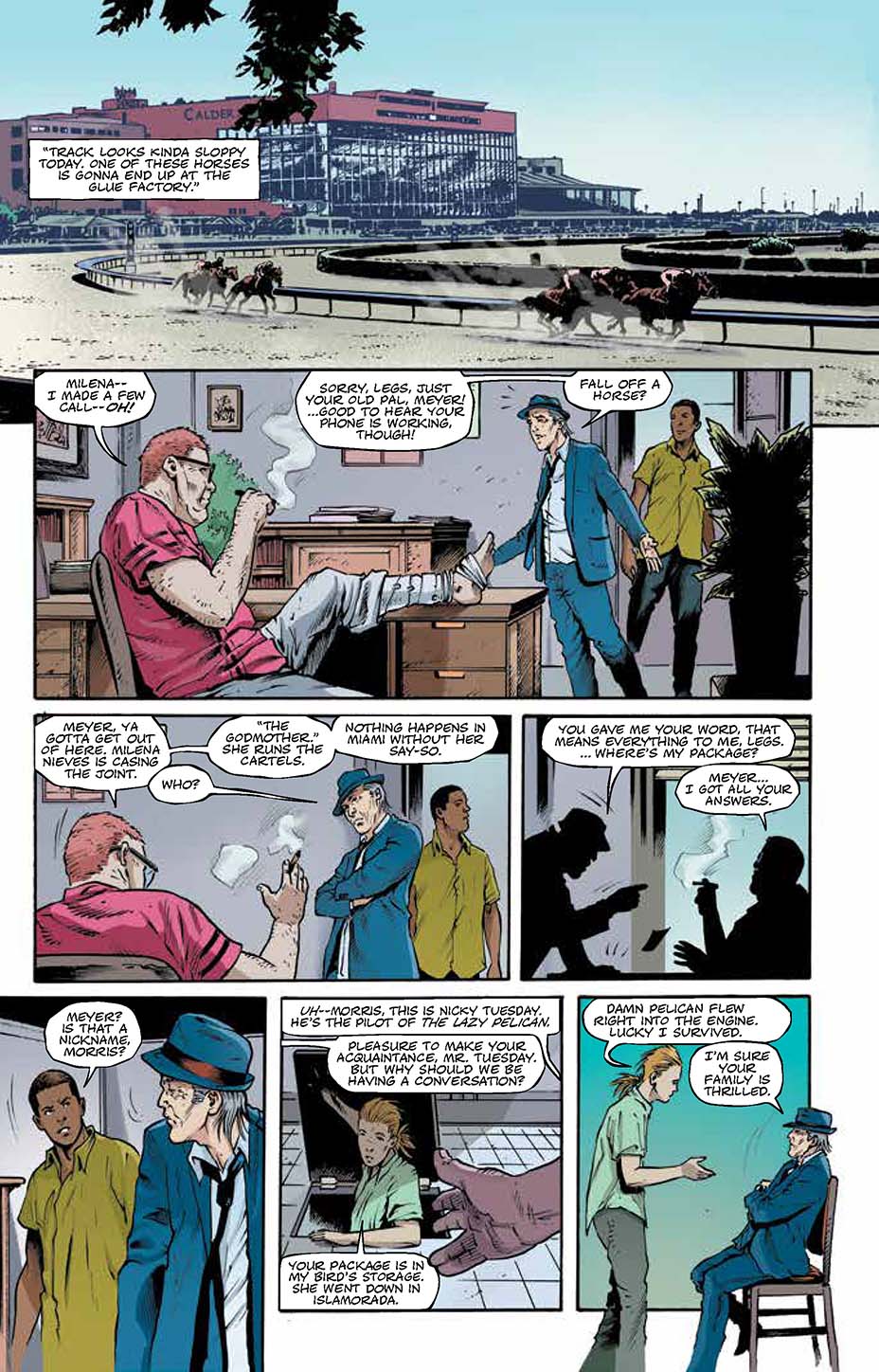 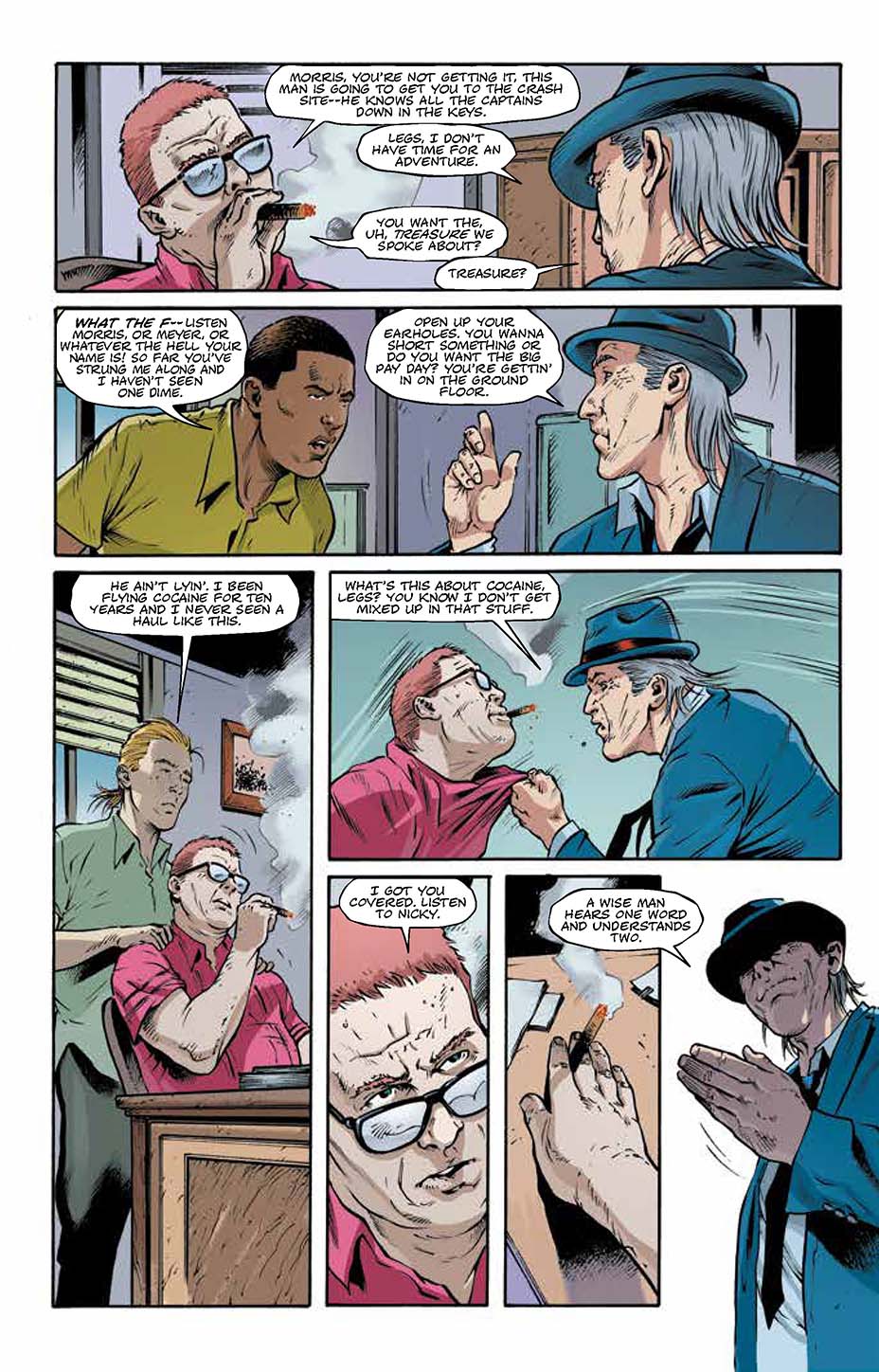