Mia Farrow doesn’t make it to big Hollywood events very often. In fact, her Pulitzer Prize-winning son, Ronan Farrow, wasn’t quite sure she would be in attendance at the Four Seasons’ ballroom in Beverly Hills Monday night for Elle magazine’s 25th anniversary Women in Hollywood event.

“The truth is that my mom has always been uncomfortable with fame and praise,” said Ronan in presenting his mother with Elle’s Legend Award, one of eight prizes handed out during a particularly passionate and headline-making three-hour program hosted by Mindy Kaling. “It was 50-50 that she would get on the plane here. I wanted her to be here and to be celebrated because frankly, she fucking deserves it.”

The audience — comprising A-list honorees including Lady Gaga, Charlize Theron, Sarah Paulson, Shonda Rhimes, Keira Knightley, Yara Shahidi and Angela Bassett and A-list guests like Ryan Murphy, Channing Dungey, Jennifer Lopez, James Corden and Sandra Bullock — obviously agreed, greeting Mia with a standing ovation. The tribute from her son was just as kind. (Their table also proved to be a hotspot throughout the evening with everyone from Chloe Grace Moretz and Rosanna Arquette to uber producer Kathleen Kennedy stopping by to pay their respects to the Farrows.)

“When I was 10 years old, my mom entertained an idea from me that we should get me a cow — I was an exhausting child,” explained Ronan, 30, in his opening remarks. “I noted that it would be good for the grass and the environmental impact would actually be pretty minimal and it would help us all be more attuned to the ethics of the livestock industry.”

Her reply? “She said, ‘Absolutely not, I’m not getting you a cow. I did the research, they are herd animals and they get PTSD if they live alone. Here are two cows. That’s mom. She is giving.'” (For the record: Ronan said of the two cows, Clover and Petunia, the former went on to have a successful career in television, starring in a Paul Newman commercial for tomato sauce.)

Even without livestock, Mia Farrow had much to manage at home with 14 children, many of whom “had complex physical and mental health issues to navigate,” Ronan added. “In some cases, my mom was adopting people where the concept of success was never going to be what many parents envisioned, where just being able to live independently was a victory. And some emotional scars from their past could never be overcome. She did all of this alone while working around the clock.”

While neither Mia nor Ronan mentioned Woody Allen by name, the subject of his alleged misconduct was addressed. “My mother also went through hell for us. When she was confronted with a powerful allegation of abuse from a powerful man in our own family, she stood by the little girl who made it,” explained Ronan, referencing his sister Dylan Farrow. “She did that even when that man offered us all compensation to turn on her and hire private investigators to smear her and powerful lawyers to wipe her out financially and PR agencies to ruin her name. She did that even when he swore that he would blacklist her and she would never work again.”

Ronan said that Mia never backed down, standing up not just for his sister but for “vulnerable people” everywhere — from inner cities to Darfur. “Today we are confronting our collective failure to create spaces where women and men are treated equally and with dignity. My mother has been fighting that fight at great personal costs for my whole life,” he said. “She was always ahead of her time.”

When it came time for her to take the stage, Mia took a few seconds to look back. But that came only after a quick joke about her presenter. “What a disappointment you turned out to be,” she said to Ronan, who is responsible for much of the reckoning in Hollywood thanks to his coverage in The New Yorker of sexual misconduct in this town, specifically stories about Harvey Weinstein and Les Moonves. But during quiet moments of Monday night’s program, Ronan looked less like a powerhouse journalist and more like a doting son, often rubbing his mother’s back, whispering in her ear and even sharing lip balm with her prior to their moment in the spotlight. Mia’s tribute also featured a highlight reel of some of her notable film work including Rosemary’s Baby, Peyton Place, Broadway Danny Rose, The Purple Rose of Cairo and Hannah and Her Sisters.

“I started working in this town more than a half a century ago,” said Mia, who during the dinner was flanked on the other side at her table by Quincy Jones. “I do know what it’s like to be groped and prodded in auditions. As a 17-year-old apologizing to the studio head who just stuck his tongue down my throat — apologizing out of the room. I know what it’s like to go to work and have men make every single decision — from the clothes you wear, to the salary you get to the decisions you make about your performances, all of that — I mean, I know that in the core of me.”

After a brief look in the rear view, Mia then set her sights on the future.

“I hope that I live long enough to see everything that you hope for come to fruition. I see where we are now. I see women refusing to accept unequal treatment and inappropriate behavior and its exhilarating,” she said. “I want to live see equality. Not just progress, not just improvement but true deep lasting, unequivocal equality.” 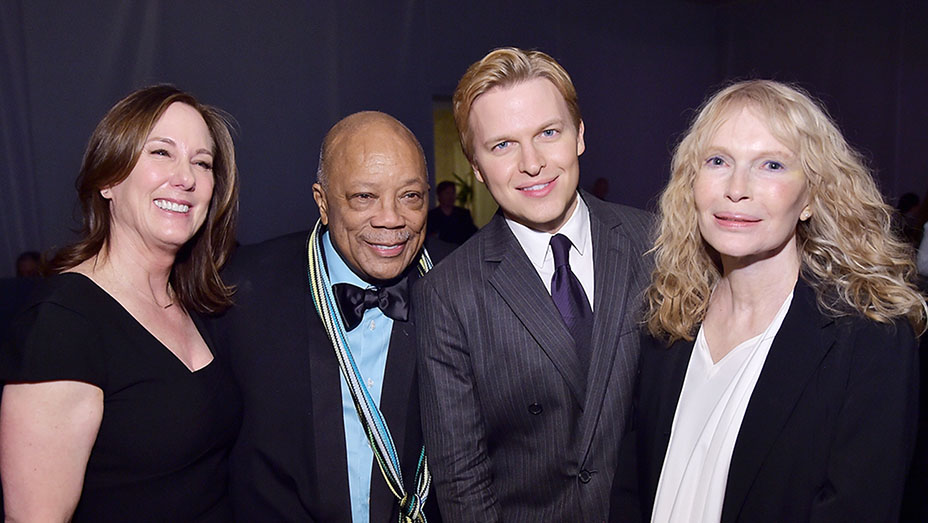 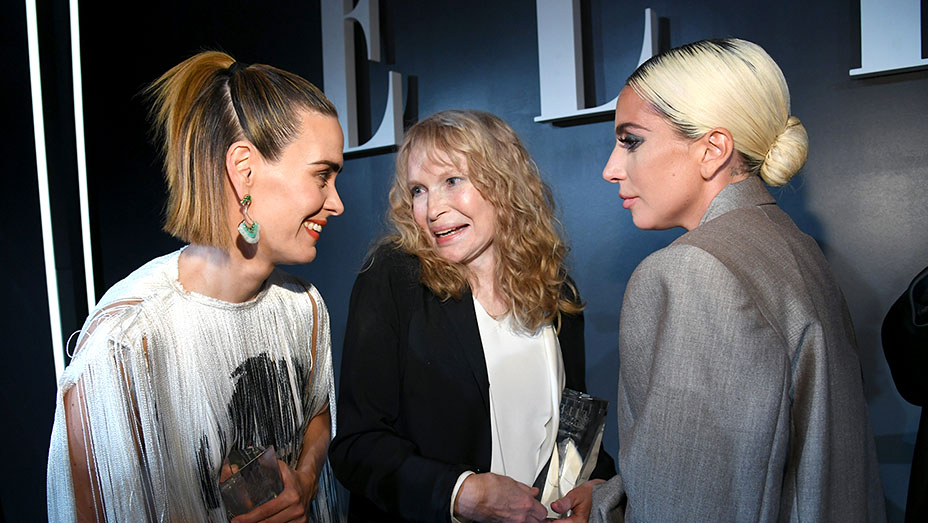 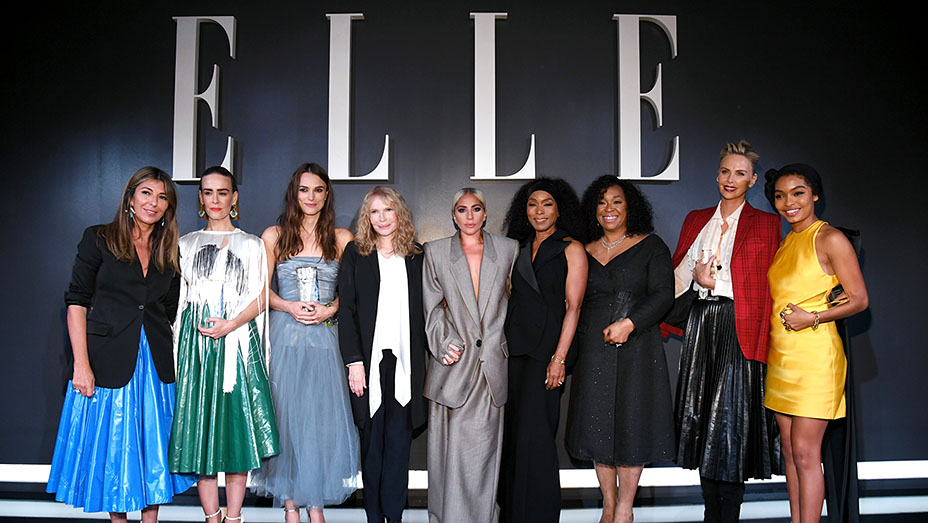 William Shatner on How He Came to Collaborate With Joe Jonas on Spoken Word Album: "It's Still a Mystery"