Mia Farrow is speaking out about her time with Woody Allen, characterizing their famous relationship as “not all white or black” in a new interview.

Farrow spoke to Elle for a feature as one of the magazine’s annual Women in Hollywood honorees. Though the story was published Wednesday, the interview was conducted in August, one month before Soon-Yi Previn would break her silence about her relationship with Allen and the sexual assault claim against him from Allen and Mia Farrow’s daughter Dylan Farrow. (Allen has vehemently denied the claim.)

When speaking about the #MeToo movement, Mia Farrow says in the interview that her first “really awful grope” was from a “very famous” studio head when she was 17. “Oh, Lordy, I wish there were tapes,” she adds. Turning to her much-documented relationship with Allen, she says, “It’s not all white or black. Otherwise you’d ask yourself what on earth you’re doing with that person for 10 minutes, let alone for 10 years.”

Still, she said that when it comes to Allen, she has become indifferent: “I reached a place many years ago where I just don’t care about him.”

When Previn spoke out the following month, she also alleged years of abuse by Mia Farrow. Previn, who was adopted by Mia Farrow and her then-husband Andre Previn in 1978, began a romantic relationship with Allen in 1991. At the time, Allen was still in a relationship with Farrow. Soon-Yi and Allen later married in 1997.

The Previn profile was largely criticized due to the relationship the writer had with Allen. Both Ronan and Dylan Farrow condemned the piece, but Farrow declined to comment.

Mia Farrow’s family story has been resurfaced in the #MeToo era, with Dylan Farrow publicly speaking out about her claims against Allen (that he assaulted her at age seven) and Mia Farrow and Allen’s son, Ronan Farrow, becoming the leading investigative reporter to launch the movement with his Harvey Weinstein and subsequent exposés.

Ronan Farrow took part in the accompanying Elle photo shoot and spoke to the magazine via email for the feature. “There was obviously a great deal of pain and turmoil in my childhood. But I also got to see a working single mom spend incredibly long hours being there for each of us,” he said. Mia Farrow had 14 children, four biological and 10 adopted. Three of her children have since died tragic deaths and estranged son Moses has accused Mia Farrow of physical abuse. (She has denied the claim.) “Many of my siblings had complex physical and mental health issues to navigate, and the way she threw herself into years of dealing with that, while still making things fun and imaginative, still kind of bowls me over,” Ronan Farrow added.

When discussing the spotlight that was put on Mia Farrow and Allen during their famously documented relationship and split in the 1980s and early ’90s, Ronan Farrow told the magazine that his mother was subjected to an “old-fashioned smearing and blacklisting campaign” that wouldn’t hold up today.

“‘She’s nuts, she’s jealous’ is an old and thin deflection tactic in child abuse cases,” he wrote of the custody battle. “But she was in the crosshairs of that at a time when a certain echelon of a powerful man in Hollywood with the right team of publicists really held all the cards. In retrospect I see the parallels to some of the systems that I’ve reported on.”

Dylan Farrow had first resurfaced her claim against Allen in a 2014 open letter in the New York Times. In 2016, Ronan Farrow wrote a column for The Hollywood Reporter backing up his sister.

Both pieces came ahead of the #MeToo movement and were decisions each made without consulting Mia Farrow. She says, “Both of them wrote their pieces without telling me. Because for me, it’s the sleeping dog that you don’t want to rouse. But I also understand and deeply respect when my daughter decided she needed to do this.”

In the piece, Mia Farrow is also asked about the much-circulated rumor that Ronan Farrow is the son of Frank Sinatra, not Allen. To which she coyly replies: “Will it still fly if I say he was an immaculate conception? It worked for Mary.” 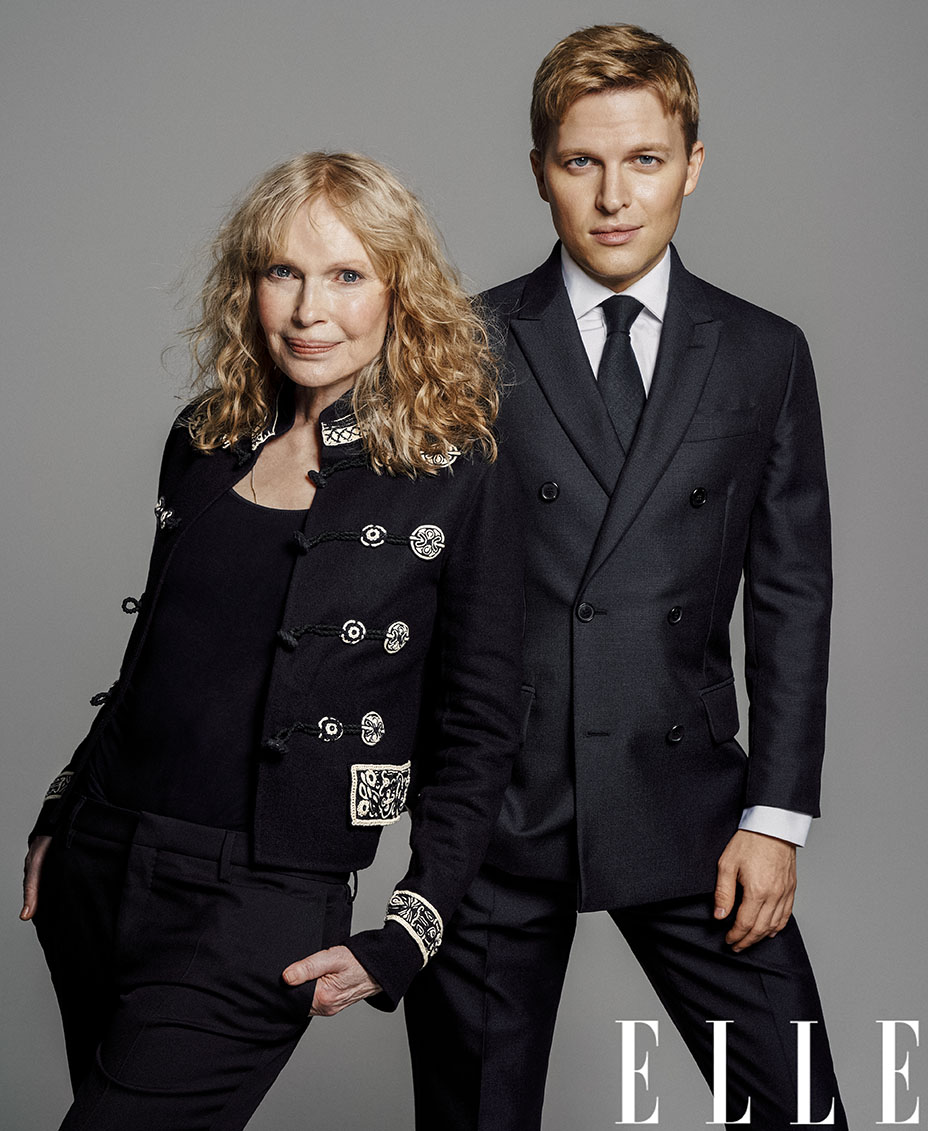