While honoring Monday night’s Met Gala theme of “Heavenly Bodies: Fashion and the Catholic Imagination,” it was also important to Samuel to stay true to what Jordan represents as “someone who has a prominent role in such a historically powerful movie like Black Panther,” she says. “We really wanted to collaborate with a black designer who is paving the way.”

For that, they turned to Abloh, “the first African-American artistic director at Louis Vuitton, who is such an innovator of culture,” says Samuel, who also styled Black Panther star Letitia Wright in a custom Coach look for the occasion.

Met Gala: The Full Backstory on How Kim Kardashian Was Able to Borrow the Marilyn Monroe Dress

Tying together the “boldness” of Black Panther with his own innovative approach to fashion, the designer created a custom suit for Jordan, the first of its kind for his streetwear line. “It was a very clean suit from Virgil. It’s very true to Off-White,” says Samuel, who added a diamond cross by David Yurman to the look to tie in the theme.

“Michael was able to have a meaningful moment for the Met, and really think about the whole aesthetic,” says Samuel. The evening held a special significance for her as well. “This was my first time working with Michael, and having this moment was also huge for me.” 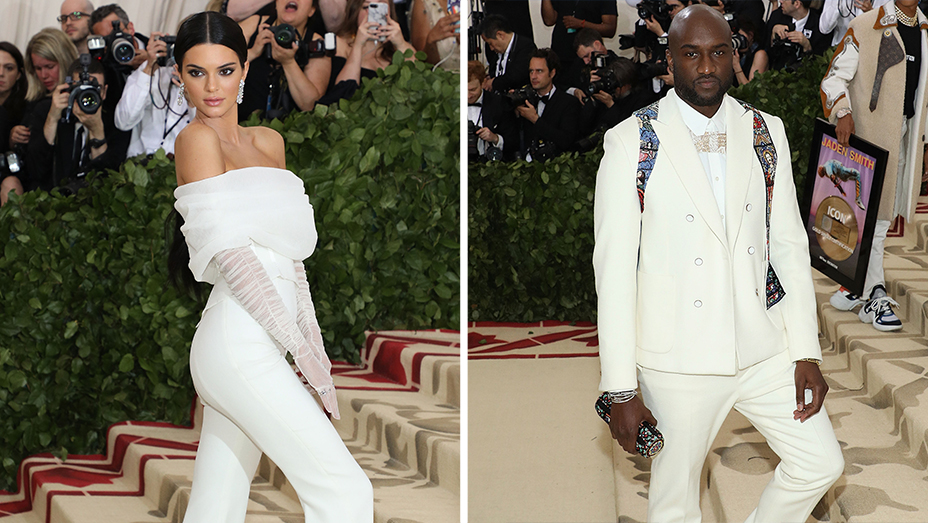