Continue to The Hollywood Reporter SKIP AD
You will be redirected back to your article in seconds
Skip to main content
May 8, 2018 6:30am

In the end, perhaps you always work for somebody else. Martin Sorrell, the creator and longtime absolute ruler of the global advertising conglomerate WPP, found that out in April. His board, citing undisclosed financial “irregularities,” forced him out after more than 30 years.

The true nature or outer limits of power is the existential quest of moguldom. Mark Zuckerberg, taking a page from Rupert Murdoch’s and Sumner Redstone’s mogul biographies, designed a voting-control structure for Facebook that gives him virtually unchallengeable control of the company. Barry Diller, said to be working on a book about his mogul life, ran Paramount in the days when it was an asset in Charles Bluhdorn’s Gulf and Western empire. Then Diller traded up to running 20th Century Fox under Murdoch.

Diller deserved much of the credit for both reviving the movie studio and launching the Fox broadcast network — businesses Murdoch himself had little experience in — but when he asked Murdoch for an ownership stake, he was shown the door. Diller spent the next decade morphing and refining corporate entities into total control for himself as CEO of IAC, a holding company for digital assets like Match.com and Vimeo.

Leslie Moonves, chairman and CEO of CBS Corp., passed through a series of difficult overlords — including Michael H. Jordan, of the Westinghouse Co., which acquired CBS in 1995; Infinity Broadcasting’s Mel Karmazin, who ousted Jordan in a corporate coup; and Redstone, who bought the company in 2000. By dint of talent and verve, and the incapacity of his ultimate shareholder, Moonves achieved his own seemingly unassailable mogul perch. He was protected not only by top-of-the-industry results but by a through-the-looking-glass example of corporate existence without someone like him.

In 2005, Redstone divided his empire between a flailing CBS run by former actor, ace talent-picker and ultimate television survivor Moonves, and a more robust and future- facing cable television company, Viacom, run by corporate apparatchik Philippe Dauman. CBS went spectacularly up and Viacom disastrously down. Viacom, after a generation of lackluster management, remains the sick man of the film and television industry.

Even so, Dauman, with his own mogul illusions — and believing he was the true Redstone heir — waged a long battle with Shari Redstone, the estranged daughter but actual heir, for ultimate control. He lost.

Redstone then tried to merge Viacom back into CBS, under Moonves’ management. Moonves, disdainful of Viacom’s assets and aware that such a move would concentrate the Redstone family interest on the combined companies and his leadership of them, said no. The point being, he was powerful enough — protected enough by his success — to say no.

After more turmoil at Viacom, Redstone handpicked what many consider her own corporate apparatchik to lead the company, Bob Bakish. Again, Moonves could only reasonably be seen as the clear contrast gainer. Who would you want to manage your show business assets? Former international distribution executive Bakish or golden-gut Moonves?

But the deeper point was that owners, rather than mere managers, don’t have to be wholly rational. Redstone, beyond the good of her shareholders or even her fortune, can do what she wants. And at this point, it might seem that she simply most wants Moonves not to stand in her way. Among the issues in Redstone’s renewed efforts to join the companies has been her insistence that 54-year-old Bakish be named either heir to 68-year-old Moonves or a member of the combined company’s board.

No doubt correctly seeing his almost inevitable defenestration, Moonves has said no way and has offered some more or less thumb-in-the-eye conciliation positions for Bakish. Moonves’ position seems, at the moment, to be a moral one: He is negotiating the best deal for CBS shareholders (a primary point of that deal: his control). Redstone’s position is a factual one: She has every right to turn her technical control into actual control. Circumstances, if not logic, have made it her company.

In fact, Moonves has had, by virtue of talent and circumstances, a number of years of almost absolute authority — the owner out of it, his heirs estranged. Perhaps Moonves should simply feel lucky for that. Or maybe, if he hadn’t been so secure and cosseted, he would have, Diller-like, pursued the corporate machinations that might have now protected him from a control-vote shareholder.

Perhaps it is not too late. Moonves could assume a war footing and, with a case to be made to Wall Street and the press reliably favorable toward him, the goodwill of the industry behind him and with the endless legal complications arising from the Redstone family saga, he might mount a case that Shari is self-dealing. With significantly less goodwill and fewer accomplishments to his credit, that’s what Dauman tried to do. Arguably, he got close enough to undermining the peculiarities of the Redstone claims on the company that Moonves, with more standing, might succeed. Or, a legendary negotiator, he can simply hold on and bargain with his owner, as so far he seems to be doing.

According to recent accounts, Redstone has given up her insistence on a penultimate role for Bakish, with merger plans taking a significant step forward. Moonves’ stature will surely allow him to reach at least a temporary truce. But even if Moonves is the last man on Earth capable of succeeding in the television business, CBS still isn’t his. 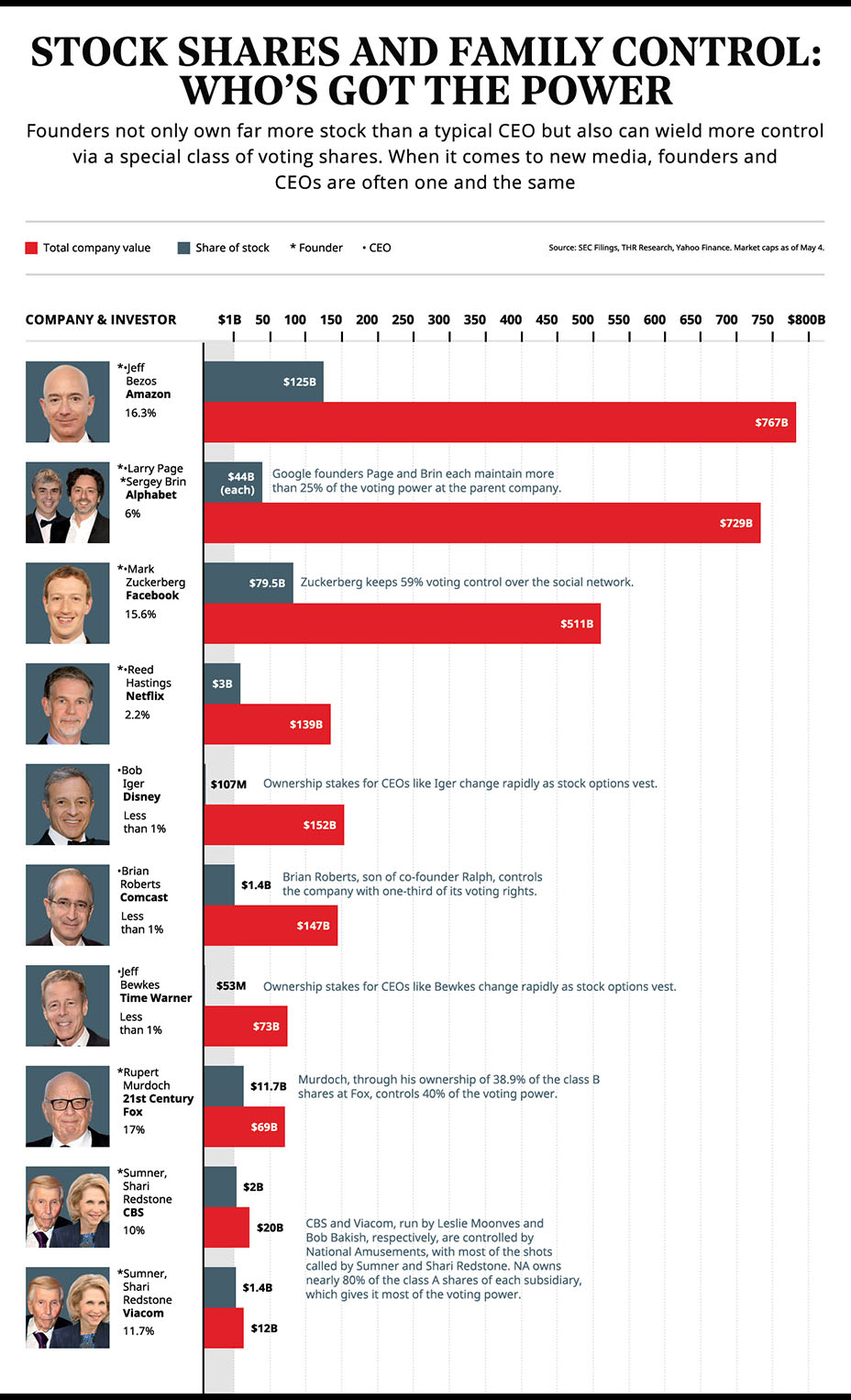 This story first appeared in the May 9 issue of The Hollywood Reporter magazine. To receive the magazine, click here to subscribe.

Moonves vs. Redstone: Inside the Poisonous War for Control of CBS and Viacom