Not since John F. Kennedy, whose father, Joseph P. Kennedy, had once owned a major movie studio, and Ronald Reagan, movie star and California governor, has a president-elect been on such familiar terms with the leaders of the American media business. And to add to all the other Donald Trump paradoxes — rich man but populist leader, social liberal but head of the Republican Party, libertine but beloved by evangelicals — he’s a mogul buddy but at war with the media.

CBS Corp. chairman Leslie Moonves, Disney chairman Bob Iger, 21st Century Fox and News Corp executive chairman Rupert Murdoch, WME-IMG co-CEO Ari Emanuel, CNN Worldwide chief Jeff Zucker, former Fox News chairman Roger Ailes and Viacom and CBS controlling shareholder Sumner Redstone (and his daughter, Shari, now running her father’s interests) are all people Trump includes, some perhaps to their surprise, in his friendship circle. For his part, many of these relationships represent years of courtship by Trump and stroking for access to red-carpet events and, not least of all, to advancing his own media profile. 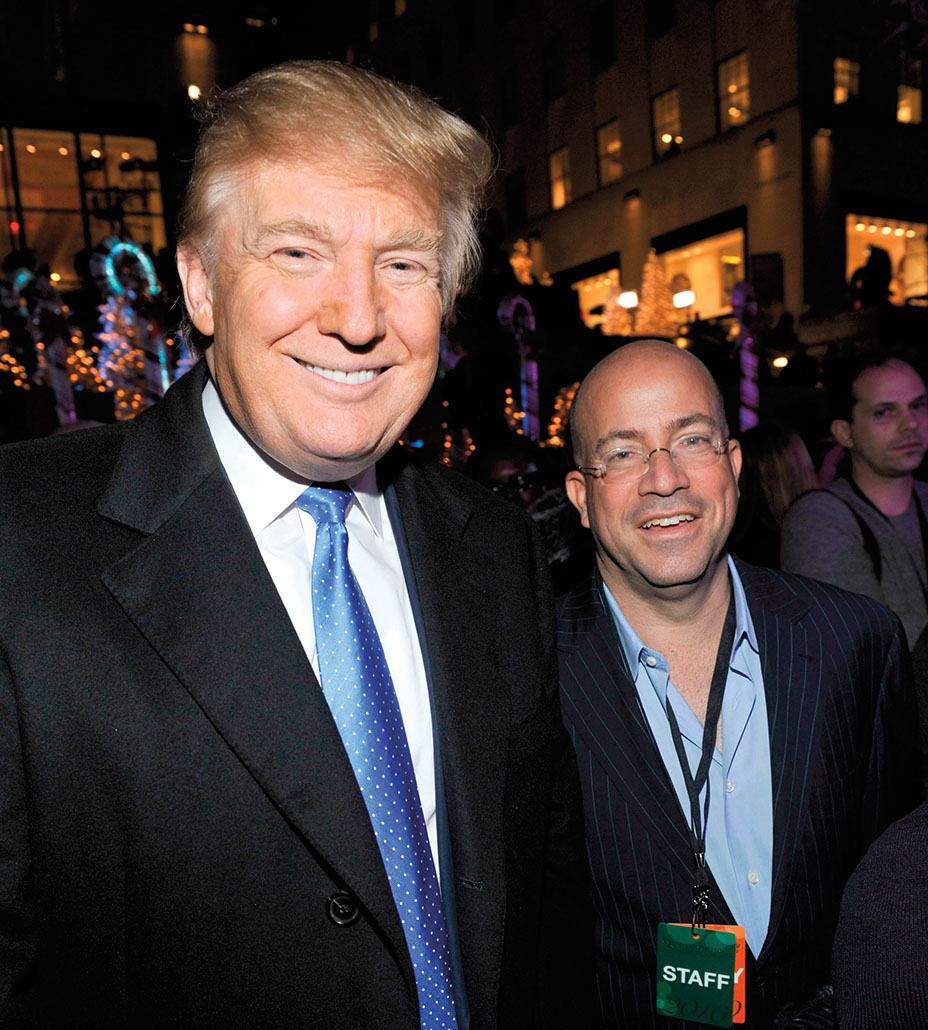 Throughout his public life, media has been as much his home as the real estate business. Indeed, Trump owns a prime show business residence in Beverly Hills on the corner of Rodeo Drive and Sunset Boulevard.

But it’s now a relationship that shifts suddenly and dramatically from courtier, supplicant and hanger-on — a constant presence knocking at the media door — to him having not just significant and possibly frightening power over the media business but to being the literal center of attention of the world and hence the media’s prime subject.

If, as might fairly be assumed, his becomes an especially stage-managed presidency — a 24/7 media opportunity — the symbiotic relationship becomes even more intense. The Kennedy presidency may be the helpful model here, one in which the political and media side each recognized its unique usefulness to the other. Trump, ever buoyed by the media, is a can’t-look-away, moneymaking media sensation — the ultimate star. Of course, Kennedy represented a new high-glamour, whereas Trump is rather reverse-glamour — reality-show stuff befitting his ascension to national stardom via NBC’s The Apprentice.

The media establishment, all except Murdoch and Ailes, officially supported Hillary Clinton and the progressive, globalist politics of the Democrats. As much as Trump tried to suggest a special relationship during the campaign with various media moguls, most tried to distance themselves from his candidacy and its vitriol. (Moonves‘ cheerful assessment that while Trump may not be good for America, he was “good for CBS” continued to cause the executive minor grief throughout the campaign.) While the media, in its better self, might see its values as represented by the multicultural and feminist politics of late-night comedy shows, it has, as an industry, never encountered a zeitgeist and power shift that it has not enthusiastically embraced. 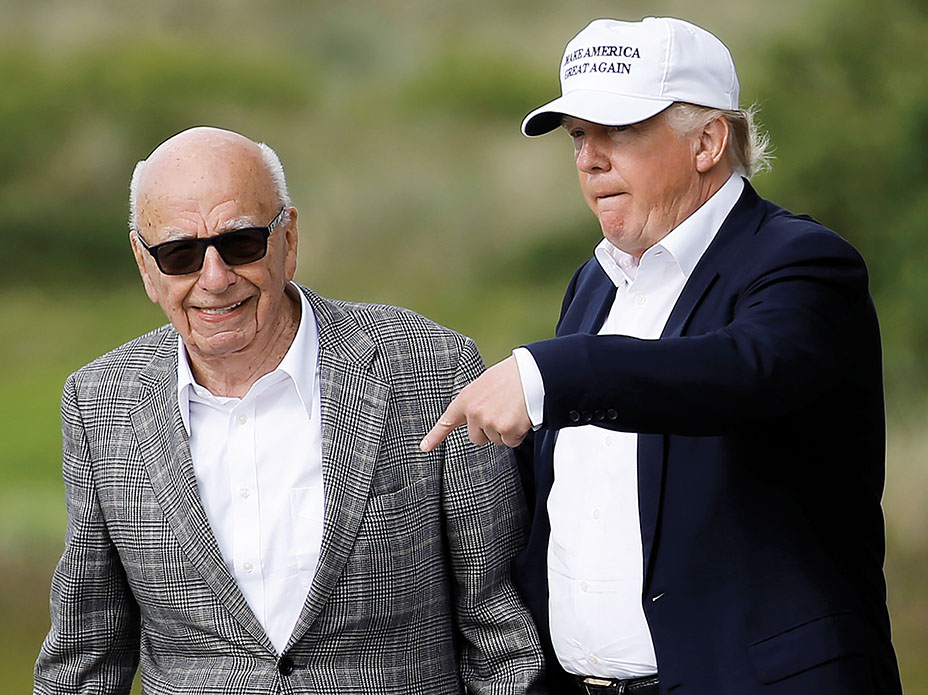 Every programming executive now is wrestling with the sudden rediscovery and triumph of a white America that, while once media’s bread-and-butter subject, has, for a generation, been pushed to media’s dustheap. At Fox News, where Ailes, arguably the architect of the new American populism, was ousted this summer over many of the same accusations leveled against the new president, there is a sense, reportedly shared by Rupert Murdoch himself, that social currents might have been seriously misread.

In the wreckage of political assumptions, and following embarrassingly premature jockeying for influence at the would-be Clinton White House, and now, amid ominous utterances about the administration’s low media regard, the media more than ever needs to remind Trump of its usefulness and friendship. Zucker, who commissioned The Apprentice when he ran NBC, and then, as head of CNN, focused on near nonstop coverage of Trump during the primary season, seemed to have fallen out of Trump’s favor as CNN became a bete noire of the candidate’s anti-media campaign. But Trump — add another paradox — continues to like Zucker personally and value his advice. During the campaign, Trump flatly opposed the merger plan of AT&T and Time Warner, CNN’s parent. Some view Zucker as a key figure in helping to get the deal through regulatory hurdles during a Trump presidency — and thereby helping himself to the job of Time Warner’s next CEO as a reward.

Megyn Kelly Gets Candid: "Dangerous" Roger Ailes, Her Trump Saga, That Offer and Why She Won't Call Herself a Feminist

WME’s Emanuel, who once represented Trump, has been identified by the president-elect as a close confidant in the media as well as a late-night telephone pal. Emanuel could be a bridge to the media industry and — given his brother, former Obama chief of staff and current Chicago Mayor Rahm Emanuel, has close connections with Democrats — to the Clinton-Obama world.

It is curiously the Murdoch family, the standard-bearers of conservative-leaning media, who may be out. Not only did Murdoch himself oppose Trump from early in the campaign, the Murdoch sons were the prime movers in the ouster of Trump’s friend Ailes. But even more personally, Trump’s daughter Ivanka and her husband, Jared Kushner, two of Trump’s most important advisers, remain close to Murdoch’s former wife Wendi, effectively choosing her in the divorce. She, presumably, will be the Murdoch with the closest White House ties. Likewise, Ailes, officially or not, is expected to be an important voice in the Trump White House. 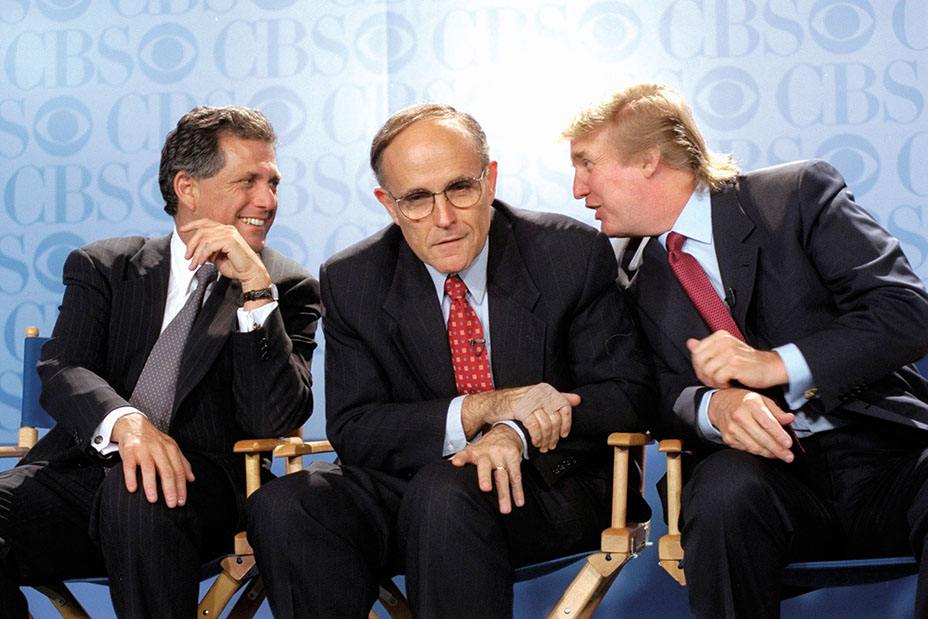 Even though Trump might promise a battle with the media — his elevation of Breitbart chief Steve Bannon to high status in the new administration additionally pits alternative media against mainstream — he nevertheless sees the world through a media lens. Like the Kennedy and Reagan White Houses, Trump’s promises to be character-driven rather than policy-driven. Governing will be a form of theater, its effectiveness measured by audience response.

In this, the media becomes his partner, willingly or not.