Michelle Obama attended her 14th White House state dinner — her last as first lady — and you can bet she made it one to remember in fashion history.

On Tuesday night Michelle stepped out in a copper-colored, chain mail Versace gown. Her husband, President Barack Obama, didn’t look too shabby himself.

Earlier in the afternoon, the FLOTUS opted for a fit-and-flare dress by Italian designer Giambattista Valli. 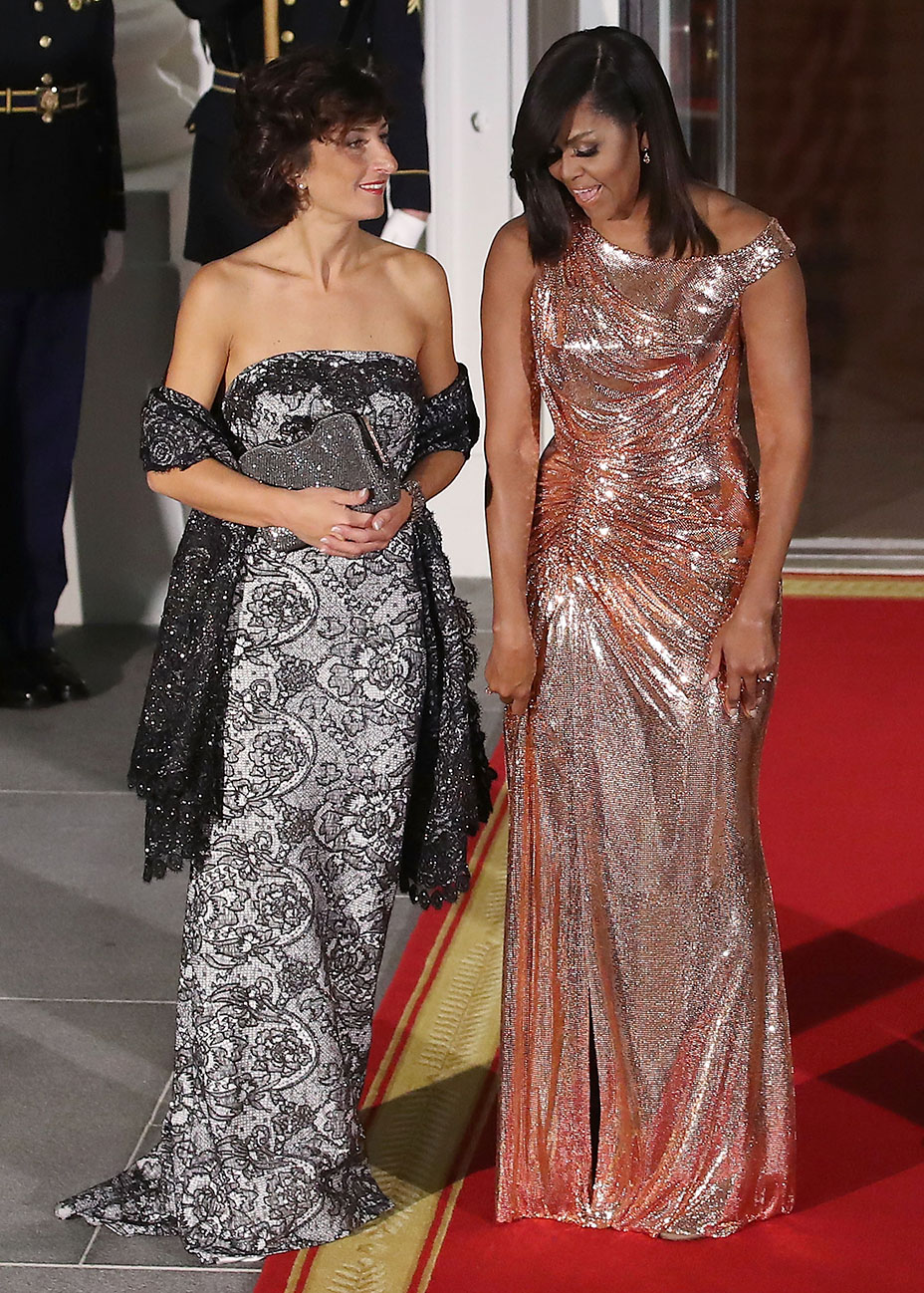 The Obamas hosted Italy’s Prime Minister Matteo Renzi and his wife, First Lady Agnese Landini (in an Ermanno Scervino gown) for the evening, as well as a number of Italian and American notables including Chance the Rapper, singer Frank Ocean, designer Giorgio Armani and actor Roberto Benigni. Famed Italian-American chef Mario Batali provided the menu for the dinner.