Plenty of people will tell you that Donald Trump has been a gift to comedy. Michelle Wolf is not one of them. “He’s terrible,” says the comic, “because you can’t joke a joke.” And yet, on April 28, Wolf, who has served time as a writer-performer on Late Night With Seth Meyers and The Daily Show With Trevor Noah, will attempt to do just that as the emcee of the White House Correspondents’ Dinner — with or without the president (Trump has said he won’t show, but, Wolf notes, he could still put in a surprise appearance).

The William & Mary grad, who worked on Wall Street before jumping into comedy, is only the fifth woman to host the D.C. spectacle; event organizers have said that it’s her brand of humor — more cultural than political and often centered on society’s perceptions of women (her comedic role model is Carol Burnett) — that makes her an ideal fit for a night widely known as “nerd prom.” And though Wolf, a track and field competitor in high school and college, says crafting jokes on a topical subject as heavy as #MeToo entails “a higher level of difficulty,” she’s prepared to try at least a few.

On an afternoon in late March, the comedian, who also is prepping her own weekly late-night half-hour show for Netflix that will bow later in May, took a break in her Manhattan office to discuss both gigs.

Let’s start with the dinner. Would you prefer it if Trump showed up?

I’m going to say the same things, whether he’s there or not. I think it’s more fun when people are there only because I like making fun of people to their face. 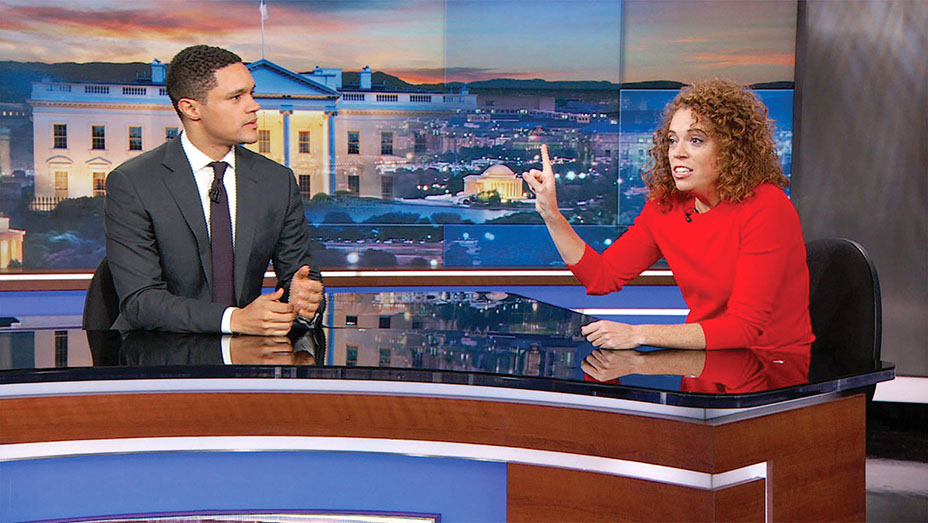 Seth Meyers had a memorable turn at the 2011 dinner where he slammed Trump, who was in the audience that year. What advice did he give you?

He told me to be specific and that the room is terrible. It’s every comedian’s worst nightmare: It’s a big banquet room with circular tables, so half the people are turned away from you. Plus, they’re eating, they’re dressed nicely and it’s well-lit. These are all terrible things for comedy. So yeah, I’m prepared to bomb. (Laughs.)

There are plenty of people who say Trump has been great for comedy. You’re not among them. Why not?

Everything he says is already ridiculous, so you trying to be more ridiculous is hard to do. Also, I think people are confusing comedy with agreement. You’ll be like “Trump is bad,” and the audience will be all, “Yeah!” And I’m like, “That’s not a joke. The joke was not told. That’s just you agreeing.” A good joke isn’t what you want someone to say, it’s what you wanted them to say that you didn’t know you wanted them to say. It’s the thing that after you hear it, you’re like, “I’ve always thought that,” you just didn’t realize you always thought that or you didn’t want to admit that you did.

You’ve said that Trump is the worst thing for women since yeast.

Look, I know people think Trump’s bad and I agree, but we’ve had a lot of really bad presidents. I think sometimes we’ve sugar-coated that. We forget that there’s been a lot of really terrible, powerful people in our history. And just because they didn’t say it or they didn’t tweet it doesn’t mean they weren’t doing terrible things. He’s also only the second president to ever tweet. It just happened that the first one was very eloquent and respectful and had patience and understanding.

You’re about to launch a new late-night show on Netflix. How will it be different?

I wanted to do a joke-forward show, and that’s how I pitched it. I try to do the same thing with my stand-up, where it’s like, I don’t like anybody. I’m going to make fun of every single person. So, I’m not going to not make fun of Trump, but I’m also going make fun of everyone else. I don’t need to go into any in-depth policy kind of stuff. If you want to hear a long piece about net neutrality, John [Oliver] has a great one. We don’t need another person to do that. I just wanted to come at it from more of a, “We’re gonna make fun of everyone and everything” — it’s the South Park way where if you offend everyone, you offend no one. That’s how I pitched it. Netflix liked it and here we are.

Will there be guests?

Right now, how we have it is there will be a guest but it’s not an interview. I’ll do a bit with them. So either comedians or people who know how to deliver lines and have some sort of comedic timing. President Obama, if you want to come on, we would love to have you.

When Netflix announced the show, you said in the statement, “You can expect the types of jokes my former bosses [at Comedy Central] would tell me we couldn’t do on TV.” What’s an example?

I pitched, throughout the years, so many period jokes that they were like, “Eeech.” (Laughs.) The fact that I’ve written for men has been good for my stand-up because after writing a lot of jokes for them, I realize, “Wait, a man can’t do this.” And then I’ll be like, “But I can!” I won’t have to do that anymore.

So, expect lots of period jokes.

Not just period stuff, although I love a good period joke. Just lots of jokes from a woman’s point of view that a guy would get in trouble for saying. There are so many things I’ve written in the past that if either Seth or Trevor had said they would have just sounded like sexist assholes. Like, they could have never taken my stance on Hillary. It’s like if Seth had called Hillary a bitch people would have lined up with pitchforks.

How has it felt to have men writing for you now?

It’s interesting. I had suggested this idea and then we had one of our male writers write the sketch based on it and he totally nailed it and I was like, “That’s really nice that he can also write for me.” (Laughs.) Good writers are good writers. But I’m also happy to have a number of women who know what it’s like to have a vagina. 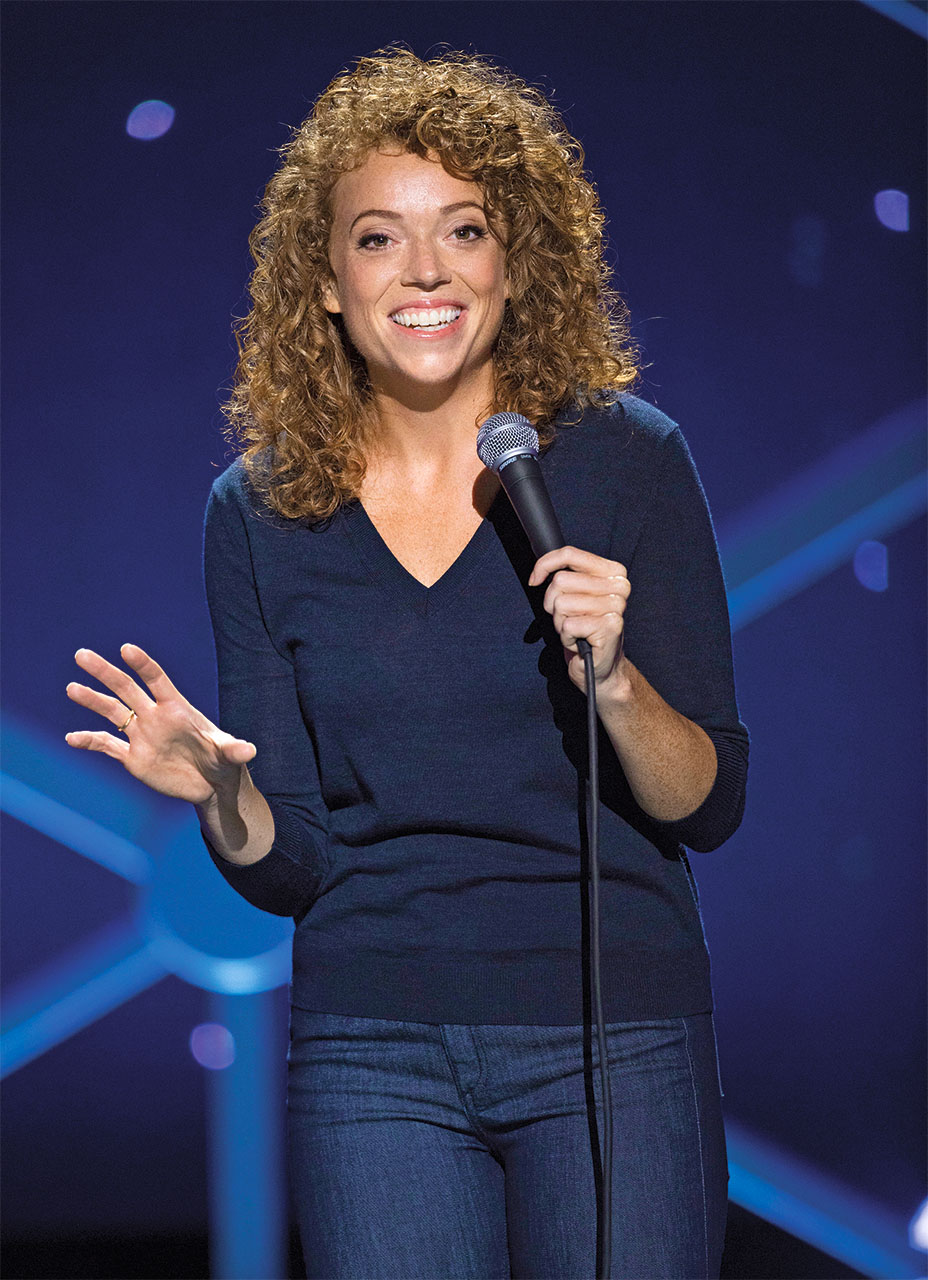