The 100th anniversary in 2018 of the birth of Frank Morrison Spillane — better known as iconic crime writer Mickey Spillane — and Titan Comics is celebrating in style. It will launch a comic book series featuring his signature creation, private eye Mike Hammer.

Mickey Spillane’s Mike Hammer is actually based on a story by Spillane himself, “The Night I Died,” originally written in the 1950s as an unproduced screenplay. As one would expect, it features the hard-boiled detective in over his head when a chance encounter with a femme fatale gets him involved in a case with mob ties.

The screenplay will be adapted for comics by Max Allan Collins — no stranger to the character himself, having taken over the novel franchise with 2008’s The Goliath Bone — and artists Marcelo Salaza and Marcio Friere. The series will be released through Titan’s Hard Case Crime imprint.

“It’s a privilege to work with Max Allan Collins, Mickey’s hand-picked successor and fellow Mystery Writers of America Grand Master, to celebrate the Spillane Centenary,” Hard Case Crime editor Charles Ardai said in a statement. “No one could be a better choice to shepherd Mickey’s legendary detective, Mike Hammer, onto the comic book page than the author behind Road to Perdition, Dick Tracy, Wild Dog and Ms. Tree.”

“I am thrilled to join Marcelo and Marcio in bringing Mickey Spillane to the comic book form — particularly since Mickey was a top Golden Age comic book writer himself,” added Collins. “His Mike Hammer — probably the most influential private eye of all — was initially created with comics in mind.”

Although that’s true — Hammer spun out of Spillane’s original plans for Mike Danger, a private eye strip that would debut in 1954, seven years after I, the Jury, the first published Mike Hammer novel — the new Titan Comics series will be the first official Mike Hammer comic book.

The four-issue Mickey Spillane’s Mike Hammer is only part of Titan and Hard Case’s plans to celebrate Spillane’s centenary; April will bring the release of Killing Town, which sees Collins complete the unfinished original Mike Hammer novel, abandoned by Spillane in 1946 in favor of I, the Jury.

Mickey Spillane’s Mike Hammer launches in June. The primary cover by Robert McGinnis is above, with variants by Alex Ronald and Mack Chater below. 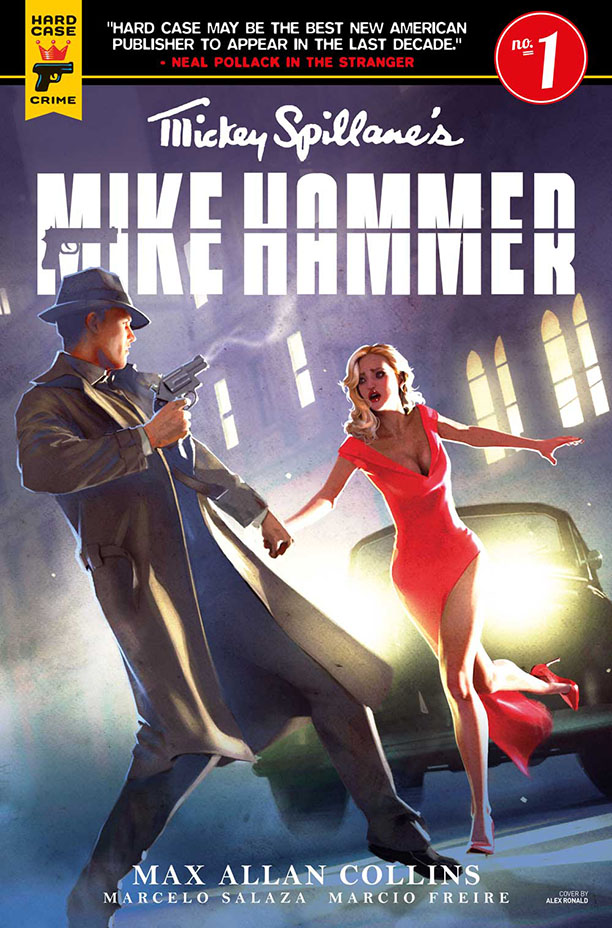 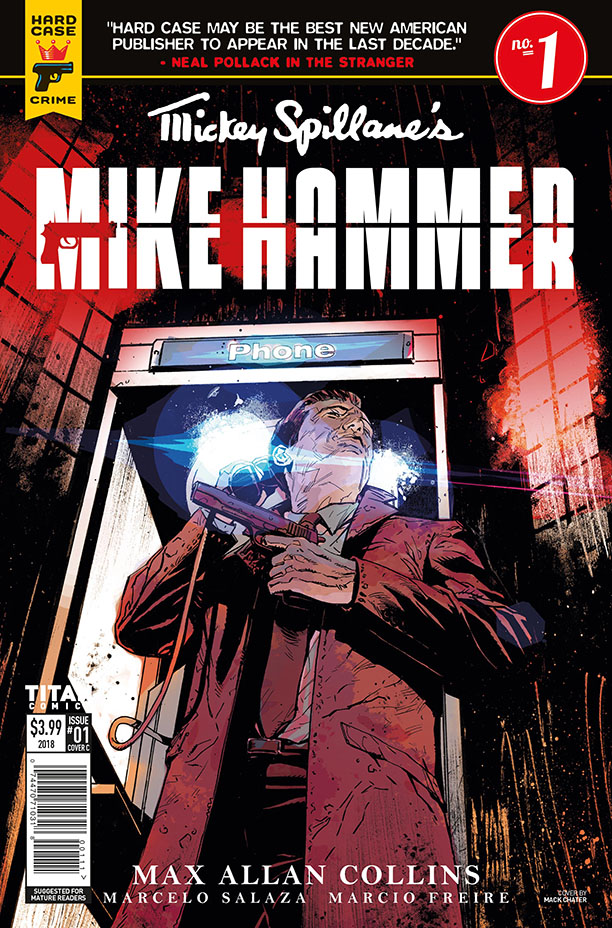