Power dressing is a hot topic this runway season, as designers wrestle with how to pay respect to the feminist movement, while recognizing that the Working Girl uniform of conformity from the 1980s is the last thing the social media generation would go for in the year 2018.

Milan Fashion Week: At Gucci, Outrageousness Is the Message, While Moschino Says “It Takes All Colors”

The Fendi collection succeeded in offering some ideas for women with serious swagger by striking the ever-elusive balance between feminine and masculine, softness and strength, lady-like and street. Karl Lagerfeld’s update on power shoulders were box-like shoulder slipcovers in quilted nylon or canvas, that were layered over great-looking belted coats and skirt suits in Prince of Wales check or glazed canvas — a practical armor that would have been useful on the rainy second day of Milan Fashion Week. 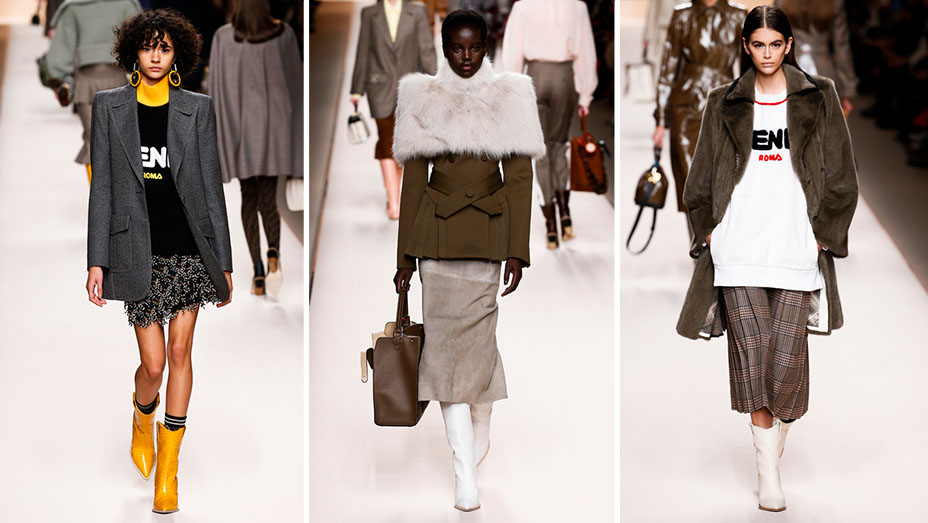 Taking inspiration from women’s handkerchiefs, pleated dresses and delicate scalloped blouses came with needlepoint collars, with beaded fringe capes adding a boho touch, as did the pointy Western boots that anchored every look in the here and now. And because casual wear is still king (73 percent of shoppers forego formal fashion in favor of more casual styles, according to a new report from the Boston Consulting Group and Altagamma), there were logo fur sweatshirts like the one worn by Kaia Gerber; big boxy fur coats like your mama wore; and a tailored fur blazer and miniskirt combo that was just so damn cool. 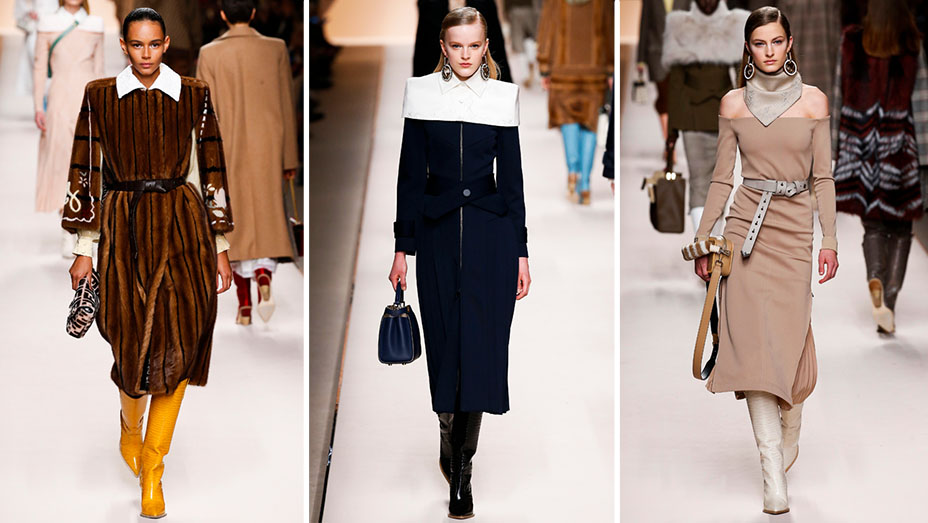 While the Mary Katrantzou and Marc Jacobs shows were hit by fur protesters this season, and Tom Ford and Michael Kors have agreed to drop fur from their collections entirely, Fendi pushes on with fur still being a big part of the business. It will be interesting to see how that plays as the social media generation grows up. 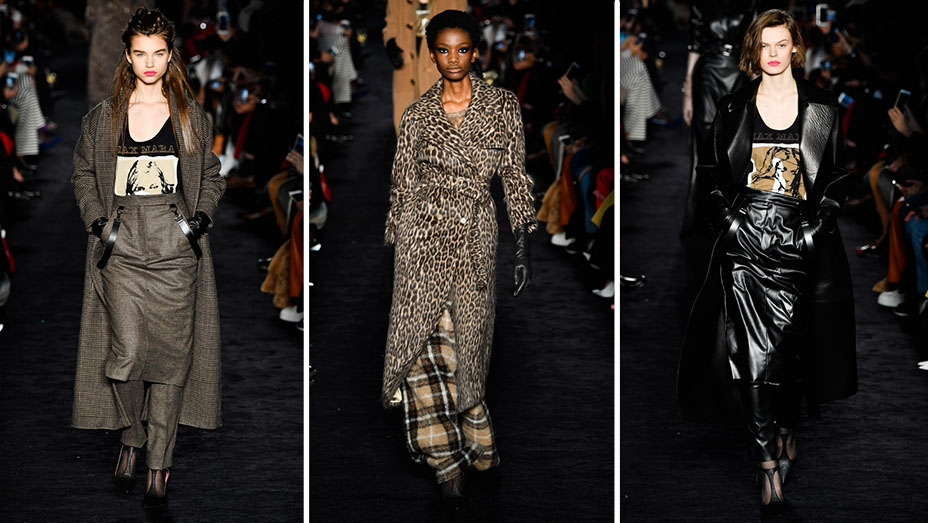 Thirty years after the iconic Working Girl film, starring Melanie Griffith, “women demand success on their own terms and dress accordingly,” read the show notes at Max Mara, where the design team put forth a vision of a defiant heroine, coalescing several of the fall season’s trends. For one, you’re gonna see a lot of leather dressing. Here, there were leather pencil skirts and pants with suspenders hanging. The new T-shirt doesn’t have a feminist slogan, but a fierce female graphic, done here by artist Francois Berthaud. And it’s all about the power coat, whether it’s a smart trench or a millennial pink topper, and Max Mara had some great ones.

My only gripes were the bulky blanket-like ball skirts, which could be a tough sell, and stilettos so uncomfortable, they had models hobbling. How’s a woman supposed to climb the stairs much less the corporate ladder? 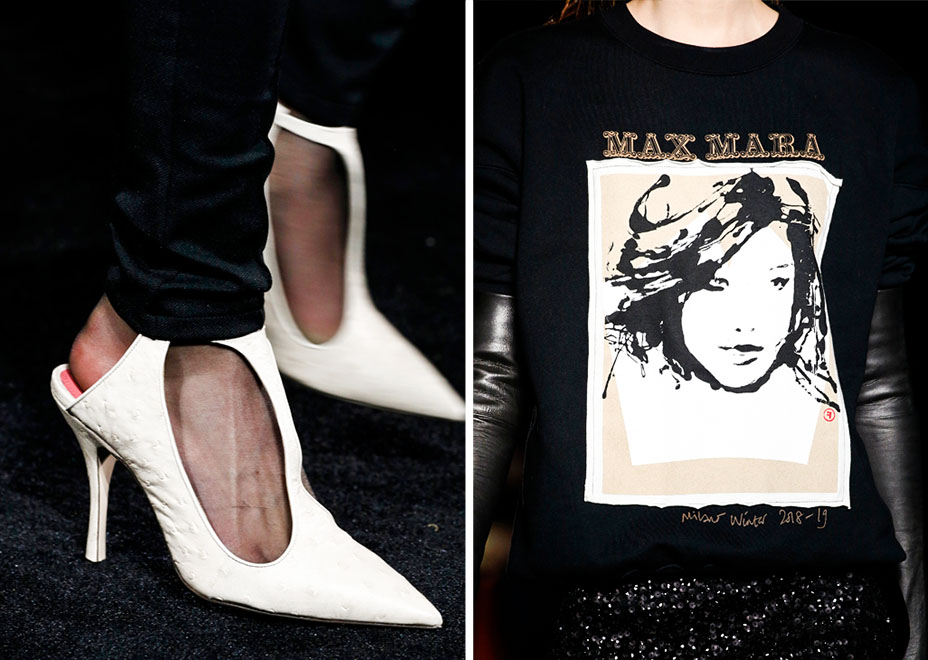