Continue to The Hollywood Reporter SKIP AD
You will be redirected back to your article in seconds
Skip to main content
February 26, 2017 1:52pm

Call it the Influencer collection, accessorized with a touch of nepotism.

Dolce & Gabbana sent out a who’s who of second-generation stars: Anais Gallagher, Isabel Getty, Kenya Kinski Jones, Rafferty Law, Gabriel Day-Lewis, Pixie Lott, Sofia Richie, Renee Stewart and Destry Speilberg were among those walking in the show. A couple of royals were thrown in for good measure, with Lady Amelia Windsor and Lady Kitty Spencer taking to the cat-printed catwalk. 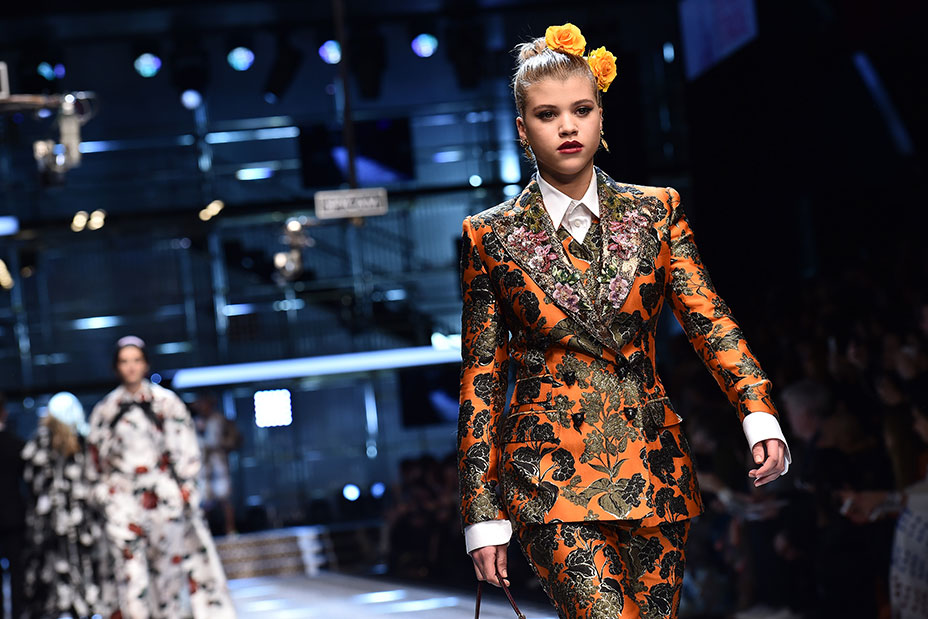 Oscars: The Best Dressed Men, From Timothee Chalamet to Andrew Garfield, Were Anything But Basic 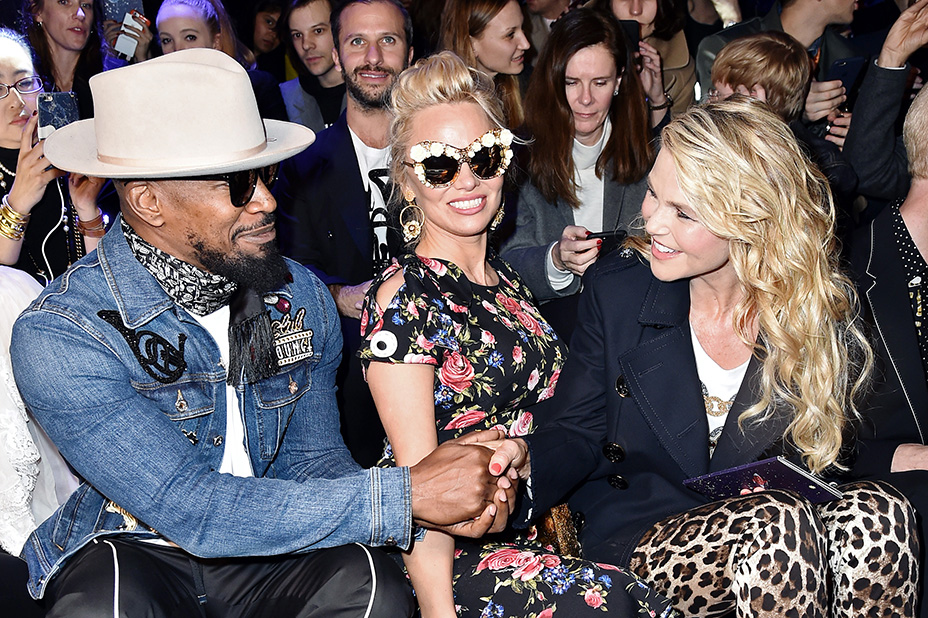 There also were a handful of social media and YouTube stars (Shea Marie, Aimee Song), and a tip sheet was handed out helpfully noting how many millions of followers each have. 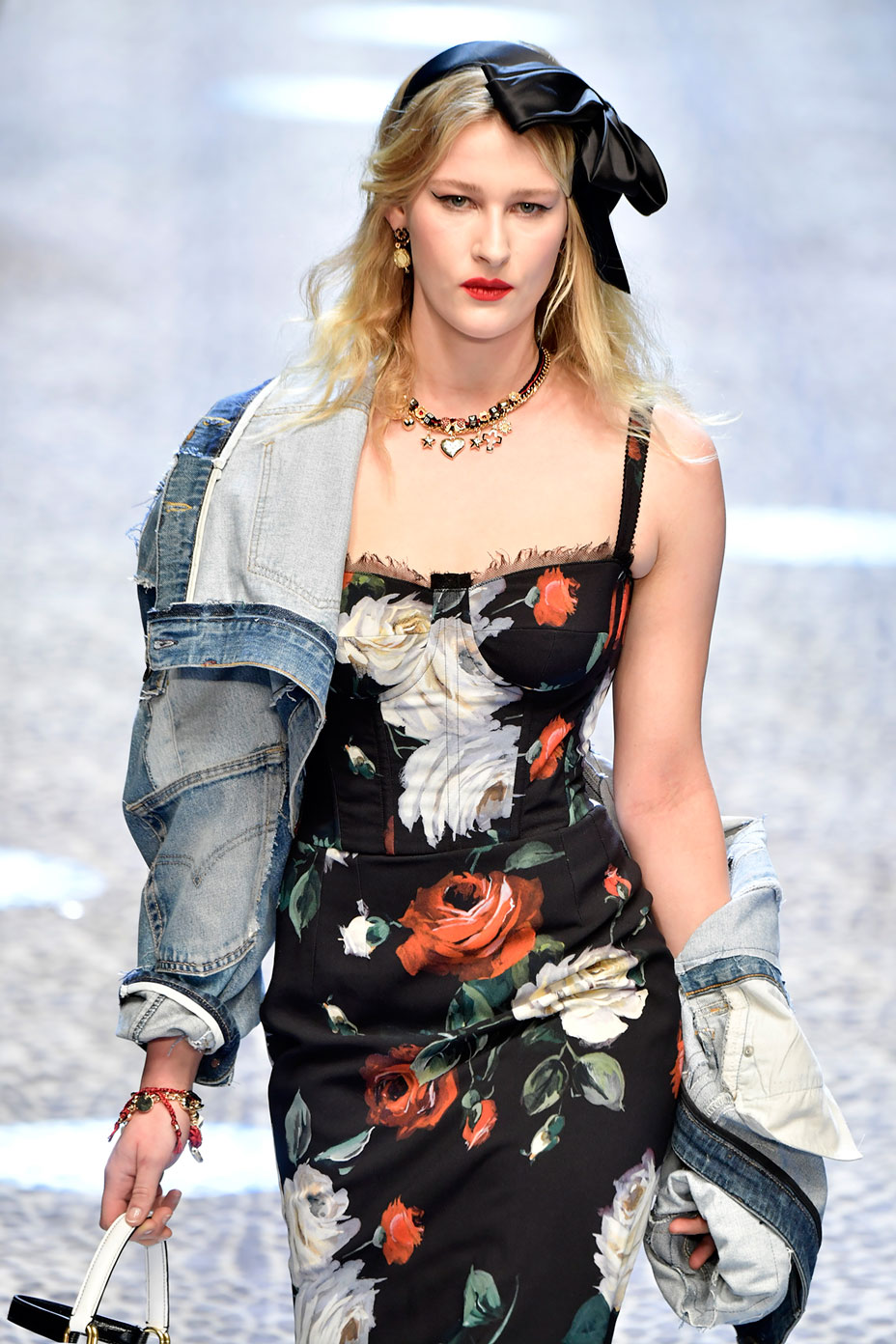 It’s a smart business move for the house, which debuted the strategy at their men’s show last year, judging by the crush of kids and teens waiting outside the venue with various #slogansigns. The brand has long been developing relationships with these young scions — they’ve been populating the front row for the past few seasons before being put on center stage. If the Instagram likes translate into sales, the company will be as golden as the crowns they sent down the runway. 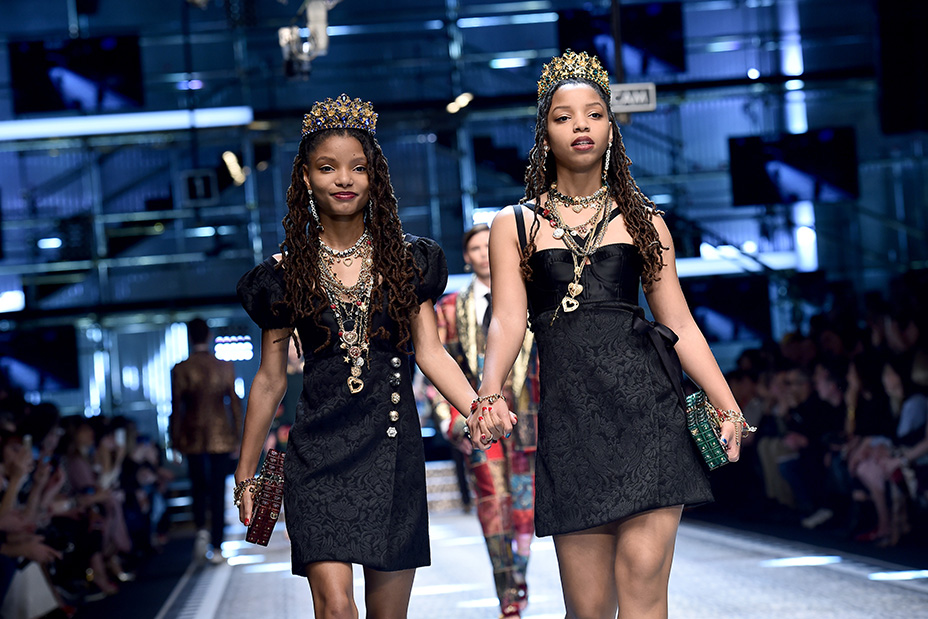 YouTube singer Austin Mahone (10M followers!) kicked off the show with a performance and serenaded the models and audience throughout the show.

Oscar winner Jennifer Tilly gave a sassy walk as she hit the runway. “I’m famous now,” she joked after the show as the runway became an impromptu dance party. 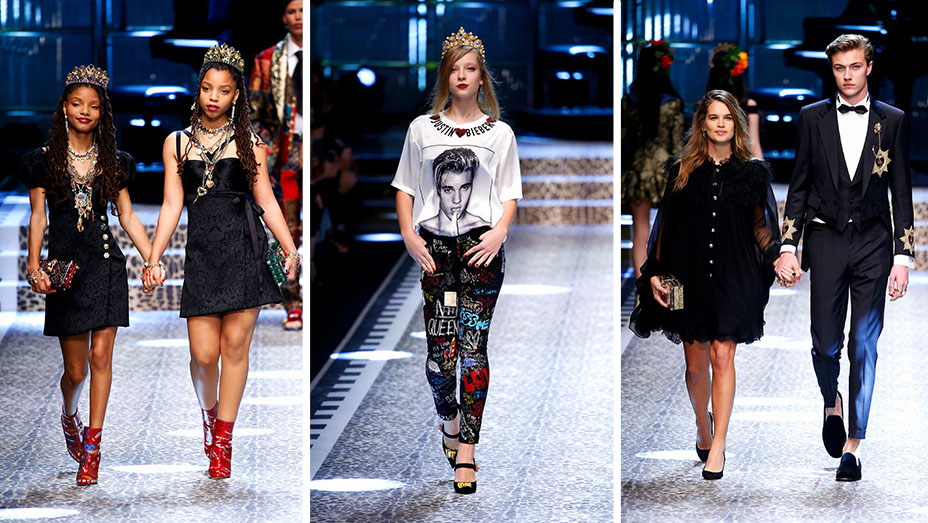 On the runway, Dolce did what Dolce does well — sexy lace and leopard print dresses, sequined jackets, velvet suits, silky pajamas and rose print robes that added an air of louche. Jeans were patchwork with decks of playing cards or rocket ships, or covered in graffiti. The crowd went crazy when tees printed with the face of Justin Bieber over the label “KING” came onto the runway, though it was hard to tell if it was a chorus of oohs or boos. Still, the energy was infectious.

It was meant to be a collection for “real people” with all shapes, sizes and ages on the runway. While they are reaching a new generation of customers, they aren’t offering up a different Dolce. It’s classic and recognizable, which makes it all the more Instagrammable.