Giorgio Armani capped off a Fashion Week that saw Vionnet move from Paris to Milan and new Georgian brand Situationist launching on the official calendar (Bella Hadid has worn the label before). The six days had a vibrant energy with irreverent presentations from Gucci and Dolce & Gabbana and political statements from Moschino, Prada, Versace and Missoni. Two new designers also took over the legacy houses of Marni and Ferragamo.

As Milan woke to the news that Viola Davis was dressed in Armani for her big win, the fashion crowd headed to see his show on the last day of Milan Fashion Week. He had a triumph with Davis, creating a brilliant red gown for the Oscar winner. Armani also outfitted Oscar nominees Isabelle Huppert and Nicole Kidman. It was a hint of things to come at his Monday morning show, where he opened a jewel box of rich ruby, emerald and sapphire tones. 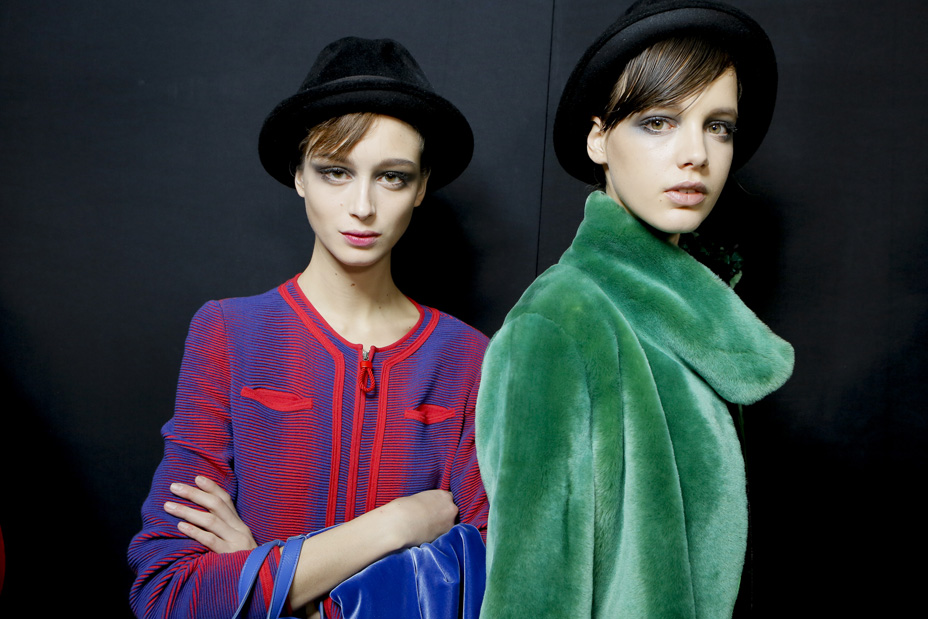 The collection had a boyish vibe, with pant looks making up the majority of the collection and outfit topped with an askew pork pie hat. Pants were of various shapes, from the cropped wide leg we have seen on several runways this season to a tapered shape with buttons on the ankles. Loose tuxedo pants with red or sequined stripes were standouts, as were velvet trousers bow-tied at the waist.

A pant-skirt hybrid that appeared to be a pleated skirt from the front and a slim-cut red trouser from the back was a baffling misstep. 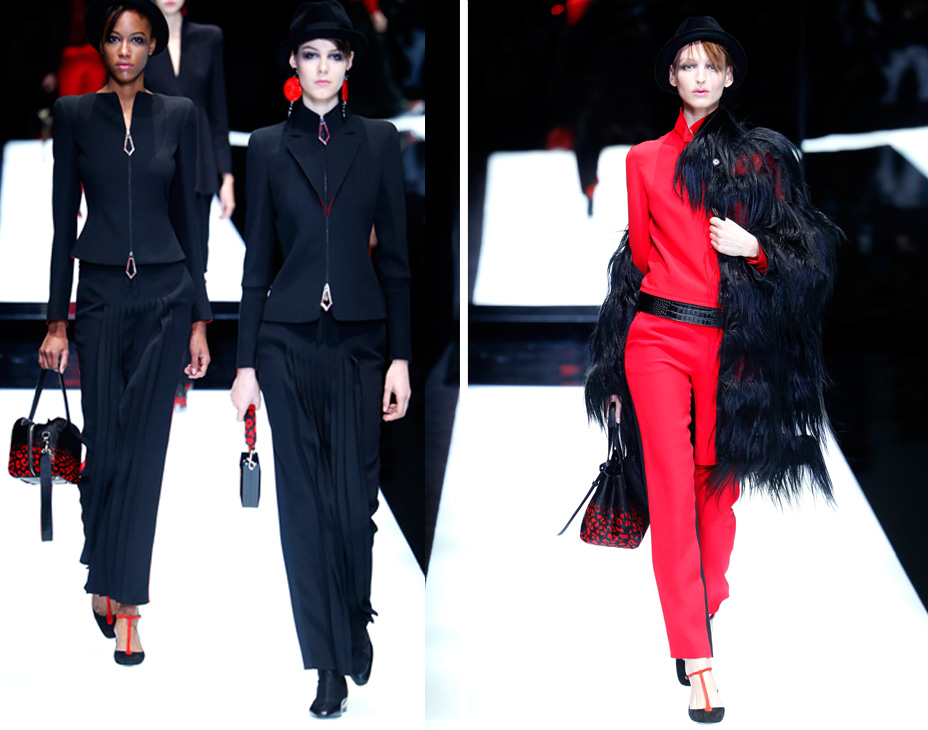 Heels varied, too, from Victoriana high-heeled boots paired with pants to sparkly flats paired with gowns. The looks were paired with exquisite accessories, especially black ankle-strap flats that had an art deco touch and velvet loafers that coordinated with each outfit. 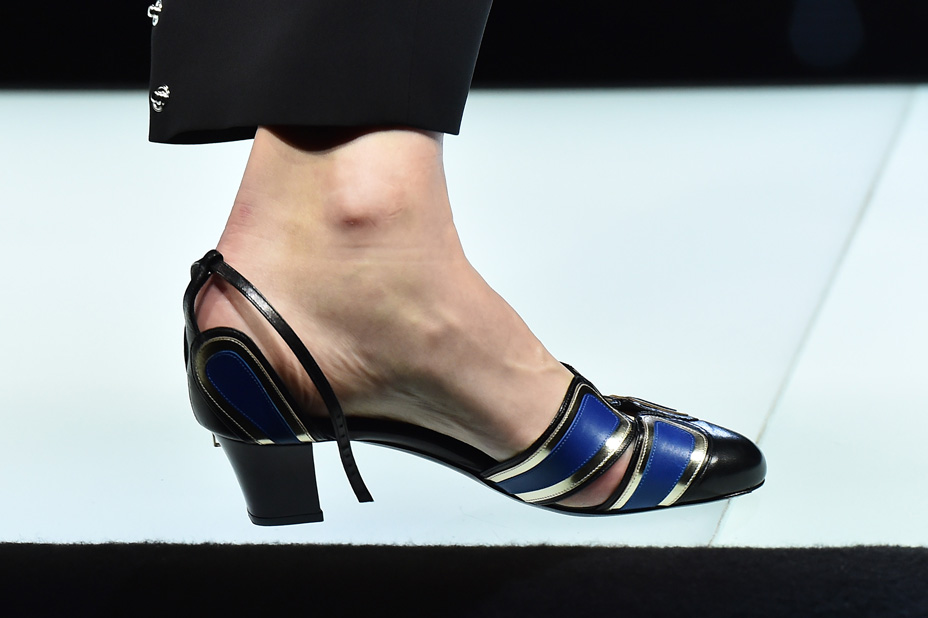 Armani’s minimalism has been reinterpreted in the luxe satins and velvets he sent out here. This was a comfortable, forgiving collection in soft flowing fabrics that will resonate with his clientele when they are dressing off-duty, though there were some looks that will work on the red carpet, particularly a black sequin column gown with delicate stars and a velvet bow on the shoulder.

It’s so very different from the Indian-inspired collection he presented at Paris Couture Week in January that you wonder how the 83-year-old keeps up the creative pace. 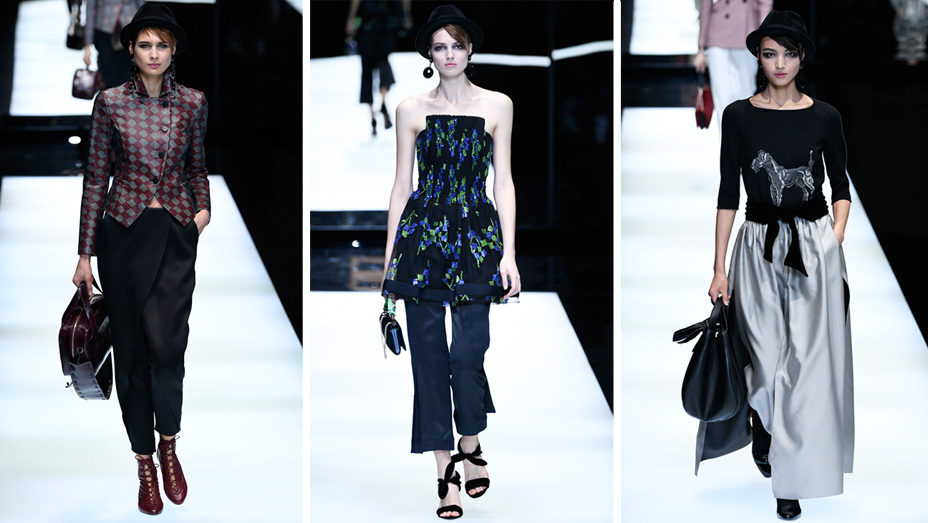 There’s no uniform here, as expressed in his show notes; the only consistency is variety. There were no last looks; instead the model was lit up from a dim center stage with her back to the audience, giving a coy look to the cameras. He presented a swirl of pattern and color with a bit of boho touch, before taking a bow to warm applause.