While Dolce & Gabbana showed a classic collection on a bevy of celeb kids and social media stars, new designers debuted at both Ferragamo and Marni, infusing Milan with a sense of excitement on the fifth day of fashion week.

It’s fitting that models walked to The Carpenters’ “We’ve Only Just Begun” as two new designers debuted at the house of Ferragamo.

Fulvio Rigoni officially took the reins as women’s design director with this collection, with Paul Andrew on hand for footwear. 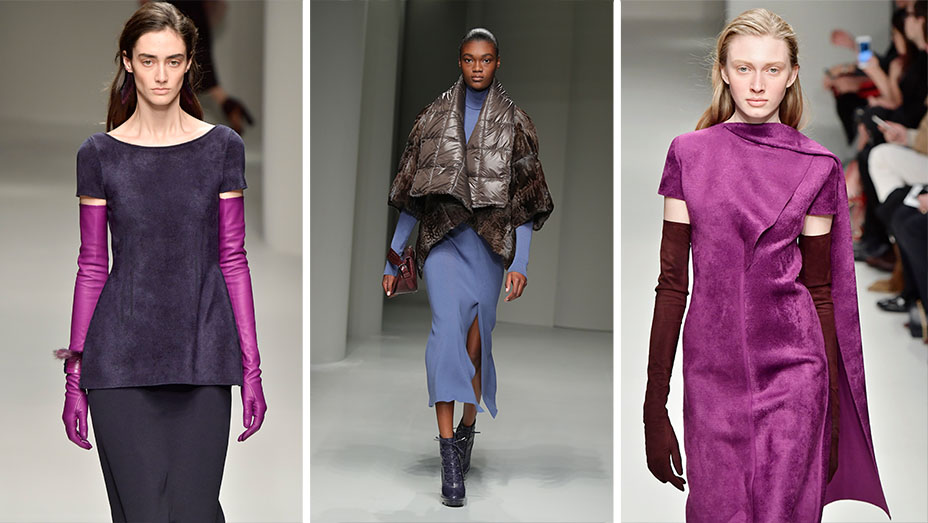 The most memorable pieces were coats with oversize collars and hoods — they looked soft and comforting with a dash of glamour. Puffer coats were a dash of sporty style in an otherwise serious, sophisticated collection.

In contrast to the cropped, baggy pant trend that’s emerging this week, trousers stayed sleek and high-waisted here in slate and black. Pops of purple, hot pink and orange punctuated a mostly subdued color palette of chocolate and greige, pale robin’s egg and cornflower blues; they were vibrant additions infusing life into the collection. Opera length gloves in contrasting colors added a bit of playfulness. 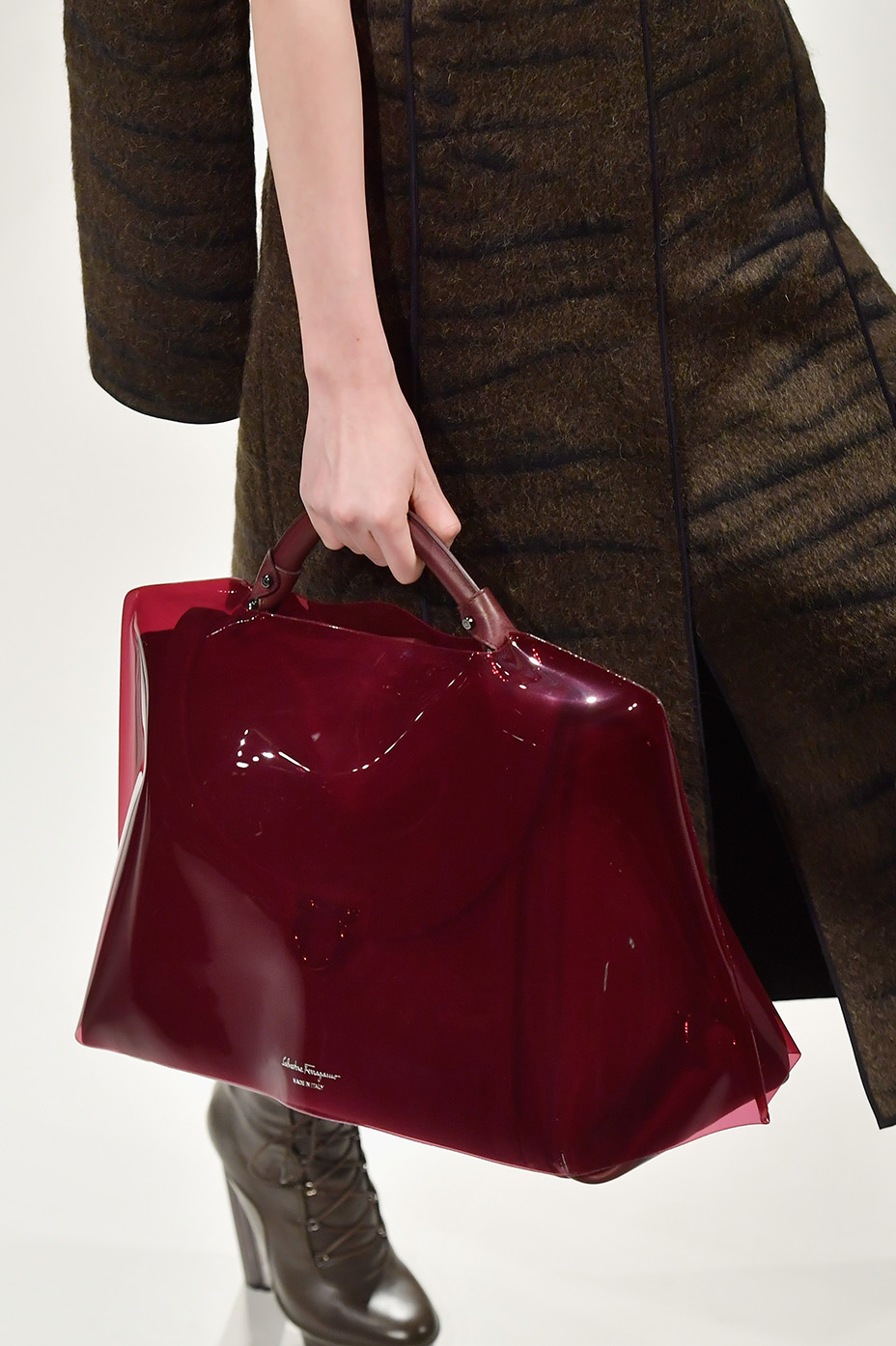 Spaghetti strap slip dresses with side patches that rolled under the arm and tied loosely in back were a nice technical touch, but would be an awkward fit for any woman over a sample size. There isn’t a lot of red carpet potential here, but these are simple, elegant clothes that work for working women.

Of course, with Ferragamo, one must look to the shoes.

Andrew, the only footwear designer to win a CFDA award, made his mark with platform slit booties that had a gentle wave gracing the sides in contrasting materials, the leather soles undulating upward. He also brought back the gravity-defying classic Ferragamo shape, which requires both balance and exceptional confidence to wear.

As the show notes closed, Rigoni declared, “Ferragamo is an attitude.”

With the departure of founder Consuelo Castiglioni, Marni too faces a new future. Francesco Risso is the man in charge of remaking one of the few houses founded by a woman, no easy task at a brand that has always been trendsetting and eclectic. 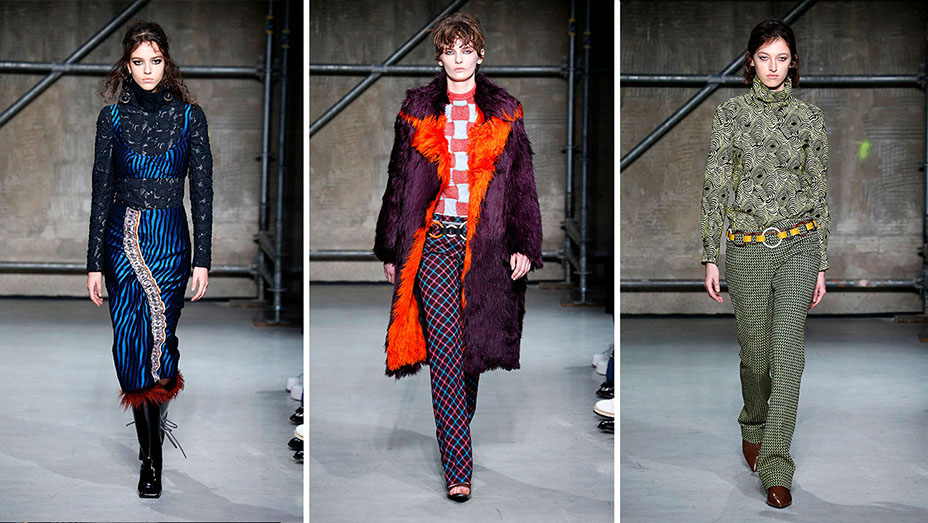 Marni too was all sophistication and style. Risso played it soft and loose with jackets with a dropped shoulder similar to the shape seen yesterday at Jil Sander. The first several looks were solid color blocks in the rusts, golds and bright blues we’ve seen on several runways this season, before moving into the print-on-print melange of stripes and lace and ‘70s-inspired checks and plaids. The pointed boots accompanying these boots will be a hit, flats with exaggerated toes perhaps not so much.

The sparkly shift dresses have the best chance on the red carpet, with Marni’s signature paillettes adding a little sparkle. They would work well at summer premieres or film festivals that have a relaxed vibe. But satin dresses with a floral motif added unnecessary bulk, or perhaps the models had finally succumbed to the temptations of Italy and indulged in big plates of pasta. Exterior layered bras were also awkard.

Risso kept the quirk but will need to capture the ease that Castiglioni was revered for.