Fashion is fighting on multiple fronts. From Moschino’s anti-waste collection, to Prada’s feminist manifesto to Gucci’s “anti-modern” fairy tale, fashion seems to be taking on these turbulent times boldly.

At least in the lettering that is.

At Versace, Donatella showed knit caps emblazoned with “Power,” “Courage,” “Equality” and “Unity” among other inspirational slogans. Velvet hoodies, oversized puffers, even dress shirts were accessorized with bold words including “Loyalty” and “Love.” They all had a sporty look, following last season’s collection, and the look worn by Lady Gaga at the Feb. 2 press conference ahead of the Super Bowl. 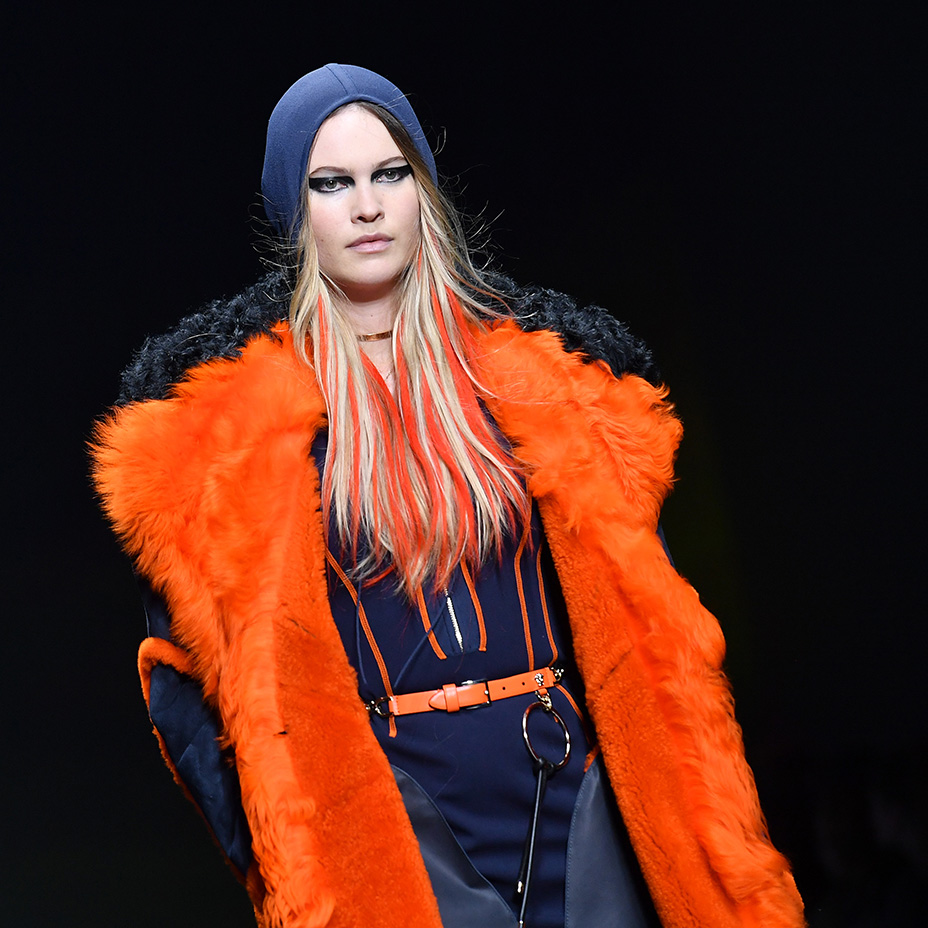 Gigi Hadid walked in a pencil skirt with sheer netting underneath, which seemed one of the most wearable looks of the collection. While the supportive slips have reemerged (thanx, Spanx), the panels were a nice addition to this season’s high slits, adding a demure touch to something intrinsically daring. 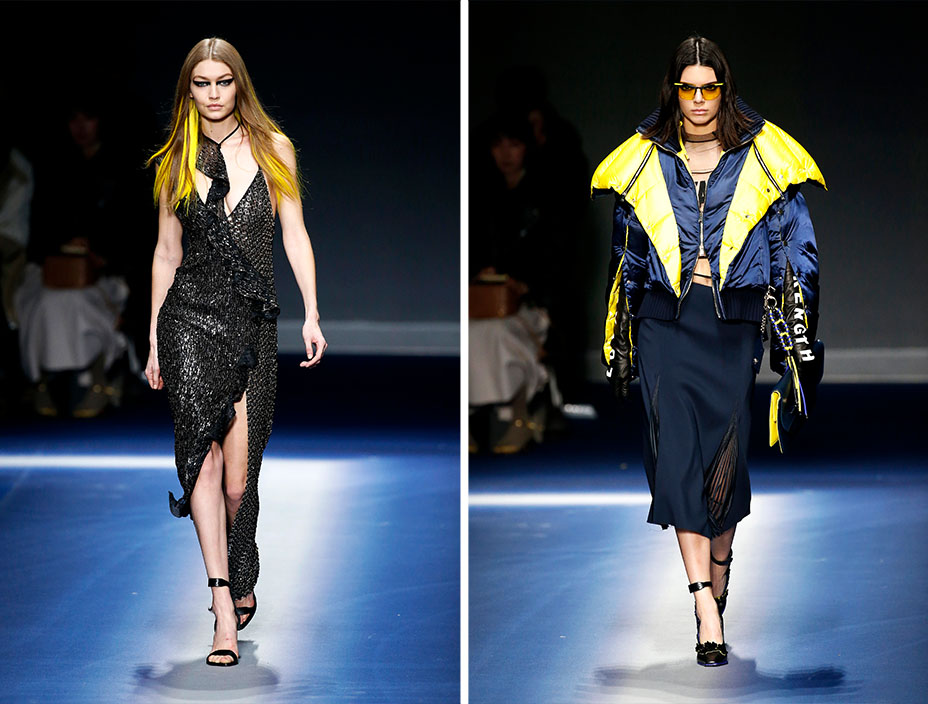 Amber Valletta closed the show; maybe she can give some pointers to the trio of Gigi, Kendall and Bella, whose ubiquitousness in Milan has left editors wondering if their presence has now become a runway requirement.

The rumor that Donatella will leave her namesake house has been buzzing since she skipped Paris’ couture week in January. There, gowns were presented to buyers only, and the show’s usual star-studded front row was acutely missed. 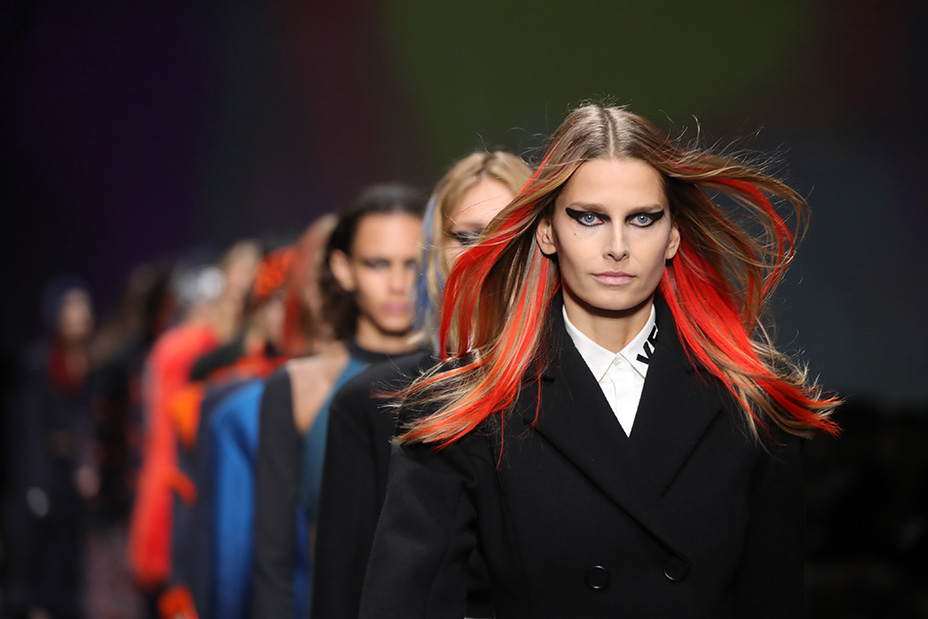 Those whispers continued in Milan, where a publicist shared that Donatella wanted the show atmosphere to be “more intimate since it is such a special collection for her.”

Intimate or not, models still walked underneath an undulating big brother eye to thumping house music. Their baggy boxer pants indicated that we were out for the night, perhaps at a rave, judging from Gigi’s acid yellow locks. Donatella would certainly be going out on a high point; her luminescent looks for Gaga at the Super Bowl halftime show were epic. 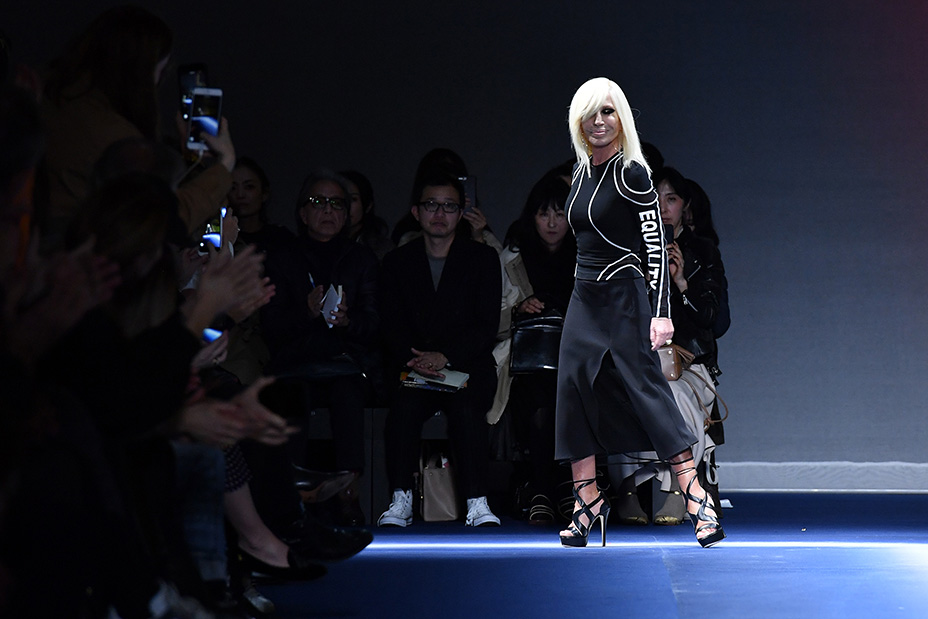 Several looks had that signature sexy Versace touch, but all were modern-looking and, more importantly, warm.