On Thursday morning, Miley Cyrus dropped the new music video for the single off her first new album in two years.

Unlike the psychedelic rock anthems on 2015’s Miley and Her Dead Petz, “Malibu” is a jingly pop tune with country undertones, a love song to her betrothed Aussie, Liam Hemsworth. Perhaps as a symbolic reference to her musical 180, a fresh-faced Cyrus ditched her glitter, neon pasties and adult-sized baby costumes in favor of a breezy monochromatic look in shades of white, the universal color of resurrection and innocence. Her bleached locks — the first sign of her initial transformation from Disney Darling to R-rated popstar — are grown out past her ears. A metaphor, perhaps?

It’s unclear as to whether or not Cyrus enlisted the help of a stylist (she has previously worked with Simone Harouche) or if she chose the style herself, as she did for her Billboard cover shoot, which saw the starlet in drapey vintage dresses and cowboy boots.

But the look can’t help but remind us of another blonde rockstar — Courtney Love — whose band Hole released their own “Malibu” in 1998. The two artists, however, have very different representations of the sunny SoCal city. 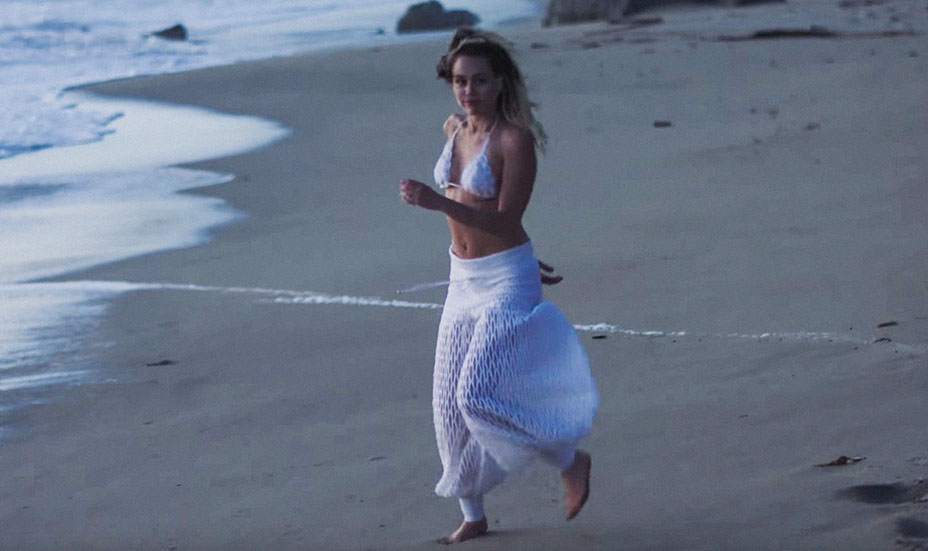 Hole’s music video, with palm trees ablaze, is exactly what we would have expected from a 2015 Cyrus, down to the massive wrecking ball. While a now-PG Cyrus traipses across the beach with a string of colorful balloons in hand — a scene that could have just as easily been ripped straight from a Hallmark commercial — Love cries out in angst, reeling against a backdrop of props in the midst of destruction.

The 2017 video borrows not just the name but also the wardrobe from its punk predecessor. In Hole’s video, the women wear white gauzy gowns, just like Cyrus’. But maybe it’s a coincidence. After all, nothing really whips as elegantly in the beachy Malibu breeze as a good white dress.