Jessica Chastain stepped out at Monday’s Los Angeles premiere of It Chapter Two in Zuhair Murad’s off-the-shoulder emerald couture gown from the fall/winter 2019/2020 line to complement her wavy red hair. As for her makeup, artist Kelsey Deenihan gave her an old Hollywood glam look using Lorac Cosmetics’ Lux Diamond Palette ($39) on the eyes — the beige eyeshadow shade Posh all over the lid, the mauve 5th Avenue in the crease and outer corner, the brown Luxury shade to darken the corner and finally a shimmery Crystal color for a pop.

“I didn’t want it to be an obvious pink or maroon,” she tells The Hollywood Reporter. “I didn’t want any black. So it’s all just those dark jewel tones…. It’s the epitome of Old Hollywood movie star makeup.” 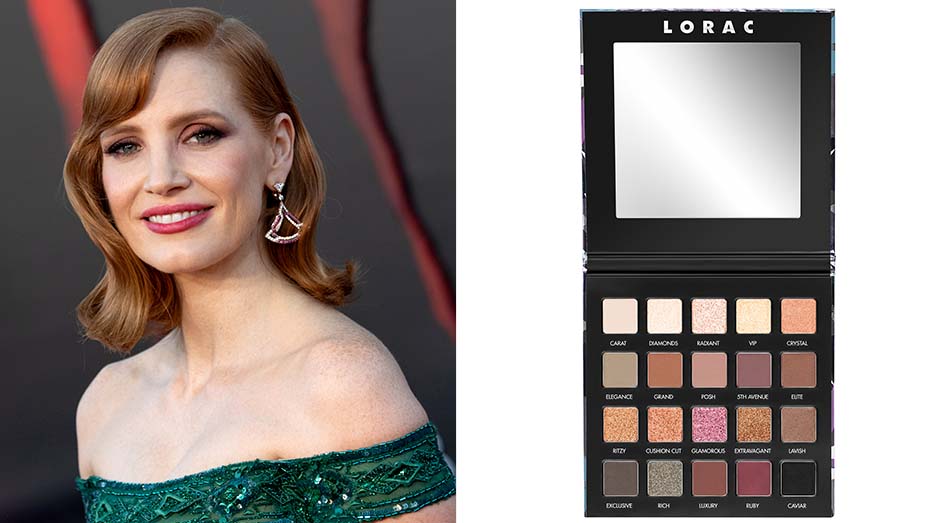 Another client of Deenihan’s recently went from the makeup chair to the makeup lab. Stranger Things actress Millie Bobby Brown announced this month that she is launching a vegan makeup and skin-care line called Florence by Mills — and Deenihan is nothing but proud.

“I mean that girl is a powerhouse,” Deenihan tells THR. “She is very big on skin, because she knows that her age group and demographic are all going through these tween years of problematic skin and changing.”

About 70 percent of the products are for skin care — including the Zero Chill Face Mist, Clean Magic Face Wash, Dreamy Dew Moisturizer, Get That Grime Face Scrub, Swimming Under the Eye Gel Pads and Look Alive Eye Balm ($10-$34).

“It’s a lot of skin stuff that she wanted to focus on to really drive home the fact that, ‘We have this as an option and I’m young and, here, you should use it,'” adds Deenihan, who did Brown’s hair and makeup for the launch campaign. “She’s doing it in a cute little fun way. Yeah, she is super excited.”

Meanwhile, Deenihan is heading to the Toronto International Film Festival with 13 Reasons Why breakout Katherine Langford and will do Hale’s makeup for any fashion week shows she decides to attend in September. “If it’s a show that has more wild looks, usually they have a little bit of fun with that,” she says. “We’ll get to play.”

This fall, she’s predicting color will continue to be big on the red carpet: “We always go away from the light pastels of summer and ‘skin is in’ type thing. I think skin is going to very much at the forefront,” she says. As a way to offset the au naturale skin aesthetic, she anticipates stars will play with makeup by using more color on the eyes and lips.

“Definitely fashion week is going to be a good indicator of where things are going, but there’s going to be some wild things happening on the eyes,” she says. “I do think the whole glitter thing is going to be here for a minute. It’s not going away. And I love it.” 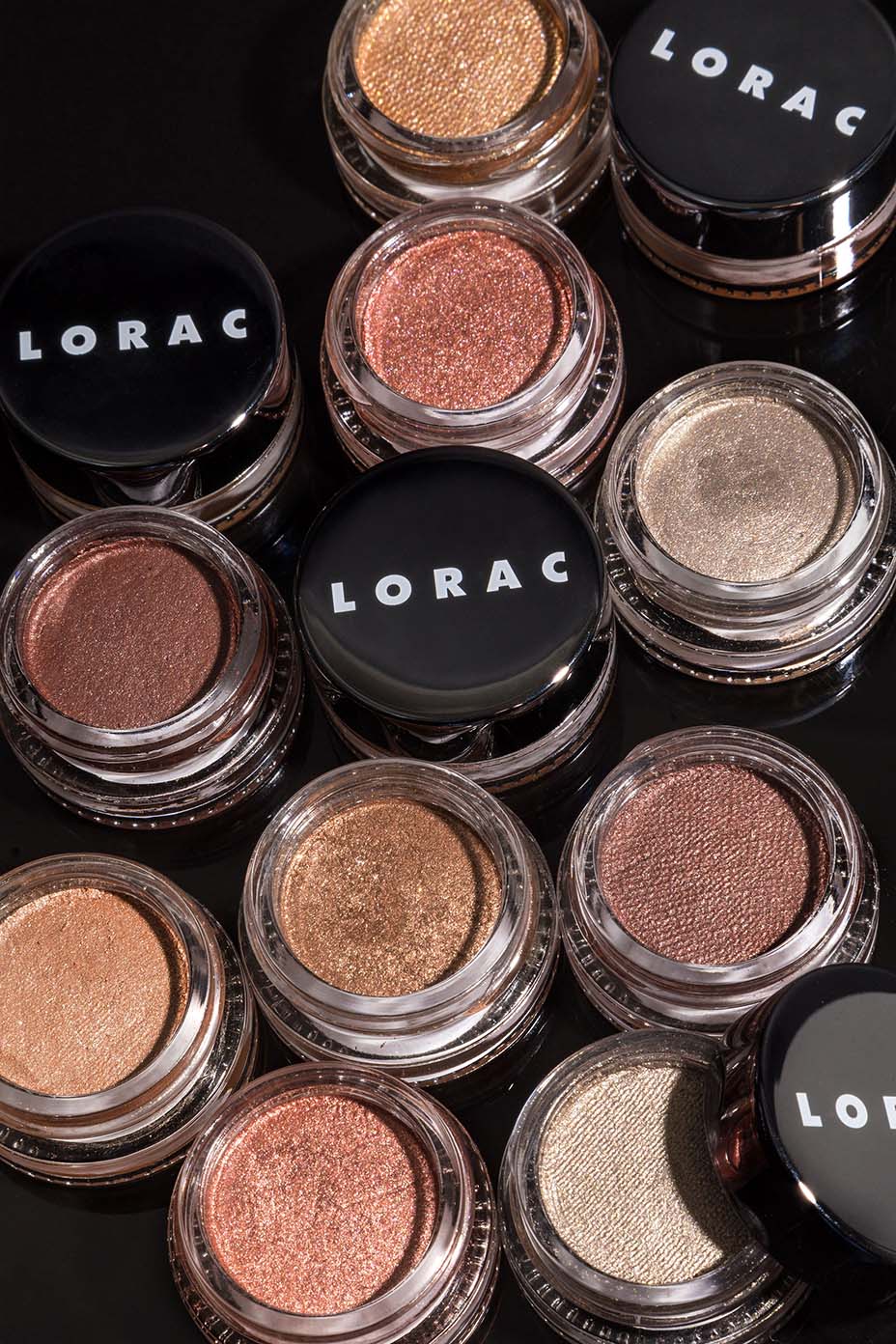 Her new role with Lorac was a fit because she’s already been using its products on red carpets. Founded in 1995 by makeup artist Carol Shaw, Lorac was designed to help stars avoid breakouts and skin irritants through soothing ingredients such as cucumber extract, chamomile extract and vitamin E.

“She was doing ’90s Cindy Crawford and ’90s Nicole Kidman,” says Rachel Shelowitz, global senior vp Markwins Beauty Brands and general manager of Lorac, in an interview with THR at the Sunset Tower Hotel on Wednesday. “She was the artist at the time. And one of the things that she said she noticed is that [for] a lot of her clients, she was seeing their skin break out before her very eyes.”

Shelowitz says Lorac lost its way until Markwins Beauty acquired it in 2018 (the company owns Wet n Wild and Lip Smacker and reported sales of more than $580 million in 2017). Shelowitz joined a few months ago and asked who was leading the charge in artistry. “And it was like a big silent pause. So one of my first objectives was to find someone who, if we started the brand today, who would be the Carol today?”

Lorac found that in Deenihan, who says that makeup artists weren’t carrying Lorac in their cosmetic kits very often, so she wants to be the bridge between the brand and her artist community to reintroduce it. They’ve been working together to remaster original formulas and update packaging with Deenihan’s insights, rolling out in the future. 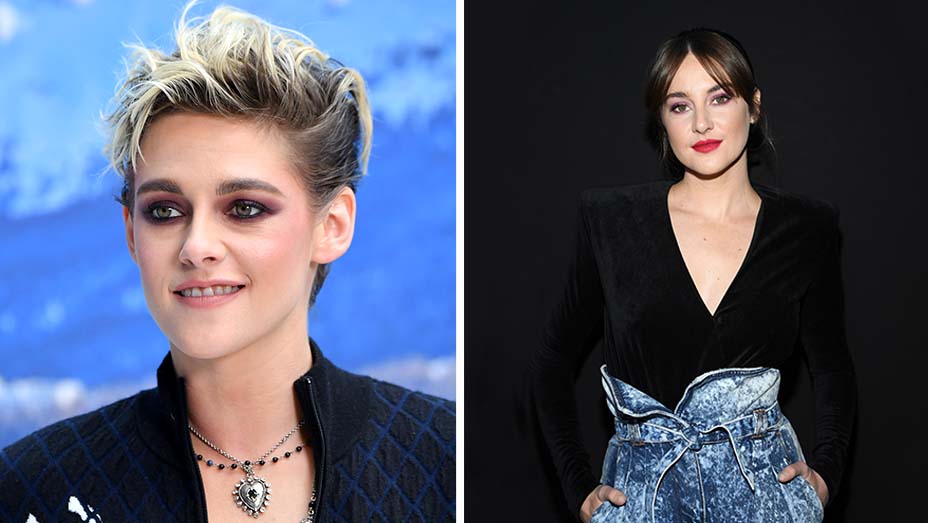 “For artists, we all like to make our kit as light as possible,” Deenihan says. “A lot of these brands have these big glass bottles and, yeah, they’re gorgeous for a vanity, but I’m not going to literally carry 50 shades of glass bottles. It’s a nightmare and it’s heavy. I need a chiropractor.” She prefers products in smaller bottles, with fewer glass droppers and with blendable, skin-friendly formulations like Lorac’s.

The makeup artist will film video tutorials “all in due time; I’ve got to perfect them,” she laughs. “When Kelsey shows you how to do a neon eye, it’s going to be very different from pick-your-15-year-old who loads a video on YouTube,” Shelowitz adds. “Part of the accessibility of Lorac is actually bringing the skill set of Kelsey and being like, ‘This is someone who does the faces of name-your-celebrity and she’s going to teach you how to do this neon eye.'”

Deenihan currently stocks her kit with the Lux First Class Lash Mascara ($24) and Lux Diamond Palette beautified with diamond dust. “You know how sometimes matte shadows can go a little muddy? They don’t,” she says. “I love that because my style is very blendy,” to which Shelowitz jokes, “Kelsey is not using Scotch Tape.”

An insider tip: The beauty guru scrapes the individual creme shadows ($22), adds them to moisturizers and then applies to her client’s arms and legs to get “the most dewy” skin. “For me as an artist, everything is multi-use,” she says.