Go ahead, meet your heroes. For THR’s inaugural Empowerment in Entertainment issue, four Hollywood pairs got together to share how far courage, mentoring and a lot of leadership can ripple in an industry built on relationships. Some of the duos know each other well, like The Chi creator Lena Waithe and Gina Prince-Bythewood (Waithe once worked as an assistant to the Love & Basketball director) and writer-actor Ryan O’Connell and The Big Bang Theory‘s Jim Parsons, who teamed to create the Netflix series Special. Others were reuniting after many years: Agents of S.H.I.E.L.D actress Ming-Na Wen always looked up to Flower Drum Song star Nancy Kwan, and then finally worked with her on ER 18 years ago. And one pair was meeting for the first time for THR’s photo shoot: Pose director Janet Mock, who found inspiration in trans supermodel Tracey “Africa” Norman as she went through her own transition. Through their intimate and complex connections, these four pairs reveal how every innovator is shaped and guided by another who came before.

Why Black List Founder Franklin Leonard Is Over Inclusivity Panels

About 15 minutes after reuniting for the first time in 18 years at THR‘s photoshoot at L’Antica Pizzeria da Michele, Ming-Na Wen discovers that her former ER co-star Nancy Kwan is related to Kevin Kwan, the author of the Crazy Rich Asians books. Wen quickly puts it all together: Nancy Kwan starred in 1961’s Flower Drum Song, the first major studio film with an all-Asian cast; it took 32 years for another film, 1993’s Joy Luck Club, to feature a majority Asian cast, including Wen. And then it took another 25 years for the film adaptation of Kevin Kwan’s book, starring an all-Asian cast, to come along. “It’s unbelievable,” says Wen, a bit in awe. “It’s quite an amazing connection.”

Flower Drum Song, a musical starring Kwan as nightclub showgirl Linda Low, was the film that established her as a role model for Wen. “To see someone young and vibrant and sassy who’s an Asian American, it just really spoke to me,” Wen says. Song and 1960’s The World of Suzie Wong — for which she won a “most promising newcomer” Golden Globe — made Kwan, once a rising ballerina, an instant starlet. She appeared in a slew of films including The Main Attraction (1962), Fate Is the Hunter (1964) and The Wrecking Crew (1969). “When I started, there were hardly any [Asian stars in Hollywood],” she says. “And today, it’s opening up. Especially with Crazy Rich Asians, the awareness is there.” 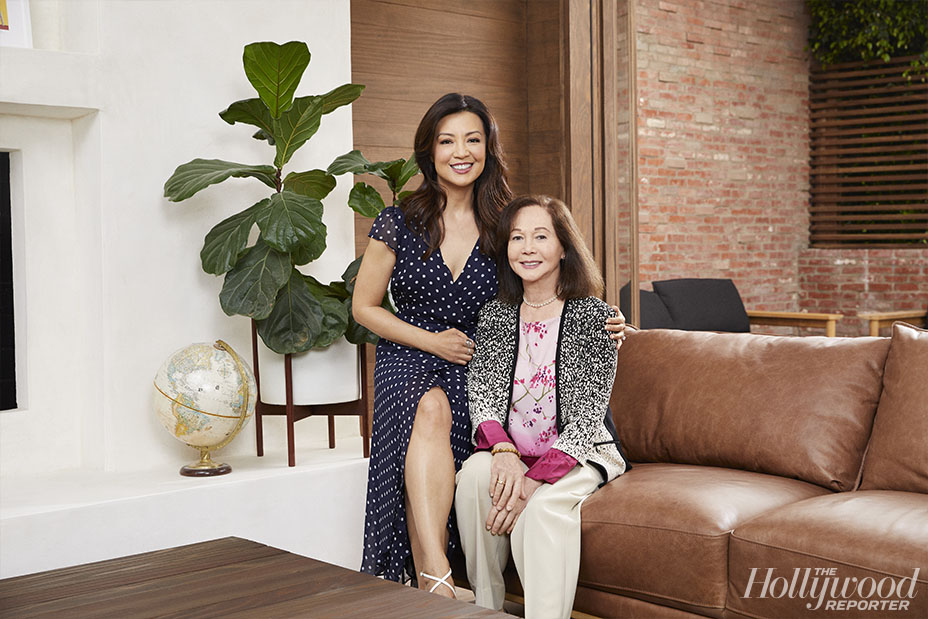 The actresses first met in 2000, when Kwan joined medical drama ER for an episode to play Wen’s character’s mother. “She was everything that I imagined her to be when I was a young girl growing up, idolizing her,” says Wen, 55. “She’s elegant, and beautiful, and just incredibly generous.” There’s still a sweet mother-daughter dynamic at play between them today, with Kwan, 79, snapping photos of Wen like a doting mother and speaking to her in Cantonese.

Wen, who voiced the lead character in Disney’s animated Mulan and now stars on ABC’s Agents of SHIELD, has herself become a touchstone for the next generation of Asian American actresses, though she at first resisted that status. “For the longest time, I hated being thought of as a role model, because it can restrict you from taking on a role that was maybe a stereotype — if there was a really great role written for a prostitute, or a dragon lady,” says Wen. “But I love the fact that I’m able to have had such a long career. I think being a role model is about just pursuing what your passions are, what you believe in, what is your truth.”