Two years after a successful Mickey Mouse collaboration, Coach and Disney have reunited — this time to celebrate Mickey’s better half, Minnie Mouse.

In honor of Minnie’s star on the Hollywood Walk of Fame, unveiled today, creative director Stuart Vevers created a limited-edition capsule collection of leather accessories and ready-to-wear pieces, as well as a custom ensemble for Minnie to wear to the unveiling afterparty in Los Angeles.

While Minnie’s ensemble meshes Vevers‘ own signature prairie floral print with the 89-year-old mouse’s fit-and-flare silhouette (plus a leather moto jacket, because in 2018 Minnie’s got an edge), the collection draws upon L.A.’s surf and skate culture from ‘60s and ‘70s. She is a California girl, after all.

THR caught up with Vevers at Coach’s Manhattan headquarters to chat about the coming together of the two iconic American institutions once again, as well as his plans for the upcoming fall 2018 fashion show and Coach’s own mascot, Rexy the T-rex.

She did it! Minnie got her well-deserved star on the Hollywood #WalkofFame and we couldn’t be more excited for our girl! Follow our Story for more from the big day.

Tell me what it was like designing this collection and working with Disney again.

It’s very personal — I’m genuinely a big Disney fan, especially the nostalgic animations. But I also love the parks, so I make sure I visit one of the parks at least once or twice a year because there’s parks all over the world.

I did a collection with Disney for Mickey Mouse a couple of years ago and loved working on it, and it had such a strong response. So it felt natural.

Also for our pre-fall, which we just presented in November, we were inspired by the dark side of Sleeping Beauty and Snow White — those spookier Disney themes. So we’ve worked together a few times now. 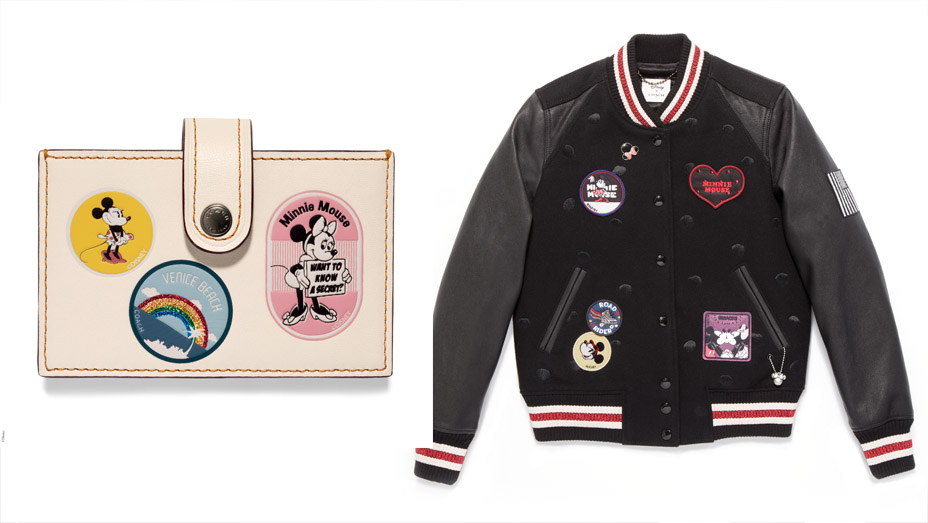 Do you have a childhood memory of Disney, or a favorite film from your childhood that stands out to you?

I watched animation and movies when I was growing up, but I didn’t visit any of the parks until I was an adult, and I think that was one of the reasons I love to go now. But as a kid, Mickey and Minnie were my favorites.

It’s great because Coach is America’s house of leather, it has an amazing heritage and it’s an iconic house, and it’s so fun to be able to bring the iconic Disney characters together with Coach. My aim is to always to create something that is surprising and new and shows a new side to both companies.

The Minnie collection in particular was inspired by nostalgic, free-spirited style. I was referencing a lot of the surf and skate culture of the ‘60s and ‘70s, so I worked with Disney to discover graphics from the archives of that era.

What particular part of the surf and skate culture did you draw upon?

Things here and there — the rainbows, the colors, there’s even patches that reference skateboarding and roller skating.

So it’s very California? Would you say like Venice Beach in the ‘60s and ‘70s?

What’s the hardest part about designing for … a mouse?

You just have to listen. (Laughs.) Disney supported us and helped us understand what proportions work on Minnie. It’s a real collaboration because we took some of the elements and we gave the fabric and sketches, but Disney knows how to make it work for her.

The prairie floral is from my first show for Coach, so it was looking at quintessential Minnie references — the red, the polka dot — and looking at the quintessential ideas that I brought to Coach — the prairie dress with the prairie patchwork prints, the crystal nostalgic embellishment. We also have a moto jacket with personalized patches. It really suits her.

We also took some specific ideas from our spring runway show, like the crystal on the shoe is from that show. Everyone who worked on it on the design team, we just had so much fun. 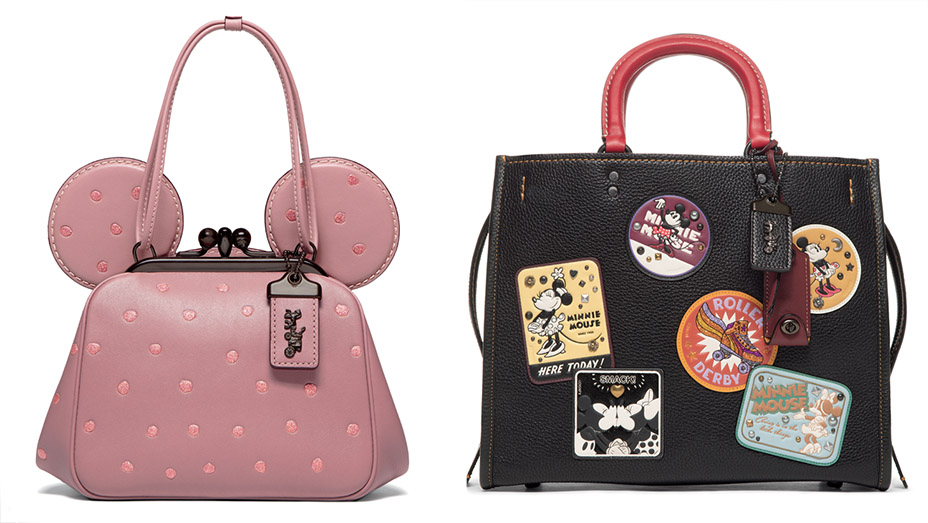 We’re celebrating Minnie getting her star, which I read is 40 years after Mickey received his star. How does it feel to dress this female Hollywood icon in this particular #MeToo climate?

I mean, it’s Minnie mouse. Today I got to hang out with her and do a photo shoot. It feels good, and it was very important to me that Minnie felt good in her dress. From our interaction this morning Minnie expressed that she felt very good about it. That’s always the most important thing.

With fashion week coming up, what can you tell us about the collection?
We’re still working on it, but I think it’s going to feel something quite different for Coach. It’s going to be a bit of a surprise.

Keith Haring was a big influence last season. Will there be another icon that threads this collection the way Keith did?
There’s something quite specific, which is something very close to home for Coach — it doesn’t work through the whole collection as Haring did, but there’s a fun moment.

Like Disney, Coach has its own icon of sorts now: Rexy. Do you see any parallels, in personality or otherwise, between Mickey or Minnie and Rexy?
Rexy has definitely become such an important reference for Coach, but honestly, it was never planned. It was just a happy accident. I never thought a dinosaur would have become a reference for Coach, I mean we created one sweater, and it was my first runway show, and it just connected with people. It’s now constantly requested like, “more things with Rexy!”

It makes me really happy because it’s so random. In many ways Rexy became a mascot for the new Coach and I think that’s because it’s surprising and different, and I think part of what I do is to bring new ideas and surprises to Coach.

Did you give him the name?

Her! Yeah, I gave her the name. And now she has friends. Her official friends are Sharkie and Uni.