Sylvester Stallone took home the supporting actor Golden Globe this year for his role in the Rocky sequel Creed, but it was his three daughters who stole the show when they walked the red carpet with their dad and mom Jennifer Flavin. In 2017 the sisters will be back — sharing the spotlight (as well as toting trophies and guiding winners) as Misses Golden Globe.

For the first 20 years of the Globes, the title was given to rising stars in movies and TV. In 1971, the Hollywood Foreign Press Association began the tradition of assigning the role to sons and daughters of showbiz heavyweights.

A few past honorees have gone on to become entertainment fixtures in their own right: Anne Archer (’71), Laura Dern (’82) and Rumer Willis (’09). Melanie Griffith (’75) and Dakota Johnson (’06) are the only mother-daughter duo who both were given the honor, and Freddie Prinze Jr. (’96) was one of the few males.

The Miss (and occasional Mr.) Golden Globe uniform has run the gamut, from Johnson’s black gown with lace details to Willis’ plum Reem Acra chiffon ball gown or Greer Grammer’s (daughter of Kelsey) splashy pink tulle Lorena Sarbu dress in 2015. Grammer says her experience was like being Cinderella, acknowledging that even though it was “a little stressful at times, it was truly magical.” The Altitude actress’ advice for the Stallone sisters is to embrace the pomp — and wear comfortable shoes. “You’re in them all day, from morning rehearsals until the afterparties. And make sure to eat before — there is no time to snack during the show!” 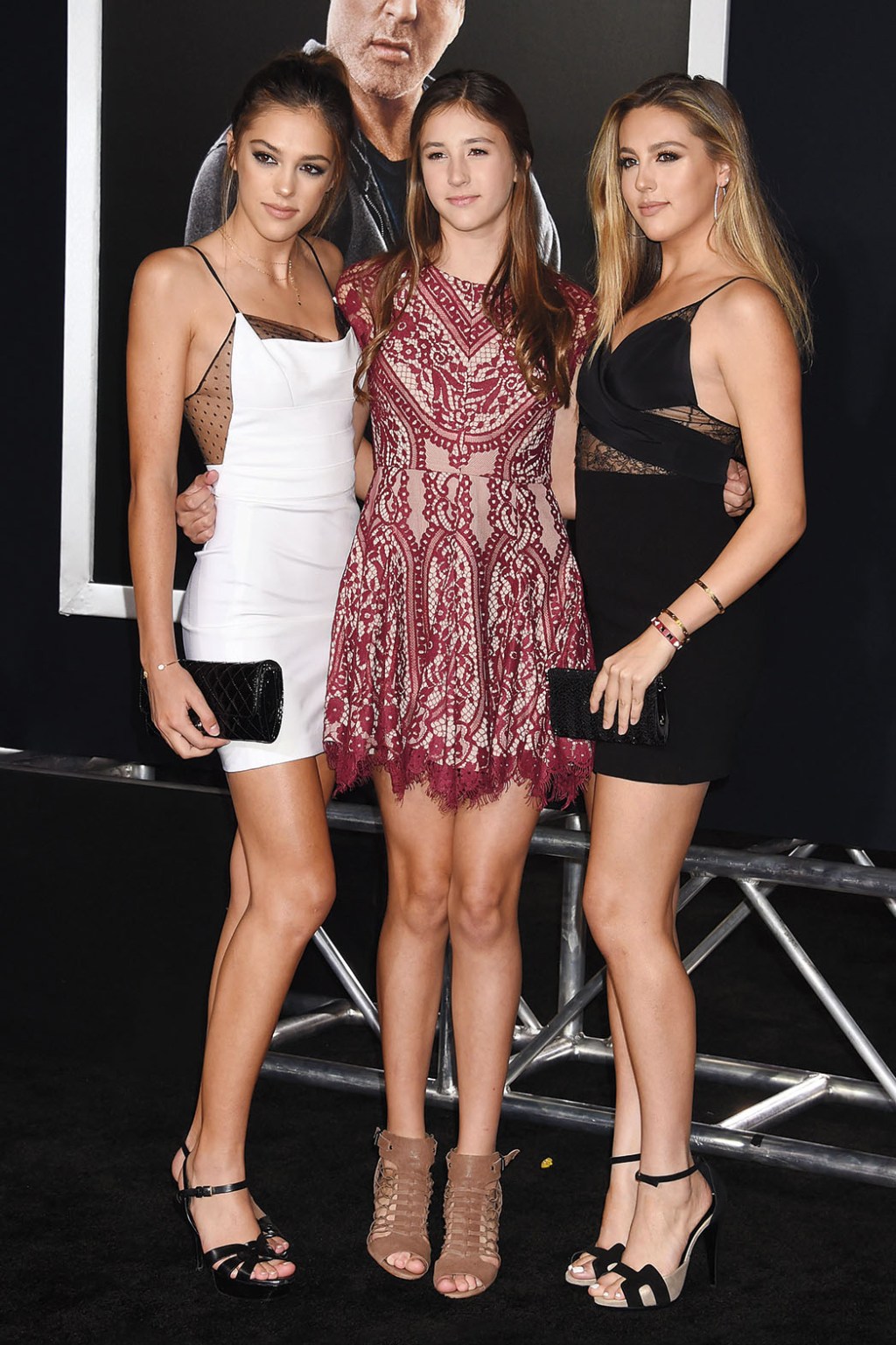 Following in the footsteps of her model mother, the IMG-signed Sistine has appeared in Harper’s Bazaar and Town & Country, while Vogue called her a “fresh face to watch.” Juan Carlos Obando’s cool cutout gowns would be a hit with the up-and-coming model, who favors skin-baring looks by Dolce & Gabbana and Twinset.

This high school track star, whom Dad proudly posts about on social media and has nicknamed “The Flash,” already has 115,000 Instagram followers. Because she hasn’t shied away from wearing bold colors, Miu Miu’s pretty patterns and girlie silhouettes would make for a perfect, age-appropriate choice for the teen.

Stallone’s eldest daughter currently is enrolled at USC and involved with campus Greek life. Pictures from her Instagram feed reveal that she is a fan of simple yet sexy styles. She easily could rock a sleek evening jumpsuit, like a recent crepe and velvet version by Roland Mouret or Elie Saab’s caped number.