It’s not often that you go to a fashion show and the decor is lilac shag.

Then again, not everyone has the singular mind of Miuccia Prada, who upholstered the entire Conseil Economique Social et Environnemental like a teenage bedroom for her Miu Miu show on the last day of Paris Fashion Week.

At @MIUMIUofficial show where the decor is lilac shag #PFW17 pic.twitter.com/5KjvgNvWsr

The soft stuff set the tone for a funktastic collection that elevated bad taste to good, with faux furs, bold check coats, pimp hats and shoes in ice cream colors, dresses dripping in crystals and retro intarsia knits with repeating patterns of everything from kitty cats to princess phones. 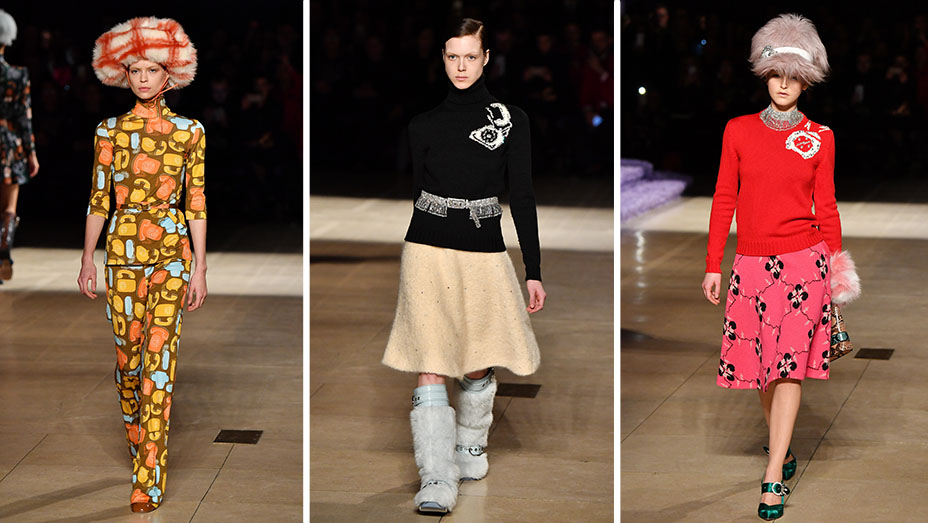 It was the same indie spirit we saw in the Marc Jacobs collection in February in New York. And it was a fashion pick-me-up at the tail end of a Paris week that’s been marked by pragmatism on the runways. In response, perhaps, to unsteady times, most of the big houses such as Dior, Chanel, Chloe and Stella McCartney showed not-all-the-surprising, but certainly salable tailoring and remixed classics.

But not fearless fashion flyer Miuccia. This was a rare and welcome moment of madness, right down to the shoes — fuzzy wuzzy confections of Muppet fur and crystals that should make 4-year-olds and 40-year-olds alike squeal with delight. 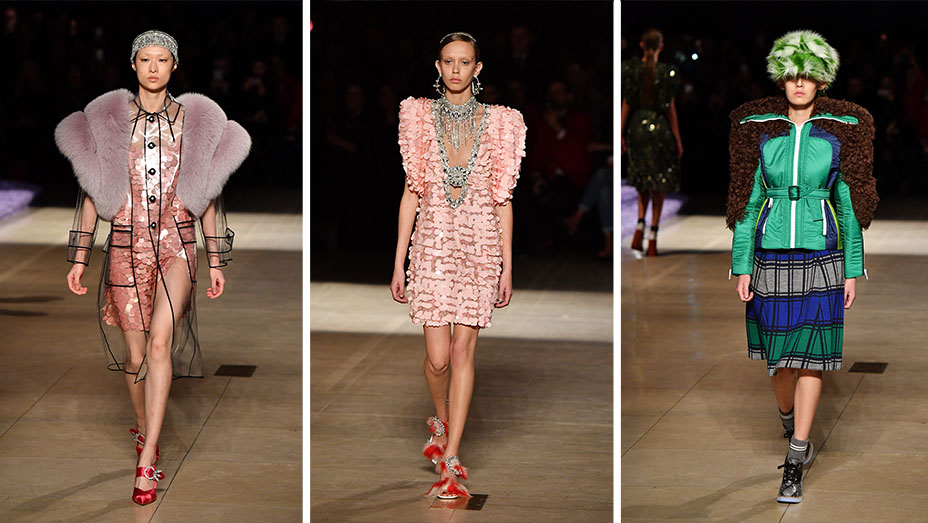