When Meryl Streep took to the stage to accept her Cecil B. DeMille Award at the Golden Globes on Jan. 8, she took a not-so-subtle jab at two sports: “So Hollywood is crawling with outsiders and foreigners, and if we kick them all out you’ll have nothing to watch but football and mixed martial arts, which are not the arts.” In a surprising coincidence, a new MMA event has been added to Oscar week, one that best actress contender Streep surely won’t be attending.

The Hollywood Reporter has learned that Smash Global — a producer of luxury events that feature professional MMA fighters — will be hosting a pre-Oscar MMA Fight Gala on Feb. 23. The private, black-tie charity gala will benefit anti-bullying while featuring a cocktail reception and a four-course dinner with guests seated around a fight cage in the Taglyan Complex on Vine Street in Hollywood.

Founder Steve “Hulk Smash” Orosco will honor a yet-to-be-announced “high-profile individual” for their contribution to the sport of mixed martial arts before the night’s centerpiece entertainment: five sanctioned MMA fights live in the cage.

Orosco tells THR that he chose the date “to celebrate the artists who have influenced uncountable lives, in almost every country in the world,” and to be close to Hollywood’s biggest night.

“What child did not want to take up karate after watching Enter the Dragon? Or learn how to kick-box after watching Blood Sport? From Chuck Norris and Jean-Claude Van Damme, to icons like Bruce Lee, Jet Li, Chow Yun Fat, Steven Seagal, Tony Jaa, Scott Adkins, Jason Statham, Michael Jai White, Michelle Yeoh, Jackie Chan and so many more, our night is to celebrate in a raw, unfiltered fashion, the outstanding films, filmmakers and artists who have successfully fought their way to the prize ring of the Academy Awards.”

He continued: “When I’m in that cage there are so many elements at play; the artistry of my movement, the anticipation of my opponents actions, and the performance for the spectators. Like Meryl Streep said, we let you [the audience] feel what we do. The passion, the intensity, the loss, the fear and (hopefully) the triumph. The entire human emotional scale is at play.” 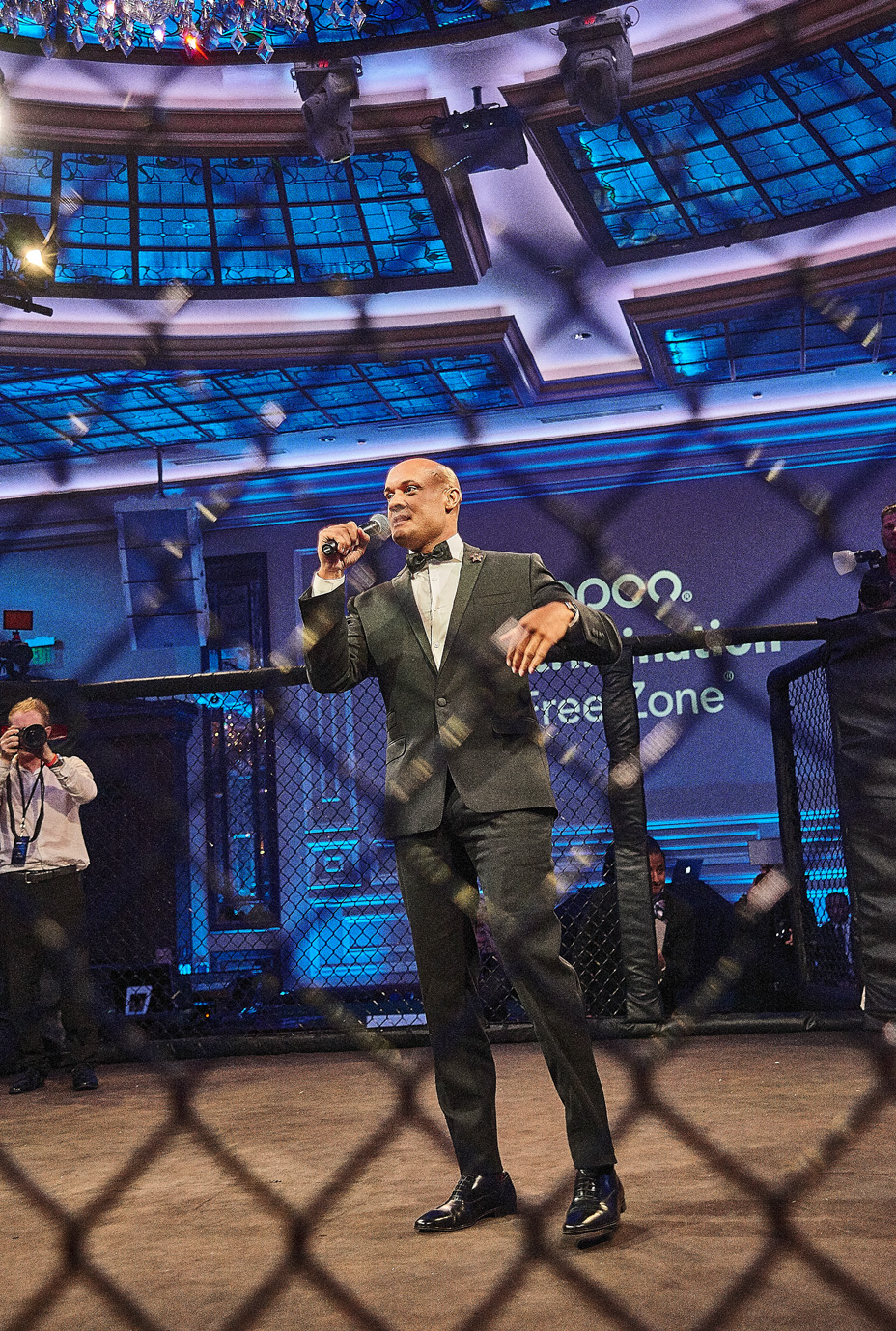