When Shanina Shaik finished as runner-up on the Australian reality competition show Make Me a Supermodel in 2008 at the age of 17, she never anticipated the challenges that would come during her rise to stardom.

The now-27-year-old stunner — whose father is Pakistani and mother is of Lithuanian descent — “certainly stood out,” she tells The Hollywood Reporter, “but, at first, not for the reasons I had hoped.” According to Shaik, she was told her “ethnically ambiguous” appearance would work to her detriment.

Shaik’s struggles are explored in her new E! show, Model Squad, a two-week docuseries event centered around the anxiety-inducing nature of the industry. The eight-episode series, which premieres tonight and will air throughout New York Fashion Week, also stars Daniela Braga, Ping Hue and Ashley Moore, among other women of color. Devon Windsor, Nadine Leopold, Olivia Culpo and more white models appear as well, providing opportunities for the cast to engage in meaningful — and sometimes heated — conversations about diversity and discrimination in fashion.

Of course, she has proved her doubters wrong. Nearly 10 years after trading the beaches of her native Melbourne for the promise of a new beginning in New York City, the model has become a formidable presence in fashion. Not only has Shaik walked in more than 20 runway shows — from Victoria’s Secret to Vivienne Westwood — but she’s cemented herself as a certified cover girl, gracing the covers of Cosmopolitan Australia, Vogue India, Harper’s Bazaar Arabia and more international glossies. 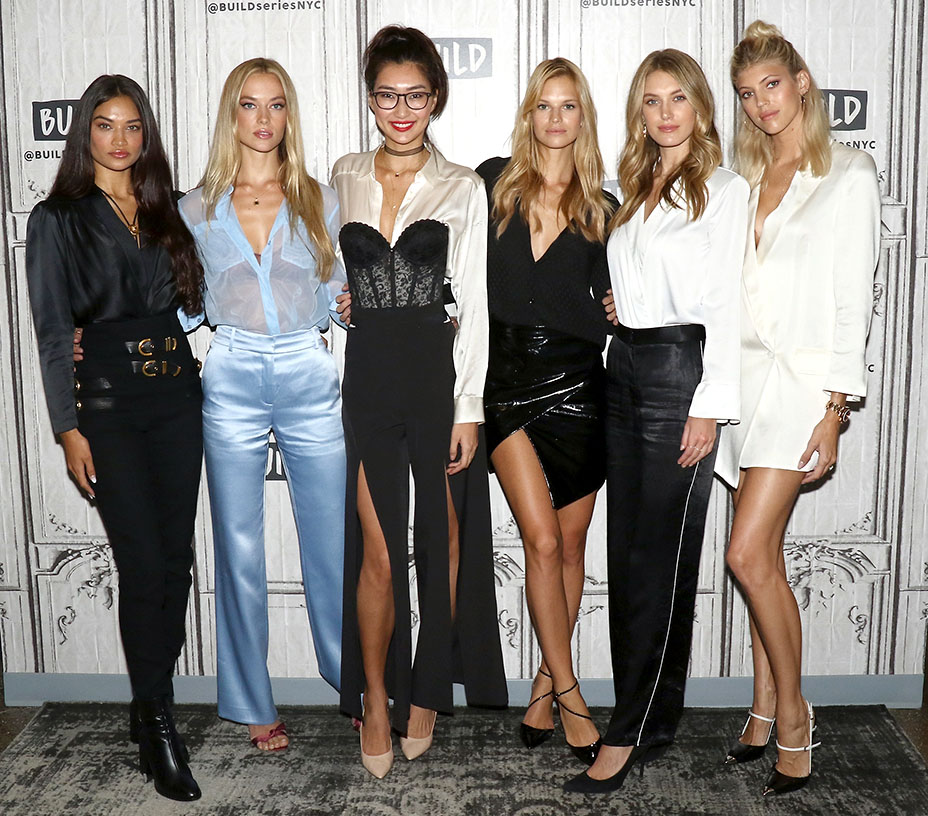 Still, Shaik is hoping to see “even more representation” and opportunities for other models of color who have encountered racism or faced similar adversity. “I’m glad we have a platform to bring attention to this issue within the industry with Model Squad,” she tells THR. “It’s important to hear the negative things that have happened to everyone and then come together and see the positive. It’s about coming together as women, talking about it and then putting it in the past and moving forward and seeing how we can change it.”

Below, Shaik elaborates on her return to reality TV, reveals how she learned to embrace her diverse look and shares her tips for surviving Fashion Month.

What made you want to do reality TV again?

I feel like everyone has an idea of what models do and what they are. They think that it is just a very glamorous life for us. Don’t get me wrong — it is and we’re very fortunate to travel the world and be dressed in beautiful clothes and work with amazing, talented people across the world. But I want people to see that there is more to modeling. It’s tougher than it looks. We are young businesswomen and we’re trying to work hard and create a brand for ourselves.

Were you hesitant at all about signing onto the show?

I must admit that I was a bit hesitant at first and I wasn’t really sure that I wanted to do it. After doing Make Me a Supermodel as a teen, I thought, “I’m never doing a reality TV show again.” And then here I am doing it! I took a risk. I want people to see my personality. I’m a lot more fun than maybe people realize. And I want people to see the hard work and what I do behind the scenes as well, so that’s what ultimately drove me to sign on to the series.

What is the biggest challenge you face as a model?

I’m married now [to DJ Ruckus] and it’s a lot of work when you’re traveling so much. We both travel a lot, so we have to schedule time for each other and meet in different parts of the world. So that’s a struggle. Also, my family is in Australia and I don’t get to see them that often. At the moment, I haven’t seen them since my wedding in April and that’s a really long time. It’s hard for me.

You’ve been so open about being bullied for your ethnic background. What made you want to share your story?

I’ve experienced bullying and I’m not the only girl in the industry who’s faced discrimination. It’s not acceptable, not in modeling and not in any other industry. At the beginning of my career, even in Australia, it was hard for me to book a job. That’s why I had to move to New York. But even when I got to New York, I still faced a lot of bullying. I have an ethnically ambiguous look, so I was told I didn’t fit into a category. Because of my cultural background, I didn’t book jobs. Clients wouldn’t even want to look at me or look at my comp card. There were lots of tears that came with my job. My poor mom. I think about how hard that must have been for her, to hear her daughter crying on the phone all the time.

In 2018, do you feel like there are better opportunities for women of color in fashion?

Sitting back and seeing more diversity on magazine covers and in campaigns, it’s really exciting. I don’t think we’re completely there yet, but we’re doing better. With everyone so mixed and diverse, it’s hard for some people — like myself — to fit into a category. We have made strides and I love to see how a lot of designers and editors have championed models of color in the past few years, but there could definitely be even more representation and inclusiveness.

At what point did you learn to embrace your diverse look?

When people told me it wasn’t going to happen for me, that only pushed me to work even harder. Within the past two years, I’ve really gained a full sense of confidence. For any girl coming into the modeling industry — and they’ll see this on Model Squad — it’s not easy. You really have to have thick skin because you’re going to hear a lot of, “No,” and, “You can’t do this.” You really have to be tough to deal with the challenges of the modeling industry and you have to have a really great team behind you as well. That’s really important.

When did you start to see a shift in your career?

My breakthrough was doing my first Victoria’s Secret show when I was 20. Doing that show changed the trajectory of my career and opened doors for me. Once you book a VS show, other brands really start to notice you. It was validating. It was the biggest dream for me when I first got to New York. And then after doing four shows, I felt like I had achieved that. Now I want to try something else and move forward. That’s not to say that I won’t do it ever again. If it does come up, I would love to do it because I enjoyed it so much. But I want to see what else I can do because I feel like I can be bigger and better and I want to broaden my horizons.

I would love to do Sports Illustrated. But right now, my main goal is to be a campaign girl and have my own business and a beauty contract.

Is there a particular model whose career you’d like to mirror your own after?

I would say an inspiration of mine is Rosie Huntington-Whiteley. She’s amazing as a model. She’s done Victoria’s Secret. She’s dabbled into acting. Her style is beyond and she’s just so chic. She’s also created a business for herself. She’s always reinventing herself and for any girl in the modeling industry, you have to consistently reinvent yourself and work hard and create new beginnings for yourself. Model Squad feels like a new beginning for me.

The show follows the ups and downs of Fashion Month. Any advice for getting through those stressful weeks?

It’s a lot of work and a lot of prep. I find for anybody — models, designers, bloggers, anyone sitting front row — it’s super exhausting. I would say bring a lot of snacks in your bag. Bring a banana or a protein bar or two. And definitely have some coffee or a good herbal tea in the morning. You’ve just got to stay fueled. And take your vitamins! It’s all about keeping yourself healthy and ready and just taking care of yourself. And bring lots of water in your bag. It’s important to have a bag that you can fit a lot in. You need to be energized and feeling good.

How much time do you give yourself to prep for a runway show?

I’m always going to stay ready. I work out consistently throughout the year. I like to work out. I feel good about myself and I like how my body looks. It’s also my job. When it comes to eating right and working out, I’m pretty consistent. So, before Fashion Month, there is no crash dieting or insane workouts.

Aside from working out and watching what you eat, how else do you prep for Fashion Month?

About two weeks before, I’ll have my stylist come in and help me put together some outfits. That way, I don’t have to rush and figure out my outfits the morning of. It can be super exhausting and stressful trying to figure out what you’re going to wear front row or to all the afterparties all on your own. And I’m very fortunate enough to have a stylist now because years ago, I didn’t have that. I’ve come a long way!