The cast of Moonlight came dressed to impress in the American label when they stepped out at the 2017 Oscars on Sunday evening.

Ampersand Pins Pop Up at the Oscars for GLAAD

“I was honored to be able to work with the cast of Moonlight and to celebrate the incredible talent of each of these actors and the amazing body of work that the film represents,” said Simons.

Harris, styled by Nola Singer, is wearing a strapless white sequin gown from the By Appointment collection; Rhodes is in a navy single-breasted tuxedo; Sanders and Hibbert are both wearing black wool tuxedos. 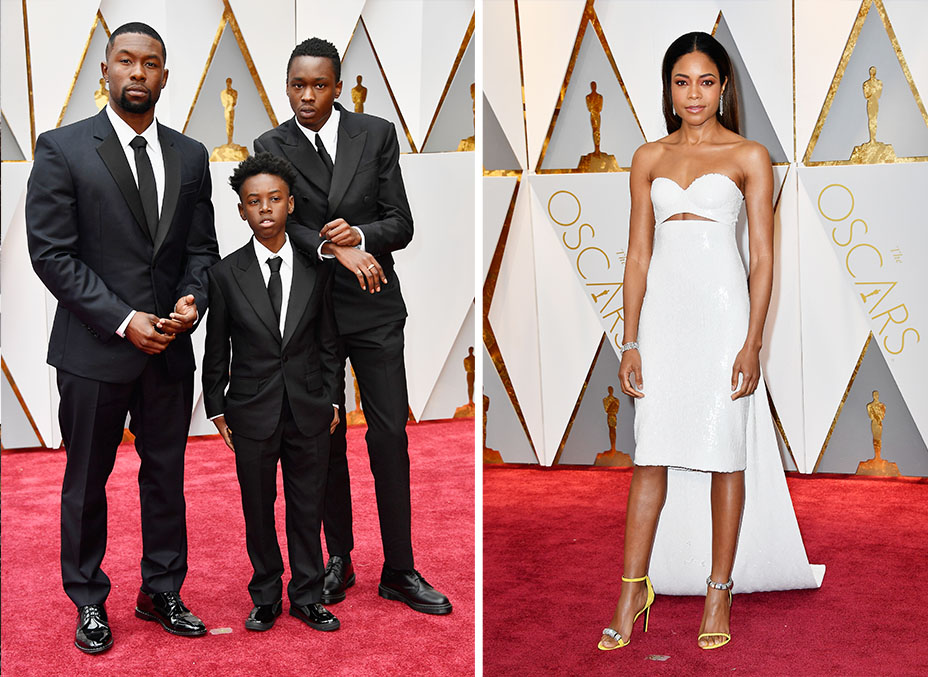 Just two weeks ago, the Belgian designer (previously at Dior) showed his debut ready-to-wear collection at New York Fashion Week — a melancholy ode to Americana — which was met with rave reviews from critics and consumers alike.

Moonlight is nominated for eight Oscars, including best picture and best supporting actress for Harris.