Continue to The Hollywood Reporter SKIP AD
You will be redirected back to your article in seconds
Skip to main content
July 25, 2019 2:18pm

Eighteen years after audiences were dazzled by Baz Luhrmann’s spectacular Moulin Rouge!, a new stage musical based on the movie is set to open on Broadway, just as the iconic venue itself prepares to celebrate a milestone anniversary. The red windmill of the Moulin Rouge in Paris will have been turning for 130 years in October after having inspired artistic works that immortalize the venue and its most famous dance, the cancan.

Adapted from the eight-time Oscar-nominated film, the musical comes to Broadway after a run in Boston and boasts Tony-winning actress Karen Olivo (West Side Story) as Satine and Aaron Tveit (The Code, The Good Wife) as Christian. Directed by Alex Timbers (behind other films-turned-plays such as Beetlejuice and Rocky) with a book by three-time Oscar nominee John Logan (Gladiator, The Aviator and Hugo), the show features choreography by Sonya Tayeh, who has worked with Miley Cyrus and Kylie Minogue. And, of course, the costumes, created by seven-time Tony-award-winning costume designer Catherine Zuber, are central to any adaptation of the Moulin Rouge story. 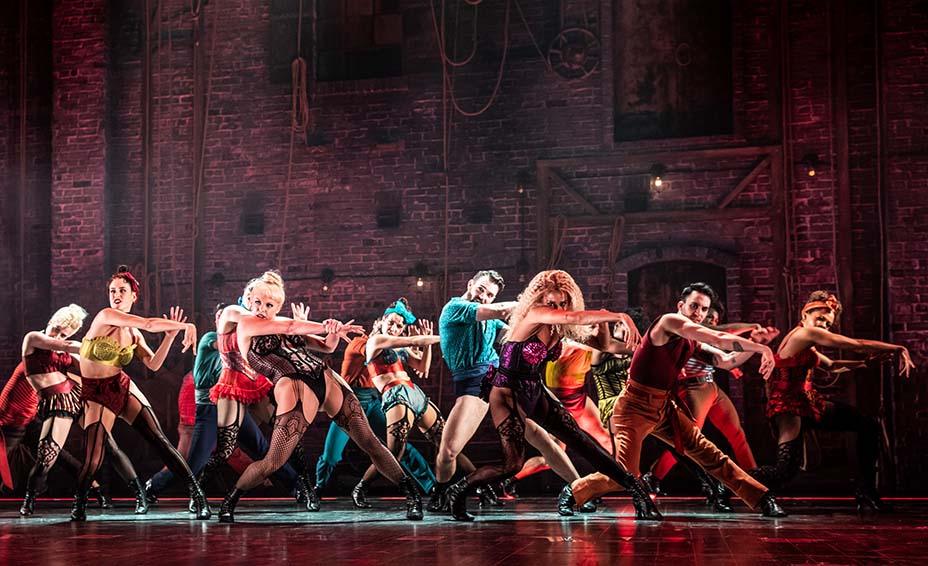 In the 1952 John Huston-directed film version, an adaption of the eponymous novel about painter Henri de Toulouse-Lautrec, a central figure in the early days of the Moulin Rouge, Zsa Zsa Gabor channels famous cancan dancer Jane Avril and wears designs by Elsa Schiaparelli. Hungarian costume designer Marcel Vertès, who took on both costume and set design, won Oscars for both. As costume designer for Luhrmann’s 2001 film, Catherine Martin won Oscars for costume design and art direction for her 1890s-bohemia-meets-1930s-glamour aesthetic.

While preparing for the Broadway show, Zuber met with Martin, who shared her research for the movie with Zuber and set designer Derek McLane. “She was so generous about that,” Zuber tells The Hollywood Reporter. “She was supportive, but she realized it’s a musical and not a film, so there was never any directive that it needs to be exactly like the film, although emotionally, it needed to be like the film. We were respectful of that.”

The wardrobe needed to work for the stage, so corsets come with the illusion that they tie in the back, like the classic versions, but are adapted for quick changes — some of them right onstage — with zippers, while the fin de siècle top-hats are bought a size too big and stuffed with foam to fit snugly.

“We also built in stretch panels so that actors could move during the dancing,” she added. Just like in the real Moulin Rouge, Swarovski crystals are vital in making Satine shine “bright like a diamond,” to quote one of the many pop songs used in the play: 30,000 of them, according to Zuber. “They’re an important part of the visual statement of the show,” she says.

Zuber, who lived in Paris in the ’90s, relished getting to revisit the Belle Époque as she played with lace, feathers, velvet and taffeta to create the show’s 200 costumes (it’s the biggest musical she’s worked on) in shades of orange, purple, fuchsia and teal. No two cancan skirts are alike, each with multi-hued layers of ruffles underneath. 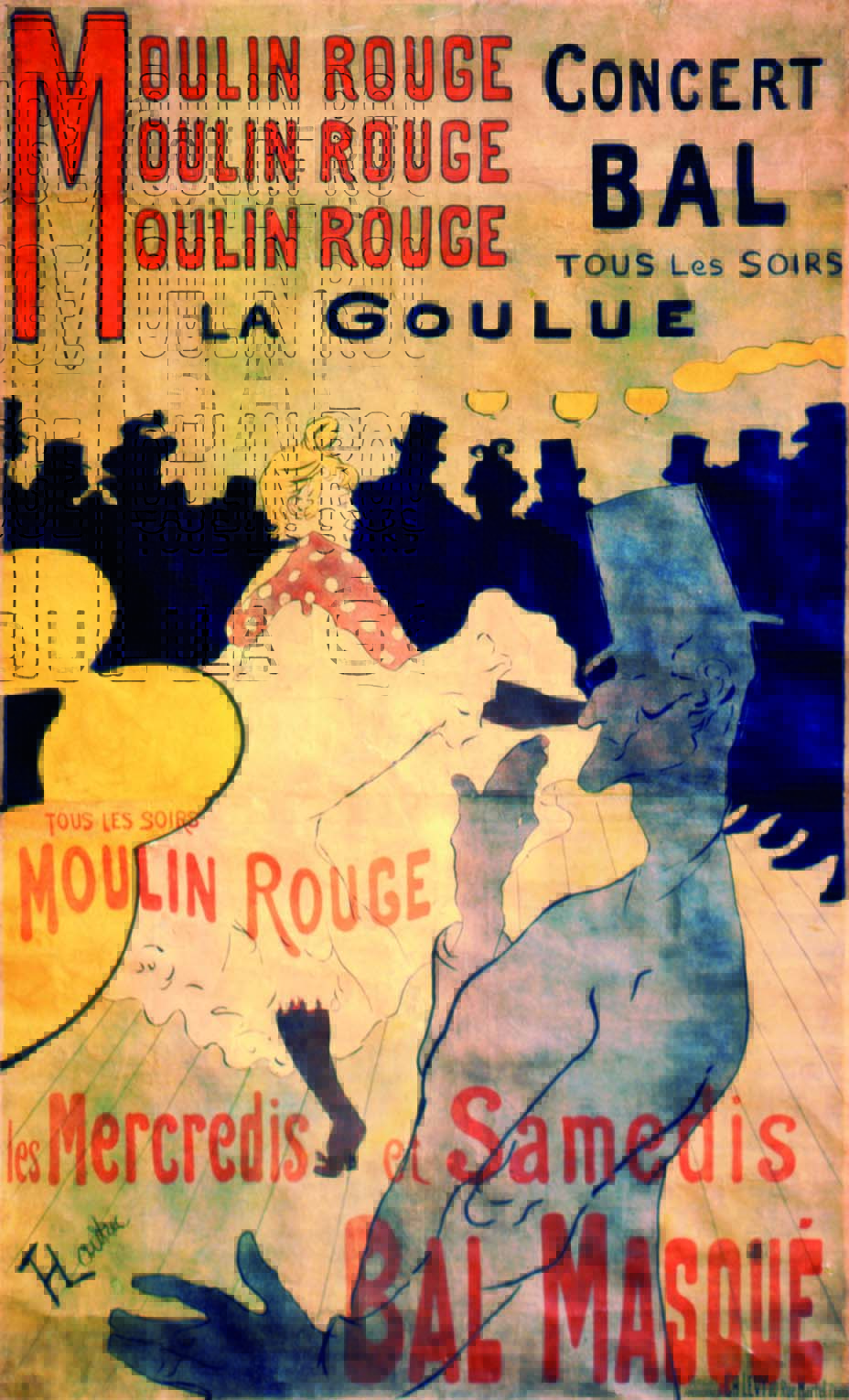 She looked to Toulouse-Lautrec paintings for inspiration, from a hat worn by an ensemble member that has a flower reminiscent of the one in his painting “Marcelle Lender Dancing the Bolero in Chilpéric” (with a stamen resourcefully made out of shopping tags) to the snake-enveloped dress cancan dancer Jane Avril wore in his 1899 painting.

Toulouse-Lautrec continues to be an influence at the Moulin Rouge in Paris, too. Principal dancer Claudine van den Berg plays La Goulue, one of the most popular cancan dancers seen in one of the painter’s most famous posters, which became used as a way to advertise the Moulin Rouge. “When I wear the costumes, I feel like I’m channeling a part of history — the history of dance and of art, too,” van den Berg says. She follows in the footsteps of renowned performers who have taken to the stage there over the years, from Edith Piaf to Lisa Minnelli. 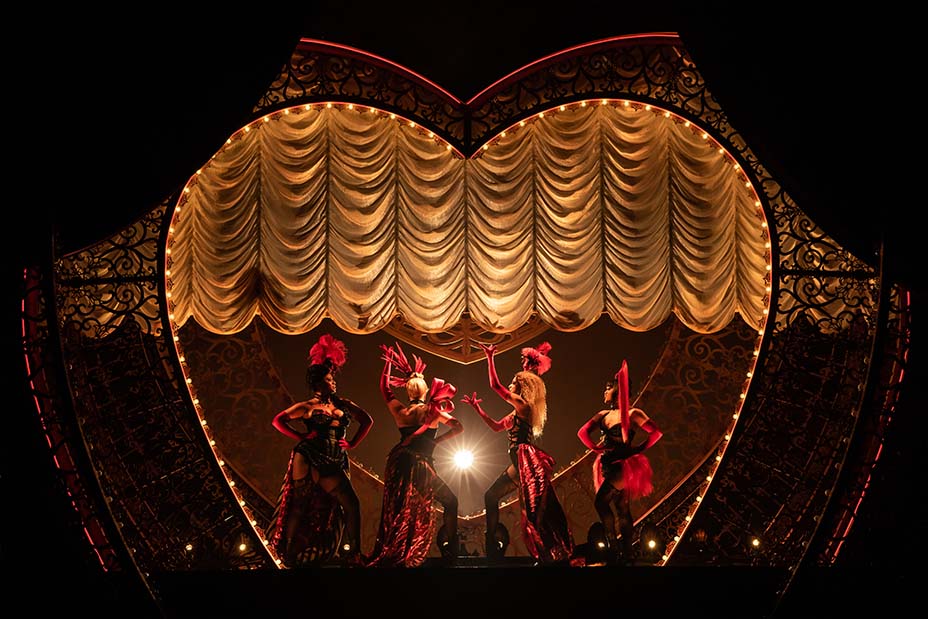 The Moulin Rouge still sits at the foot of Montmartre in Paris (having survived two World Wars, a fire in 1915 and multiple economic crisis) and every night, 60 dancers perform two shows, with 1,000 costumes in the mix. Each design and garment is treated like haute couture, as the team work to uphold the legend of the music hall.

Four million euros (approximately $4,457,628) was spent on the costumes for the current production, called Féerie, with over $11 million spent on their upkeep. “Not that many shows these days are still putting 60-odd dancers up onstage every night,” says Janet Pharoah, artistic director of the Moulin Rouge. “It’s exuberance, it’s pure escapism.”

Much goes into maintaining the costumes — the Swarovski crystals, the real feathers (mostly ostrich, marabou and pheasant, but the animals are not killed for their plumes) and the famous boots (which, according to Rabasse, last for 2,500 cancan dances). The costumes are painstakingly made to measure by design houses the Moulin Rouge has purchased — Maison Février for feathers, Maison Clairvoy for shoes and Atelier Valentin for embroidery.

“The magic of the show is that people don’t know there are 100 people working behind the curtain,” Pharoah says. “The staff work backstage on the costumes as soon as they see a problem or a jewel that is missing. There are many who come to Paris only once in their lives to see the show. So everything must look new.”