Yes, you can can can! Just not in time for 2019 Tony Awards consideration.

The eagerly anticipated Moulin Rouge! The Musical, which generated considerable excitement and strong reviews in its sold-out premiere engagement at Boston’s Emerson Colonial Theatre this past summer, will officially open July 25 on Broadway, placing the production outside the Tony eligibility period for the current season.

Lead producer Carmen Pavlovic of Australian company Global Creatures confirmed Monday that the stage adaptation of Baz Luhrmann’s tragic romance set in decadent fin de siecle Paris will take up residence at the Al Hirschfeld Theatre, beginning previews June 28. That venue is set to be vacated April 7 by the closing of Kinky Boots, after a hit six-year run.

The principal cast of the Boston premiere will reprise their roles on Broadway, led by Karen Olivo as the famed nightspot’s star courtesan Satine, Aaron Tveit as lovesick writer Christian and Danny Burstein as duplicitous Moulin Rouge impresario Harold Zidler.

Also among the leads are Sahr Ngaujah as starving artist Toulouse-Lautrec, Tam Mutu as the predatory Duke of Monroth, Ricky Rojas as tango-dancing gigolo Santiago and Robyn Hurder as jealous showgirl Nini.

The 1,424-seat Hirschfeld, with its ornate interior architecture, promises to be a good fit for the elaborate Moulin Rouge! production, which features immersive set design by Derek McLane that spills from the stage out into the auditorium.

As with the 2001 Luhrmann movie, the show will feature new arrangements of popular music from across the decades, including numbers used in the screen version as well as more recent hits from the years since the film’s premiere. Alex Timbers directs the $28 million production, with choreography by Sonya Tayeh. The stage musical features a book by John Logan, with music supervision, orchestrations and arrangements by Justin Levine.

A special fan-only site has been established for advance ticket sales, which can be accessed by signing up for the show’s newsletter at moulinrougemusical.com. Presale will run Nov. 21-23, with MasterCard sales from Nov. 23 and general ticket sales starting Dec, 3.

Most producers tend to favor a spring opening for major shows with Tony Award aspirations. The cutoff point for eligibility this year is April 25, which means Moulin Rouge! will not be in the running for Tony consideration until 2020. But summer openings from Hairspray through Hamilton have proved that bowing outside the traditional theater-season frame of September to April can be no impediment to blockbuster box office or awards glory. 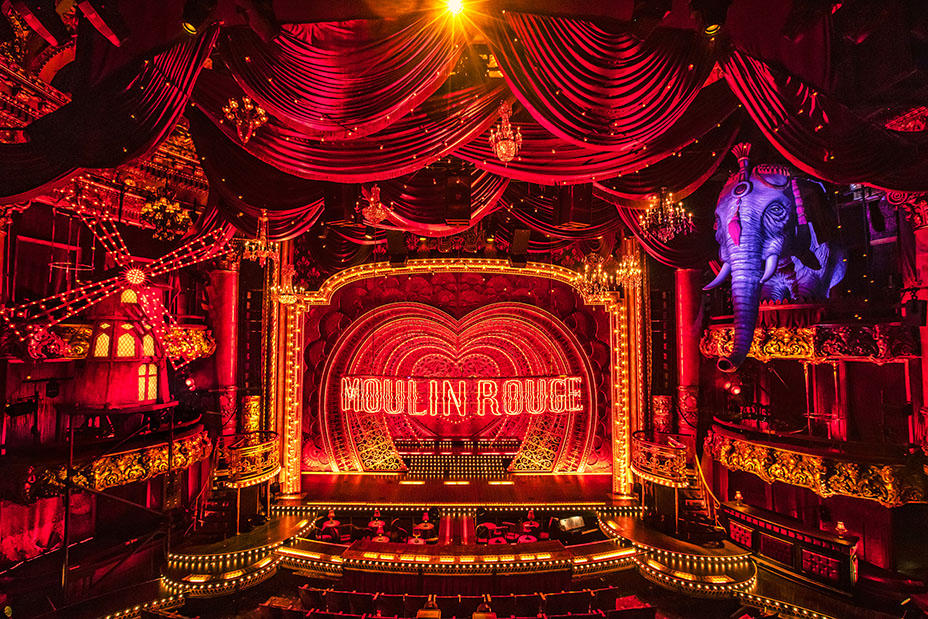