Continue to The Hollywood Reporter SKIP AD
You will be redirected back to your article in seconds
Skip to main content
April 20, 2017 2:12pm

There was no fancy red carpet and no celebrity chef, either, but the Mr. Porter Made in California party that took over a seedy Hollywood Boulevard motel on Wednesday night was still one of the most fun in recent memory.

Mr. Porter Celebrates Made In California Collection in L.A.

The luxury e-tailer gathered a who’s who of fashionable L.A. dudeness for a taco- and tequila-fueled parking lot bash in the stylishly seedy Hollywood Premiere Motel, the same budget spot where a few scenes from the 2010 film The Runaways was filmed, for movie buffs. 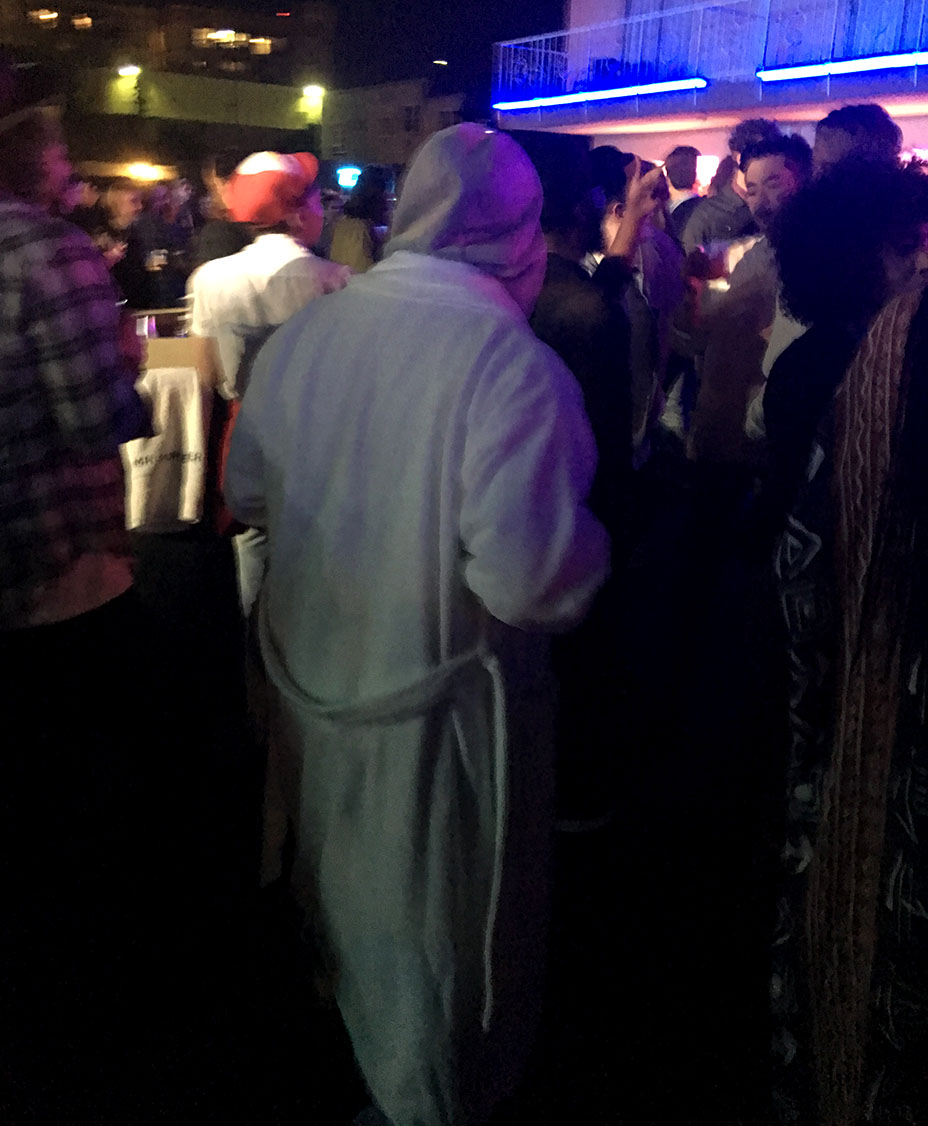 Local designers who contributed styles to the collab, including Mike Amiri (Amiri), Greg Chait (The Elder Statesman), John Moore (Outerknown), John Elliott, Daniel Corrigan and Chelsea Hanford (Simon Miller) were on the scene to celebrate the influence of the L.A. menswear market. 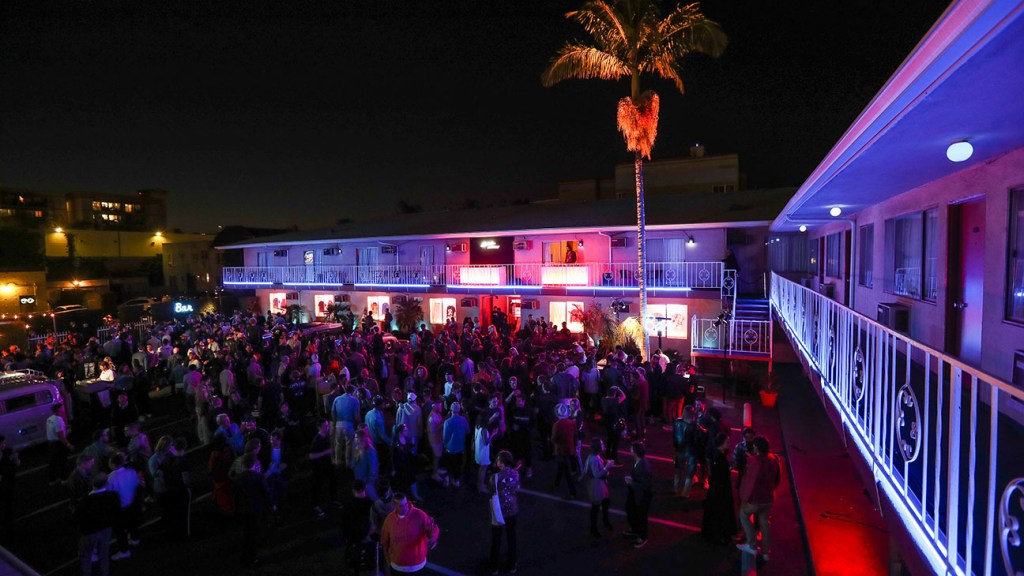 “Menswear is in a place where designers are taking a lot of risks now,” said downtown L.A.-based Amiri, who outfitted Guns N’ Roses for their last tour, and designed a $15,000, hand-embellished crystal palm tree biker jacket for the Mr. Porter capsule. Amiri was wearing his own biker jacket (sans crystals) elegantly robed over one shoulder.

Several of the motel rooms were kitted out with activities, including photo ops, video games and DIY patches. The party planning team got hold of the motel just about 24 hours before the event, and that unmistakable motel smell was still hanging thick.

But fun was had by all, with McHale and his pal, designer John Elliott, joking about the Tarantino-esque environs. “We don’t know how it happened, but when we woke up they were both dead,” McHale said, pointing to one of the hotel rooms. He and Elliott met at last year’s Council of Fashion Designers of America awards. “I didn’t win,” said Elliott, “but it’s an honor to even been nominated.” “And Anna Wintour lifted her sunglasses to look at him,” McHale added with a laugh.

Mr. Porter is also marking its time in the Golden State with California-themed editorials in its weekly online magazine,The Journal, and on its daily content hub, The Daily.