While Disney is shifting The King’s Man — the prequel in the Matthew Vaughn spy series — from Sept. 18 to Feb. 26, a high-end clothing collaboration with Mr Porter will still debut (mostly) as planned. Part of the collection debuts Sept. 9, with an edited selection now held back to coincide with the film’s 2021 release.

Co-created with The King’s Man’s costume designer Michele Clapton — a six-time Emmy Award winner (Game of Thrones, The Crown) — the 170-piece collection is the third film-to-retail collaboration with Mr Porter and the 12th season of what has become a standalone Kingsman brand on the popular menswear site. Like previous seasons, this latest collection comprises tailored menswear and accessories from British brands that include Turnbull & Asser shirting, William Lockie knitwear, George Cleverley shoes, and Lock & Co. hats.

“We all have an idea of what Kingsman is like; it’s very sophisticated, but it has a stylized sense to it,” Clapton tells The Hollywood Reporter. “It was interesting researching the period and realizing the shapes of the suits and cuts were actually really dashing. Within two or three wearings, some of the actors would say, ‘We would wear this outfit.’ That’s when it dawned on us that it could translate into a contemporary collection of clothes.” 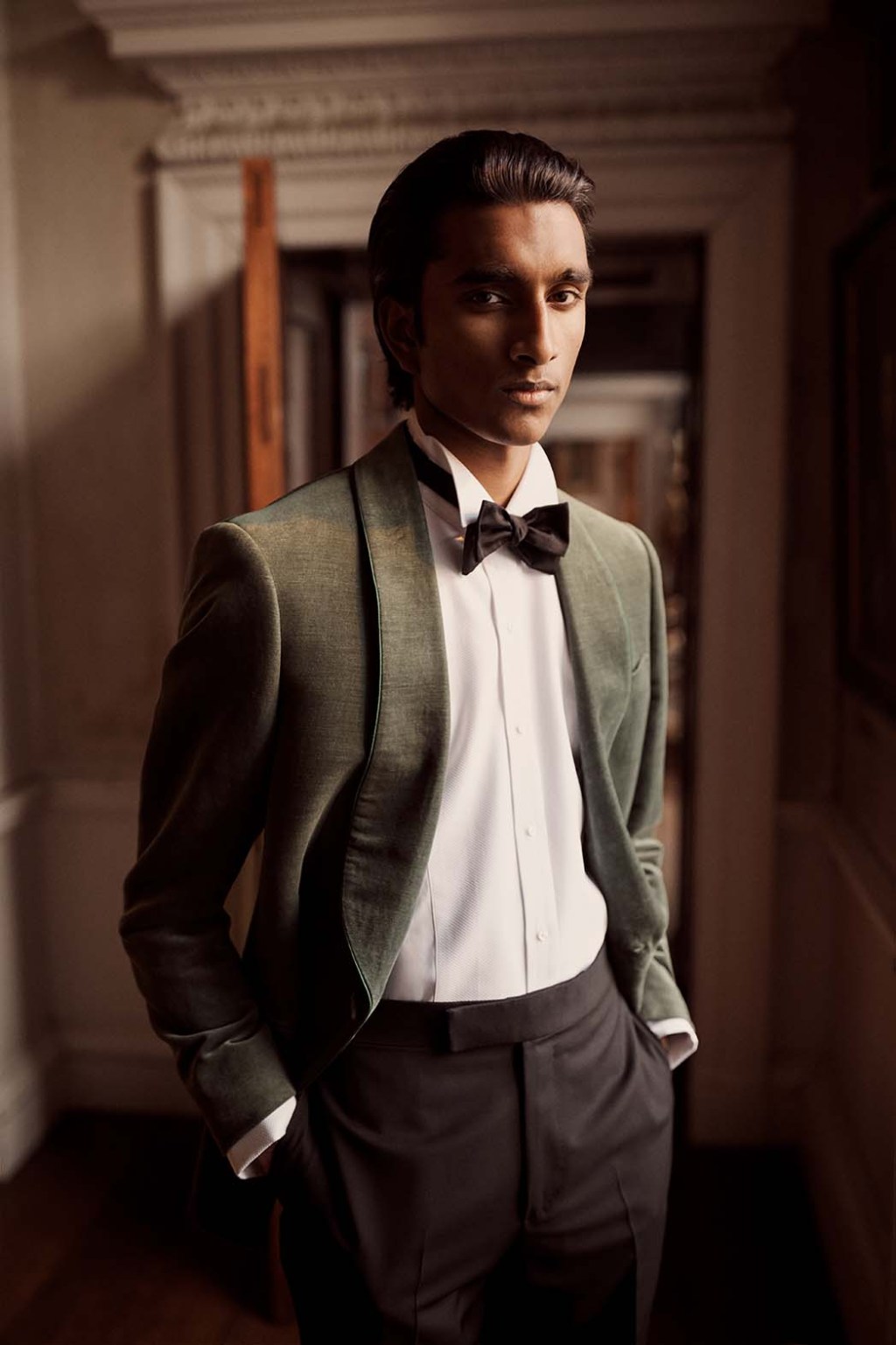 Vaughn notes that Clapton “had big shoes to fill” in replacing costume designer Arianne Phillips, who was unavailable to work on the third installment. “Arianne is a genius who embraced the costume-to-collection idea,” he says. “Michele did brilliantly, listening to my quirky ideas of how to keep it accessible, and she taught me a lot. [She is] a brilliant new member to the team.” “It’s been an amazing experience to be involved with both Arianne Phillips and Michele Clapton,” agrees Mr Porter buying director Sam Kershaw, who has worked on all three collaborations since 2013. “By the third one, we were sort of in a rhythm translating the collection you see on screen, but also making it more wearable and more commercial.”

Vaughn has been visiting Huntsman, the Savile Row tailor that inspired the fictional Kingsman tailoring firm, since he was 18 years old, among the reasons why he was happy to be so involved in the look of the costumes. “Classic tailoring is hard to beat, and I wanted to illustrate that no matter what decade you were in, if you went to Kingsman for clothing you would look great,” he says. “Kingsman really proves the point that style never goes out of fashion. We embraced the old materials and heavy weaves, which hang so much better than most modern fabrics.”

The film’s World War I-era setting indeed translates to the overall look of the collaboration, which features three-piece suits for the first time. But the heavy fabrics seen in the film were adjusted for consumer taste. “We wove them so they look exactly the same, but they are lighter than the original ones, which were so heavy they were unbelievable,” Kershaw says. “These still look very authentic, but you can wear them.” Another detail that changed was the placement of the shoulder seam on jackets. In the contemporary collection, “it doesn’t drop back quite as much. Men then were much skinnier [and] didn’t have the sort of shoulders [of men today],” says Clapton, who adds that jackets were also shortened. “They were very long at that time.”

The King’s Man features a starry cast that includes Ralph Fiennes, Harris Dickinson, Aaron Taylor-Johnson, Matthew Goode, Stanley Tucci, Tom Hollander, Daniel Brühl and Charles Dance. “Seeing Ralph dressed as the original Kingsman with all the signature looks — the pinstripe suit, tie, shirt, watch, ring, shoes — even though they are period-accurate, it still looked slick,” says Vaughn. “Ralph even preferred the cut to the modern suits, and we have made more for him personally to wear.”

Which pieces might Vaughn and Kershaw choose for themselves? Vaughn’s choices include eyewear from Cutler & Gross and a flat cap from Lock & Co., while Kershaw has his eye on a limited-edition timepiece by Jaeger-LeCoultre, an ultra-thin style that’s inspired by the watch seen in the film. “They’ve never done any kind of exclusive watch in partnership with a film, and it was really a coup for us,” he says. “In the film it’s a pocket watch that we then translated to a watch you can wear [on the wrist]. It’s almost like you are looking at a piece of paper when you look at it from the side. It’s incredible engineering, how they manage to condense it in such a very small thing.”

When Disney made the decision to delay the release of The King’s Man to 2021, Vaughn says he looked to Kershaw and Mr Porter on how they wanted to handle the collaboration’s debut. “Mr Porter are my fashion partners and experts in retail; I follow their lead on the launch strategy,” he says.

For his part, Kershaw seems unfazed by the film’s delay. “The first and majority wave of the collection will feature exquisite luxury wear for the autumn-winter season, and what you’ll see is very much a continuation of our ongoing development of the Kingsman brand, as is the case between each film,” he says. “This time around, however, we are thrilled to be offering the collection for a more considered and enduring window, through to our final drop in February 2021.” 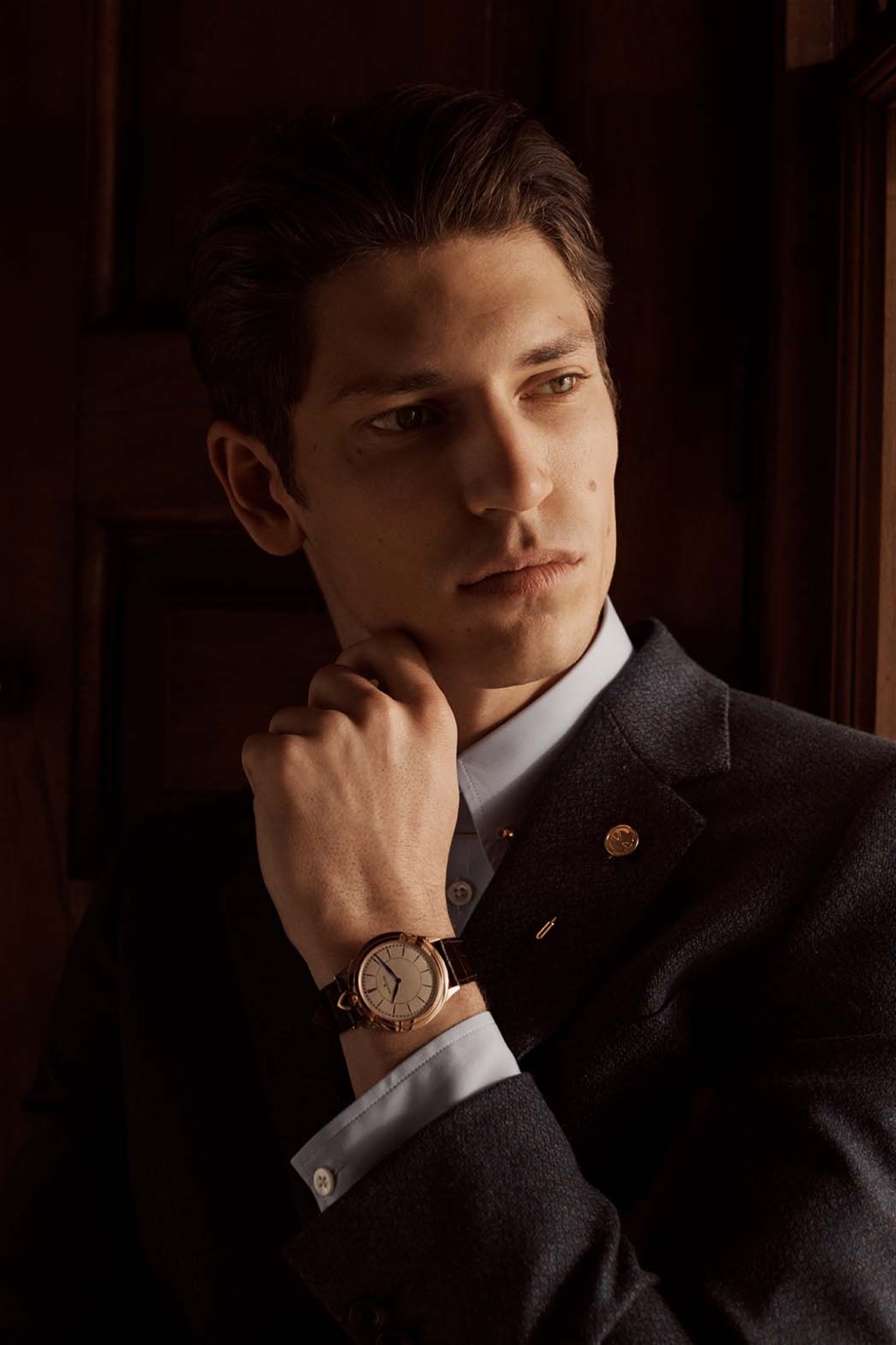