He has a famous face, a long list of credits from the stage to the screen, loads of trophies (including a Tony), a teenage son, a history of activism and a deep love for his longtime home of New York City. But something BD Wong never had until now? An Emmy nomination. Wong, 56, scored a guest actor nom for a role on USA’s moody and often mind-bending Mr. Robot. There’s barely enough space here to describe just who Wong plays in the world Sam Esmail created, and he knows it may be even harder to figure out for Emmy voters who haven’t binged these past two seasons. (Here’s help: His lyrical portrait of whiterose, the transgender leader of the notorious Dark Army, a hacker collective based in China, has drawn raves from audiences and critics alike.) “This is how I know I’m not going to win,” laughs Wong. “This character is so weird. It’s impossible to understand what the overall sum total effect of the character is by watching one episode. To choose one feels compromised, but I’ve given up whining about it because it’s just too fun to play her.”

How does it feel to be nominated after being on TV for so long?

My first instinct is to suppress the joy of it all. It’s been a long time for me, slugging it out. It really does mean something, but it’s a little conflicted. Here I am being so neurotic about it. I want to question the process: Why are we doing this? Does anybody care? That’s something I have to deal with, but I also have never denied that I will always be a boy who lives to please his mom. My mom is thrilled, and that makes me happy.

You’ve been recognized for playing a woman before. How have you changed as an actor since M. Butterfly?

The only thing that is the same is that I think I know everything, and I don’t know everything. When I was 28, I really thought I knew everything. I read the role thinking that nobody could do it the way that I can. I had strong, confident, entitled feelings. I had them because I had great teachers. I also had a real affinity for the ideas of the author, David Henry Hwang. I had never read a play that I had related to so strongly. I really invested in it deeply, and yet there was a whole clueless side to me.

My work has become less applied and less calculated. … As the years have gone by, I have observed myself more. That’s the gift of being a TV and film actor. You can watch yourself. That was a concept that was foreign to me when I was really young as a creature of theater. Here was this medium I could sit down and watch and say, “That’s bullshit,” or “I would do that differently.” Now, though, I like to think I’m growing much more spontaneously.

What has not been so easy [with Mr. Robot] was playing someone who has such an intense amount of mystery written into it. So little was known about this person [when I signed on] that I had nothing to go on. I had to spend a lot of time grilling Sam and the other writers for as much detail as I could get. Even to this day, heading into the third season, there aren’t a lot of details. That’s beautiful and scary. I consider myself a messenger of Sam’s work, and I want to get it right. I don’t want to make my own choices and find out later, oh shit, that’s not what he meant. 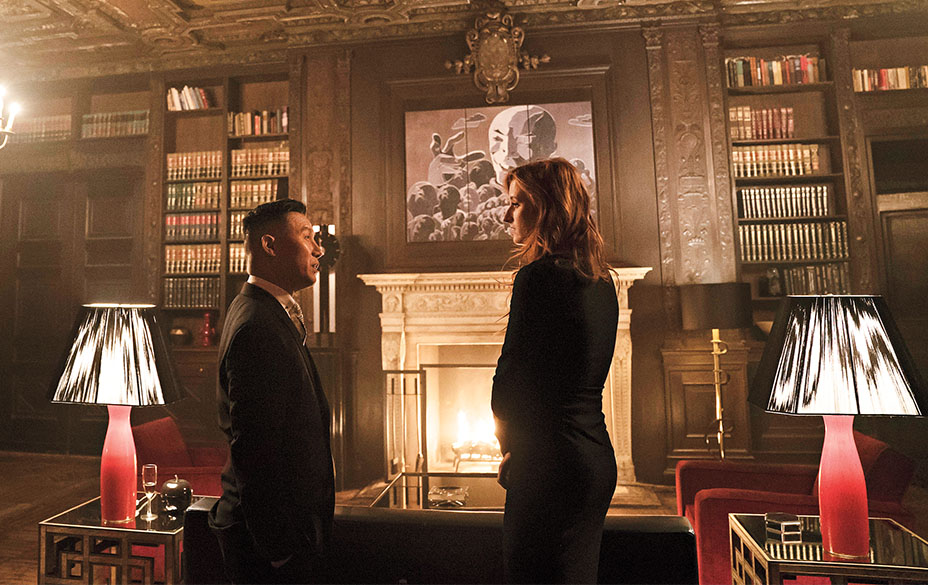 There’s only been one moment of conflict, and even saying conflict, that’s a very strong word. I never argue with him. He’s the most gentle and nurturing director. Sam asked me to play something a certain way, and as hard as I tried to do it, I just couldn’t. One of the most amazing experiences is that he really let me burn a lot of data to try to get this thing he wanted me to do — it was just an emotional thing in a scene — and I didn’t realize until after it was over, and after I failed so miserably, that I disagreed. My body’s and brain’s and emotional mechanisms’ inability to perform in the way he wanted me to do, I’ve never had an experience like that.

What does this character say about LGBT representation on TV?

I don’t really know if it does that. First of all, every trans character on television creates a dialogue about trans people, which is super valuable. We need to get people with the program about what trans people even fucking are. Those of us who embrace trans people, like myself, forget that it doesn’t come easily for people. Here is a character that, for all intents and purposes — there is a poetry of Sam’s utilization of this character as trans — is rather symbolic. What I mean is that he really wants to discuss in a big way on the show the power dynamics associated with gender. There’s a great challenge in being a powerful woman in a powerful white man’s world. I think that it’s part of his choice to make her a person who needs to be gender fluid to get what she wants. There’s a lot of things we can discus that are connected to it. There’s also the casting of me in this part, which is not cool to trans people. Like Asians, trans actors don’t get a lot of opportunities. There are arguably mitigating factors in this particular role because there is gender fluidity and she has to interface as a man and as a woman.

Is there a side of whiterose that you enjoy playing more?

That’s a really good question. I am really lucky to have such a three-dimensional character. That’s been a beef of mine playing supporting characters over the years. Sometimes I have felt in my previous work that I’m doing the same thing every week. It’s never about the person or who they are. This is one profoundly noteworthy moment when I don’t feel that way. I love everything about her, her conflict and what she’s trying to do. She’s willing to do a lot of things to achieve what she calls “a greater good.” We don’t know what that is yet, but the things she is willing to do are pretty dark. This isn’t a typical villainess.

Is there a performance from one of your co-stars that you love?

Stephanie Corneliussen. She’s incredibly good on the show, and I’m so into her performance. I loved watching her. The bar is super high on the show, so that is saying a lot. As an audience member — I’m separating myself from this — it’s a really well-acted show. It starts from the top down with Rami [Malek]. Everyone pulls their weight. It makes you feel like you have to be on your toes. I do way more rehearsing for this show than any other project I’ve worked on.