Minaj opened the show with a commanding, pyrotechnic-accompanied run through “Good Form” before British pop group Little Mix joined her onstage to perform the band’s new single “Woman Like Me,” which features a guest spot from the rapper.

Minaj also took home awards for best hip-hop and best look at the 25th MTV EMAs, which were held at Bilbao Exhibition Centre in Spain. “I want to thank all my fans around the world,” said the rapper upon receiving the best hip-hop title.

Cabello, who did not perform at the awards show but was present in Bilbao, won four awards, including best artist, best song and best video for “Havana” featuring Young Thug.

Ariana Grande — the second-most-nominated artist going into the night, behind Cabello — didn’t take home a win in any of her five categories.

Hosting the event was Oscar-nominated actress and singer Steinfeld, whose charisma and stage presence made her one of the more accomplished presenters in recent EMA history, helped by a noticeable decrease in the type of lame skits that are normally a standard feature of EMA shows.

One sketch that did hit the mark was an opening heist sketch that saw Steinfeld raid an art gallery (clearly inspired by Bilbao’s world-famous Guggenheim Museum) and culminated in Panic! at the Disco’s Brendon Urie climbing down the venue walls and emerging through the ceiling to perform “High Hopes” alongside his bandmates, which he also performed at the 2018 MTV VMAs back in August. 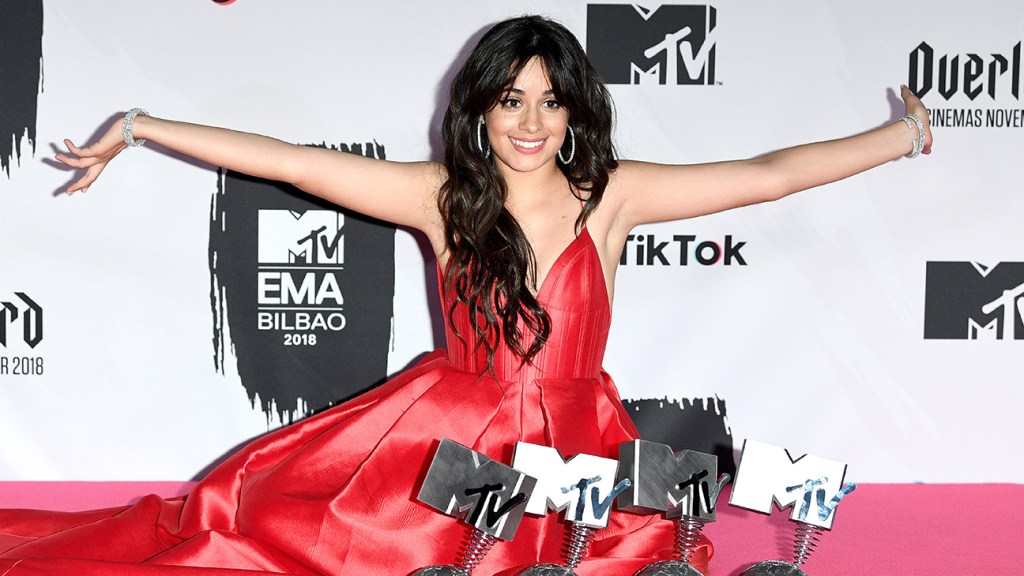 Later in the show, Steinfeld gave a strong plug for her upcoming role in Transformers spinoff Bumblebee by singing her new track “Back to Life” from inside a giant human “vehicle” created by more than 20 dancers.

“I stand with you. You are my sisters,” she went on to say, calling for women to speak out for justice and the “spirit that crosses all borders, recognizes the dignity of all people and affirms the beauty of all faiths.”

“Speak out for acts of true charity, small and large,” she continued. “Speak out for an all-embracing love because it’s love that will heal our wounds.”

If Jackson’s performance represented fire, Halsey’s was all about water: The singer passionately belted out “Without Me” while chained to a stake in the ground as rain fell around her.

U.S. pop-rap duo Jack & Jack soared high above the crowd on wires during their performance of “Rise” before crash-landing into a living room set where they were joined by dozens of dancers.

As the event drew to a close, Minaj returned to the stage to join Jason Derulo and David Guetta for an energetic run through their collaboration “Goodbye.”

The show ended with two songs by best electronic winner Marshmello, beginning with “FRIENDS” alongside Anne-Marie. Bastille then joined the DJ and Anne-Marie for the rousing “Happier,” accompanied by giant inflatable Marshmello heads and exploding confetti canons. 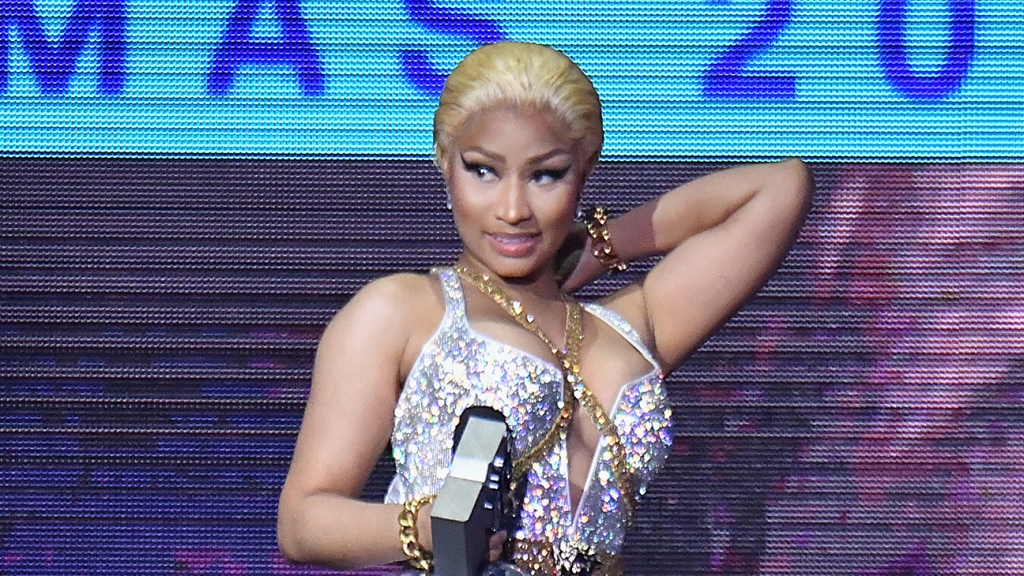