When Charles D. King was a Howard University law student, a friend gave him a copy of businessman Reginald Lewis’ memoir Why Should White Guys Have All the Fun? Years later, that book sits on King’s desk at the Hollywood headquarters of his multicultural media company MACRO, serving as a reminder of what his career has been building toward.

King, 47, spent more than 15 years at WME, working his way up from the mailroom to become the agency’s first black partner and along the way representing such clients as Tyler Perry, Ryan Coogler and Janelle Monae. King left the agency in 2015 to start MACRO with eight figures in funding from Emerson Collective, the socially minded investment vehicle of Laurene Powell Jobs, Steve Jobs’ widow, among others. The company has a mandate to find and develop stories from diverse voices that serve its core audiences and travel globally on all platforms.

As the push for inclusion in television and film has become an industry rallying cry, the appetite for MACRO’s multicultural stories has heated up. Fences, a family drama directed by Denzel Washington that MACRO co-financed, is the company’s first major studio release (Paramount, Dec. 25) amid plans to both finance and produce as many as four movies a year. MACRO also has lined up Pariah director Dee Rees’ next film, Mudbound; Washington’s project Inner City; and a musical from Dear White People‘s Justin Simien. That’s in addition to a handful of TV and digital projects, including Boyle Heights-set dramedy Gente-Fied, created by newcomer Marvin Lemus with executive producer America Ferrera. “If you look at the landscape of where media and entertainment are going, I can’t even imagine how you would start a company and not be in the shorter-form, digital content arena,” says King, father to sons Noah, 9, and Julian, 7, with his wife of 16 years, Stacey. He invited THR to the 10-person MACRO offices to discuss how Hollywood can fix the #OscarsSoWhite problem, building a business and how his kids are pushing him to invest in virtual reality.

How did you become involved in Fences?

I had been tracking Fences and had seen the play on Broadway back when Denzel and Viola [Davis] were part of it and Kenny Leon was the director. I knew it was in development at Paramount, and so toward the end of last year, I touched base with the producers and expressed interest. We came on board earlier this year to executive produce and co-finance.

What’s the strategy behind the first slate of films you’re doing?

The universality of the storytelling will resonate with our core audiences as well as a much larger audience, and they’ll see the sophistication of the filmmaking and the storytelling. They’ll see thought-provoking material that will create conversation and inspire people.

What’s been the advantage for you in starting MACRO?

It’s easier as an independent company. We don’t have an output deal with one studio. There is a lot of freedom in that. We are able to develop the stories that we’re excited about and work with the creators and the producers that we’re passionate about working with. We’re not curating a slate for a particular buyer.

You mention wanting to reach a global audience, but the thinking often is that films with diverse casting are a tougher sell overseas.

One of my goals while I am still in the industry is to dispel this notion that movies that have people of color in them, that they won’t work. Because it’s just not true. I saw it firsthand with so many of the artists that I worked with over the years, who when they travel internationally, they’re mobbed and could not be more embraced around the world. 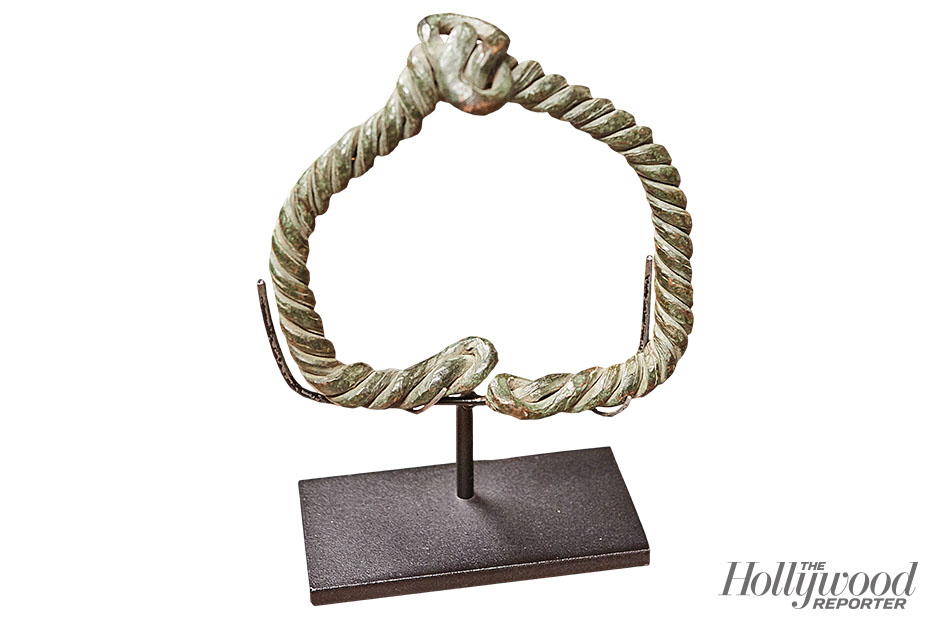 Give us an example of what works.

A movie like [2013’s] 12 Years a Slave made more money overseas than it did domestically. Just like the sea change we’re experiencing with all the distributors — the disruption that’s happening in the new digital landscape — the same thing is going to happen internationally.

After #OscarsSoWhite last year, there are now several awards contenders with black leads. How is the industry doing on diversity?

It’s incredibly exciting. But one of the things we need to ensure is that this isn’t just a moment. That this will be part of the norm, that there will be sophisticated, multilayered, multidimensional movies that represent the spectrum of all our communities and will be both commercially successful as well as part of the critically acclaimed conversations. A movie like Moonlight is brilliant, and I’m also excited to see the movie over at Fox 2000 with my girl Janelle Monae and Taraji Henson, Hidden Figures. But I’m just as excited to see Manchester by the Sea. 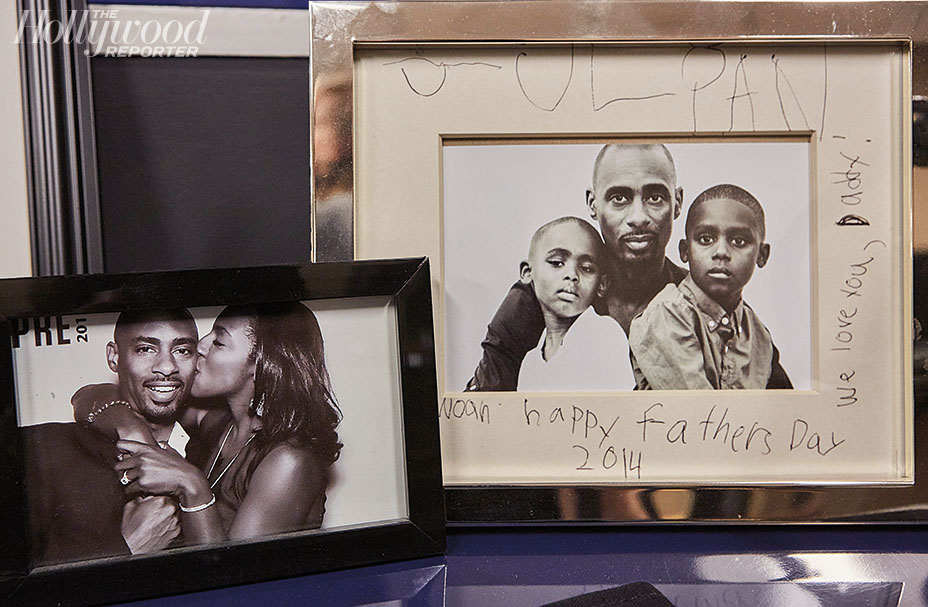 The Academy argues that it merely responds to the movies being made. How can Hollywood resolve this tension?

I look at #OscarsSoWhite as really being symbolic of the industry as a whole. Members of the Academy are a reflection of the greater industry. If we were to shine a light on every studio, every financier, all decision-makers, that reflection might even look worse, frankly, than the Academy.

Has the success of diverse projects on TV had an impact on film?

I can’t speak for the entire industry, but it seems right now film has been a little slower to change. But television cycles move much faster. Think how long it takes just to take a script from development to actually producing it and then having it come out in theaters. I do believe that there are definitely smart people at many of the studios who are beginning to pay attention and making those steps, but television is definitely far in front of it right now. 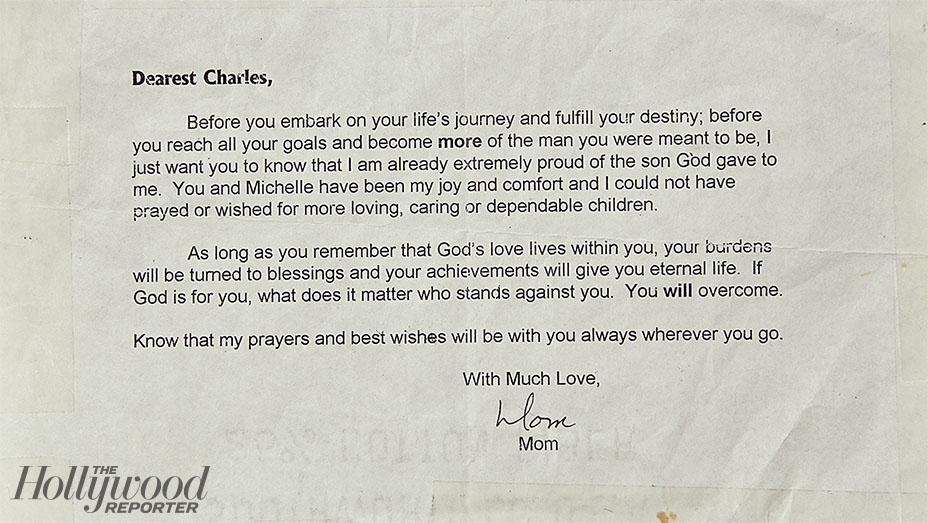 At WME, you worked with filmmakers like Coogler who have gone on to more commercial projects. How can they keep their edge?

When you’re doing a huge Marvel franchise, bring the uniqueness of your voice and make sure it’s at the center. I have no idea what Ryan Coogler is going to do, but Black Panther will be game-changing and transformative. He grew up reading Black Panther and knows everything about those characters.

What about Nate Parker? Can Fox Searchlight salvage The Birth of a Nation in the awards race?

It’s hard at this point with what’s happened. We’re three, four weeks after the movie has been released. It was an unfortunate confluence of things that came together all at one time. I thought it was tragic on so many fronts, about the young lady who had committed suicide. Also the story of Nat Turner, I think, was an important story for kids in schools who are not familiar with the historical perspective, many of whom unfortunately probably didn’t see the movie or may not see the film now.

Is digital more receptive to stories from diverse voices?

The barriers to access are not there. My former client Justin Simien went out and shot the trailer for Dear White People, put it out virally and then did an Indiegogo campaign. Then we had studios and financiers who were interested in making that movie. There are so many outlets now for smart young storytellers. They don’t have to go to an agency, they don’t have to go to a studio, and they don’t have to go to a traditional TV network in order for their voice to be heard and seen. Then those places, they come calling. That’s what happened even with Gente-Fied. From the trailer, all the agencies were chasing and interested in representing that talented filmmaker. But he was able to come to a company that could provide him access to capital and say, “Let’s go shoot it.” We did, and it showcases his voice.

How do you think the consolidation of AT&T and Time Warner will impact this business?

When the merger was announced, I literally was on a flight with an HBO executive that I won’t name. We were having a spirited conversation about the space and I said it’s just a matter of time before you see one of the major tech companies actually come in and acquire one of the studios. Now, I wouldn’t necessarily throw AT&T into that tech arena but it’s complementary. We’ll continue to see more consolidation happen, and as that happens, there will be other players, like MACRO, that will thrive and find their place in the market.

You were one of Lin-Manuel Miranda’s film agents at WME. What can the film industry take away from the success of Hamilton?

Turning a lens on these new, fresh voices coming out of communities that bring a fresh perspective to a place like Broadway, that was game-changing. I think as we see more things like that, there will be opportunities not only for film and television studios and production companies but for those unique voices to come back into some of the traditional side of our business.

What have you learned from your sons about how young people are consuming content?

I’m glad you asked. My wife asked them, “What can we get Dad for his birthday?” and Noah, my oldest, is so clued in to what’s going on in the industry, he’s like, “I know what, we’re gonna get him some VR glasses.” We are absolutely looking at that space. 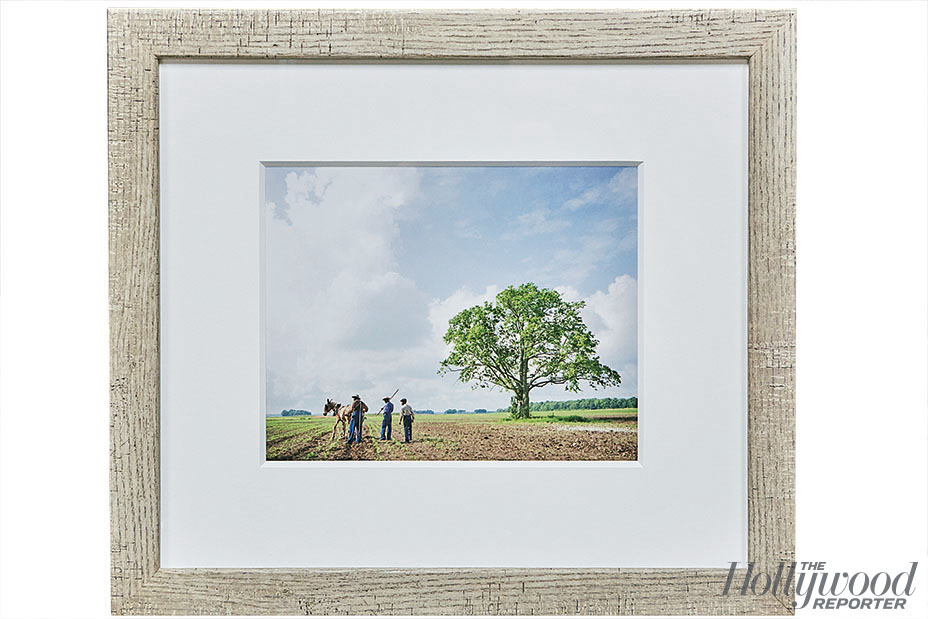 SUCCESS OUTSIDE THE AGENCIES
Like CAA agent Ron Meyer and his move to run Universal, other sharks have had hits as execs and producers (with and without their former clients)

Howard Cohen   (Roadside Attractions)
Cohen co-founded the distributor behind this fall’s Manchester by the Sea in 2003 after years at UTA.

Greg Lipstone (All3Media)
He ran ICM’s alternative department before a 2015 jump to All3Media, one of the agency’s largest reality clients with such shows as Undercover Boss.

Paula Wagner (Chestnut Ridge Prods.)
After 15 years with CAA — with clients Tom Cruise and Sean Penn — she co-founded Cruise/Wagner Productions and now is producing Reginald Hudlin’s Marshall through her own shingle.