Two of the stars of the this year’s Pirelli Calendar — an institution that is often considered an honor and a turning point in many models’ careers, from Naomi Campbell and Kate Moss to Gigi Hadid — initially turned it down.

“I didn’t know what the Pirelli calendar was,” said Thando Hopa, a South African lawyer-turned-model who only learned about the esteemed calendar through a quick Google search. Her reaction? “I said, ‘Oh… this is an interesting calendar…'”

Paige and Clare V. Team Up for Handbag Collab

With a little coaxing and explanation of the vision for the 2018 edition — an all-black cast reimagined as the characters from Lewis Carroll’s Alice in Wonderland — Hopa, as well as women’s rights activist Jaha Dukureh, who works in villages in Africa to eradicate female genital mutilation, changed their minds. The women then found themselves cast among heavy hitters like Whoopi Goldberg, Diddy, Naomi Campbell, Lupita Nyong’o, Ru Paul and Lil Yachty.

“I try to work on projects that are responsible, and give life to the fact that what you do on a public platform has influence” explained Hopa, who is albino and often felt underrepresented in the media as a child, of her turning point. “When we realized that this was the telling of Alice and it was basically focused on representation and accessibility to all of these messages when it comes to storytelling, I felt like it was impact driven, and then I really got excited.” 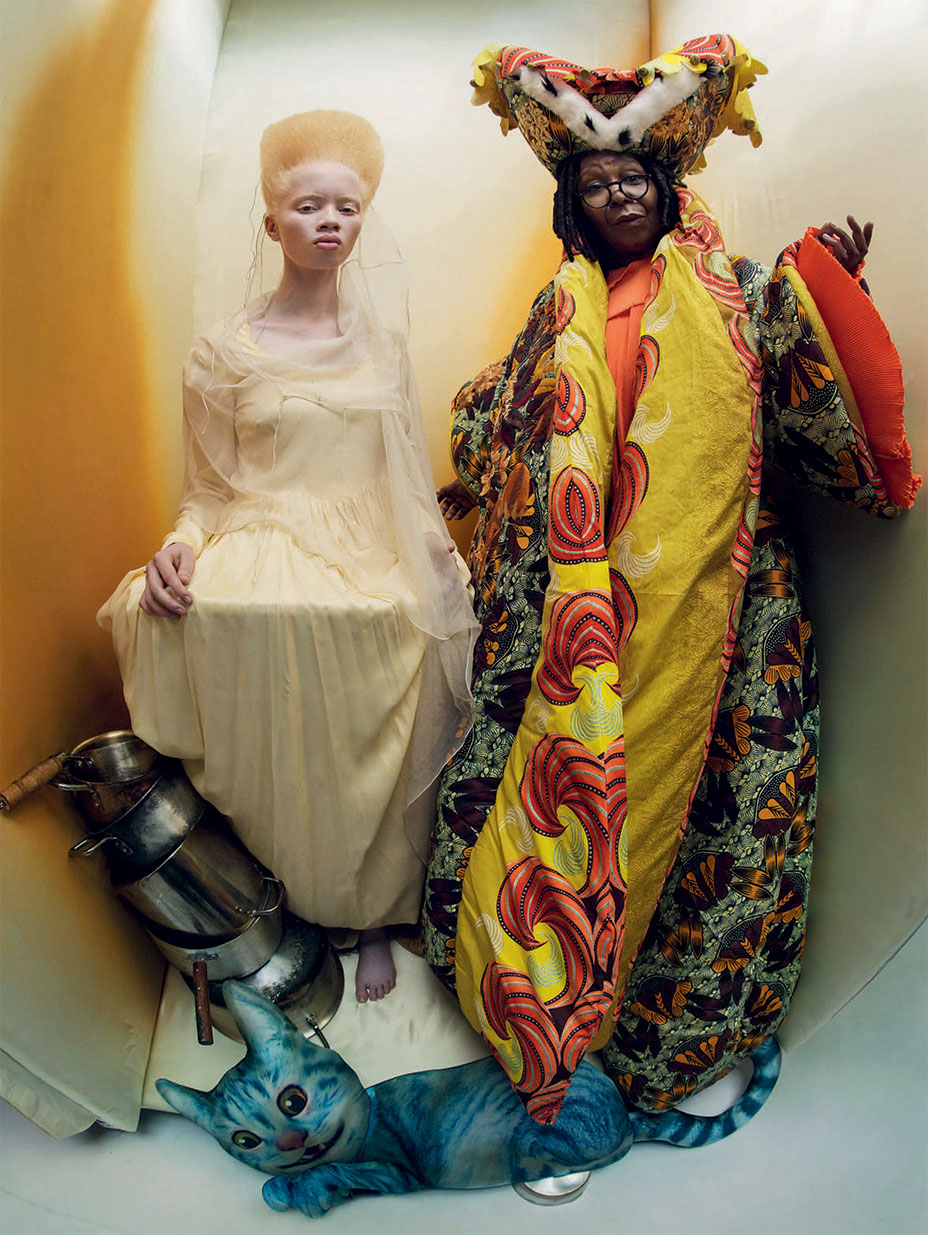 The calendar, for the uninitiated, has been in production for a total of 45 years and is available in extremely limited production; it cannot be purchased, and is only gifted to a handful of executives and celebrities each year. Throughout its history, the calendar’s themes have widely changed with the times, acting as a barometer of pop culture trends.

However, the most provocative images are the ones that get the most attention outside the industry (think: Gigi Hadid in a latex leotard, legs splayed) — hence Hopa and Dukureh’s initial hesitation. (Yes, Pirelli sells tires, but the company has zero input on the creative execution, and there has yet to be any kind of auto-themed edition.)

In recent years, the calendar has taken a more minimalist approach, with Annie Leibovitz and Peter Lindbergh among the photographers called in to photograph Hollywood subjects like Tavi Genvinson, Amy Schumer, Nicole Kidman and Julianne Moore in their dramatic portrait style.

For his first Pirelli calendar shoot, however, Walker did an about-turn from Leibovitz’s and Lindbergh’s pared-back, black-and-white studio portraits, bringing his signature sense of romance and elaborate storytelling style to the London in the spring of this year. “You can’t tell Alice in Wonderland in a way that it’s already been told,” said Walker. “You just can’t.” With the help of Shona Heath, the British set designer responsible for the fantastic world which the characters inhabit, and British Vogue’s new editor-in-chief, Edward Enninful, acting as stylist, the team succeeded in bringing a new vision of Alice to life.

Duckie Thot, a rising Australian-Sudanese model who recently appeared in Rihanna’s Fenty Beauty campaign, was cast as Alice, and the newcomer’s performance was widely praised by Walker, Campbell and Enninful. “I struggled a lot growing up with the way I looked,” she said of fitting in. “I didn’t know where my place was… To be given the opportunity to be myself and not anyone else — to be Duckie — and to be voice and a beacon and all of that good stuff that is needed, has been a blessing to me.” 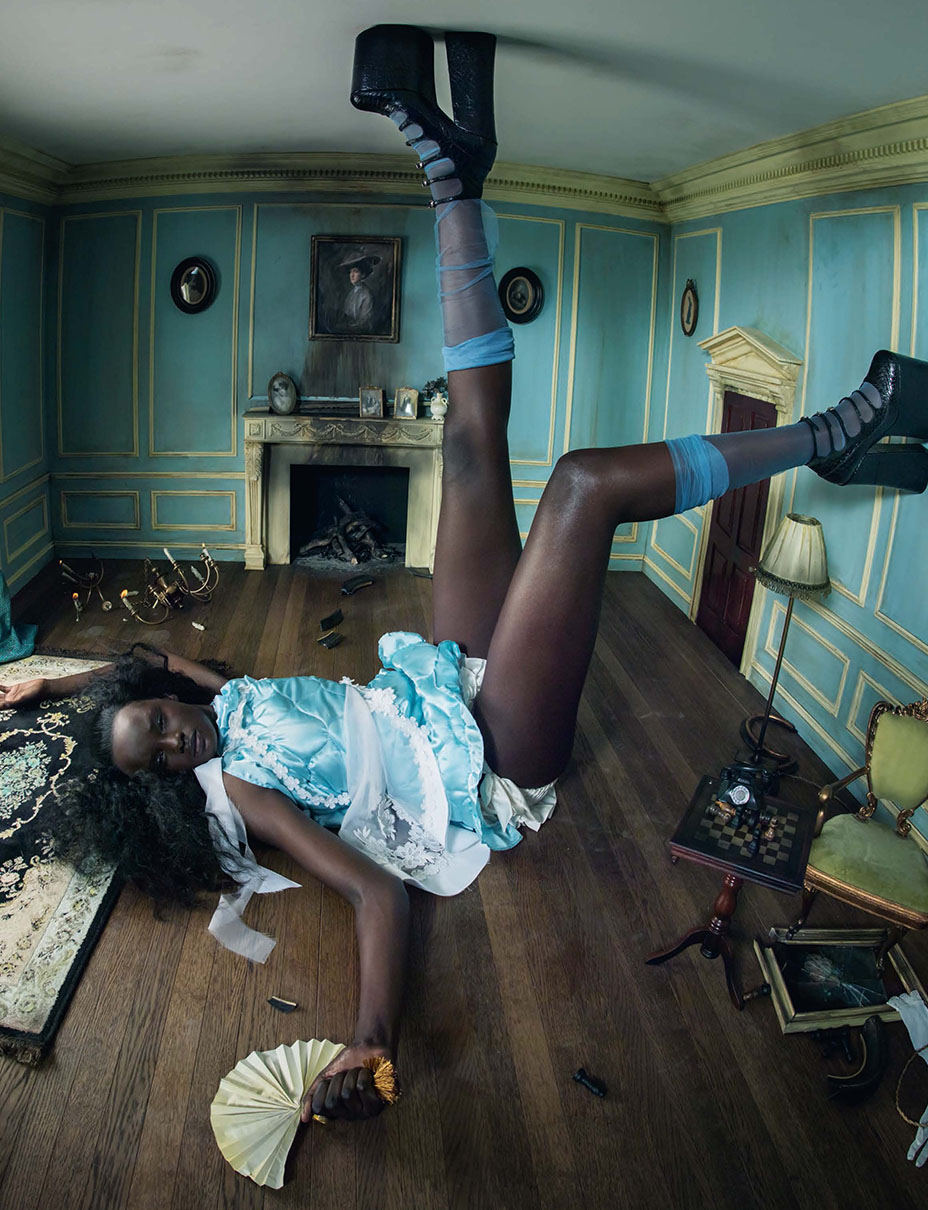 While Campbell acknowledged the role of the calendar in challenging norms, she refused to see the project as one that is inherently political, especially in today’s aggressively divided climate. “I don’t see why [it could be perceived as political],” she shot at a reporter during the calendar’s unveiling in New York on Wednesday. “It’s a fantasy story. If you want to think that [it’s political], that’s in your mind. But to me, this is a fantasy story that can be interpreted in so many ways, and this is the way we choose to interpret it today in 2018.” She continued, “You can speak without being on a side of a political divide.”

This is the model’s fourth Pirelli calendar, and is also her second as a member of an all-black cast; at 16, she was photographed by Terence Donovan alongside model, writer and activist Waris Dirie. The culture’s attitude toward diversity, she noted, has changed for the better since that time. “It cannot be denied anymore,” she said, noting that this was “not a trend.” “It’s a really exciting time — and I don’t really use that word often — but I’m so looking forward to what 2018’s going to bring.”

While the 2018 Pirelli Calendar is a beacon of representation, standing in defiance of society’s expectation that white is the default, it also presents a lovely and colorful fantasy world — perhaps a bit of an escape. But unlike Disney’s interpretation, Walker’s story acknowledges the darkness of the original.

“Children can really see and feel the darkness in things just as much as the lightness,” he said. “And that’s something that Lewis Carroll completely got, and maybe that’s why it resonates so much.” 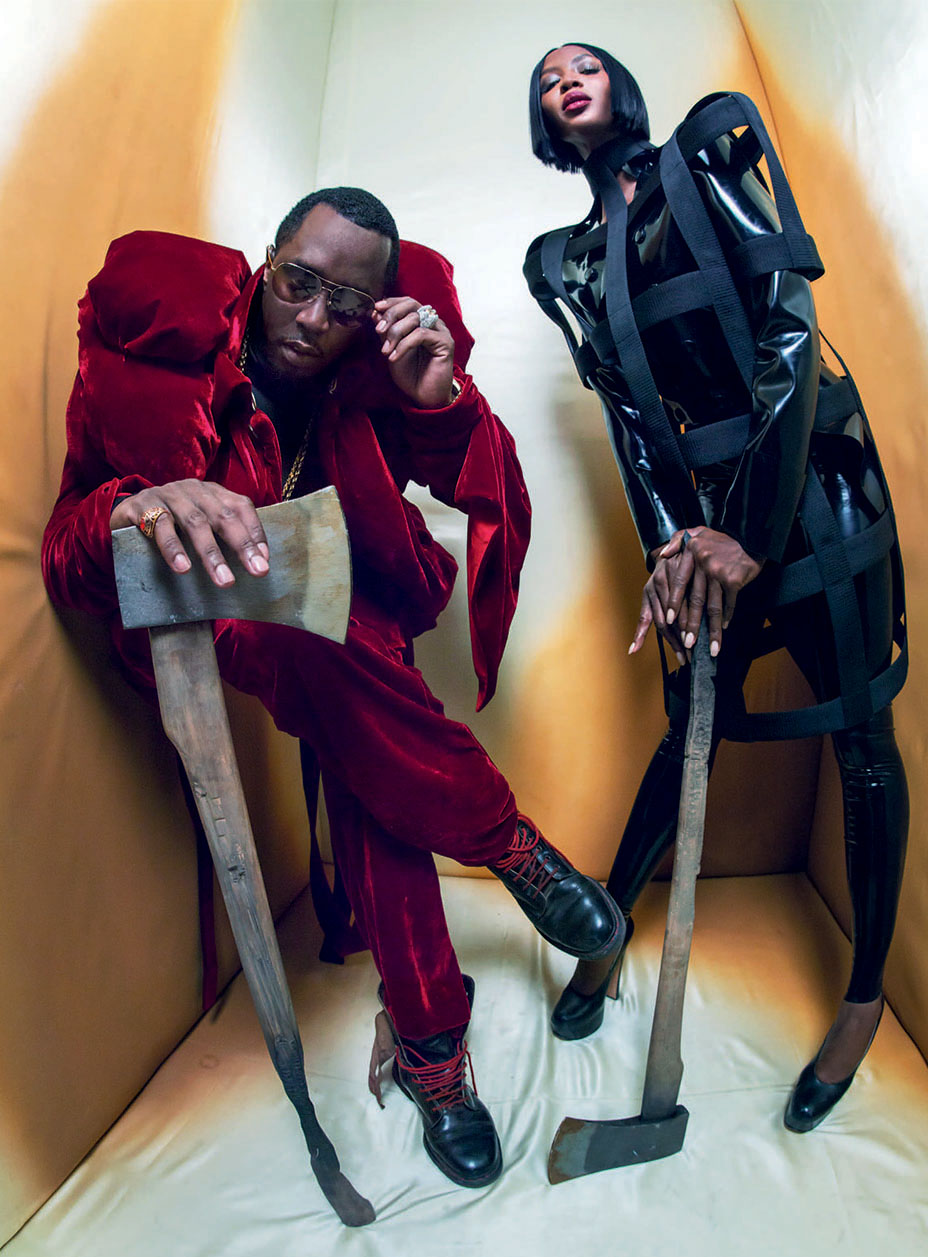