A great recipe for a country song involves family drama, heartbreak and loss — and, as Nashville creator Callie Khouri will tell you, they’re perfect for a country music drama series, too. On June 15, her prime-time soap — which is set and filmed in Tennessee’s capital — will air its 100th episode, a rare and impressive TV milestone. The road to 100 wasn’t without speed bumps — among them a surprise cancellation after four seasons on ABC. But the Lionsgate-produced series, starring Connie Britton and Hayden Panettiere as country music stars, quickly was resurrected by CMT and Hulu, a move that coincided with the arrival of new showrunners — thirtysomething‘s Marshall Herskovitz and Edward Zwick — and was followed by the departure of Britton, whose character was killed off in the season-five episode “If Tomorrow Never Comes.”

Despite Britton’s exit, Nashville has been a shot in the arm for Viacom-owned CMT — it’s the network’s highest-rated and most watched show ever. Total day ratings are up nearly 20 percent among viewers 18-to-49 and up 25 percent among women in that all-important age group.

While in Music City to direct an episode, Khouri spoke with THR about creating the show, Britton’s teary goodbye and where the series goes from here.

How did you find the show’s tone?

We wanted it to be as real as we could make it and still have it be exciting enough for ABC. Finding that balance was always a challenge — making sure we were dealing in drama and not just the melodrama. There were a lot of Shonda Rhimes shows on ABC then, and that was very much the direction they were heading [with Nashville]. We tried to strike a balance in what satisfied us and them, but it’s easy when you’re doing a network show to go too far. We tried to walk right up to the line and then pull it back a little bit. We still managed to have people falling off buildings. 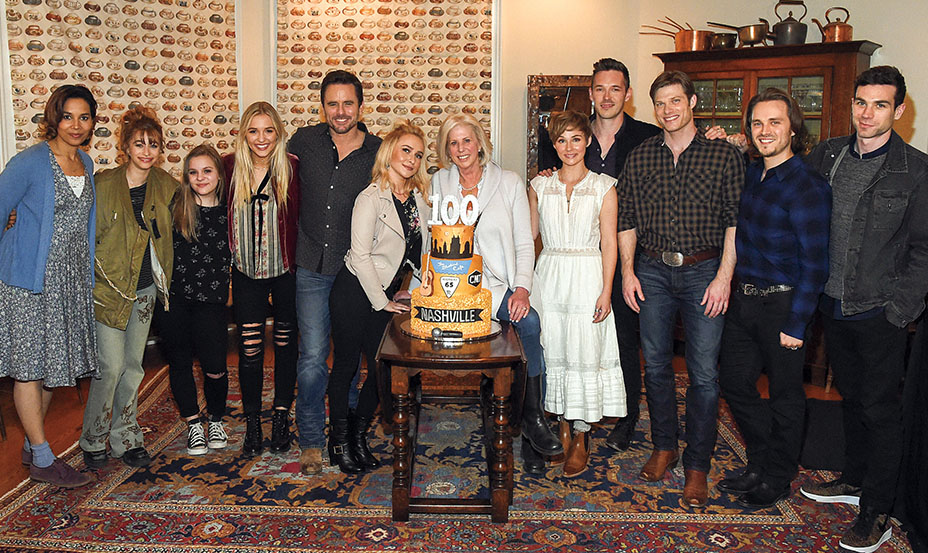 What did you push for the hardest?

The one thing we always resisted was having it be a real catfight situation with Rayna [Britton] and Juliette [Panettiere] because that’s just not a positive story for women. I was fine to have them in competition — but because they came from different places creatively and not just because women don’t like each other.

When did Britton first approach you about leaving?

She had been talking about it a lot in season four. She had opportunities and wanted to start exploring them. When Marshall and Ed came on, she talked about it with them. It was not easy to let that happen, but you don’t want to hold anybody hostage, either.

How did you present the news to Hulu and CMT and reassure the execs there?

We all felt like we could do something incredibly dramatic and emotional. Death is a real part of life, and it’s certainly not out of the Nashville world to have people meet their untimely ends.

You directed Britton’s final episode. What was that like?

Oh, everybody cried. At one point, I took a picture of a trash can overflowing with Kleenex. It was tougher than any of us realized.

How long could Nashville go?

There are always new characters and stories to tell. Everybody in [Nashville], as far-fetched as we’ve been, says, “Oh, boy, you haven’t even scratched the surface.” 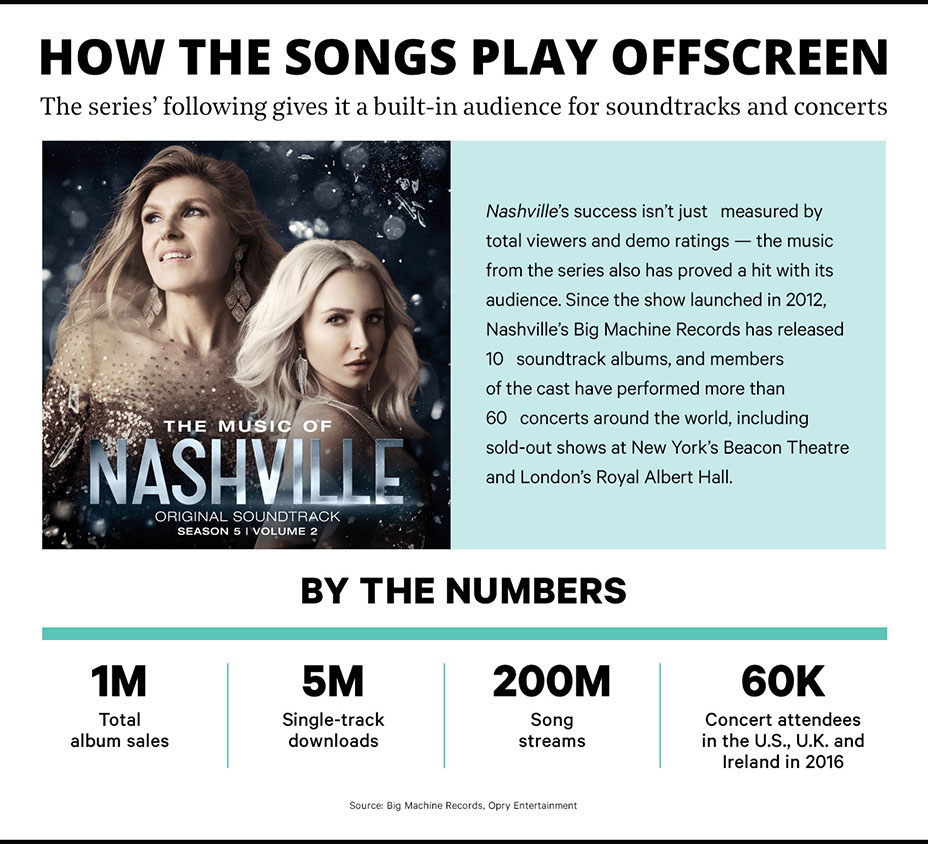