Amanda Brinkman was watching the final presidential debate in October when Donald Trump called Hillary Clinton a “nasty woman.” As a spur-of-the-moment idea, she mocked up a “Nasty Woman” T-shirt and threw it on the website she’d been using to practice her newly acquired graphic design skills.

When she woke up the next morning, she had nearly 10,000 orders for the shirt and called Shopify to report a glitch in their system. Turns out it wasn’t a glitch. Fast forward to June 2017 and Brinkman has raised more than $130,000 for Planned Parenthood with proceeds from the shirt, which has been worn by the likes of Katy Perry and Will Ferrell.

This week, Brinkman expanded her website to include a host of other feminist-leaning designers. Her website’s domain name is Google Ghost, which she initially chose as a kind of joke, having never expected it to become a full-fledged business. She will be announcing a new name for the platform in the next few months.

“After the shirt initially went viral, I really wanted to think about different ways to sustain it,” Brinkman tells Pret-a-Reporter. “I really wasn’t interested in going for the low-hanging fruit of turning the Nasty Woman heart logo into baby clothes or putting it all over every kind of product imaginable.”

Before designing the T-shirts, Brinkman was one of the founders of New Orleans-based contemporary art nonprofit Pelican Bomb. Both before and especially after the election, Brinkman was contacted by people seeking advice on how to get politically active. So after the election, she and her Pelican Bomb partner Cameron Shaw created an 18-month desk planner offering self-care tips and dates to know, bios and quotes from feminists (the calendar starts on Trump’s inauguration day, Jan. 20, 2017.) “The hope was to meet people where they were at on their political journey and not shame anyone for not knowing enough,” Brinkman said. “It was really important for us to make it a really inclusive, fun product.”

Now Brinkman is looking to highlight feminist clothing designers. She doesn’t appreciate “big box retailers” who she thinks sometimes “capitalize on feminism” in order to “make a quick buck.” She prefers to tell the stories of people who are feminists themselves, making products as artists and designers. All of the products on her site at the moment contribute 10 percent of their profits to either Planned Parenthood or the ACLU. 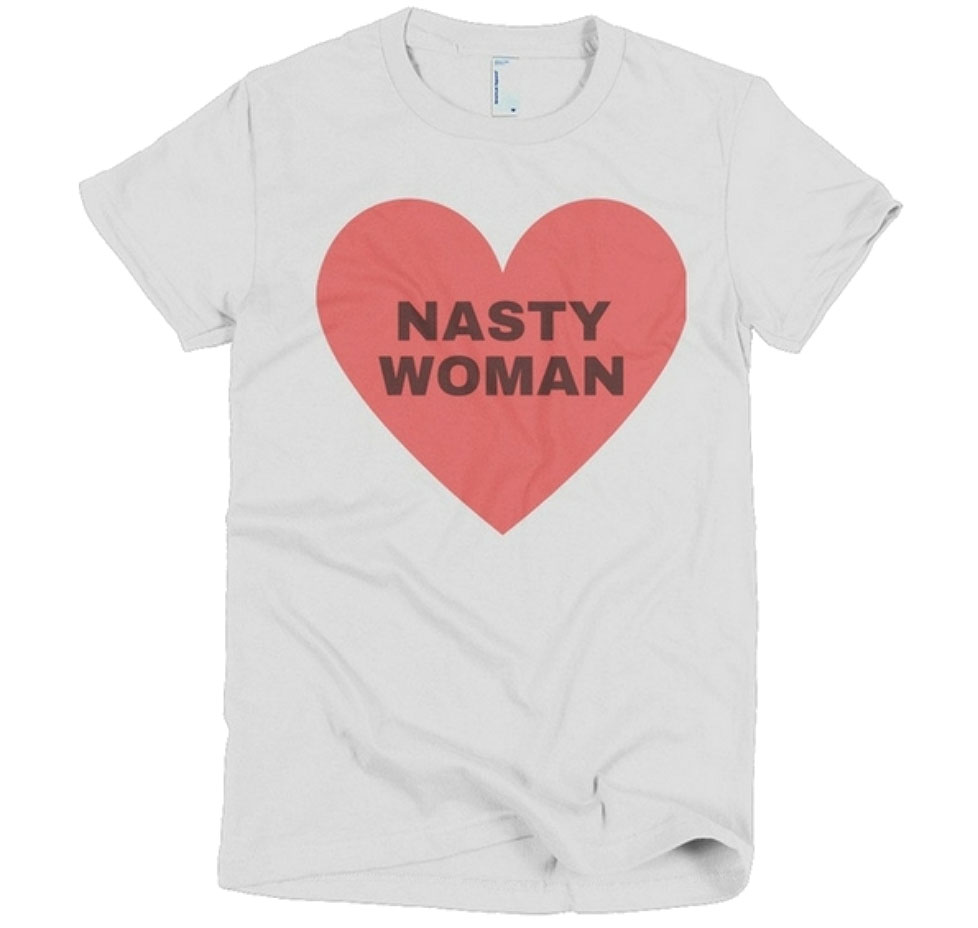 Here’s a look at what Brinkman had to say about her recent expansion.

Why did you decide to expand your platform with other feminist apparel?

One thing I noticed in terms of apparel that has feminist slogans printed across it, is a lot of times these were being made by big box companies. People who were interested in making a quick buck who didn’t [contribute a portion of proceeds to charity.] Also, often times these shirts were being made in factories that are not well regulated, with girls working in pretty hazardous conditions.

We wanted to expand the online store to more of a platform to work with independent contractors and online brands. People who give back, people who are thoughtful about where their materials are coming from, people who aren’t capitalizing on feminism, per se.

How did you choose who was going to be featured on the platform? 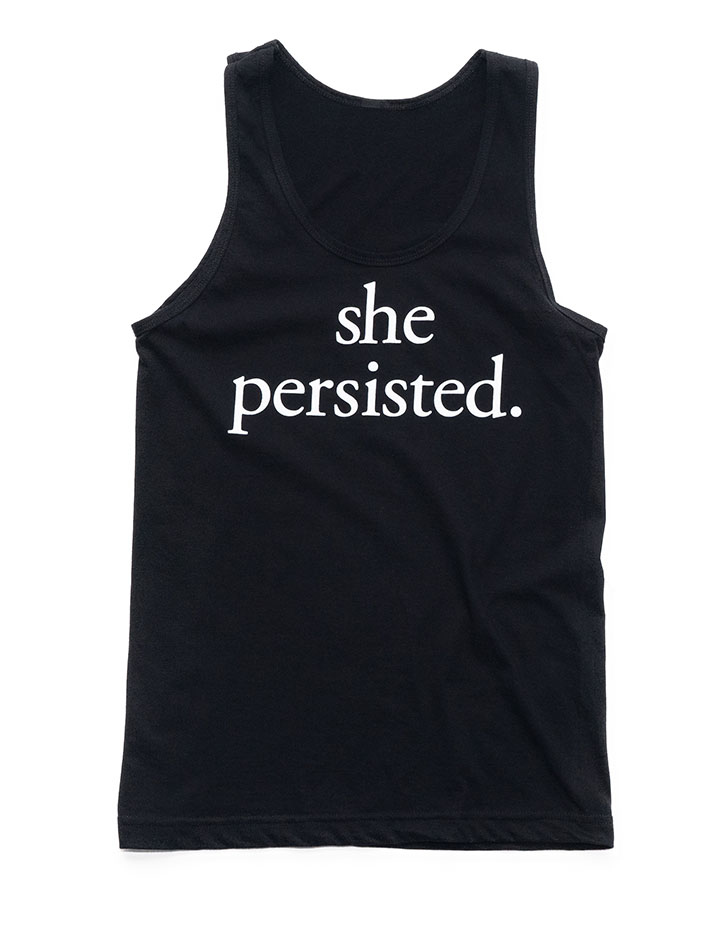 Did you expect this to be a fulltime career?

Absolutely not. It was my after-work hobby that many of my friends and family didn’t know I was doing. [My Pelican Bomb partner] Cameron and I had talked about wanting to do a brick-and-mortar store like this maybe five years from now. [Instead] it happened overnight, which was unexpected.

Do you still get people reacting to the nasty woman shirt?

Yeah, the shirt still sells pretty regularly. I think it has taken on a new meaning post-election that’s much more identifying people that are in your community or people that are somewhat like-minded. I’m not getting as much hate mail anymore — that has kind of quieted down. It was pretty crazy for a while. 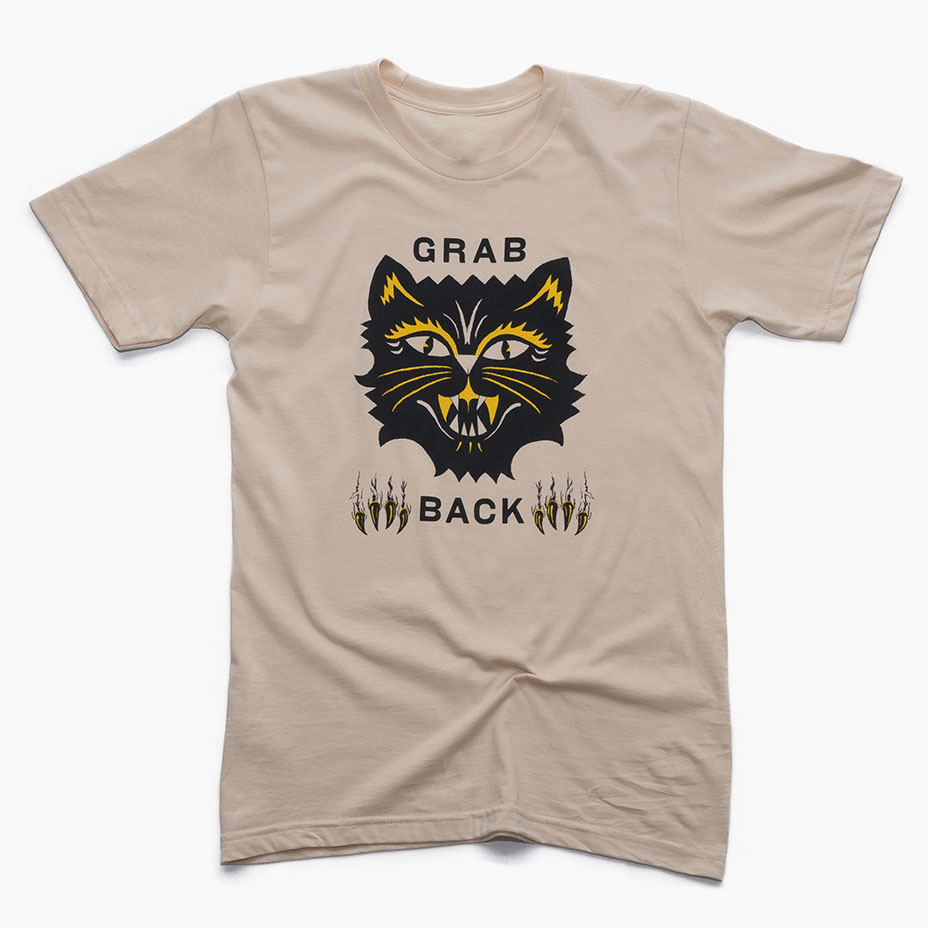 What are some of your favorite shirts from your selection?

Some of my favorites are the more naughty ones. I really love Laila Lott’s portrait of Trump with a clown nose that says ‘F— no.’ I just think it’s so funny. I also really love “The Future is Female” tee. That one is so iconic now.

I really like the “Grab Back” shirt. That design was actually a protest poster that [illustrator Kelly Abeln] made when she went to Washington D.C. for the Women’s March. So many people stopped her and asked, ‘Oh do you have that in a shirt?’ and so she went home and started making it. She actually found me.

What are your plans for the site going forward?

We are rolling out a blog section interviewing women from all over the U.S. who are working in different sectors and doing really cool work, ranging from art to cybersecurity. We are giving them a platform to talk about what they are doing in their work. Soon we’ll be highlighting some of the Nasty Woman customers who are really active in their communities, really using the site as a platform to promote this kind of community that has rapidly grown around this.

This Q&A has been edited and condensed for clarity.